New Microsoft Xbox to be Unveiled on May 21

Microsoft recently sent out invites to what seems to be the launch of the latest installment of their Xbox console. Known to those who follow the scene as the "Durango" or more commonly the Xbox 720, the "new generation" of the Xbox would directly compete price and specs-wise Sony's PlayStation 4 this coming holiday season.

While the Xbox 720's dev version cropped up on eBay a couple of times (people actually tried to sell it), lots of things still remain unclear. We've compiled the top Xbox 720 rumors out there, and hopefully all the perceived bad things don't become reality. 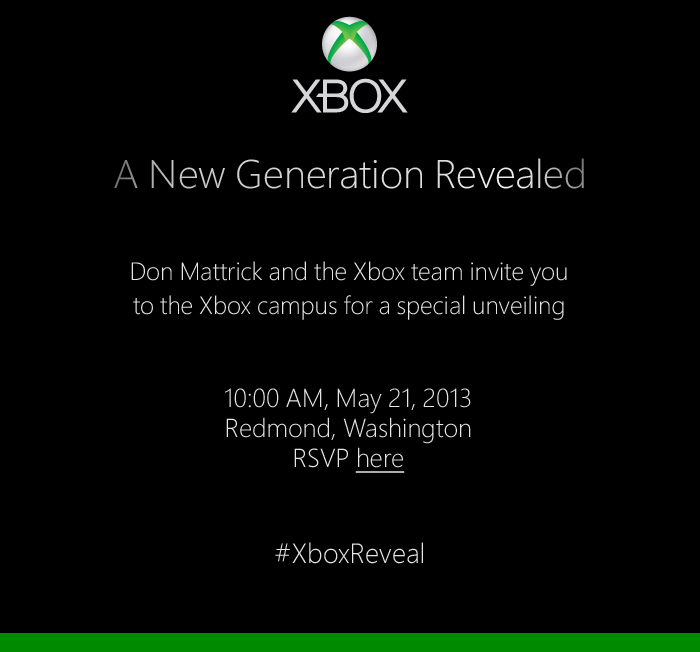 On a sidenote, there are also rumors that Microsoft will release a new Xbox 360 model codenamed "Stingray" at around $99. Do note that all of these are just that, rumors and nothing else. Let's wait for the actual reveal and reserve our nays and ayes.

Hopefully Microsoft's May 21 launch will feature a whole working unit complete with game demos, not just controllers and lots of empty pitches (I'm looking at you Sony). The event itself would be live at Microsoft's Redmond campus on Tuesday, May 21. Livestream channels would also be provided at Xbox Live.

Microsoft was recently in hot water due to the inappropriate comments of Adam Orth, the company's now former creative director.