Nokia Philippines, one of the nation's leading international mobile brands, recently launched two of their newest Windows Phone 8 devices, the sleek Lumia 720 and the budget-friendly Lumia 520. Both devices seek to augment  WP8 and Nokia's local presence in general.

The Nokia Lumia 720 is a mid-range smartphone that is being pushed as something chic and sexy (and to an extent it really is). Some of its highlights are a 4.3-inch Clear Black Display at 800x480, a 1GHz dual-core Snapdragon processor, and a 6.7-megapixel Carl Zeiss BSI rear camera. 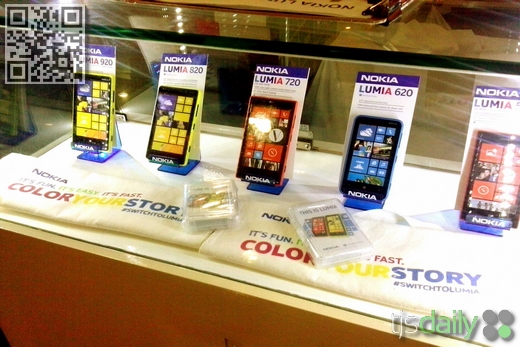 The Nokia Lumia 520 on the other hand is the company's entry-level Windows Phone 8 device. It's perfect for those who are probably looking for secondary phones that run a relatively new OS without shelling out too much cash.

Both Nokia Windows Phone 8 devices are now available at the market for P14,950 and P7,990 respectively. Both devices are also available in a multitude of colors.

On a side note, Nokia Philippines is encouraging users to "test drive" the Lumia 720. With a deposit fee of P5,000, approved users will be loaned a Lumia 720 for 5 days, presumably to try out everything WP8. If you're interested, go here: http://apps.facebook.com/lumiatestdrive/