I had the chance to play with this device for a couple of weeks, and let me tell you that for its price point, it behaves way, way better than I was expecting. Interested? Let's get this Cloudfone Excite 400d review going then.

The Cloudfone Excite 400d sports a simple slate design. There are no extra switches, just pure straightforward working design. Nevertheless, it's all plastic (except the camera bezel). 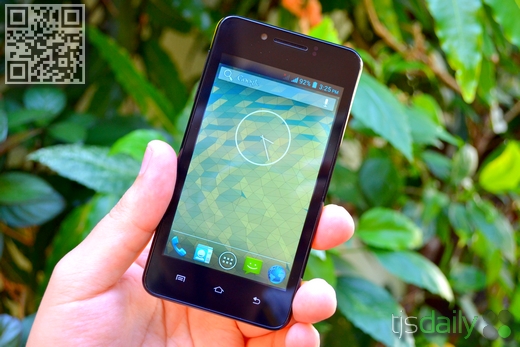 The front carries a gorgeous 4-inch display, three haptic buttons (optimized for Jelly Bean), the front VGA camera, a basic-looking earpiece, and a couple of sensors.

The rear meanwhile carries the interchangeable plastic shell, a 5-megapixel camera with flash, and an external speaker at the lower left. To Cloudfone's credit, they kept the whole of the device free from unneccessary markings, especially that dreaded "5.0-MPXL CAMERA WITH FLASH" branding. 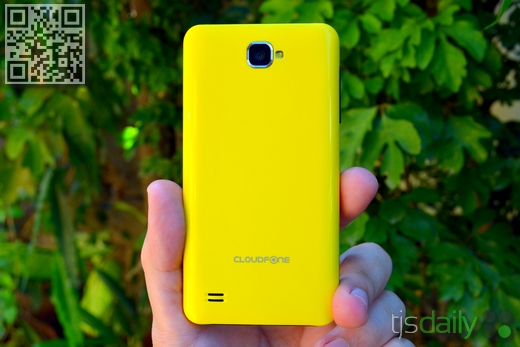 The sides contain a plastic volume rocker (top-left), a 3.5mm audio port (top), a sleep/wake button (top), and a microUSB/charging port (bottom). Aside from that, there's nothing more.

The device, although 99.9% plastic on the outside, doesn't feel cheap. It has enough weight, it's well made (see: no excess plastics), it sits right in the hand perfectly, but unfortunately it's very prone to fingerprints and smudges. It can be mistaken for an entry level Samsung Galaxy or Lumia from afar, depending on the interchangeable shell* you attach. 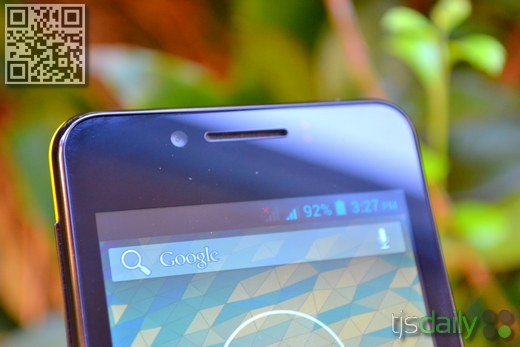 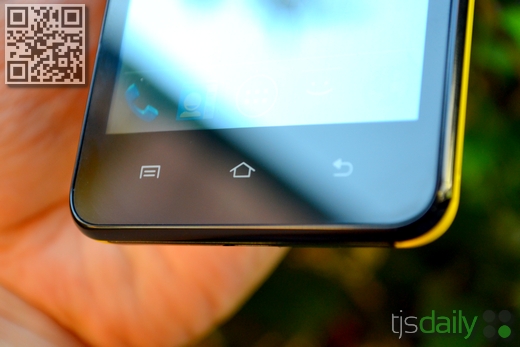 The Cloudfone Excite 400d sports a 4-inch WVGA IPS display at 800x480 resolution. At this display size, WVGA is very precise and doesn't look like a pixelfest. 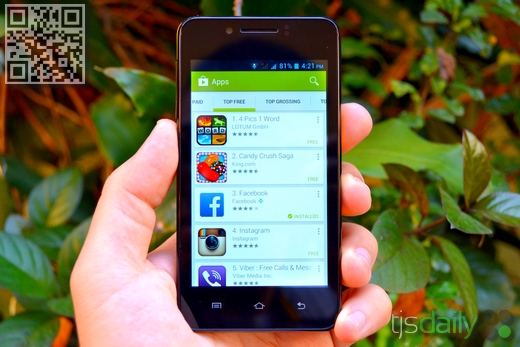 The display is 5-point multi-touch, has zero signs of ghosting or blurring, and has one of the best viewing angles I've seen. The screen is also color rich and has lively colors. Unfortunately, the display—even at maximum brightness—still seems dim.

The Cloudfone Excite 400d runs on stock Jelly Bean UI (which is great, since a lot of people want stock). There are absolutely no lags on home to drawer transition and at drawer swipes. This smoothness hints at one thing: The device's software is well-implemented. 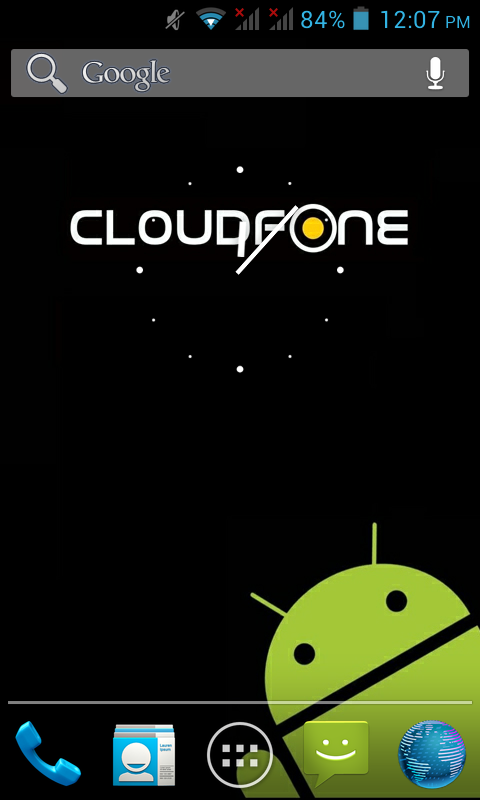 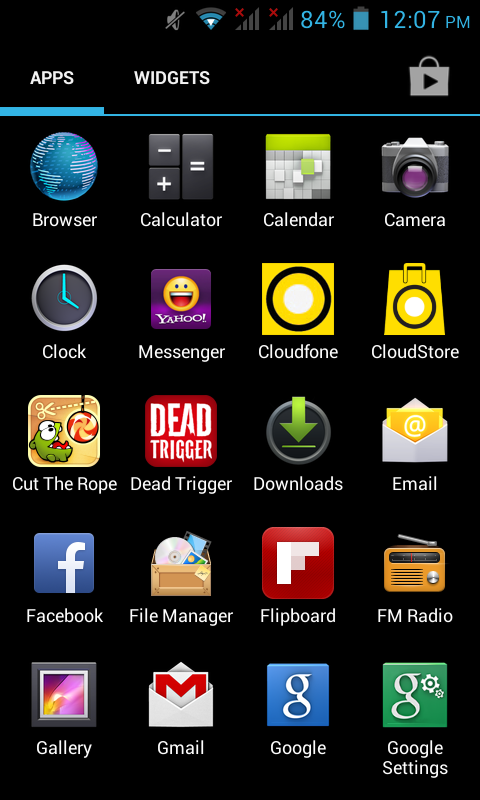 The touch display is very responsive. There are no missed touches, no wrong presses, and the like. There's also no shaking screen while charging.

The auto-brightness feature functions correctly. And as a bonus, the package includes a screen guard.

Being a budget dual-core device, I expected the Cloudfone Excite 400d to perform at par with devices running a similar configuration. What's great is it fetched better numbers at benchmarks than its counterparts on some tests.

The Cloudfone Excite 400d operates on a 1GHz dual-core MTK 6577 processor and 512MB RAM. Benchmarks below. 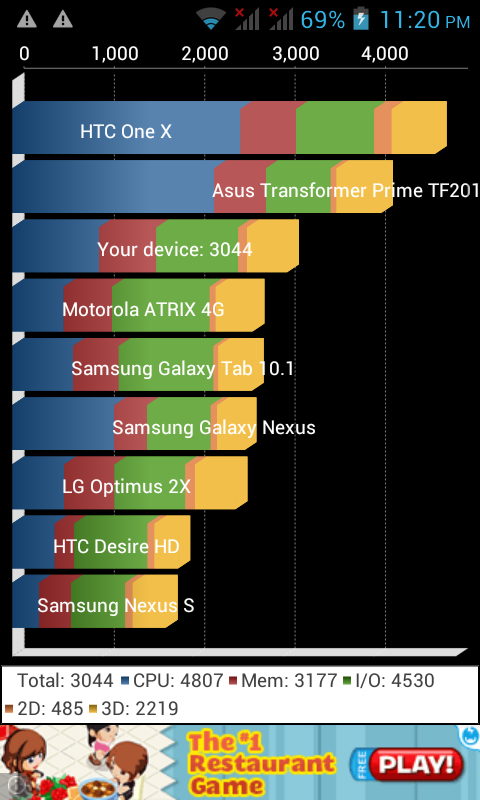 The device fetched a neat 3044 points at Quadrant Standard (vs the Thrill 430x's 2924 and the Flare's 2882), by far the highest score fetched of all the local Androids I've reviewed, and to think that this is touted as the most affordable Jelly Bean device out there. 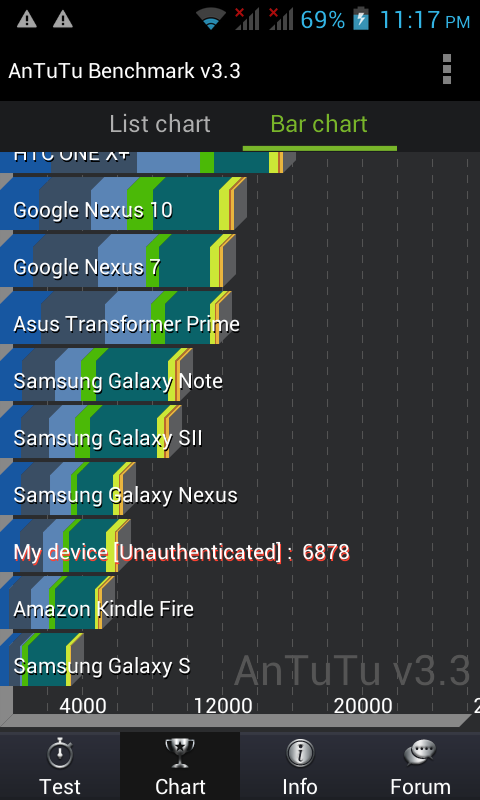 Other benchmarks are as follows: 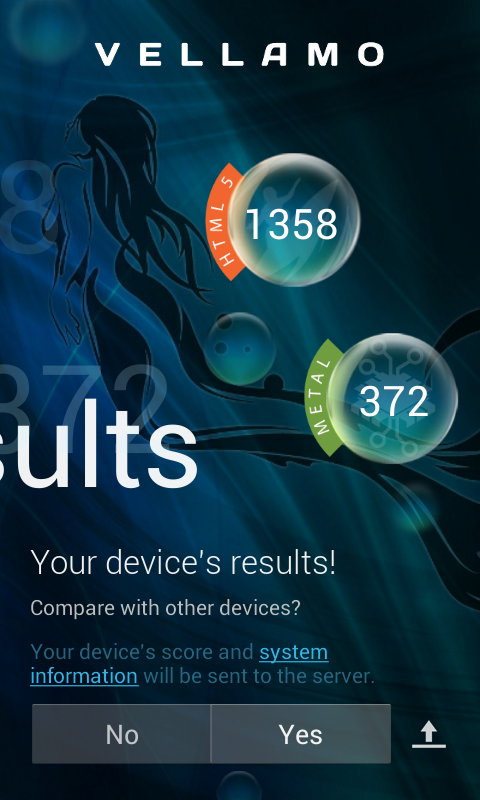 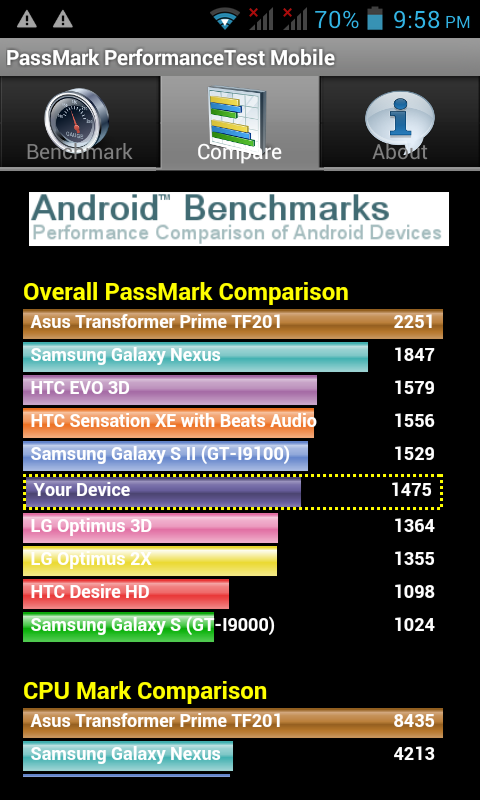 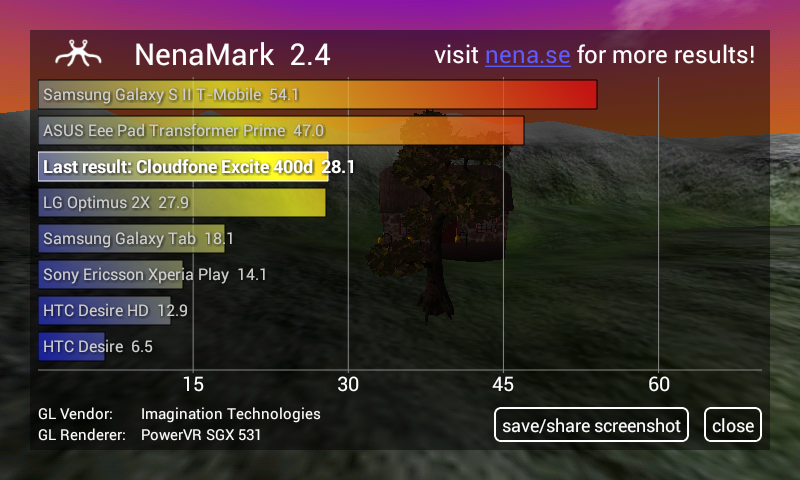 Regardless of the benchmarks, the Cloudfone Excite 400d is one great device. As mentioned above, this device is marketed as the most affordable Jelly Bean. You won't expect over-the-top hardware, but everything is so refined to the tee (software included) that you would have a hard time believing it's as cheap as it is.

The native browser renders quickly and correctly and plays Flash right out of the bat. 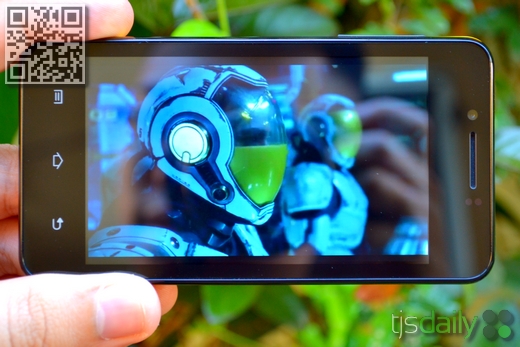 With regards to sound, the Excite 400d  pretty much is more than okay. It reproduces highs and mids correctly while the lows are barely there. To this effect, it doesn't sound canny and pitchy. It also sounds louder and more whole than your average local smartphone (vs the Cherry Mobile SkyFire).

The stock headphones of the device work properly and is just about okay. The highs and mids are there, although the bass could do better. You can either use earfoams for this or use a better pair of headphones.

The Cloudfone Excite 400d's earpiece is loud and clear.

Light gamer? The Cloudfone Excite 400d can handle the toughtest casual game the Play Store has to offer: Temple Run 2, Manuganu, Sporos, and whatnot. It can also handle heavier games such as Dead Trigger, Shadowgun: Deadzone, and CSR Racing at medium to high settings. 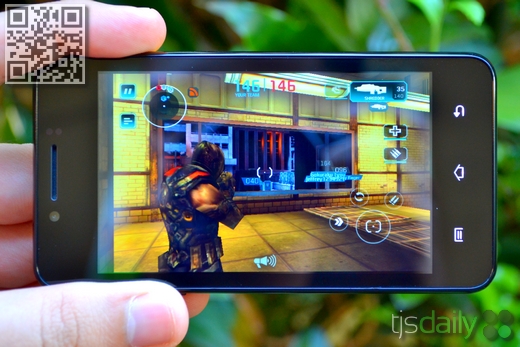 With regards to gameplay, the device surprisingly plays smoothly. I was unable to observe any lag or stutter during a session of Shadowgun: Deadzone (it reminded me of my Galaxy Note II). I was playing with a clean system though, totally no background apps. 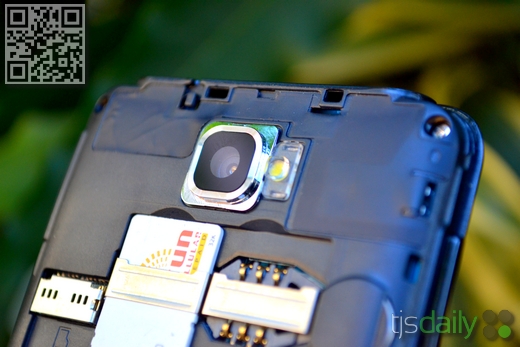 The Cloudfone Excite 400d sports a 5-megapixel main camera with autofocus and flash. Sample shots below: 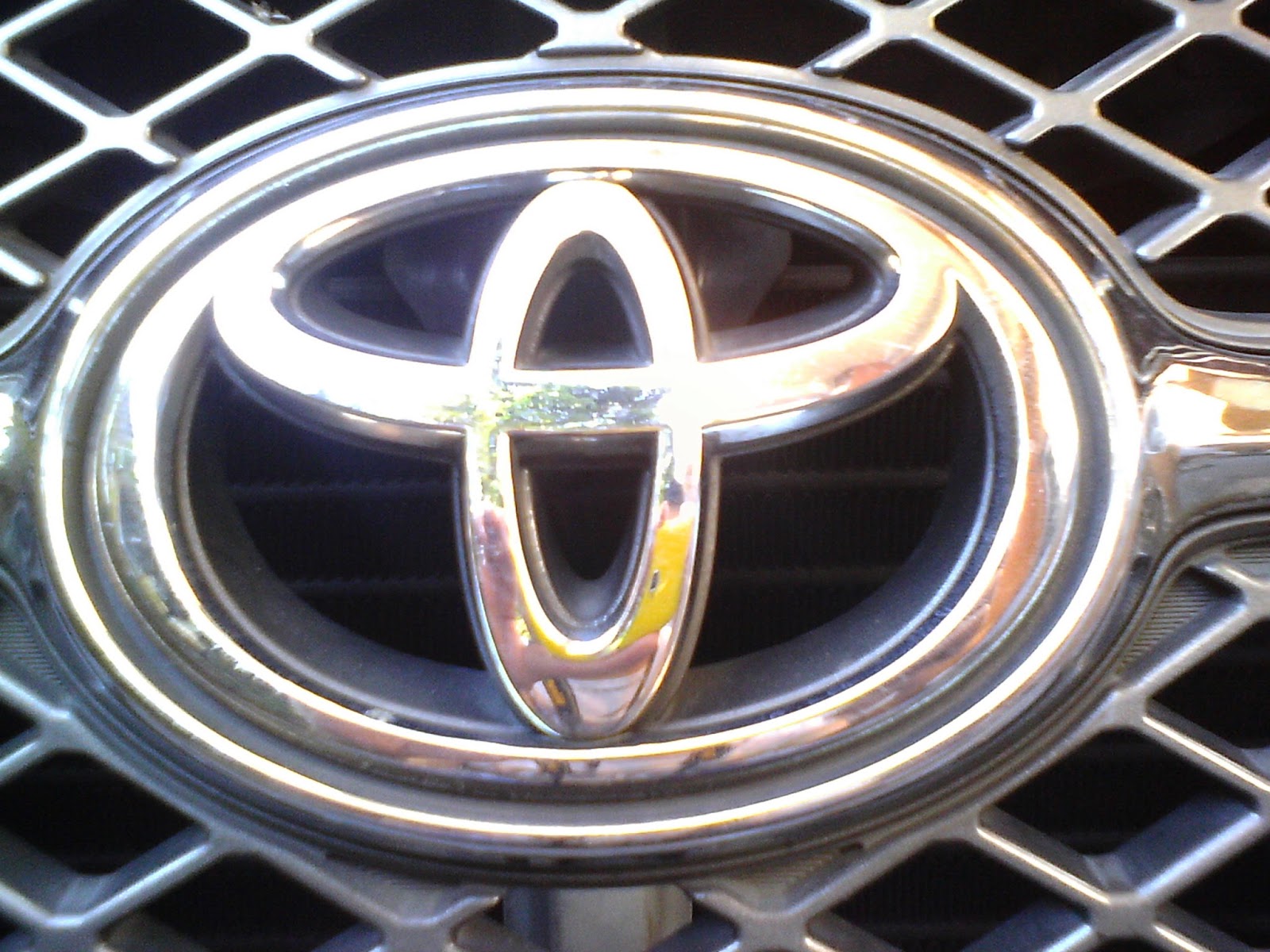 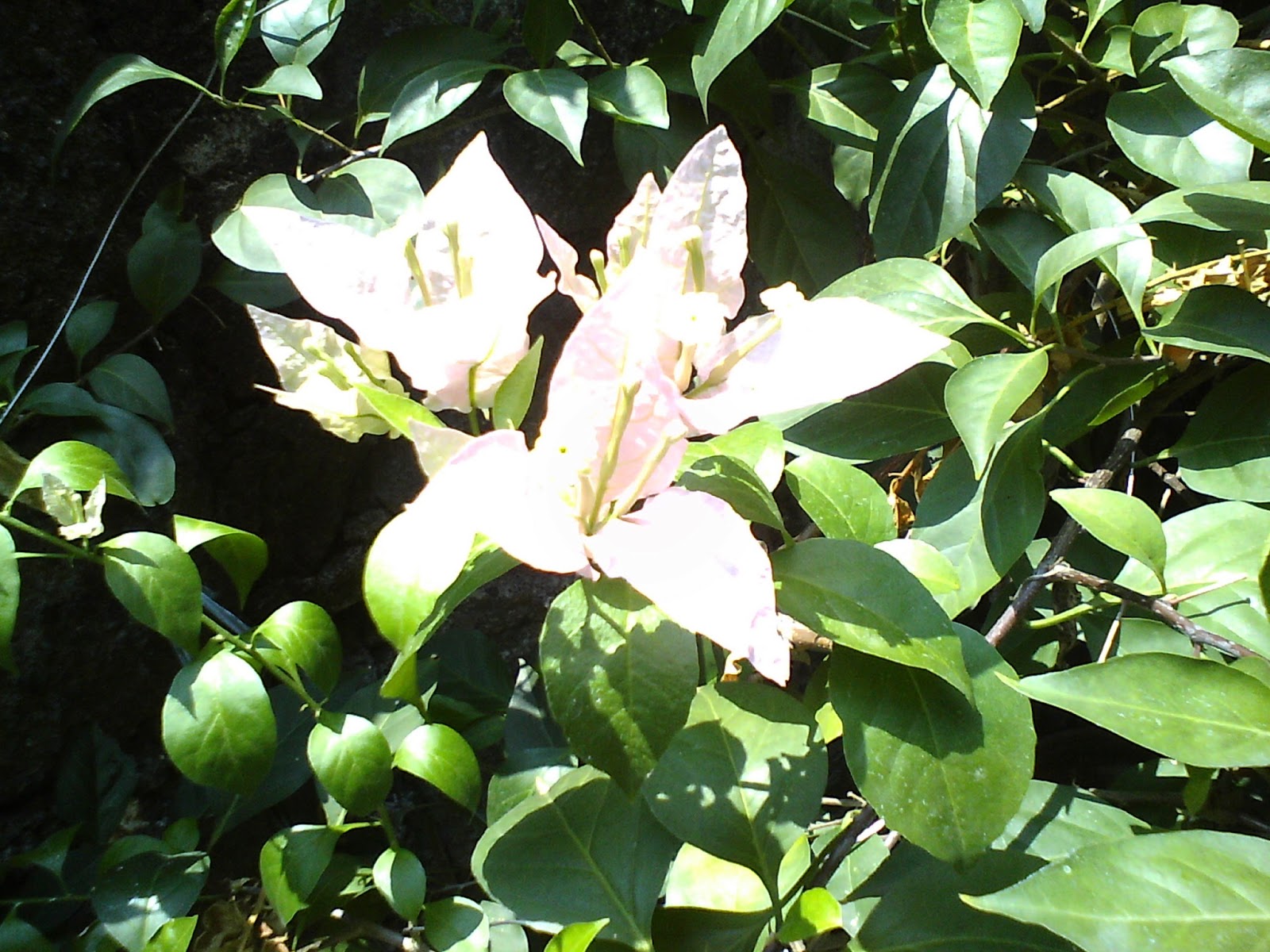 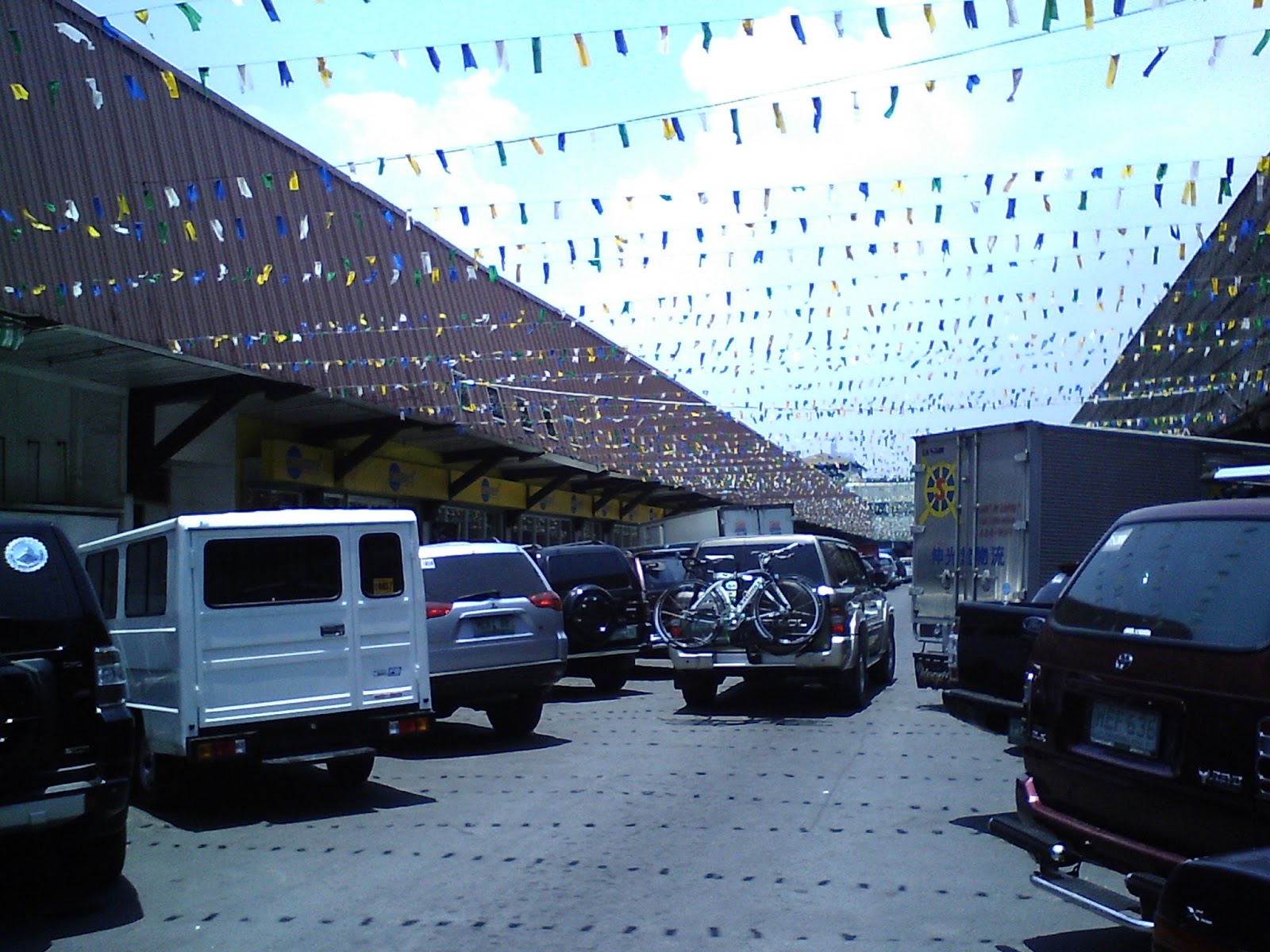 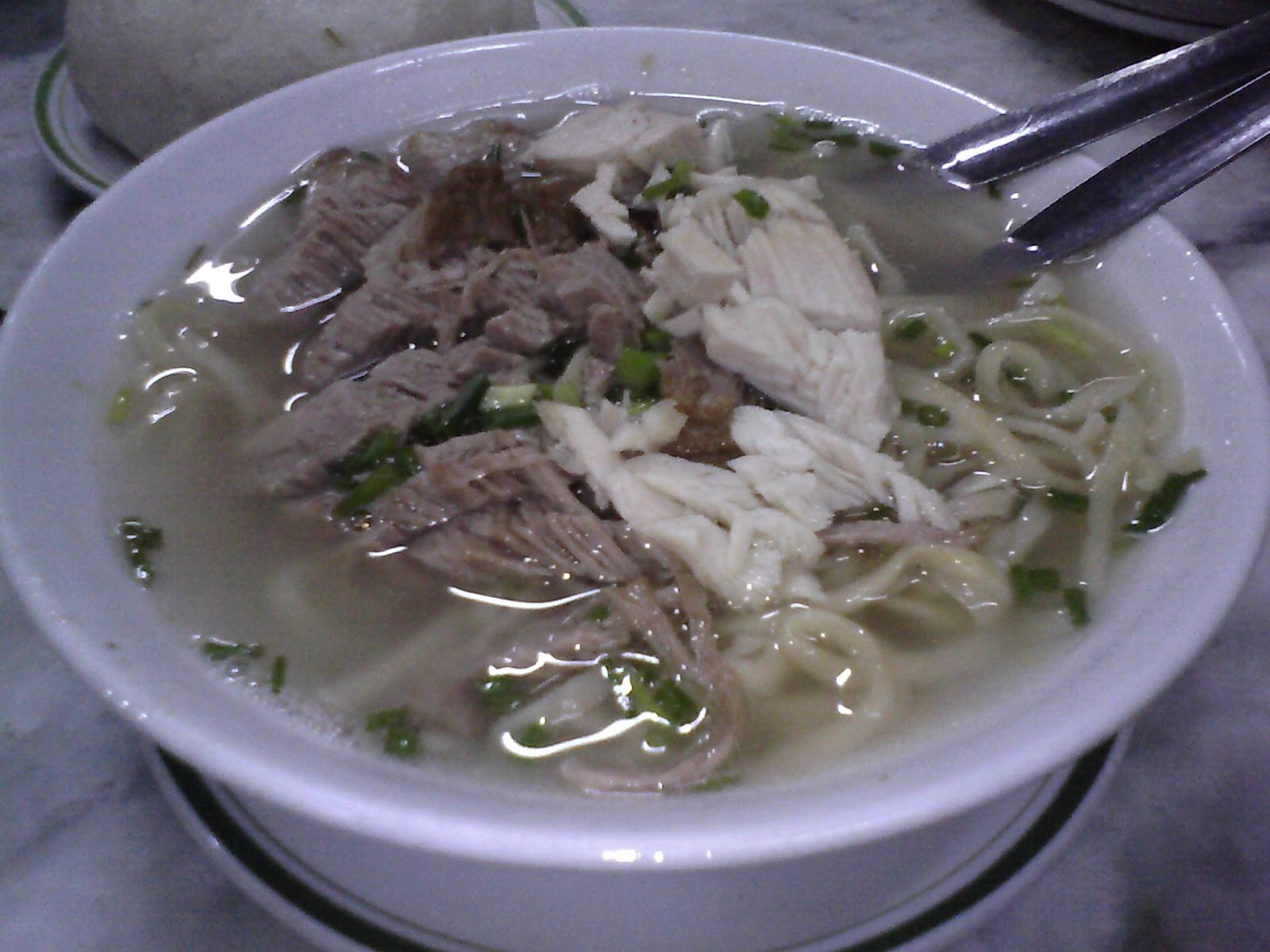 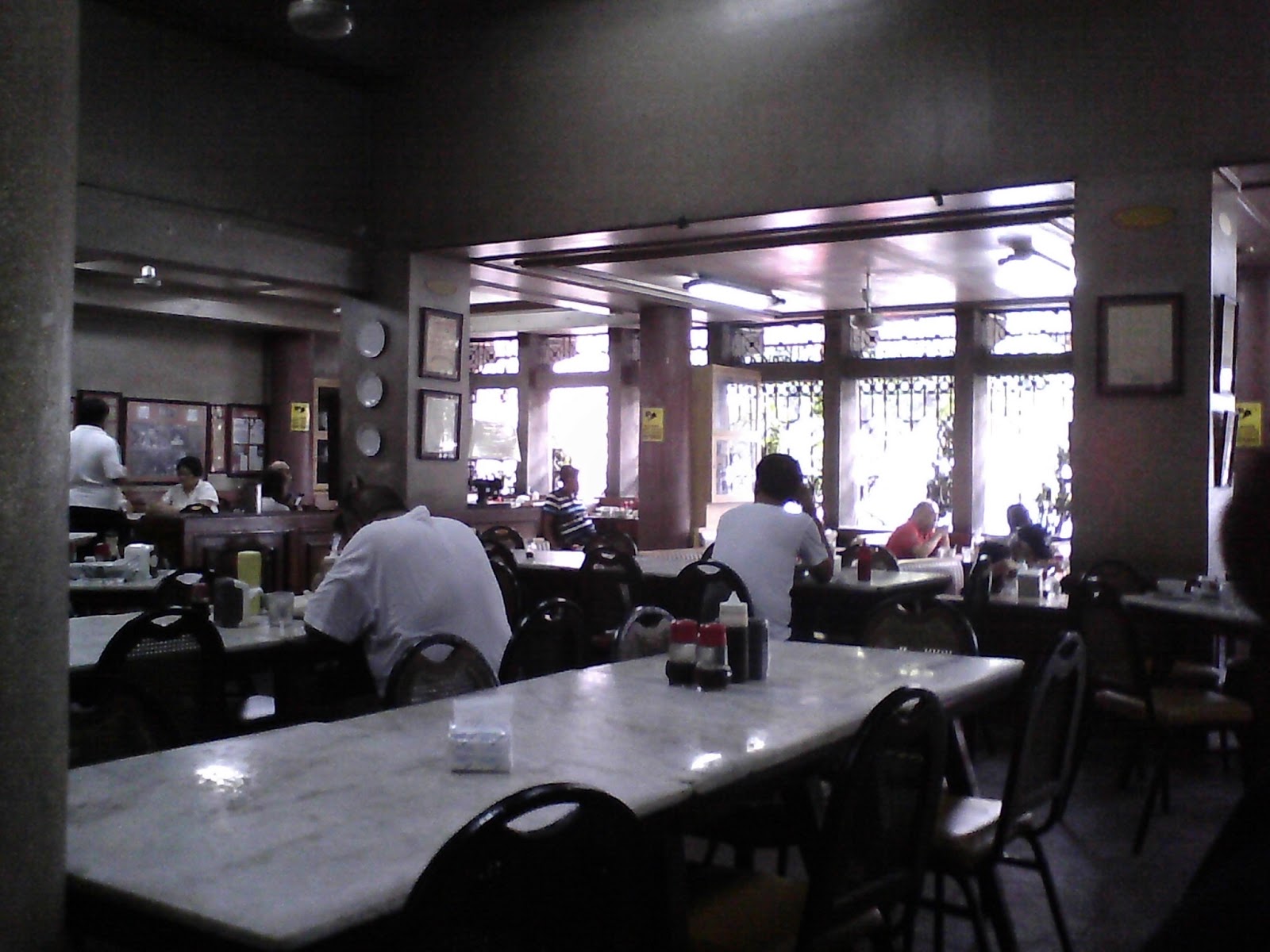 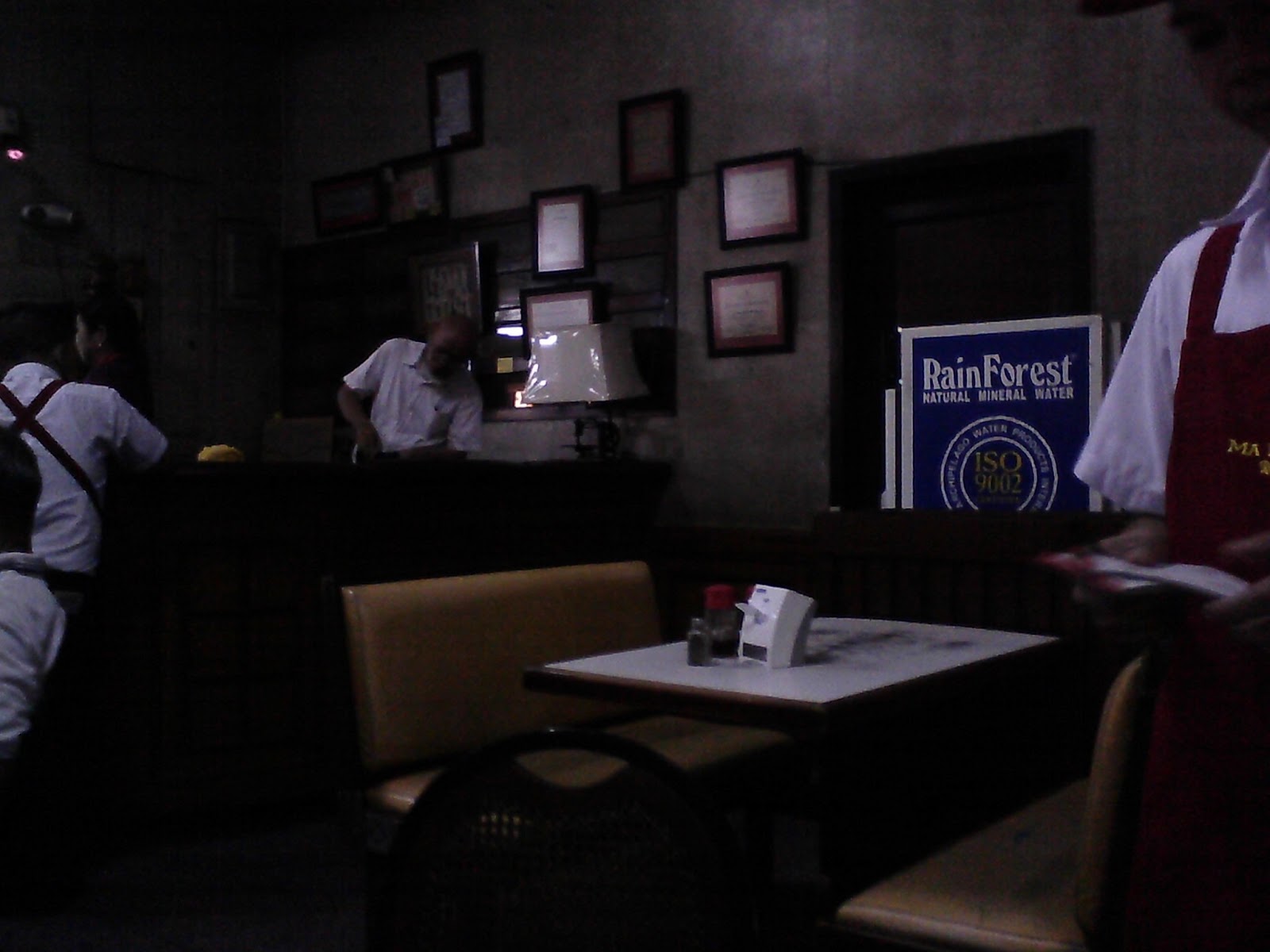 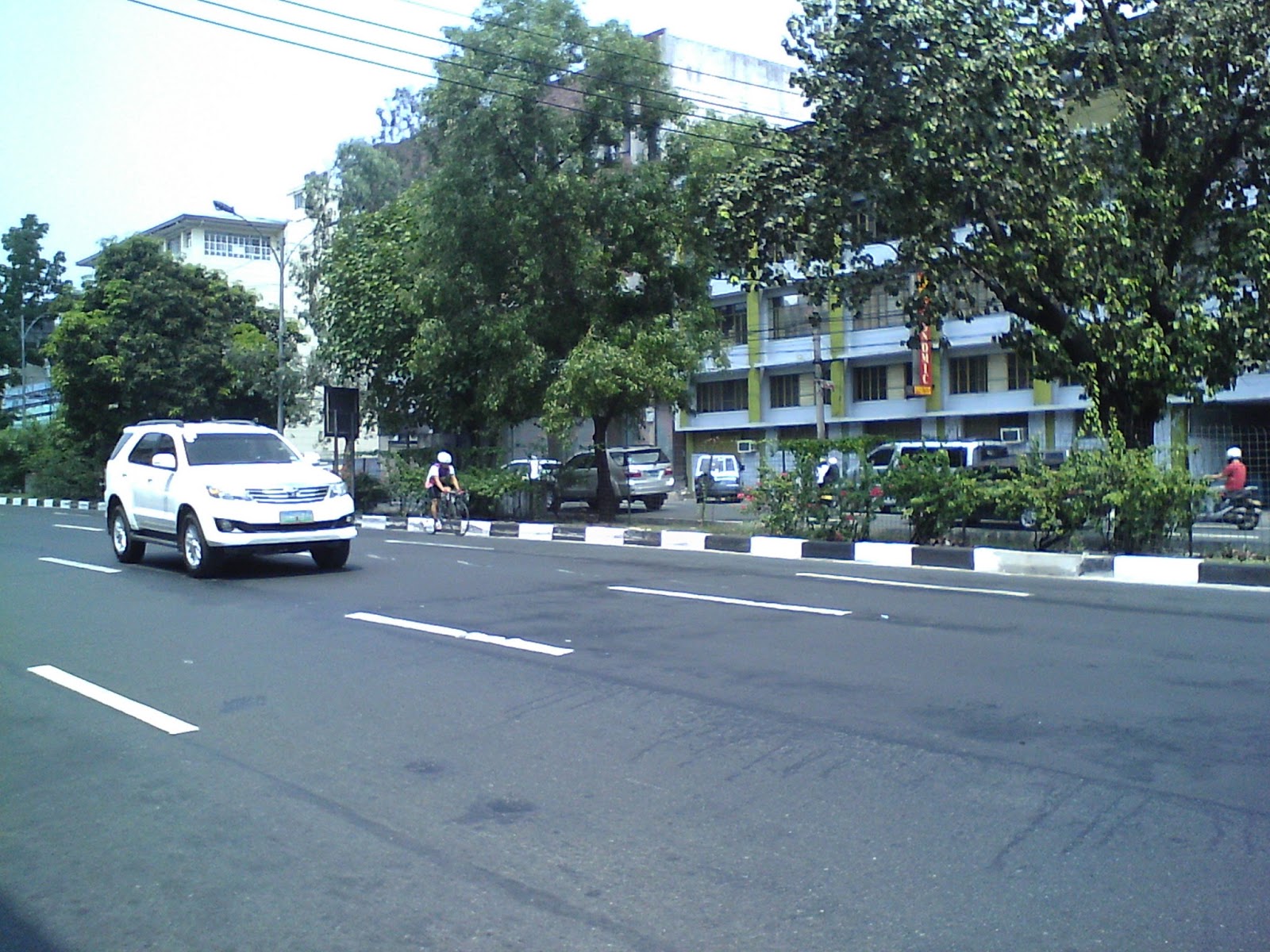 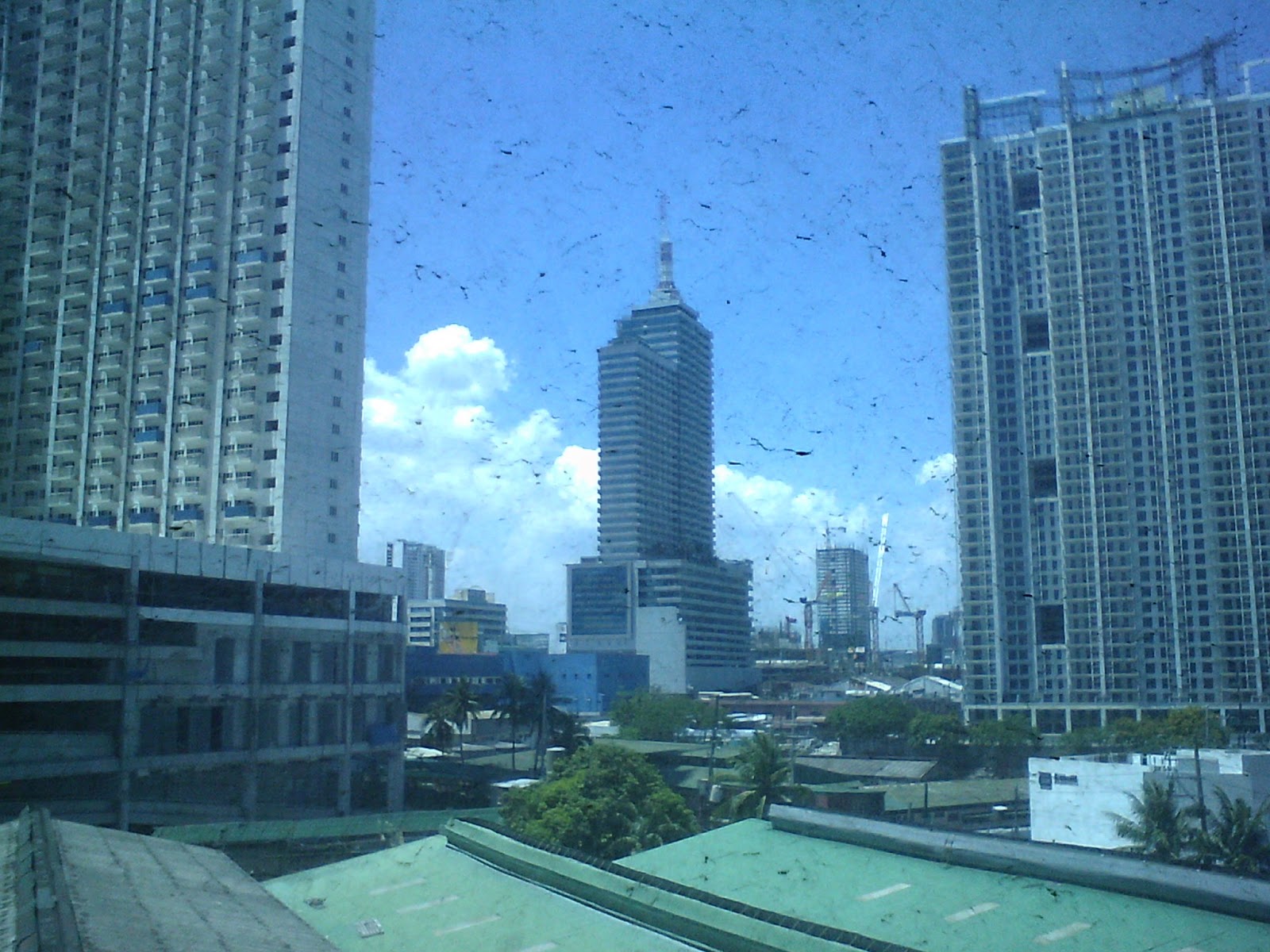 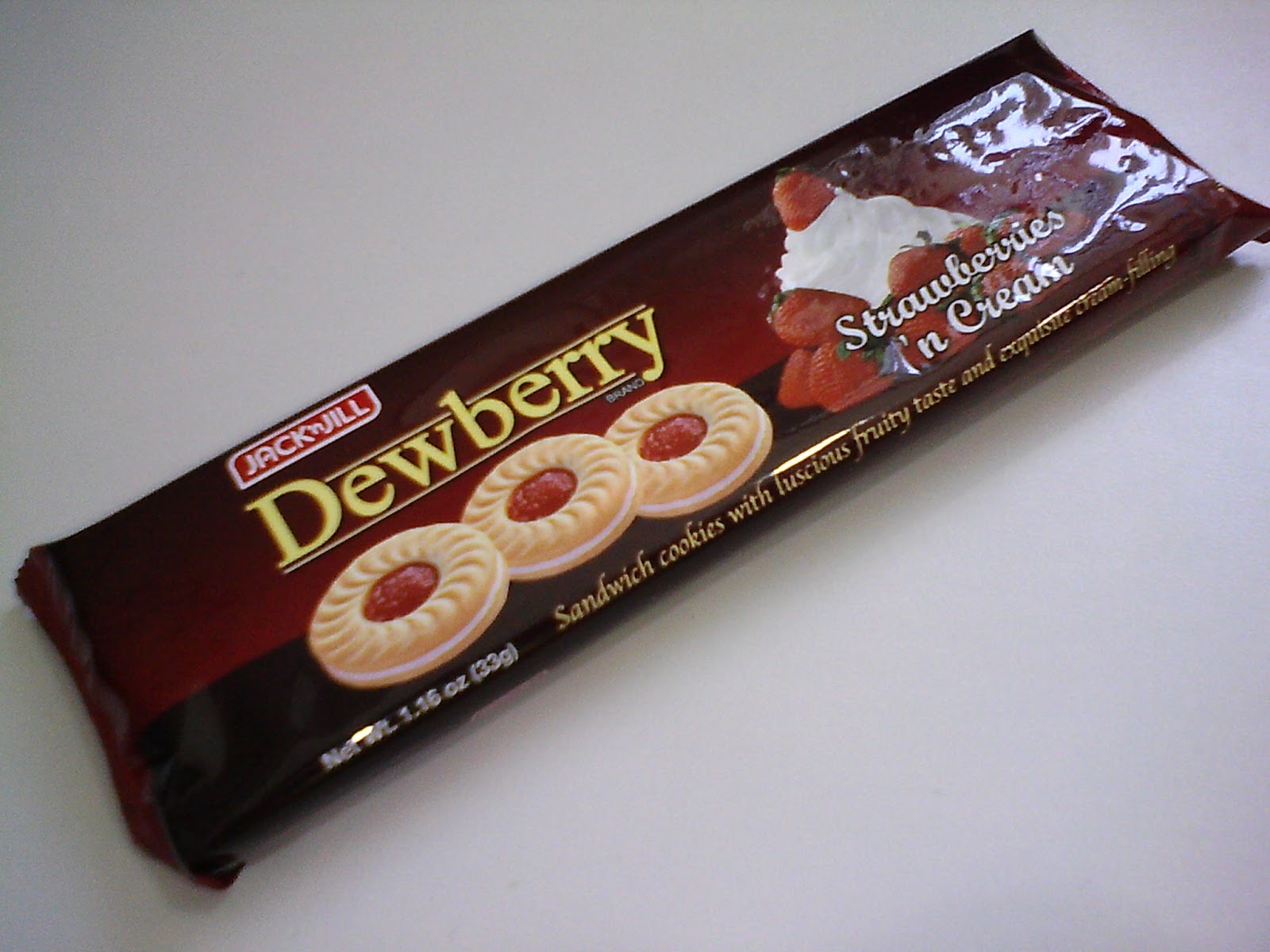 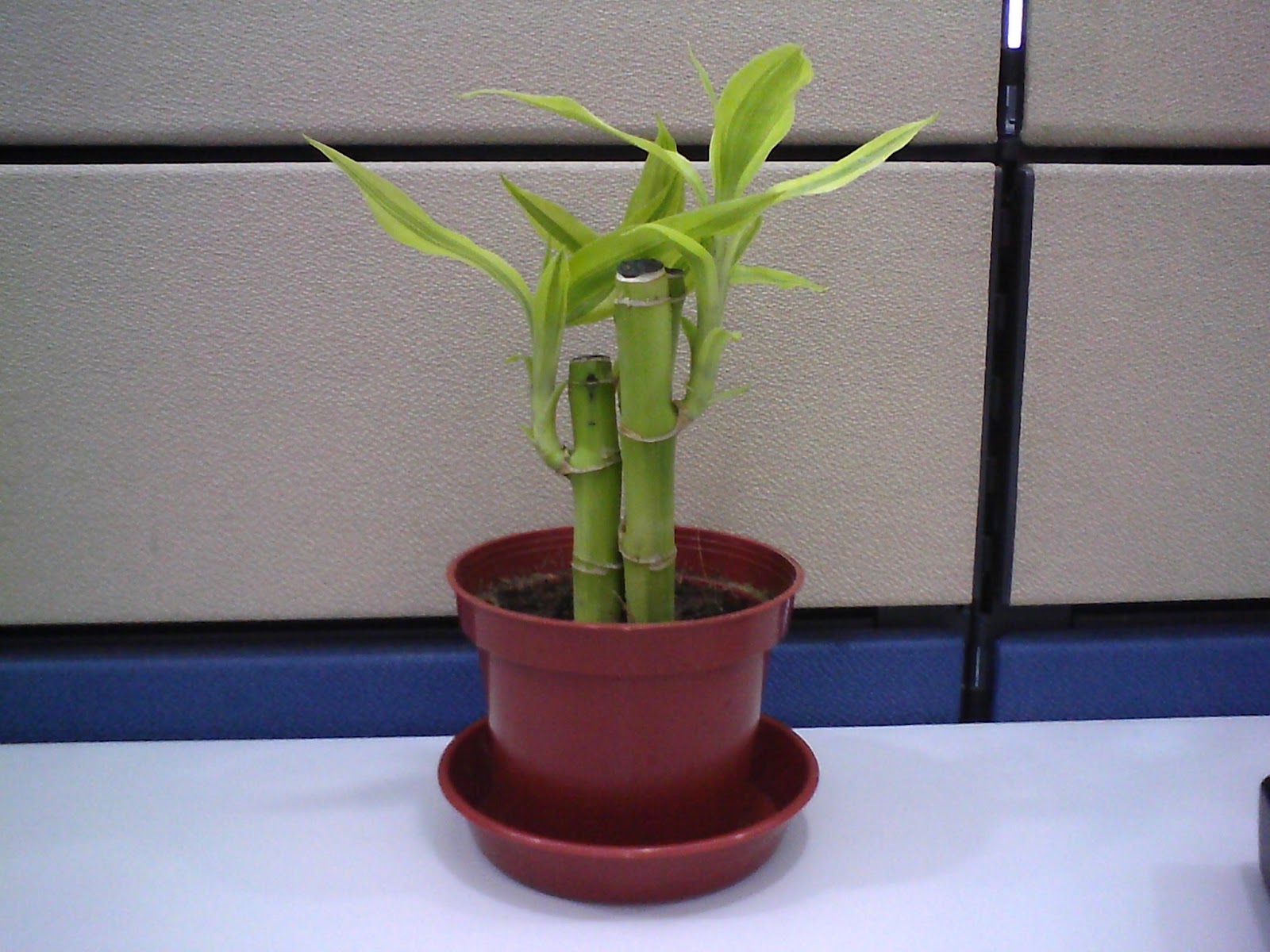 It's safe to say that photos aren't one of the strong points of this device. Photos taken on bright environments tend to have a defined bluish hue. This can be fixed through a quick edit at the device's native photo editor.

The camera has near zero shutter lag.

The Cloudfone Excite 400d sports a 1400mAh Li-ion battery, probably the dual-core device with the lowest battery rating to date. To its credit, it actually lasts as long as some of its counterparts. Ordinary usage brings about 7-8 hours of battery life while heavy usage brings about 3-4 hours. Lastly, charging takes 2 1/2 hours. 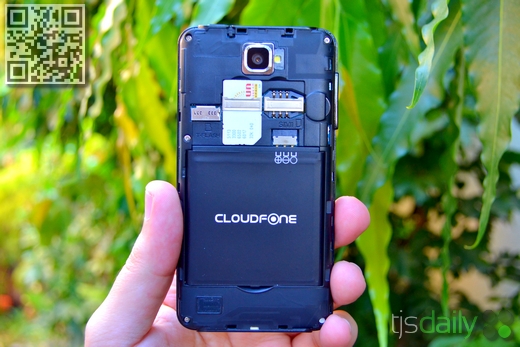 The device does not suffer from any battery reading bugs.

The Cloudfone Excite 400d stays true to its marketing while being of quality. It's affordable, it's strong, and it is up-to-date. Navigating the UI, using all the functions successfully, and not experiencing forced closes on heavy games are also are a joy, especially since you'd expect entry-levels like this to be half-baked. 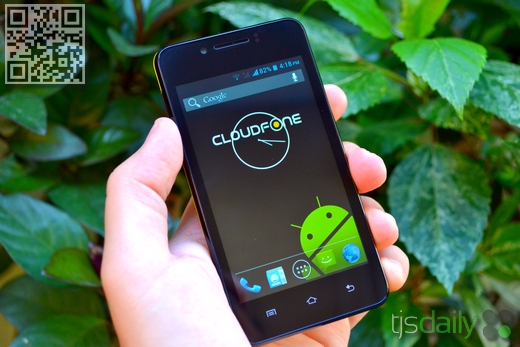 If you don't mind the seemingly mediocre battery life and the so-so camera, the Cloudfone Excite 400d is definitely a good buy. It's already out on the market at selected stores with an SRP of P4,499.