Arc Mobile, a relatively new player in the local mobile industry, has teased that its quad-core device, the Nitro 450QD, is going to be available soon.

The Arc Mobile Nitro 450QD is a 4.5-inch qHD Android 4.2 device that sports a 1.2GHz quad-core processor and 512MB RAM. We have all the reason in the world to believe that this Android would be cheaper than the Cherry Mobile Thunder 2.0, because of factors such as, but not limited to, specifications differences and industry position. Plus, this editor thinks that a lower price is necessary for the Nitro 450QD to steal the thunder of the Thunder 2.0. 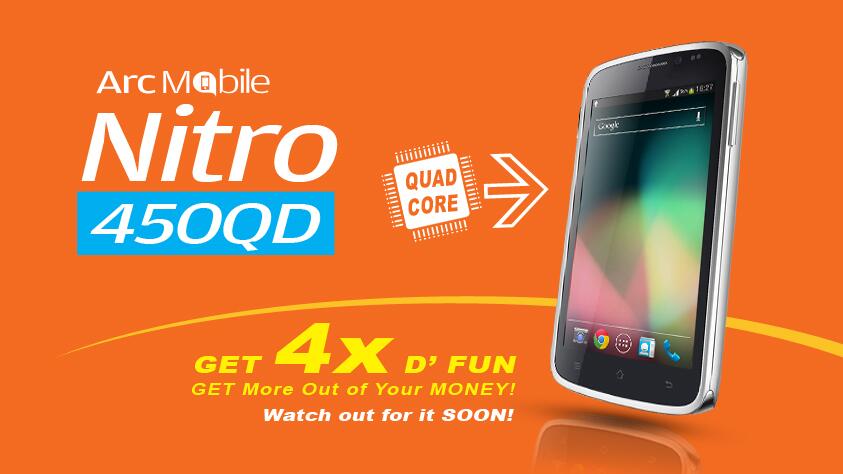 Arc Mobile Nitro 450QD Availability and Price in the Philippines

The Arc Mobile Nitro 450QD, according to the company's official Twitter account, is going to be available soon. We're prediciting that its main release wopuld be in Metro Manila followed slowly by the provinces. We're estimating that its price would hit a max of P6,000 but would sell for around P5,800.