Cherry Mobile, in connection with its Junetastic campaign, recently released another teaser poster featuring what could be one of the Philippines' thinnest Android devices (the title of which still belongs to the Alcatel One Touch Idol Ultra), and we have good reason to believe that it's the Cherry Mobile Razor.

Recent leaks from Cherry Mobile Thailand revealed a treasure trove of data, starting from the Omega HD 2.0 to the Thunder 2.0. And now, it looks like for the first time we don't have a device with the 2.0 identifier in its name.

Also known as the Cherry Mobile Blade, the Cherry Mobile Razor is a 4.5-inch qHD IPS Android 4.2 Jelly Bean device that sports a 1.2GHz quad-core processor, 1GB of RAM, and an 8-megapixel camera. Its shape and tapering are reminiscent of the company's old Androids the Cherry Mobile Magnum and Magnum 2X. One thing that's a little bit surprising here is this is possibly the company's first single-SIM smartphone in years (or I could be wrong). More details after the jump. 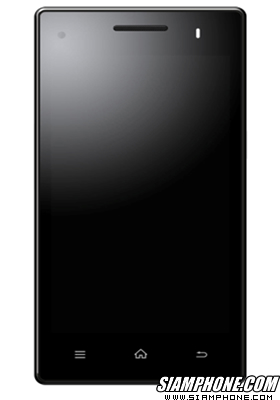 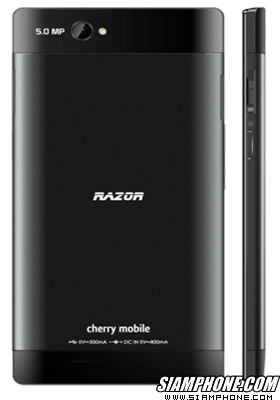 The Cherry Mobile Razor, considering it has been already teased, may be officially revealed in the coming week(s).With its specifications, plus the lack of the common dual-SIM configuration found in most Cherry Mobile devices, we're expecting this to sell here at around P7,999, the same price as the Cherry Mobile Skyfire 2.0.

So, what do you think about the Cherry Mobile Razor? It's thin and it looks good too. Would you buy it? Tell us what you think at the comments box below.