The Samsung Galaxy S4 — the device that made tsunamis of good and bad when it was announced— is arguably the best smartphone in the world, at least performance-wise. This second coming of Samsung's previous flagship has even been branded as a life partner. There's probably some truth to that, then again it depends on the person using it.

The Samsung Galaxy S4 definitely sports a better design (which coincidentally resembles the Note 2 more) compared to its predecessor, but it still uses the same plastic material that most consumers found cheap. In its defense, the S4's plastic is tough, flexible, and durable. The shell itself also forms a diamond pattern all throughout the device. 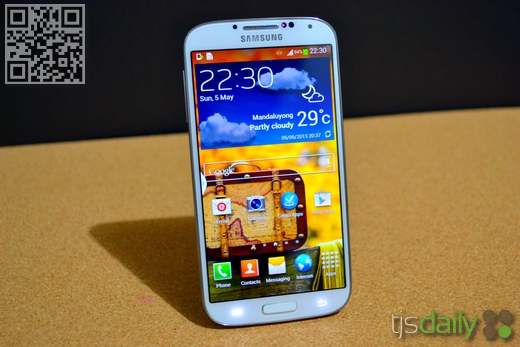 The rear meanwhile is almost bare and very clean. It features a 13-megapixel rear camera—styled in typical Samsung fashion—with AF and LED flash, a generic speaker grill at the bottom left, and a very nice chromed Samsung logo located mid-center. 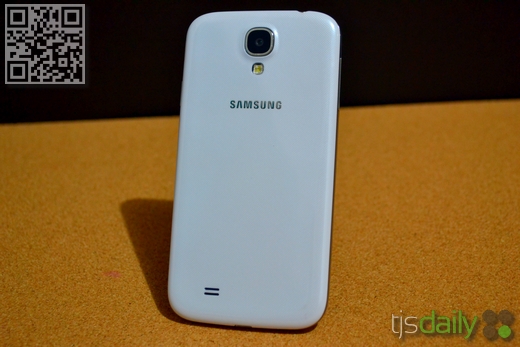 Located at the right side of the device is the sleep/wake button; the volume rocker sits comfortably at the top left side; the top side is where the 3.5mm audio jack and the IR blaster are located; at the bottom are the microUSB/charging port and the mic, all wrapped in a metal, stainless steel-ish bezel.

The Samsung Galaxy S4 was very nice to feel and hold. And despite its seemingly massive size (at 5-inches diagonally), it was no more larger than my 4.7-inch Cherry Mobile Skyfire. 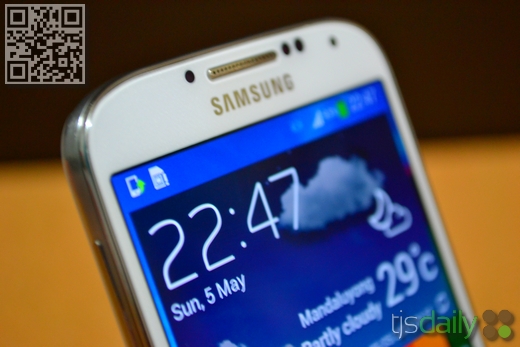 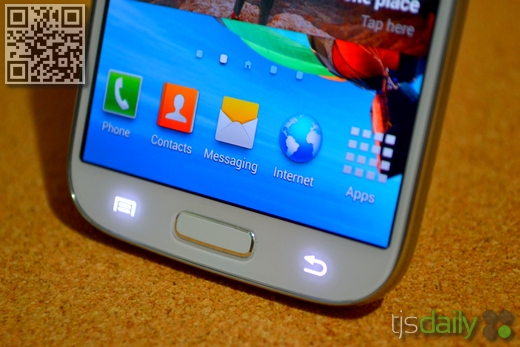 It doesn’t feel plasticky or cheap, rather it feels solid to the touch and has just the right weight. The problem with its plastic body (and as with all glossy devices) is that smudge form over it rather quickly making it all greasy and slippery.
The button placements are placed in convenient and easy-to-reach positions, even with one hand.

As mentioned above, one of the major issues regarding the Galaxy S4's design is the heavily similarities it shared with its predecessors. Samsung clearly played it safe on this one. 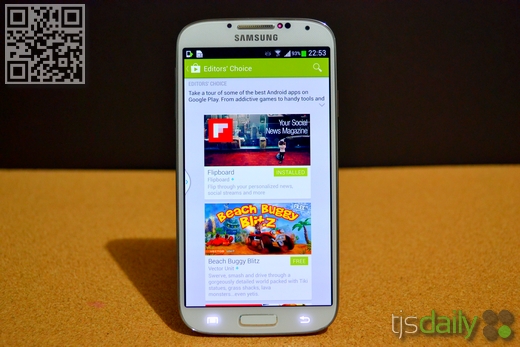 The S4's display—for lack of better words—is very beautiful. Details are clearcut, colors are vivid and vibrant, and the screen's viewing angles are wonderful. Animations and transitions are very fluid, adding more to the premium experience only a few devices can deliver. One thing that you'll notice—and only if you're really really observant—is the display's tinge on the white leaning on a semi-yellow.

The Samsung Galaxy S4, as with most of the Galaxy line, employs the Touchwiz UI. There are major and minor tweaks with this iteration of Touchwiz (as compared to my GN2), one being the weather widget; The app drawer is now limited to a 5x4 grid, with former devices running on 5x5; Dual screen features and the ever-useful sidebar are still present in the Galaxy S4. 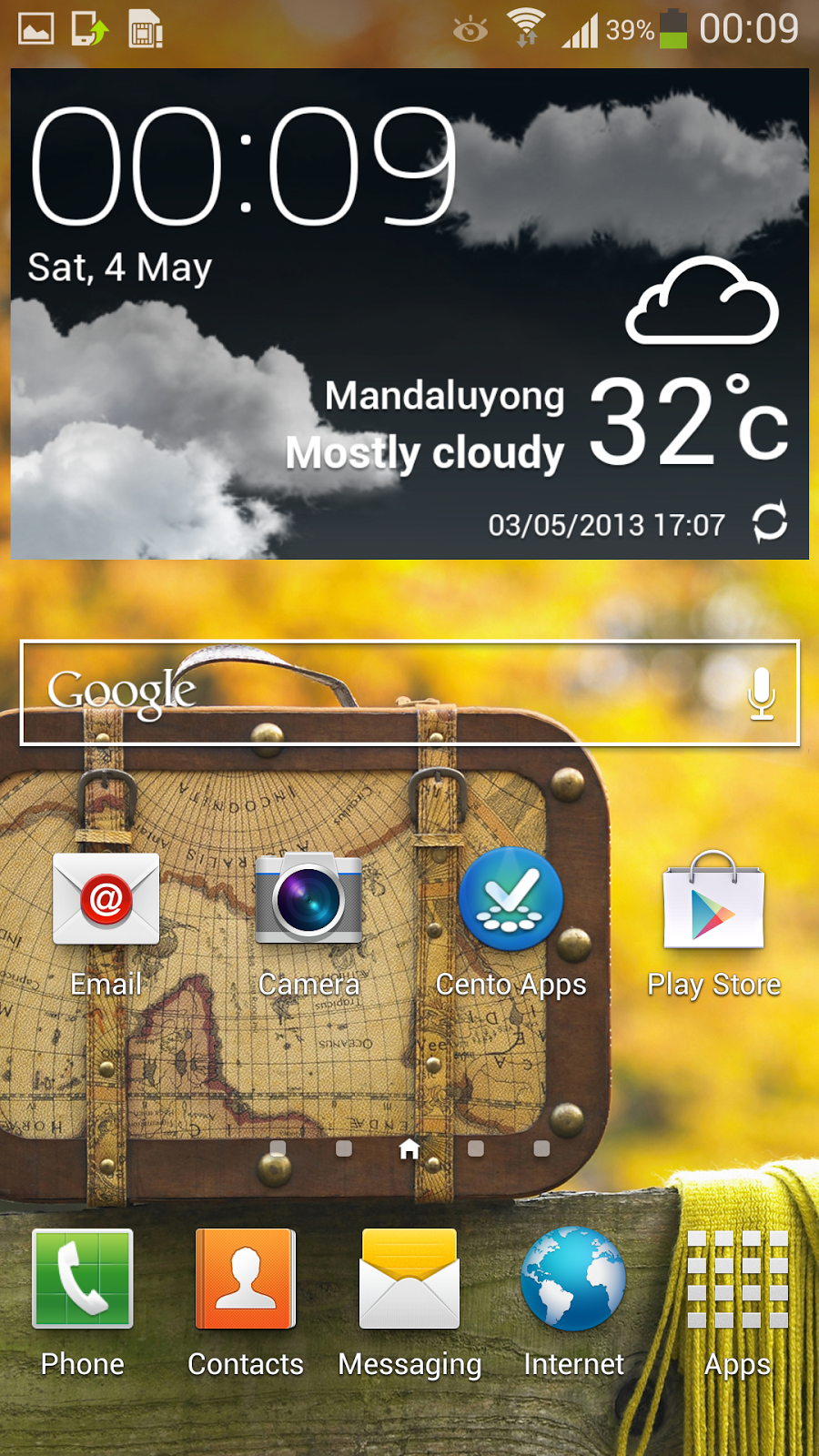 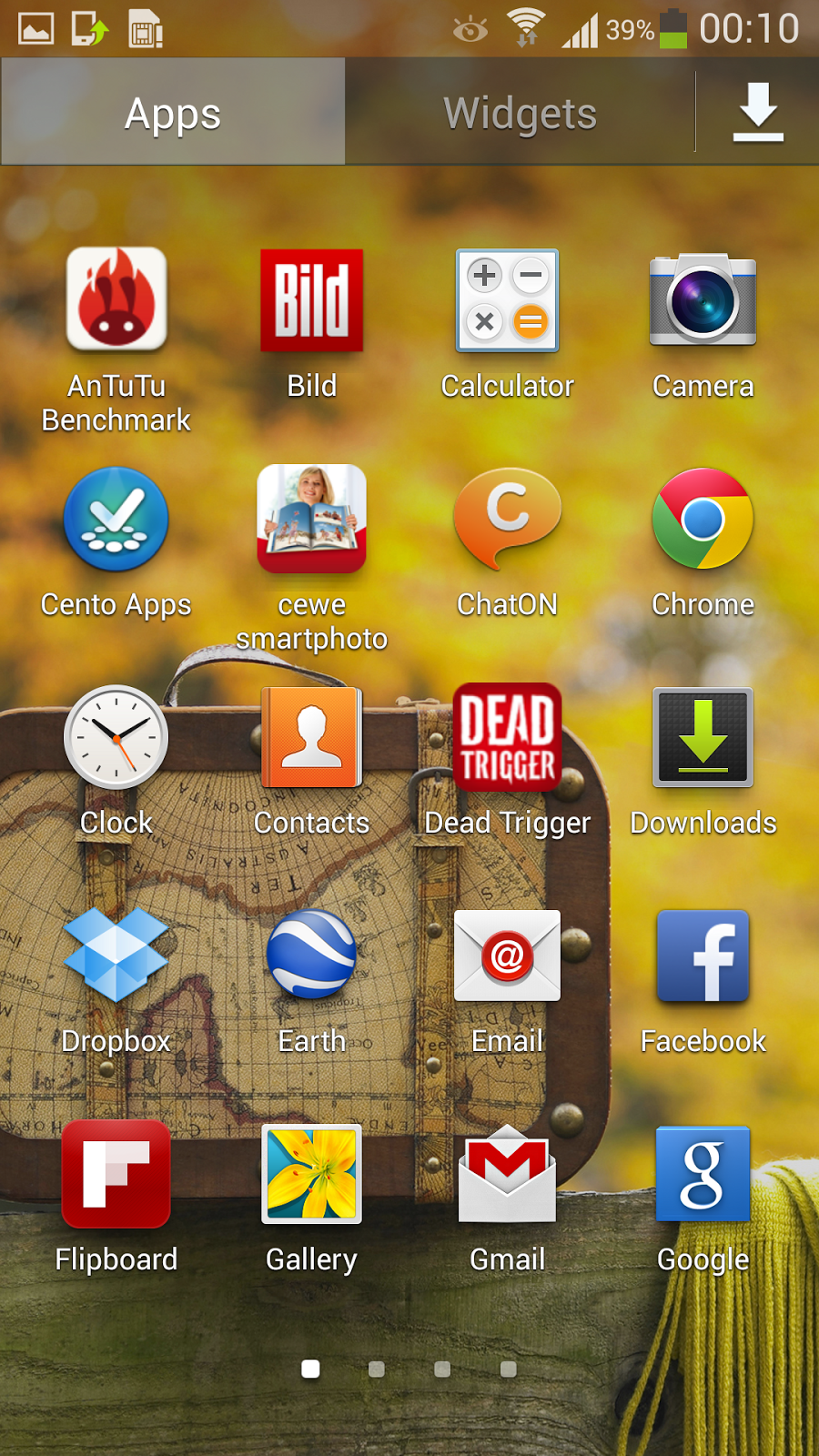 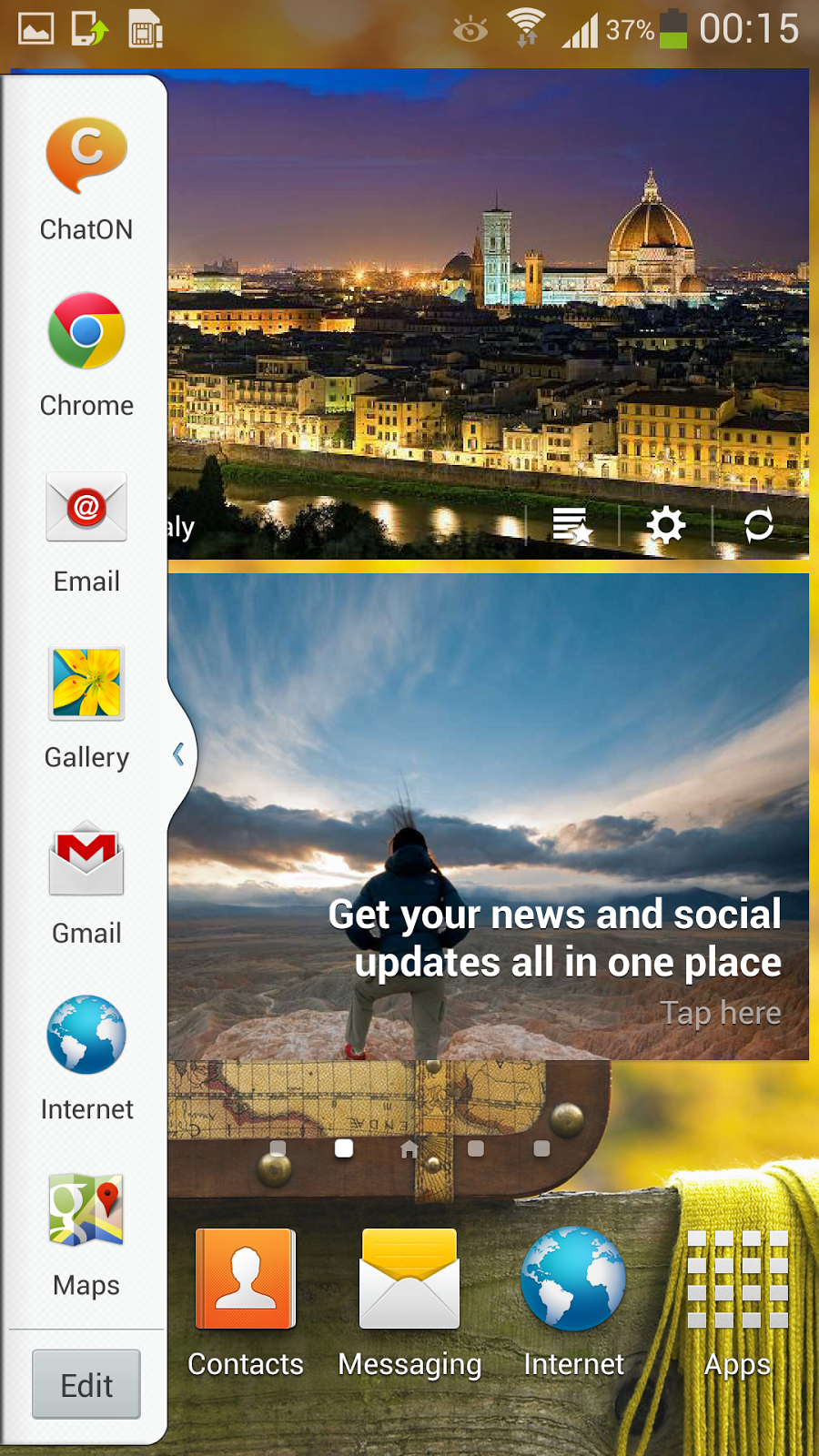 Both screen responsiveness and touch sensitivity of the device are excellent. Outdoors visibility is also very acceptable. Overall brightness meanwhile is okay.

The Samsung Galaxy S4 I held was the quad-core variant. It came equipped with thhe Snapdragon 600 SoC containing a quad-core 1.9 GHz Krait 300 CPU paired with an Adreno 320 GPU (on a side note, the S4 is notable for being the first to claim the "octa-core" title, sporting the first ARM big.LITTLE architecture).

The S4 is real fast, and there's no doubt in my mind of the performance it can do. Here are the rankings of the device from multiple benchmarks. 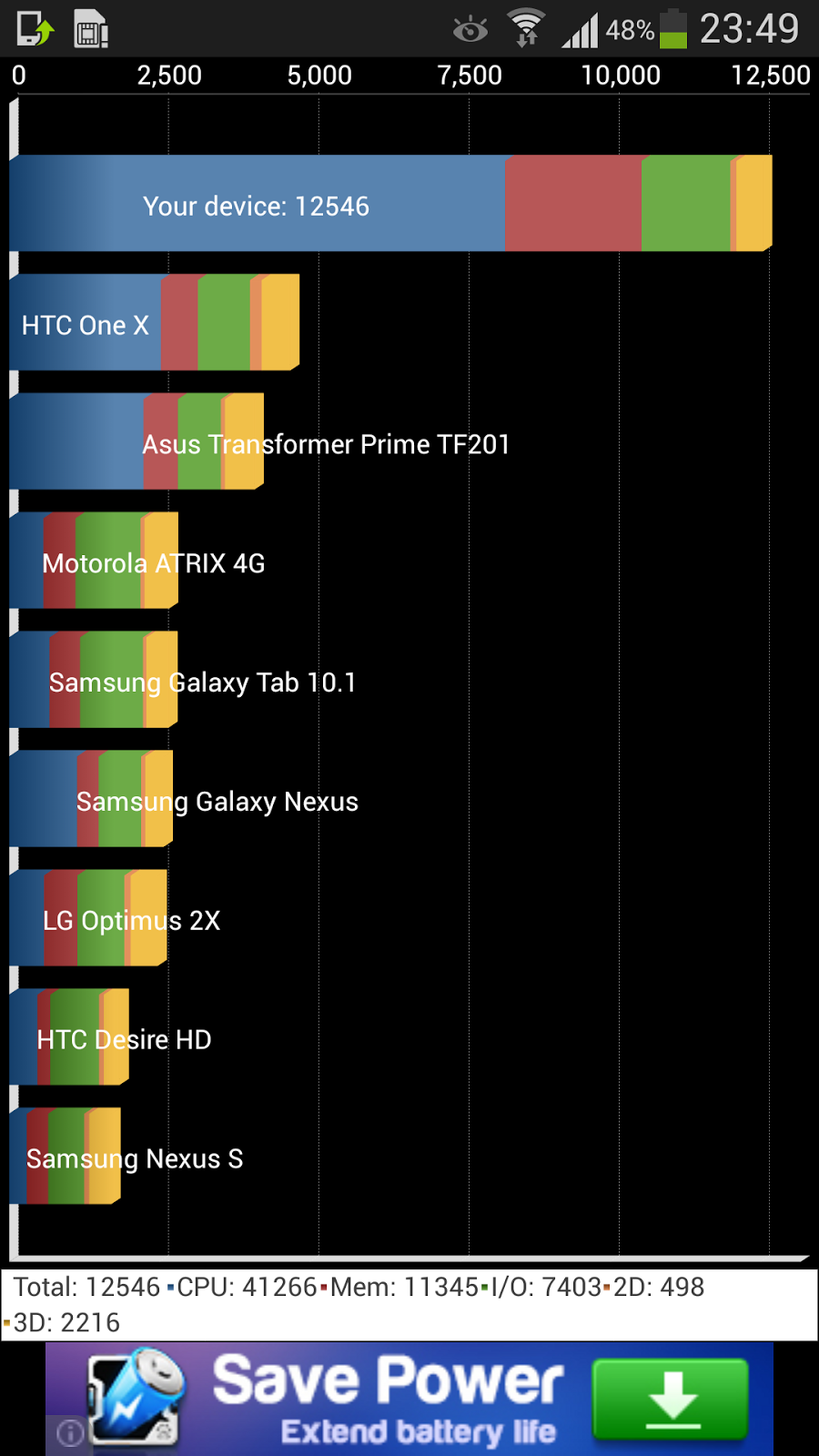 The Samsung Galaxy S4 scored a whopping 12546 on Quadrant Standard (its nearest competition is the HTC One, which scored 12158in my test), leaving everything in the dust. 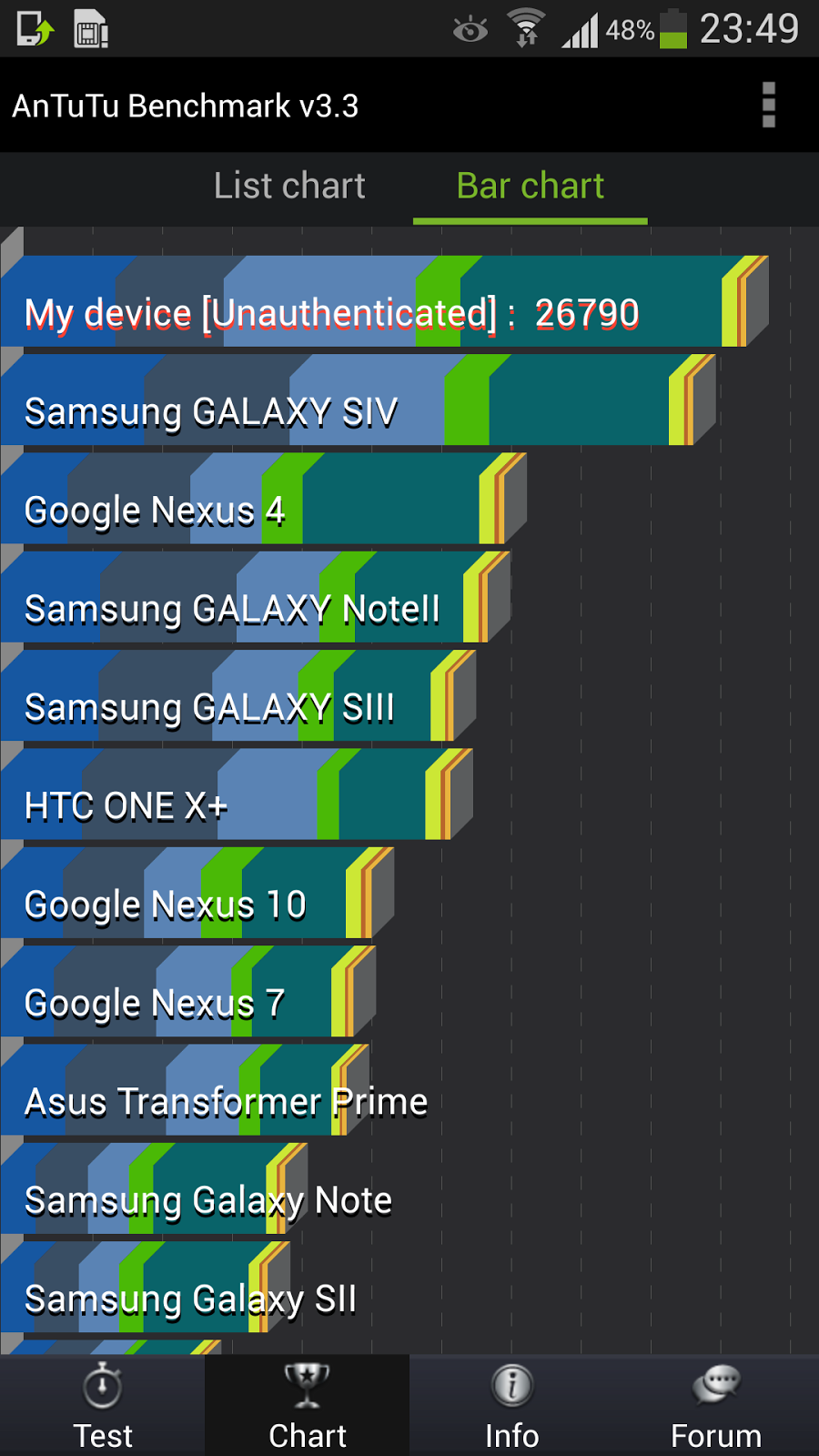 The Galaxy S4 scored another scream-inducing 26790 on the AnTuTu benchmark, even topping its official benchmark score (for reference the HTC One scored 24019 in my test).

The three benchmarks where the Samsung Galaxy S4 was topped by its closest match, the HTC One, were Passmark, Vellamo, and Nenamark 2. The device was behind by 143 points, 440 points (difference of the sum of HTML5 and Metal) and 1.4 points respectively. Results are below. 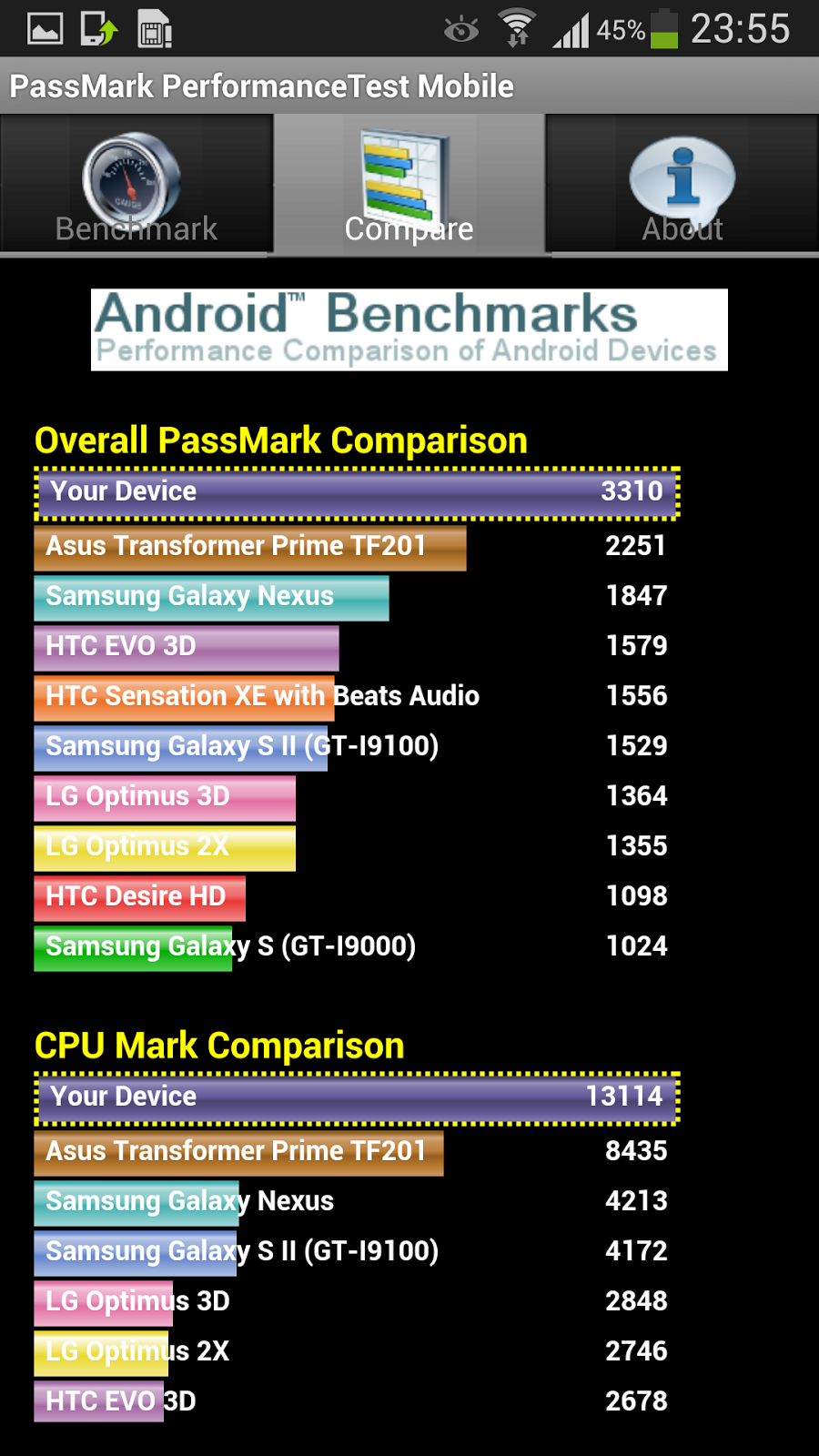 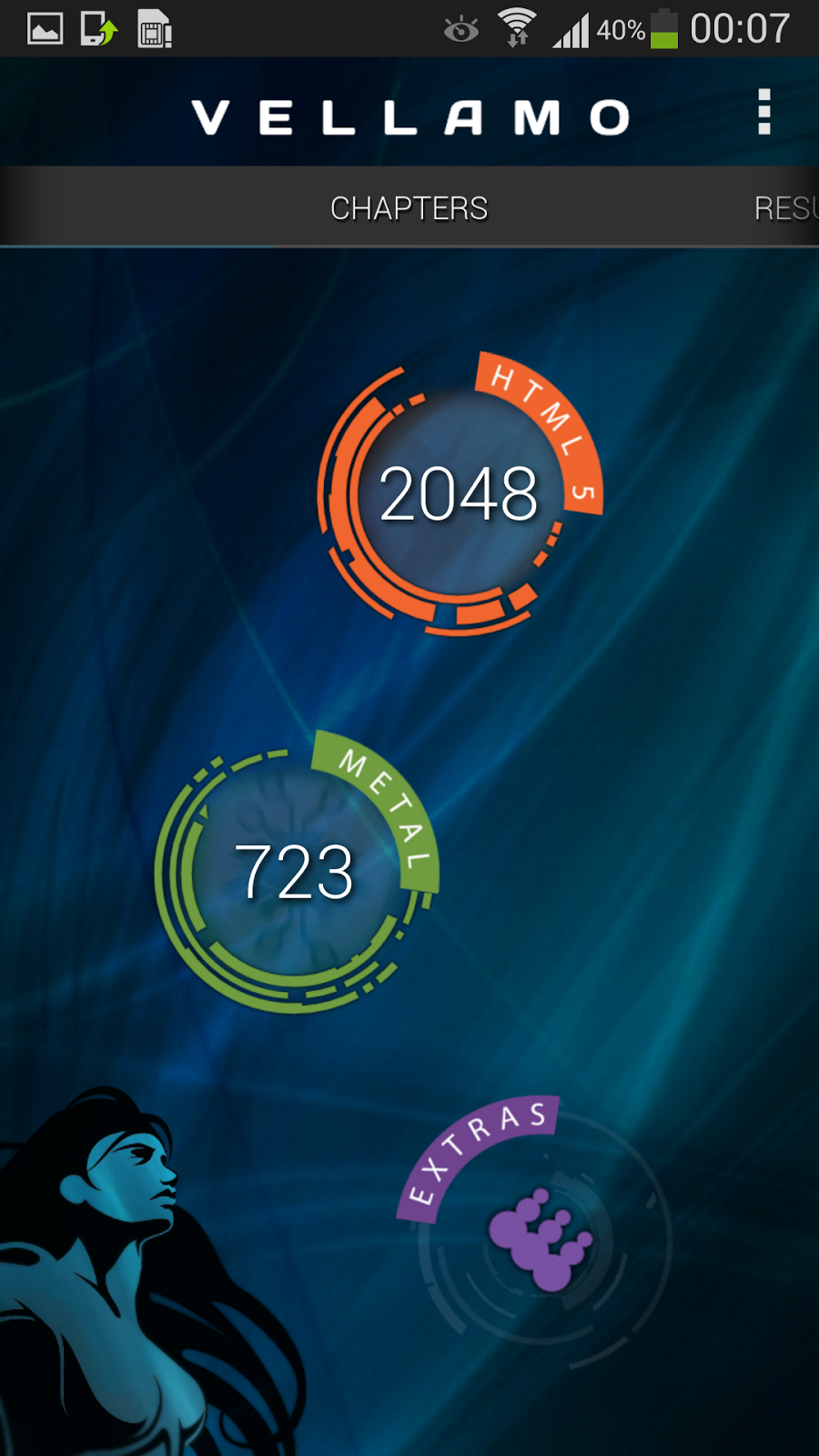 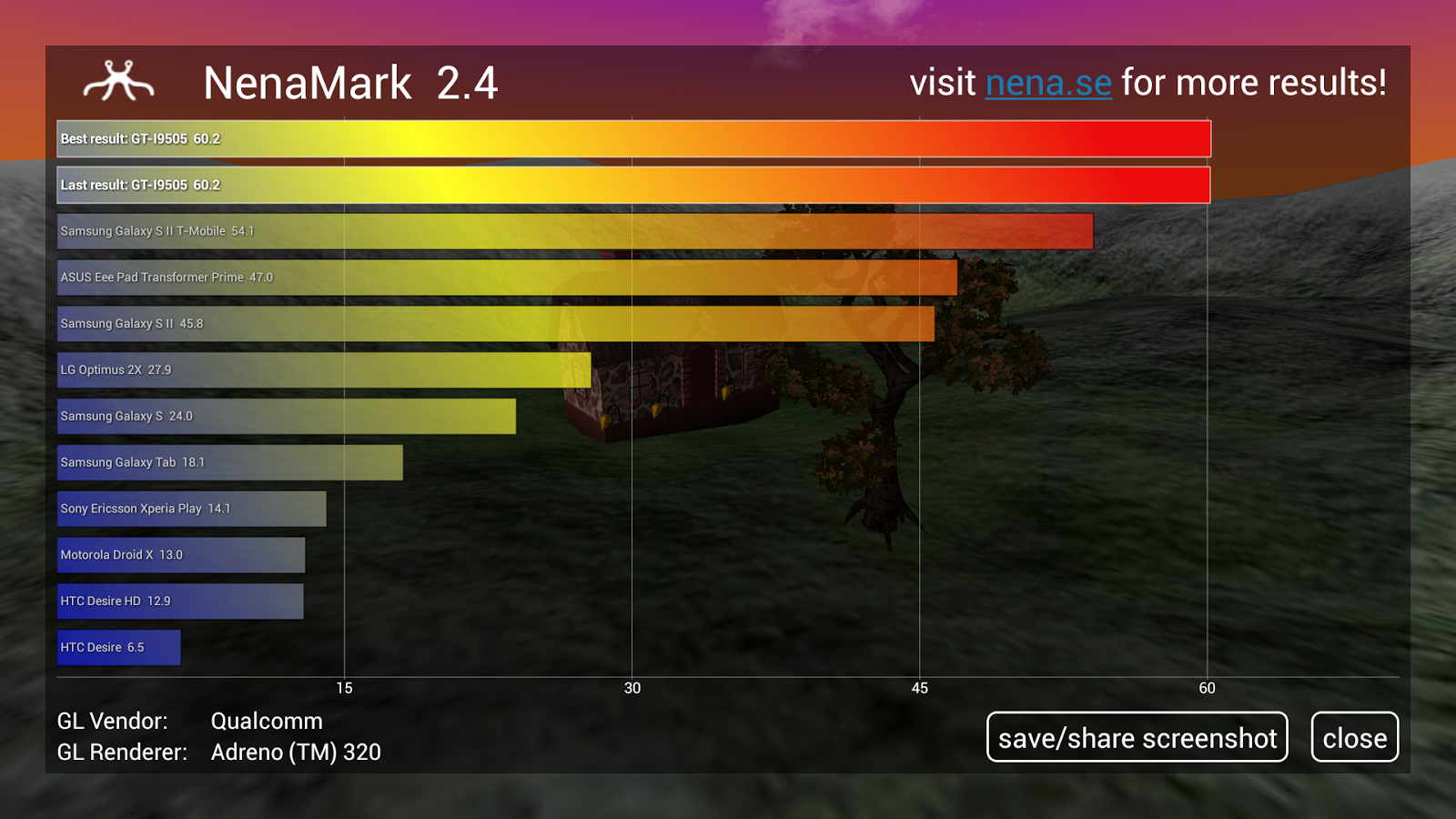 60+ fps, however, isn't totally bad at all. In fact, it's one of the most desired results in gaming, since it gives a smoother and better experience.

Interpreting these benchmarks, the Samsung Galaxy S4 is one monster of a smartphone performance-wise. It'll run anything you throw at it like butter and more. Graphics-intensive games are a cinch, thanks to all the power under its hood. Likewise, multi-tasking with the phone is going to be a great experience, since its TouchWiz UI accomodates for such, plus all that power.

There were no observable lags with the regular usage of the device (as it should be).

The Samsung Galaxy S4's stock browser renders and loads pages smoothly, resizing text that need to be adjusted for a 5-inch display. 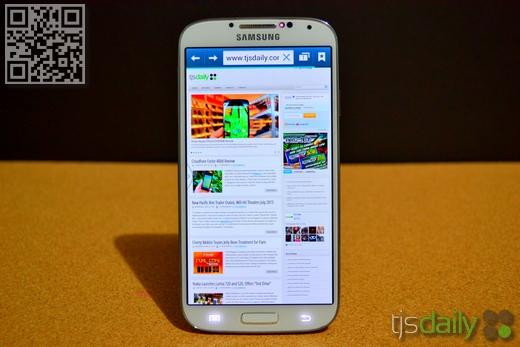 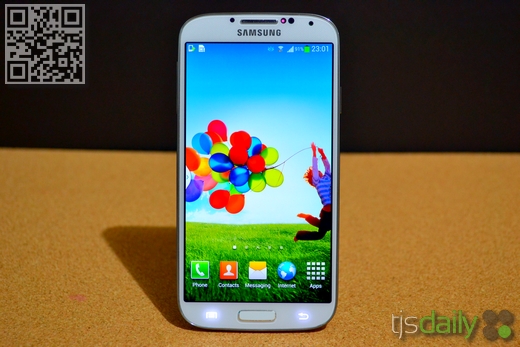 The Kies connectivity feature is still available in this installment of the flagship Galaxy.

Thanks to its superior FHD Super AMOLED screen, the Samsung Galaxy S4 runs a highly detailed display that would give potential owners a very fulfilling experience. Not a hint of pixelation was found. Fast moving objects on videos and transitions flows as smooth as silk. 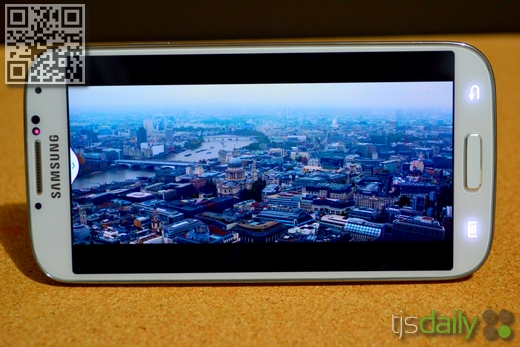 On the audio department, I'll give the device a 70/30. Highs and mids are wholly present while playing most genres of music, but lows tend to go missing on bass-moderate to bass-heavy audio. I played David Guetta's Titanium on it, and although it was going fine at the early parts of the song, it sounded like it skipped beats at the chorus. The audio file could have been the culprit, but that scenario is tough to swallow since that same audio file was played by other smartphones fine.

The stock headphones of the Samsung Galaxy S4 is quite alright. If you don't have anything to use for the moment, this would be a good substitute.

With all the emphasis on specifications from preceding paragraphs, it should already be understood that whatever latest current gen mobile game is out there (and possibly for games quite some time in the future) the Galaxy S4 can run like clockwork. 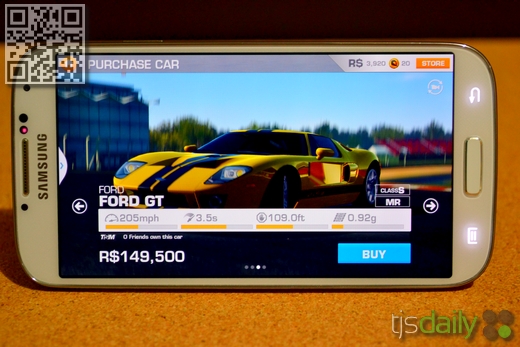 EA's Real Racing 3 ran smoothly on the device. There were no sound delays, no stutters, and the directional sensors worked perfectly. Other milder games (relative to RR3) such as Dead Trigger and Shadowgun Deadzone posed no problem to the device. 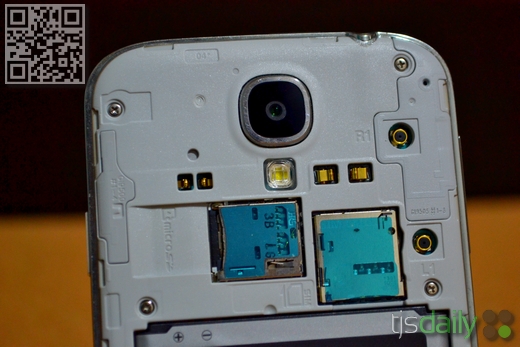 The 13-megapixel rear camera is definitely better than its predecessor's image-wise (plus considering the higher pixel count), but actual results are arguable. What one can heavily appreciate with the camera is its image stabilization feature and its army of image capture and customization options. Sample shots below.

The images on the highway were taken with shaking hands (due to the roughness of the taxi ride) and surprisingly the images came out whole, totally not blurry at all. The shutter closes that fast and captures very stable images.

Two things that are very noticeable: The noise the camera produces on semi-low light environments and the lack of depth and warmth the captured images have.

The Samsung Galaxy S4 is equipped with a 2600 mAh Li-ion battery that comes with an optional wireless charging feature (a first-party wireless charger recently came out for the device). 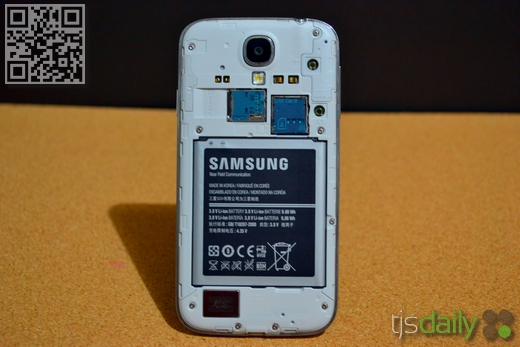 Regular usage i.e. SMS, casual browsing and gaming at max brightness, will give you over a day in juice. Charging from 0 to 100 takes a little over 2 hours.

Built into the battery is an NFC element, which allows for, but is not limited to, Samsung NFC features and wireless transactions.

The Samsung Galaxy S4, being the latest flagship of the South Korean company, was enriched with value-added apps that, as some would put it, are gimmicky or is function-duplicative of already existing Android apps. 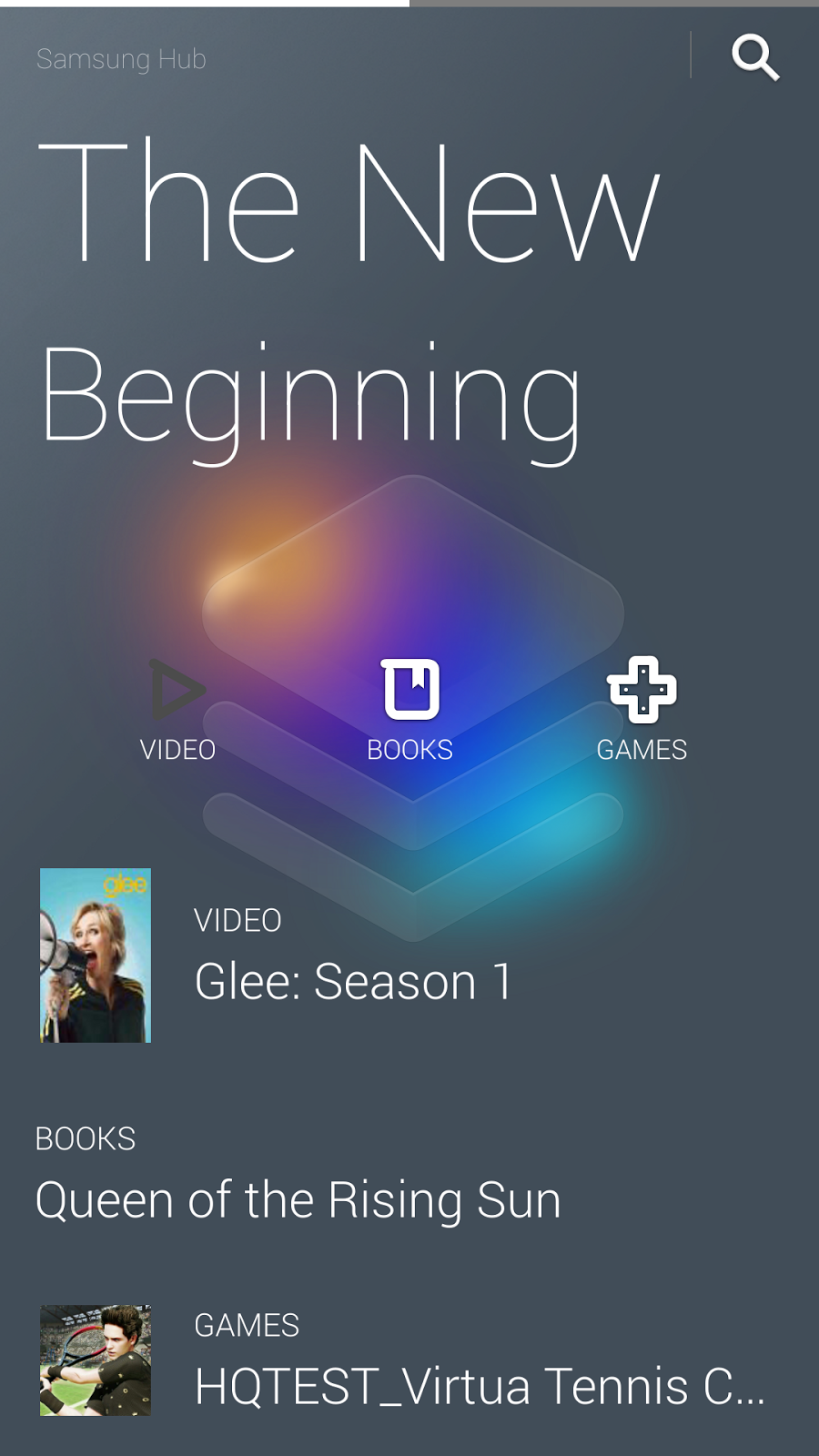 At its core, the bundled apps Samsung developed for the S4, really makes the device attempt to be your life partner. There's a health app, a travel recommendations app, a game recommendations app, and a host of other multimedia services aiming to fill whatever you may need. It's tagged as bloatware—and some of it really are—but when you find a use for it you'll definitely grow into it.

Samsung also threw in an IR blaster in the S4 for good measure (see: Remote Control). Ideally your device would be able to take control of other electronic devices with IR input, but it's safe to say that it would work best with other Samsung products. 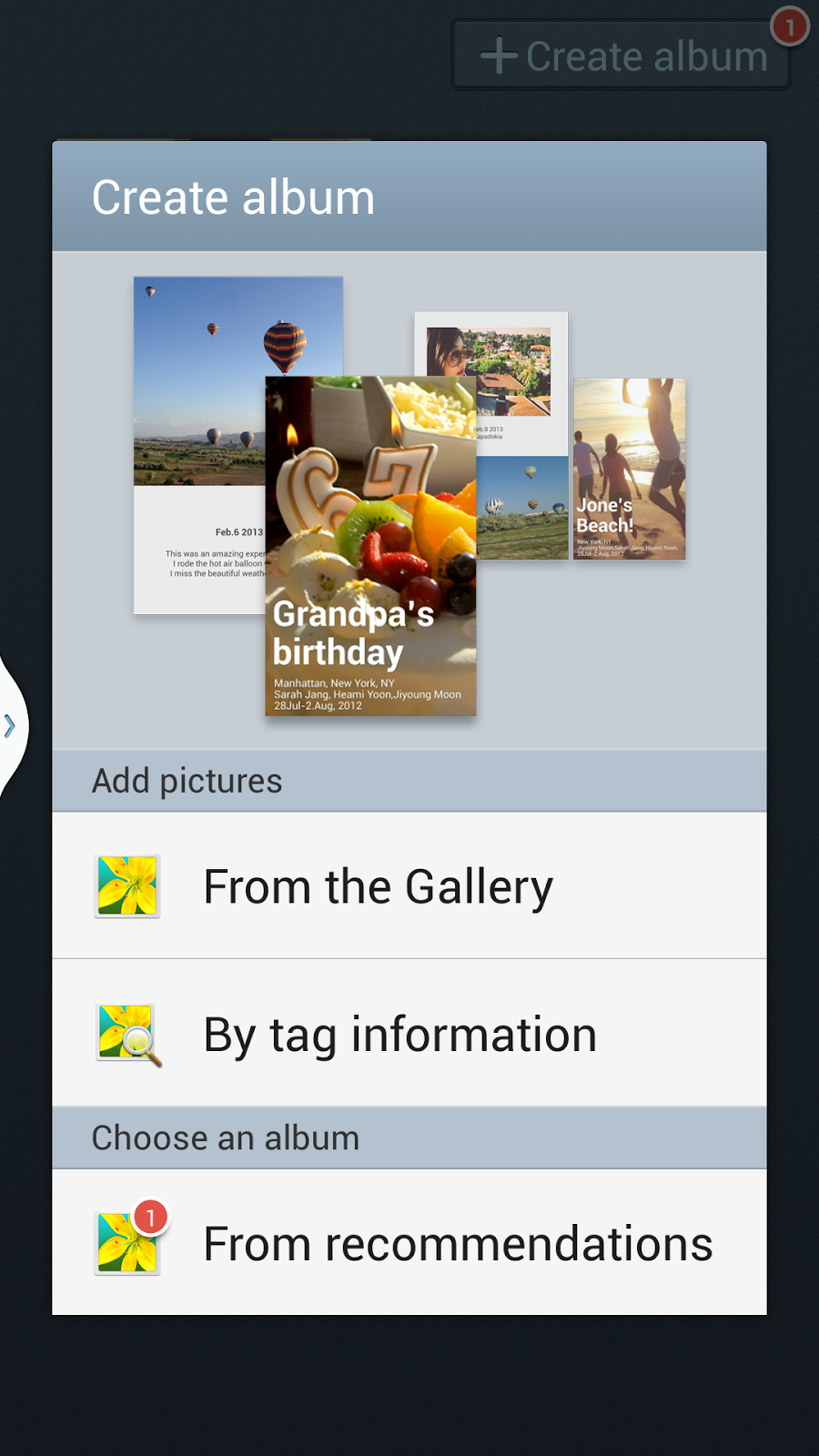 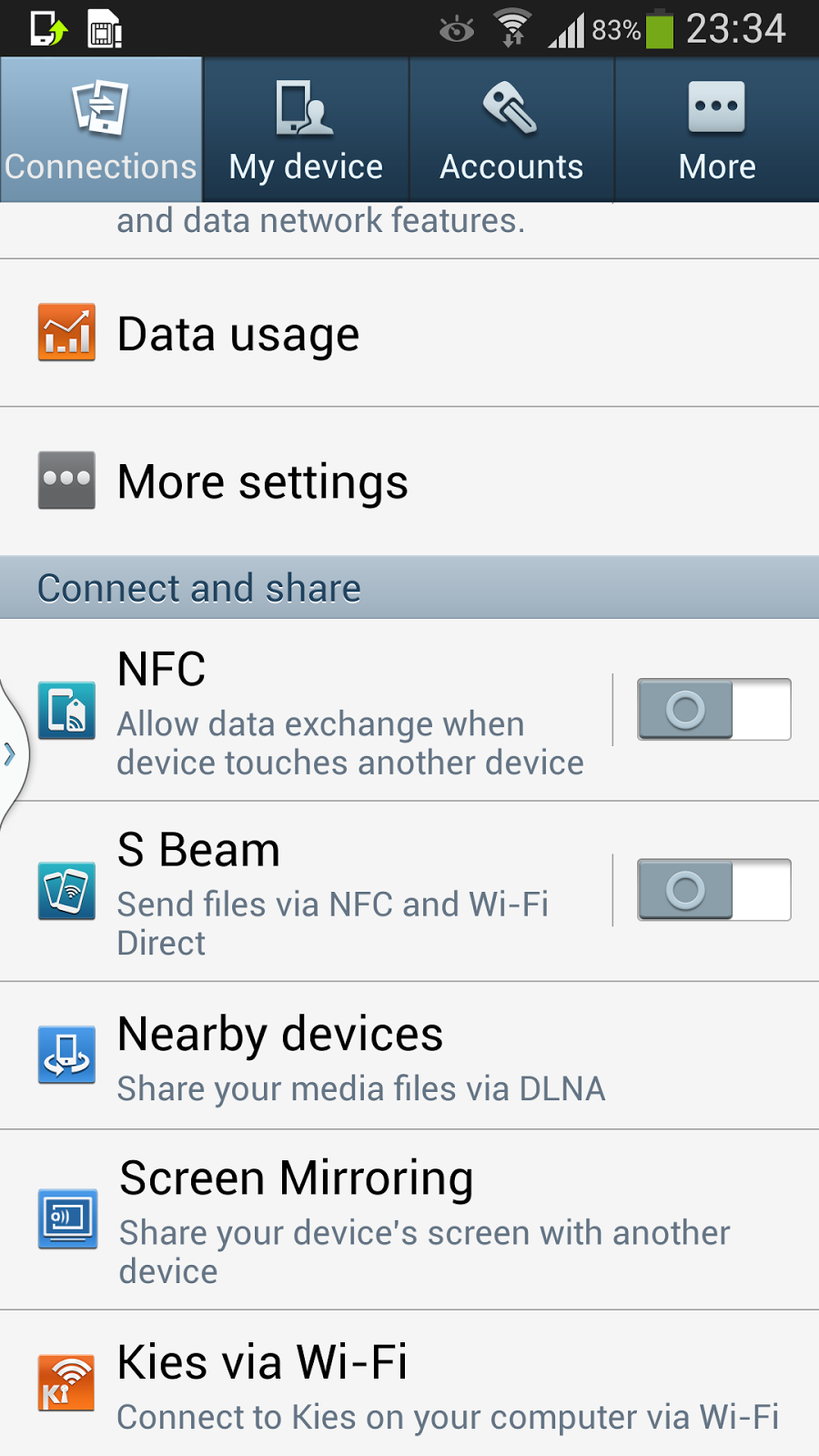 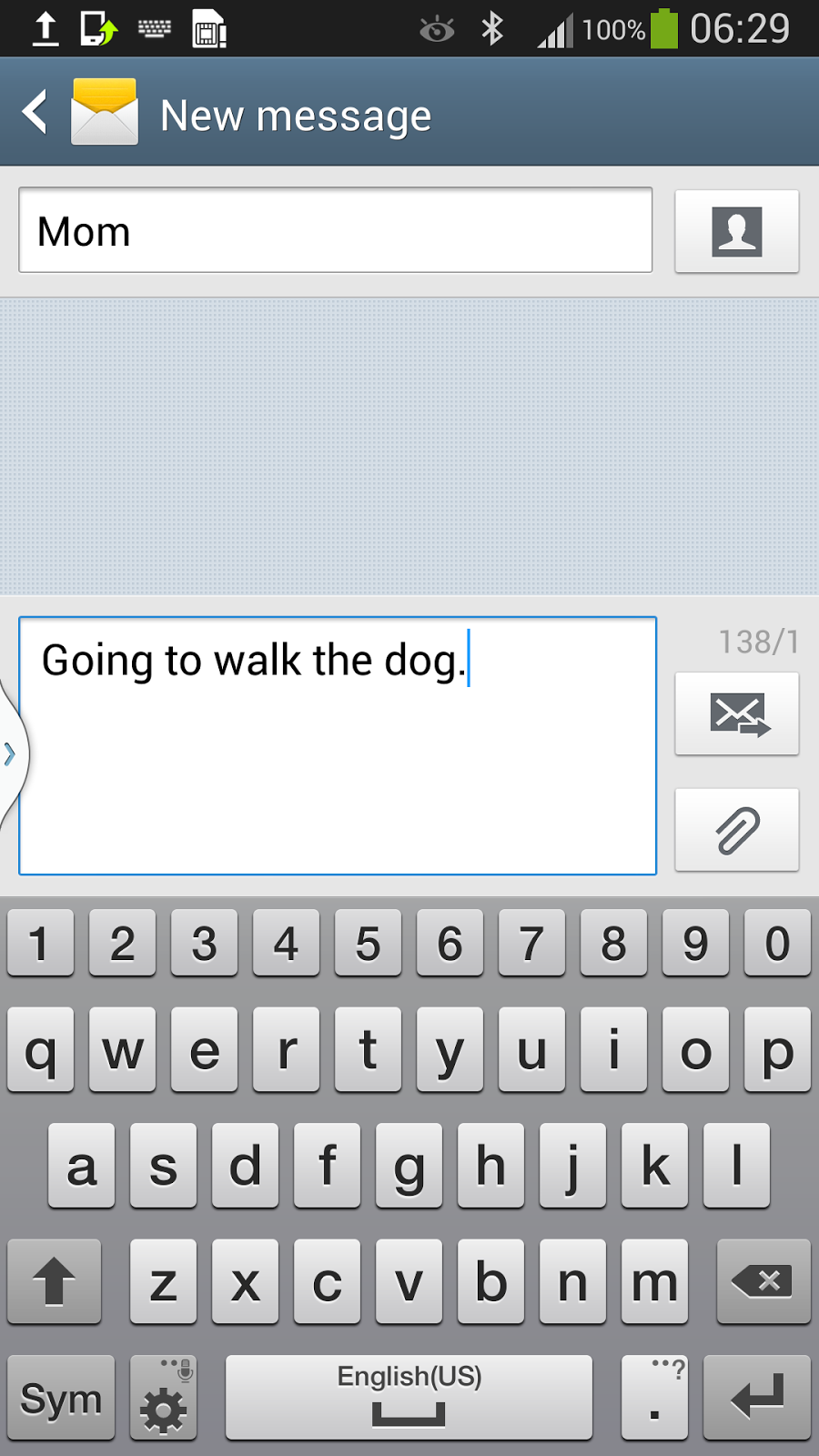 Extra accesibility features such as Smart Stay and Air Gesture seem to be more of an annoyance rather than a feature if you lack operational understanding, or is more used to regular non-smart Android devices.

With all its hardware and software, the Samsung Galaxy S4 is definitely one of the best Android devices out there. It topped benchmark charts, it's the first to hold the octa-core title, it's enriched with value added features, and it possibly borders the line of where a smartphone ends and where a life partner begins. 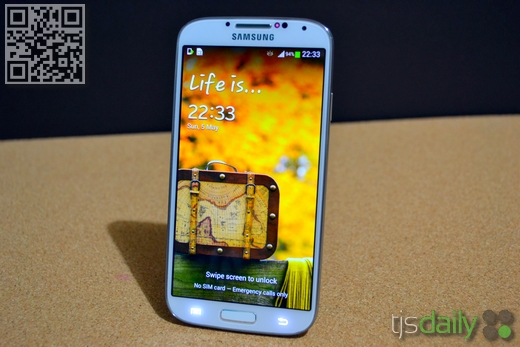 All that said, the Samsung Galaxy S4 is an evolution, rather than a revolution, of the company's current direction. It's arguable that it's just a better-crafted continuation of the S3, but at the pace smartphones are being outed, Samsung might just have reached its smartphone peak and instead will now focus on enhancing user experience rather than wowing audiences with eye-popping features.

Given the chance, I would like to be a proud owner of the Samsung Galaxy S4.

Samsung Galaxy S4 Availability and Price in the Philippines