At this point in time, local companies have established themselves well in the Philippine mobile industry, leveraging cheap products from China and the heavy demand in the Philippines. Just last year, choice dual-cores were selling above the P6,000 mark. But just when we thought smartphones can't get any cheaper, a powerful device from a fairly new player arrives and changes the game. People, meet the Arc Mobile Nitro 450QD.

The Arc Mobile Nitro 450QD sports a somewhat unique design, sporting a plastic-wrapped casing with metal parts stylishly exposed at the top and the bottom. 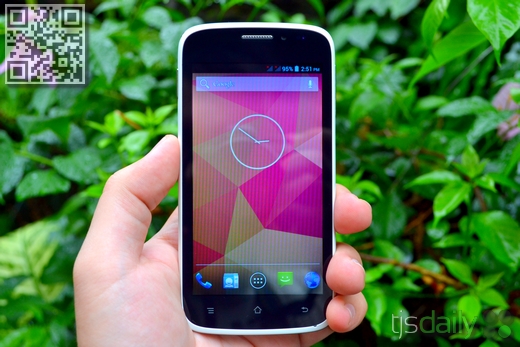 The Nitro 450QD's face features the device's 4.5-inch touch display, the now-standard three soft touch buttons (used to be four, but due to optimizations was reduced to three), a 0.3-megapixel VGA front facing camera, a couple of sensors, a Samsung-inspired earpiece, and the mic.

The rear of of the device meanwhile carries a 5-megapixel AF camera with flash, the device's loudspeaker, and the company logo near the bottom printed in gray ink, all contained in a clean white powder-textured plastic shell. 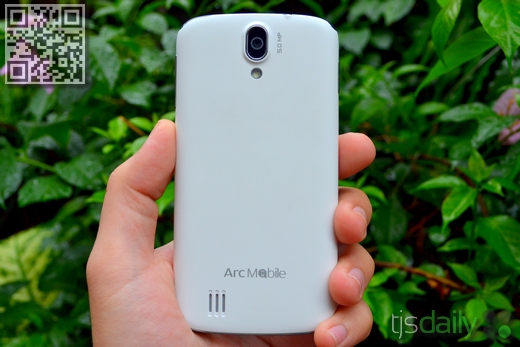 Located on the top area of the device is the microUSB/charging port and the 3.5mm audio jack; on the left side you can find the sleep/wake button; the nondescript volume rocker meanwhile is situated at the right side.

The Arc Mobile Nitro 450QD is very hand-friendly. Though it's as slippery as I thought it would be (perhaps because of the powder-textured back), and at 4.5-inches it sits just right in the palm. The rounded sides also help with the grip, as your palms just follow the countour of the device, in contrast with slate devices. 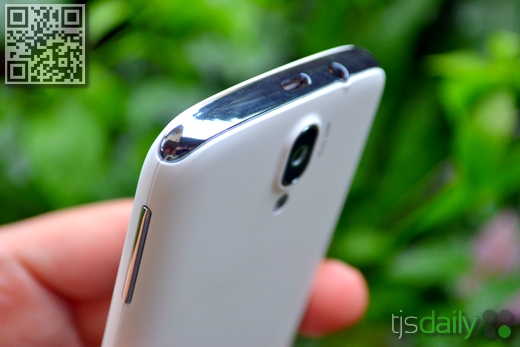 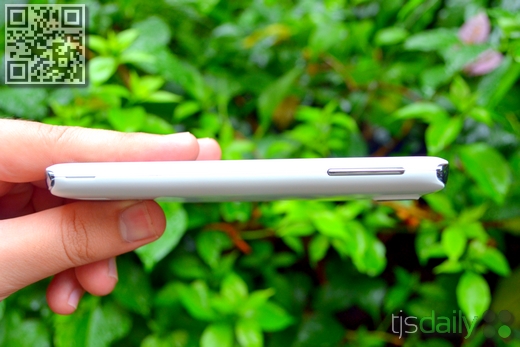 The device's overall design is good and a little remindful of the HTC One X or the Sharp Aquos Phone, at least in my eyes.

The Arc Mobile Nitro sports a 4.5-inch qHD touch display at 960x540 resolution and ~245ppi. Totally not bad for a budget smartphone, especially after considering this one comes with the "quad-core" tag. 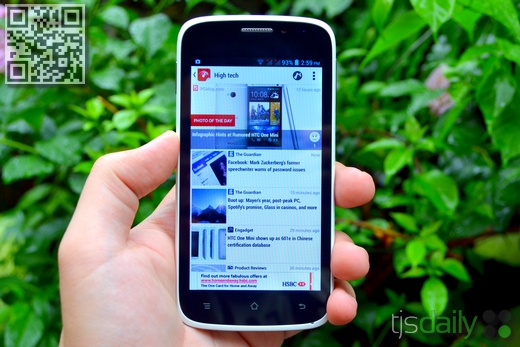 The 450QD's display itself looks and feels okay enough, with brightness and screen fluidity at the right combination. Unfortunately, whites give off a strong bluish tinge. Color richness and vibrancy are also at the "just okay" level.

This quad-core runs on Android 4.1 Jelly Bean and stock Android UI. There's also zero bloatware installed, just the bare basics. Even Facebook and Twitter aren't present (which is good, since not all people use these social networks, resulting in them just being storage eaters, but I digress). 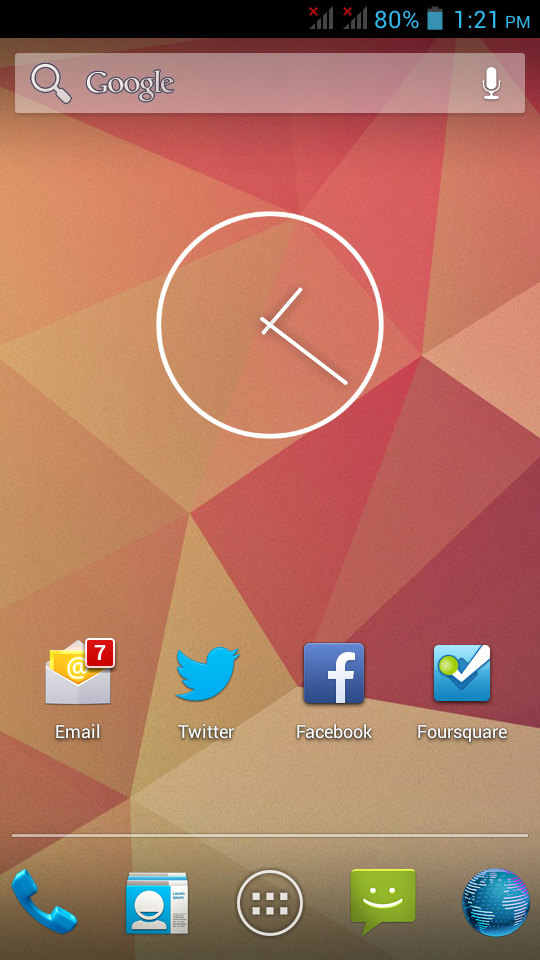 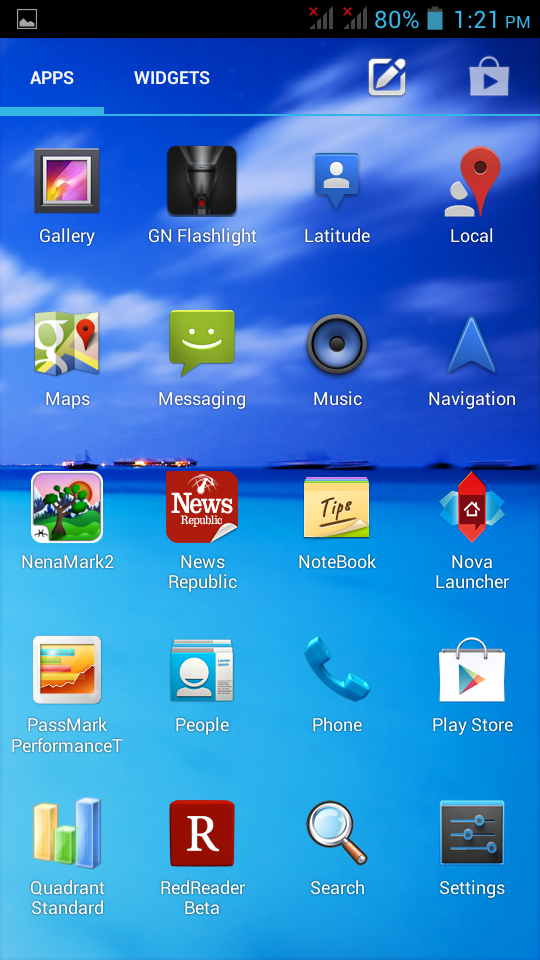 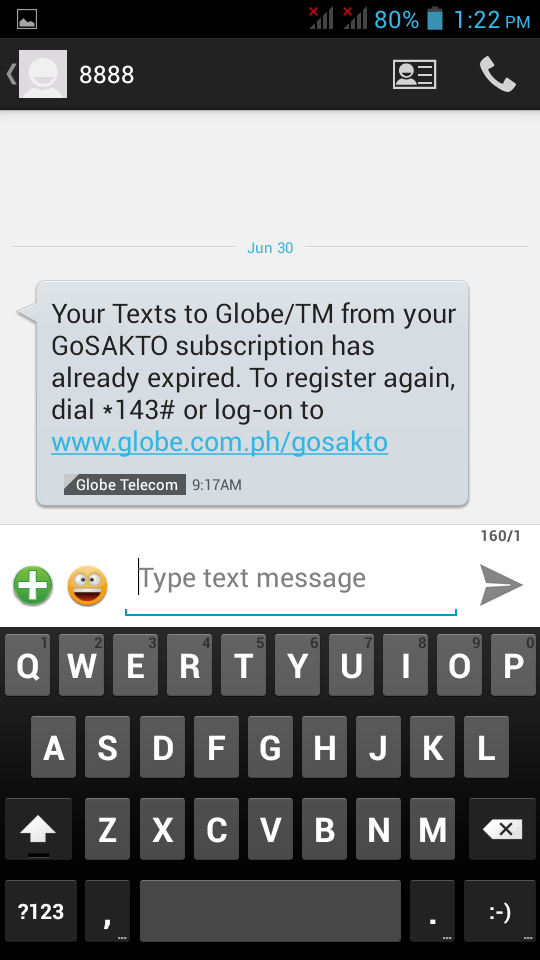 Auto-brightness and touch responsiveness work as expected. The device also maxes out at 5 touch points.

The Arc Mobile 450QD sports a 1.2GHz MT6589 quad-core processor, 512MB RAM, and a PowerVR SGX544PM GPU. At half the RAM of its contemporaries, it performs just as fast. And even if it doesn't it's barely percetible by human senses. Here are the Arc Mobile Nitro 450QD benchmarks.

The device fetches a high 13247 at AnTuTu. That possibly could be attributed to the lesser amount of pixels to push in the display (for reference, the 720p Alcatel One Touch Scribe HD's score is around 12800). 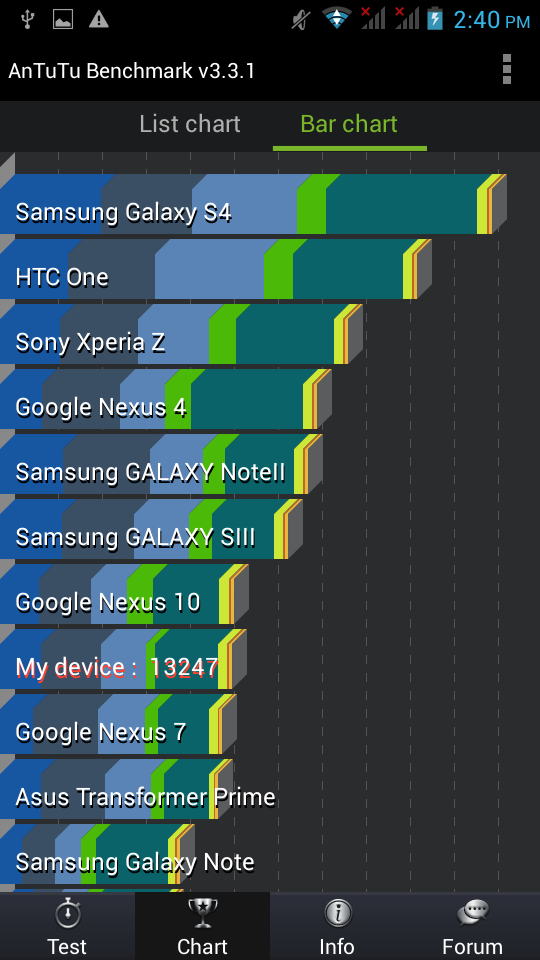 Again, the Arc Mobile Nitro 450QD fetched an above than average score for quad-cores. Probably because of the same reason as the above. 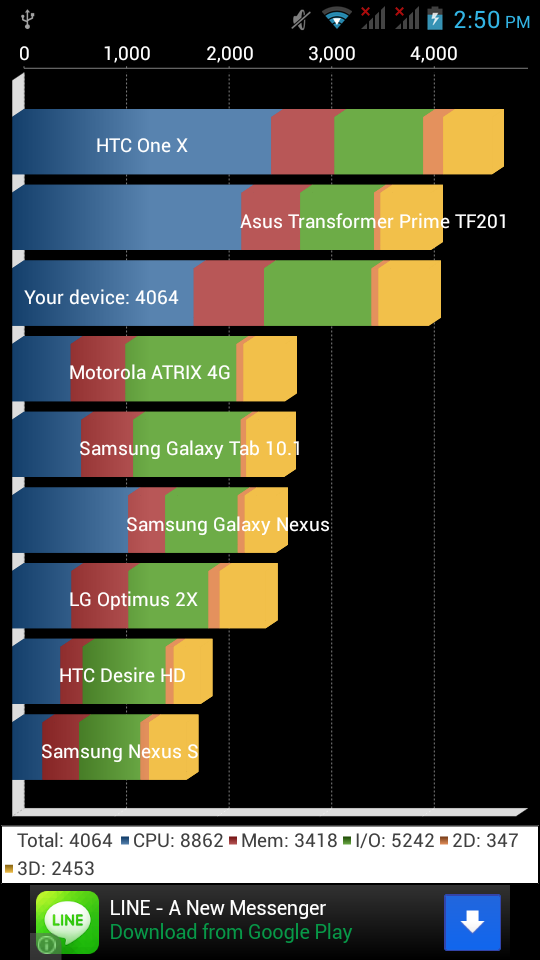 The device drops to a surprising second place at the PassMark benchmark at 2158, since other quads blow past 2251 easily. 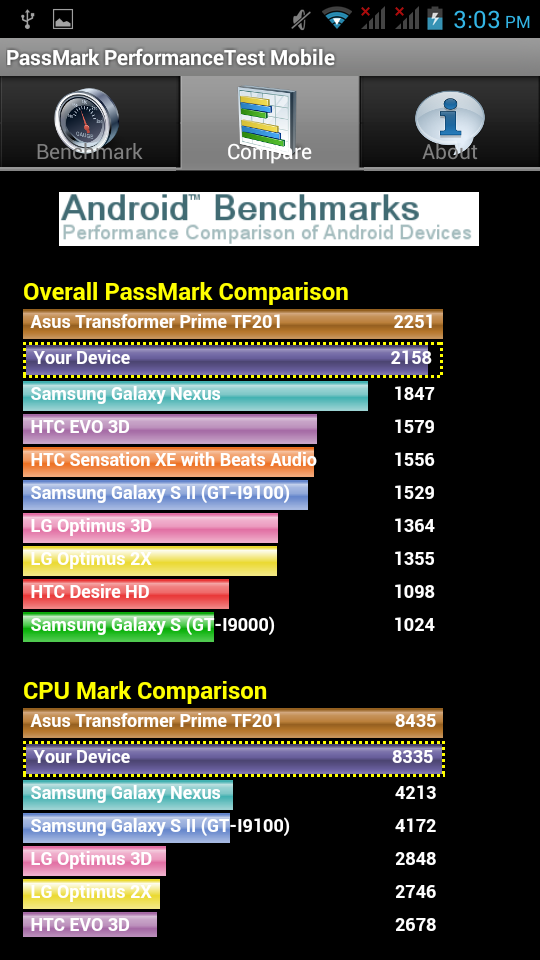 On Qualcomm's Vellamo benchmark however, the Nitro 450QD scores decently, and even above a couple of points compared to similar and slightly higher spec devices. 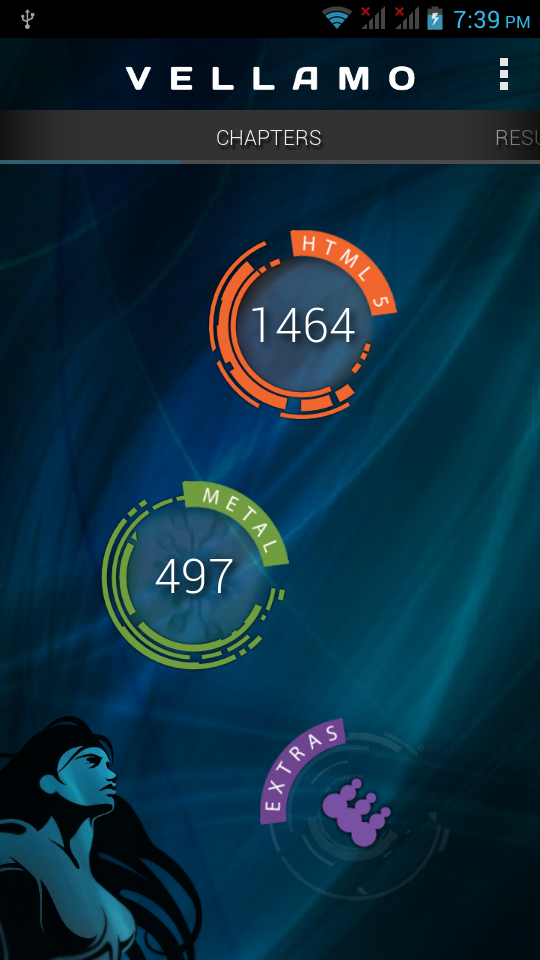 Another thing that surprised me is how fast the frame rates are on the Nitro 450QD. Again, it may do something about less pixel pushing, but an average 53.9 on Nenamark 2 and 60.7 on Epic Citadel means a only one thing: good. 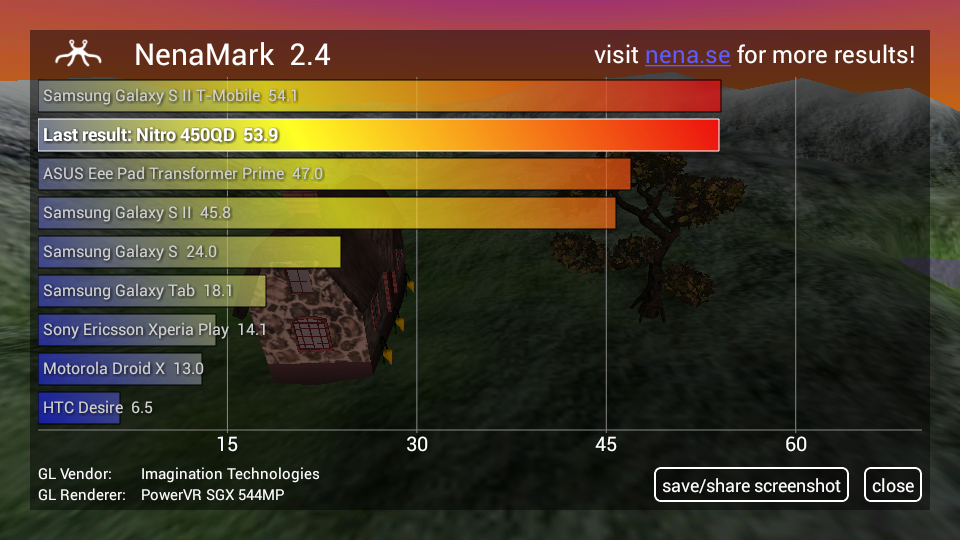 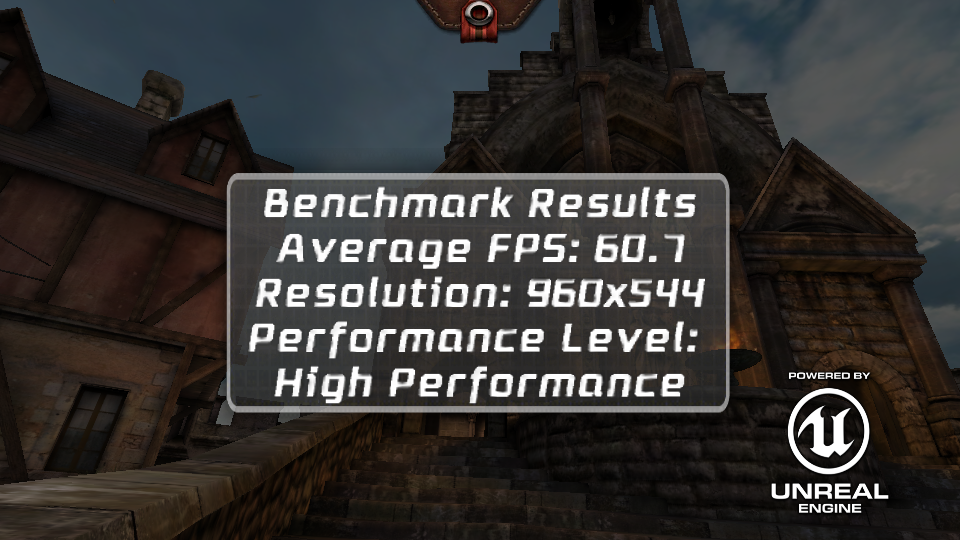 Real world usage: I pretty much tried the device on everything an ordinary person would try on it and more, and it just took it and performed. Gaming was fast (albeit mild coughs on heavier games), UI transitions were smooth and quick, the UX, insofar as my review is concerned, was great.

The Arc Mobile Nitro 450QD's video viewing capabilities are okay at best, after considering everything that was mentioned in the display section of this review. Videos, even at high definition, play great, though it's not as refined as other displays with the same specifications. Mild pixelation can be observed at the device while playing HD videos with fast transitions. 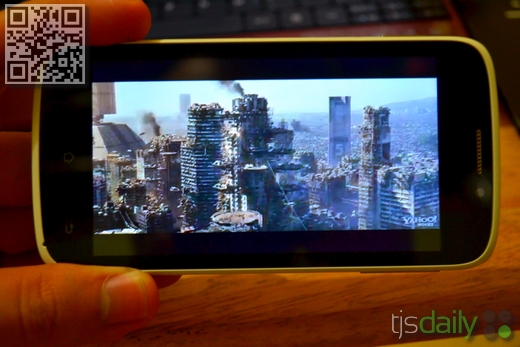 On the audio department, the loudspeaker of the Arc Mobile Nitro 450QD is something surprising. It's strong, the highs are very strong, the mids are okay, but the lows are barely there. That's to be expected from smartphones anyway. What I wasn't expecting from this device is a strong loudspeaker.

The earpiece was okay; voices on the other side reflected properly and were audible.

With a quad-core processor and half a GB of RAM at its disposal, the Arc Mobile Nitro 450QD will run FPS and TPS without choking (Dead Trigger, Shadowgun: Deadzone). On the heavier side, it stutters mildly at Minion Rush and EA's Real Racing 3. Then again, at its price point, this device is a win whatever angle you look at it. 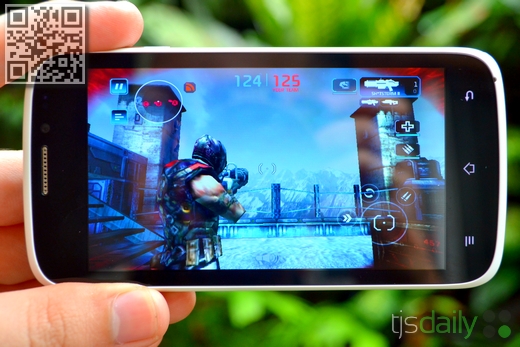 The device doesn't heat up as quick as other previous I tried. And even when it heats up, it's just warm, not uncomfortably hot.

The Arc Mobile Nitro 450QD sports a 5-megapixel rear camera with flash. Sadly, and much to my dismay, the camera comes only in a fixed focus mode, meaning what you see is what you get. For what it's worth you can zoom in and out though. 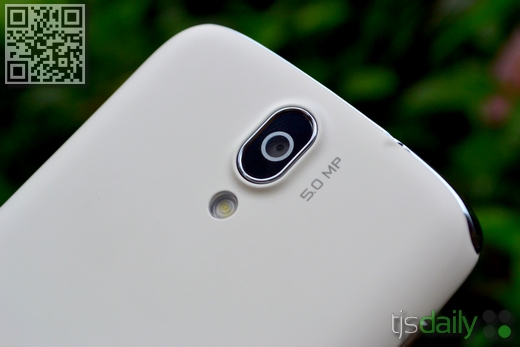 The photos I was able to capture properly I'll give my opinion on: The Nitro 450QD's 5-megapixel camera captures acceptable photos, though not that lively or detailed. Blown up images show moderate noise, though at this point it's arguable that it could be caused by the camera's fixed focus feature. 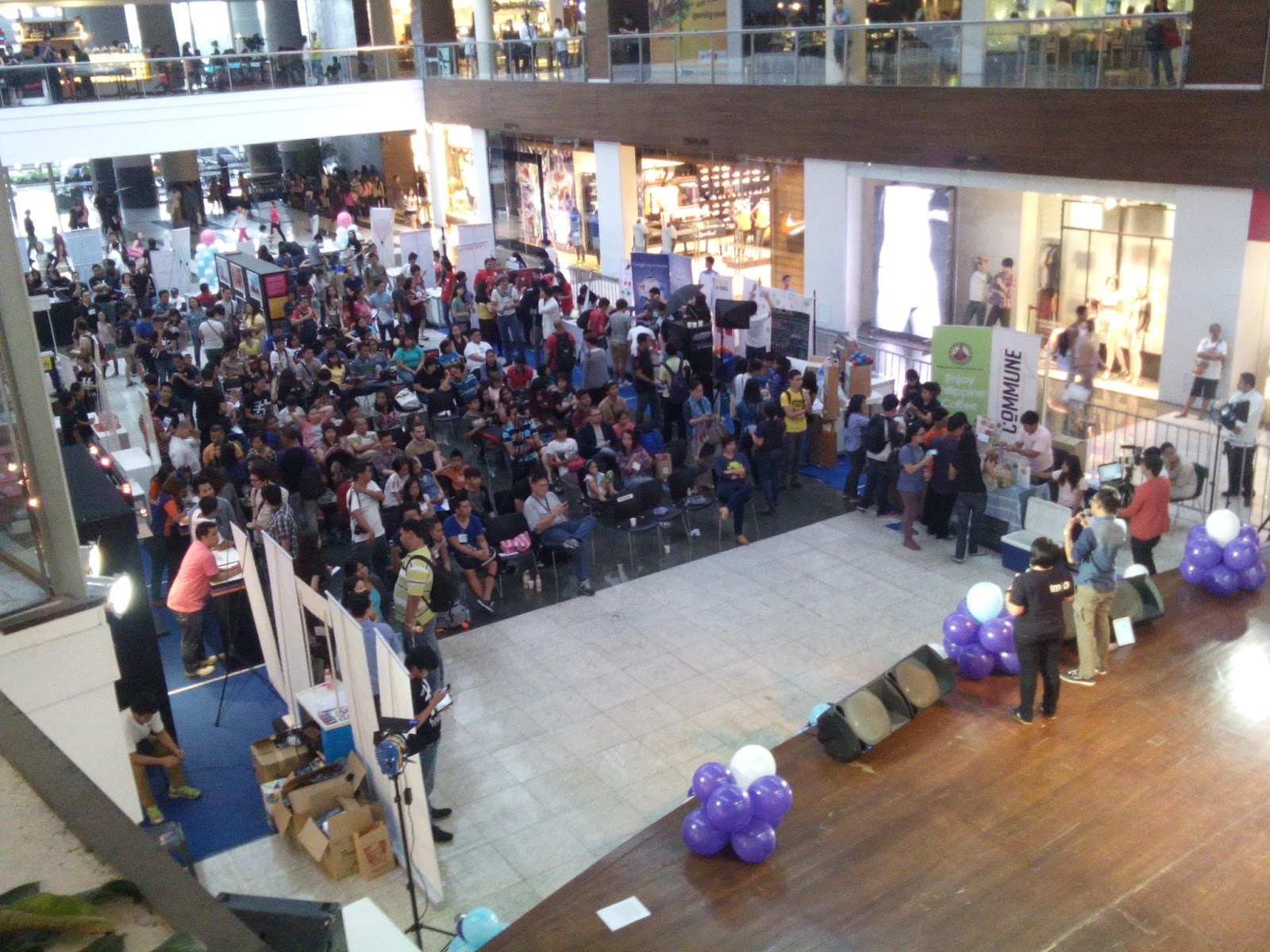 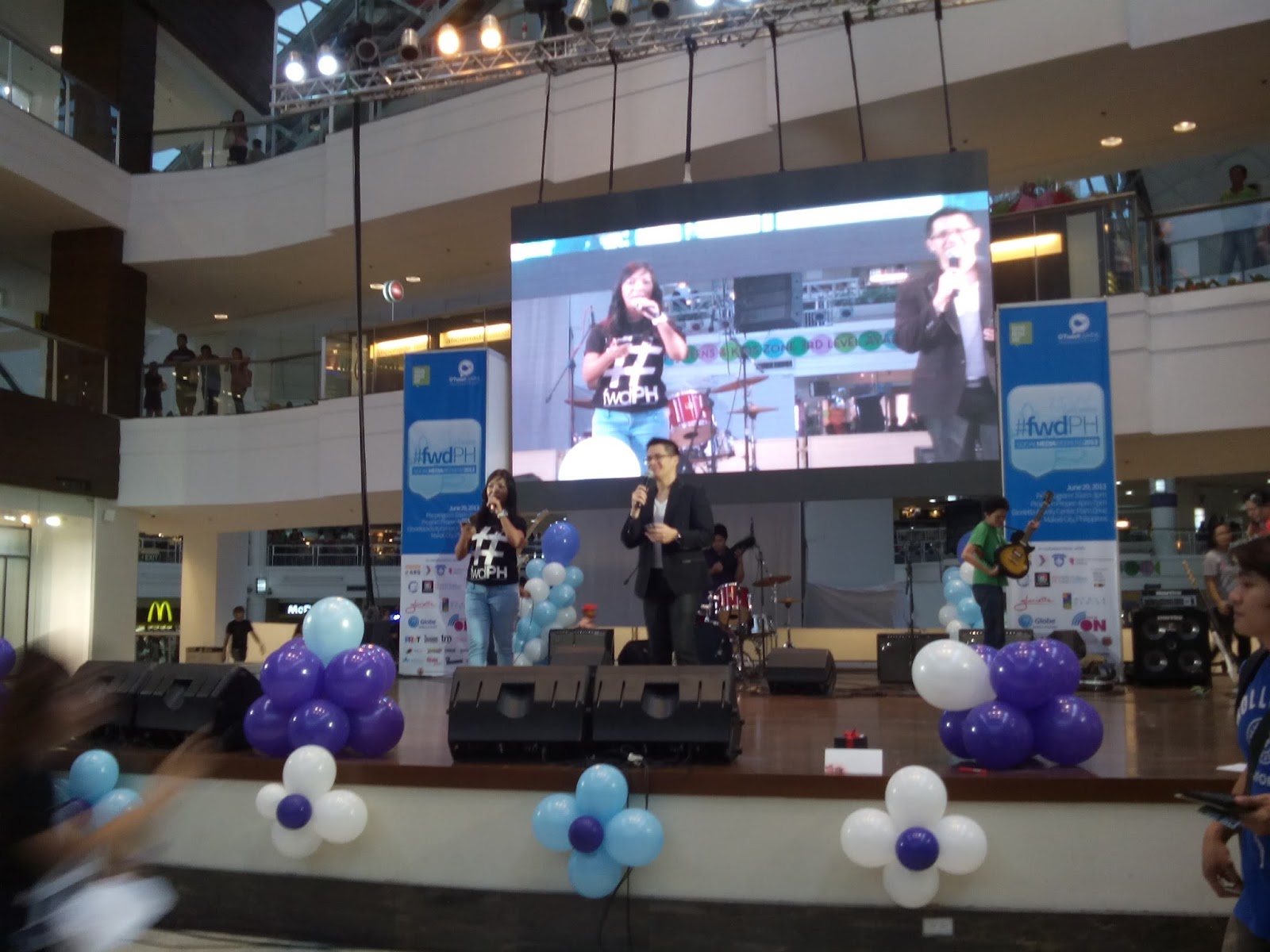 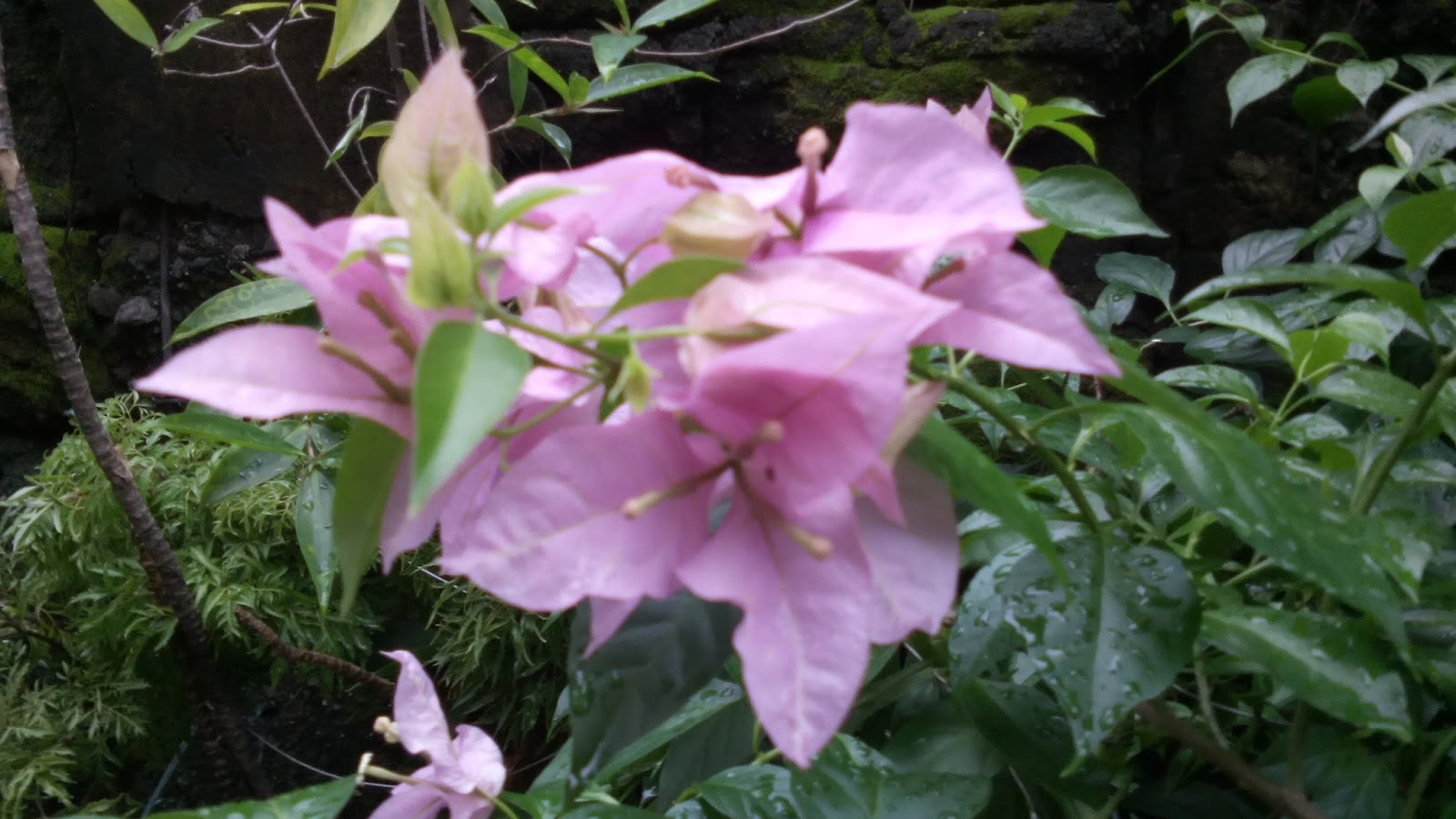 The Arc Mobile 450QD carries a 1800mAh Li-ion removable battery. It's just below the 2000mAh mark—my minimum battery rating for quad-core devices—but suprisingly the phone lasts up to a day of normal usage i.e. casual surfing, mild bouts of gaming, SMS. 10 minutes of online gaming at moderate brightness meanwhile takes 5% off the battery. 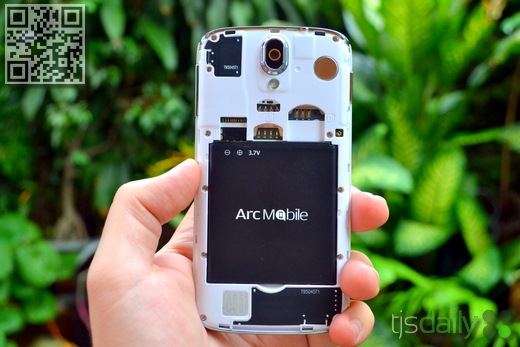 Charging the phone from 0 to 100 takes approximately 3 hours.

With the rush of cheap but powerful smartphones coming from all over the world, it's not impossible to think that someone, somewhere out there would decide to capitalize and one up the existing pricing model here in the Philippines, providing the highest value at the lowest possible price. Such is the Arc Mobile 450QD. It's currently the most affordable quad-core Jelly Bean device out there, even beating out bigger brands known for their relentlessly low pricing scheme.

The look and feel the device are refreshing. After all, one is bound to get tired of the slate form when it gets released over and over again. The stock Android UI and the speediness of of the device are also commendable, since its uber affordability (relative to other quad-core units) makes one expect less. There's that famous saying, less is more. 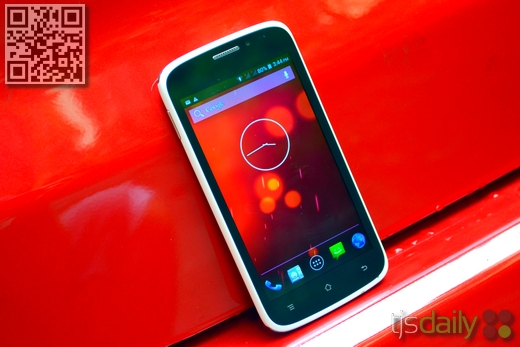 Overall, the Arc Mobile 450QD is a solid device: It's a performer in many aspects (Bonus: It doesn't have buggy software), but comes up short in some areas such as the camera and the RAM. That considered, the pros still outweigh the cons. This device proves that a premium experience is still available even at considerably low price points.