Cherry Mobile has been releasing phones nonstop to the point that they're beating their own records over and over again. On one hand, it's good for us consumers because we will have a lot to choose from. On the other, it could possibly bring an image of the company bringing in tons of phones with a high frequency, making consumers hold their purchases for fear of their shiny new device being obsolete next month. One thing is inarguable though: Cherry Mobile is beating its competitors to pulp, quality and price-wise.

A great example of this is the Cherry Mobile Hyper, a 5-inch dual-core phablet the mobile tycoon released recently. We had some time with this small giant, and this post is what we think about it. Read our Cherry Mobile Hyper review below.

The Cherry Mobile Hyper is a huge chunk of Android goodness. It's particularly hefty, probably a little bit thicker and heavier than the Titan, but is also more solid. 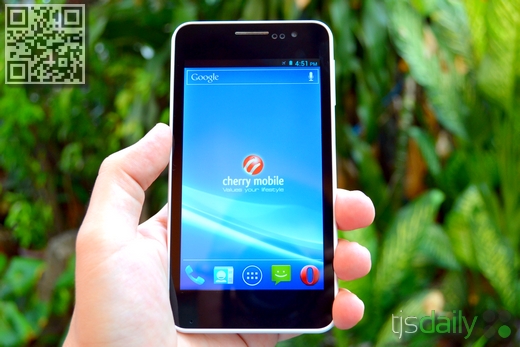 The front of the Hyper sports a 5-inch display with the now-standard 3 soft-touch buttons, front-facing VGA camera, a Samsung-inspired earpiece, and two very conspicuous sensors. Unfortunately there's no notification LED.

The back portion meanwhile carries a 5-megapixel camera surrounded by a chrome piece (with the flash directly below it) and a loudspeaker at the lower area, all in a powdery-smooth finish. The powder finish is the type to pick up dirt and smudges which tend to stick permanently. At the center of the device is the dirty-looking Hyper logo. I personally hope the company would stop doing logos with fizzy lines. It makes a device look cheap. 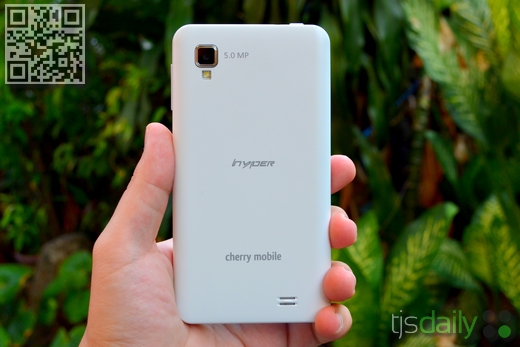 Located at the top portion of the Cherry Mobile Hyper is its sleep/wake button. Lying beside it is the device's 3.5mm audio jack. At the left side is the matching volume rocker.

Device handling is okay at best, considering the device's heft. Button placements are poor and reaching them with one hand proves difficult. It's a perfect fit to the hands on a landscape orientation though. 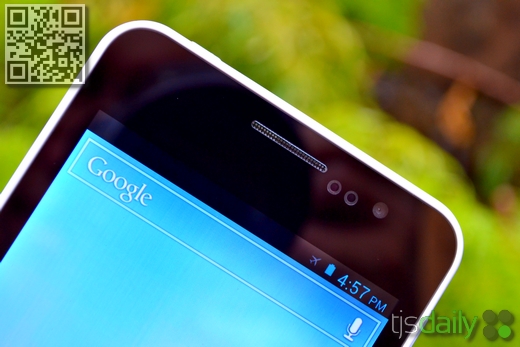 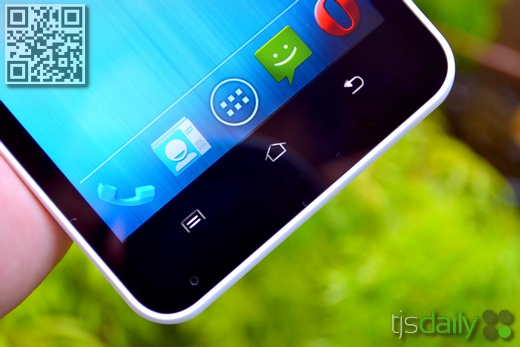 The Cherry Mobile Hyper sports a 5-inch WVGA capacitive display (800 x 480 resolution, ~187 ppi) similar to the Titan. The screen has nothing special going for it, including the glass (for the uninitiated, Dragontrail Glass and OGS have been prevalent in recent Cherry Mobile releases). But at its price point, it's a great compromise for people looking for a device with a large real estate, especially after considering that such will cost big money less than one year ago. 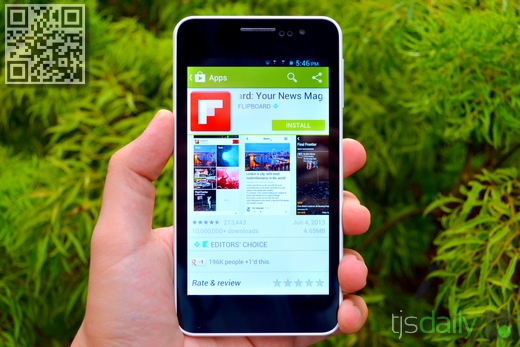 Color richness and vividness of the Hyper are so-so at best, with viewing angles just right for normal usage. But as I always say, if you're touchy about your pixels...you get the idea.

As with a majority of its devices, the Cherry Mobile Hyper sports a slightly altered Ice Cream Sandwich UI, with some stock icons skinned according to the company's taste. It'll be easily solved by installing a launcher or two. All-in-all, the UI is almost stock Android. 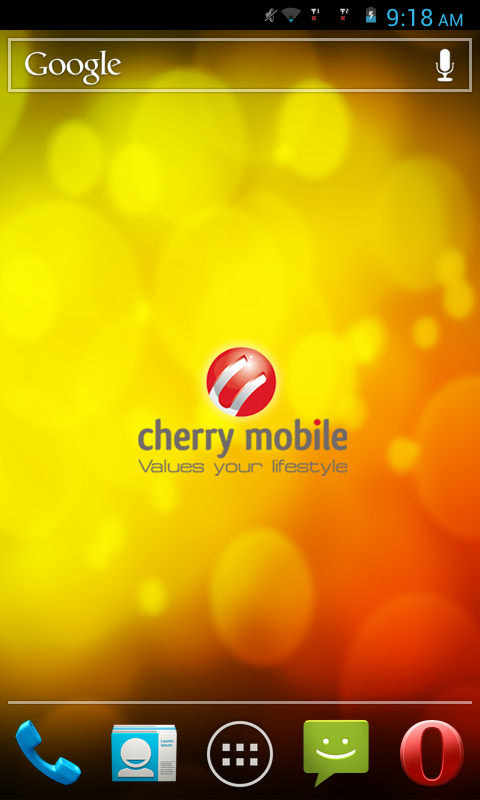 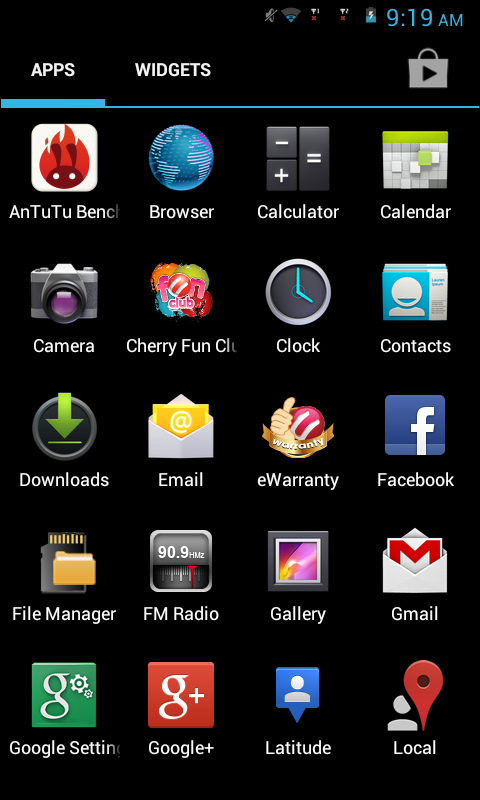 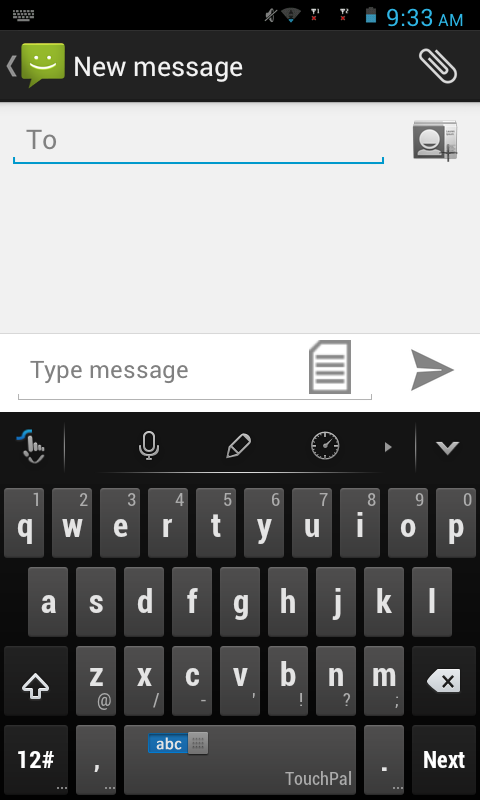 Aside from battery issues (more on this later), the Cherry Mobile Hyper seems to have display problems as well. The unit I handled will go from operating brightness to idle brightness then back to operating brightness after a few seconds randomly. While I cannot pinpoint the exact cause, it's fair to say at this moment that the unit I was testing was faulty.

The Hyper's 5-inch capacitive display is very responsive and maxes out at a 5-point multitouch level.

The Cherry Mobile Hyper sports a Qualcomm Snapdragon MSM8625 processor, 512MB of RAM, and an Adreno 203 GPU. It's definitely not the fastest today, but it'll handle most applications like butter. Given the specs, it's fair to expect and experience a few occassional stutters. Benchmark ratings below. 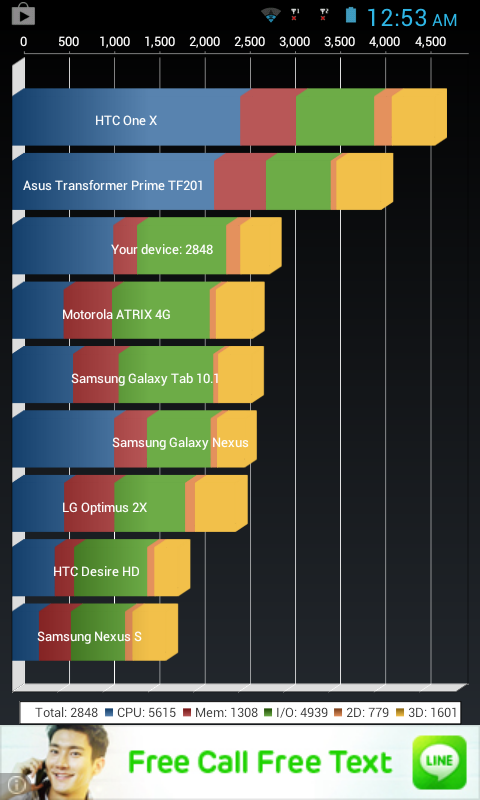 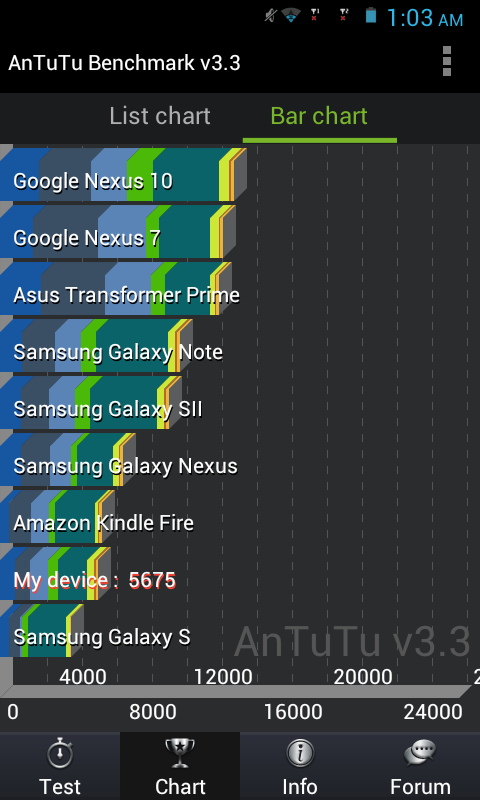 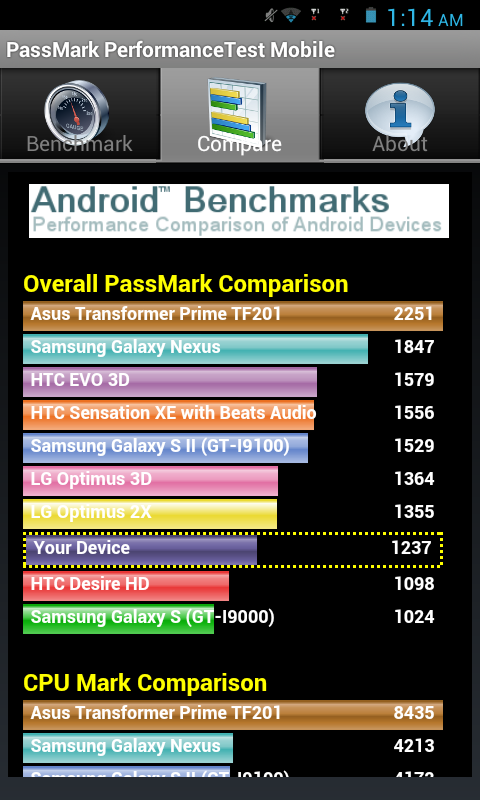 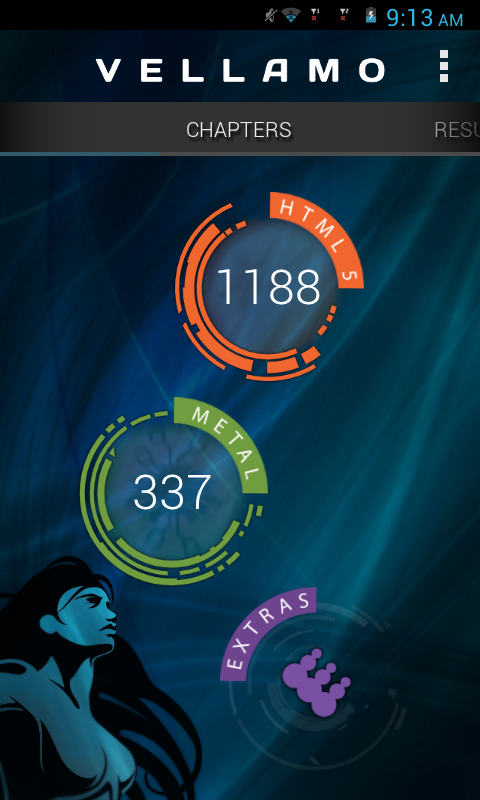 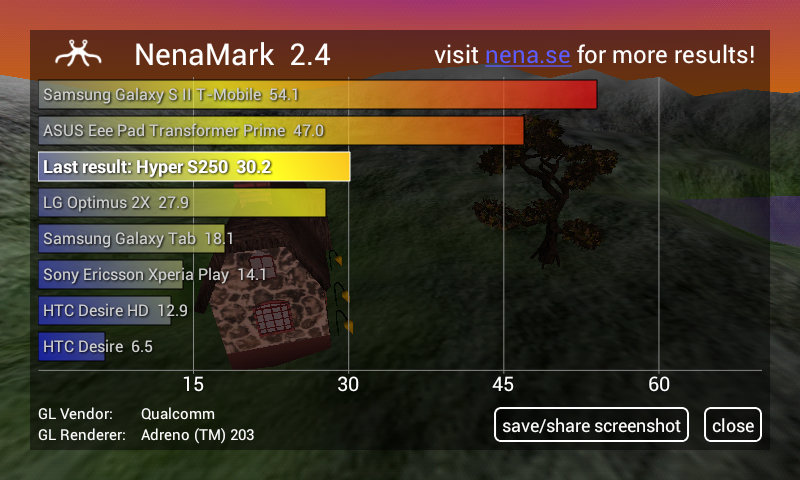 The benchmark scores above are in the range of dual-cores. Factors such as CPU, GPU, RAM, plus a host of others have been factored in to arrive at such scores. In fairness to the device, it has a pretty good framerate for its specs. 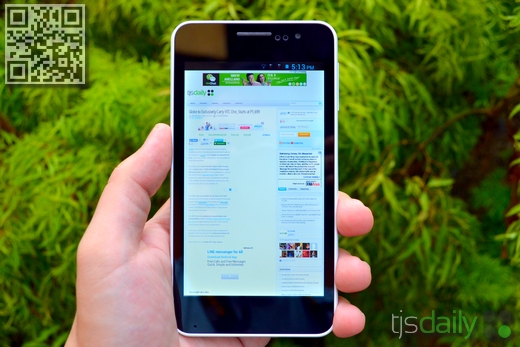 Website rendering on the stock browser is a little off, and it loads broken areas even if you have good internet and refresh the page a couple of times.

The Cherry Mobile Hyper might not have things going for it in the display and the battery department (viewing videos on its huge screen is acceptable though), but one area this behemoth impressed me at is its sound power. It's probably in my top 5 of loudest and more audible Android devices. I placed it side-by-side with my aging Skyfire, played the same audio file, and the Hyper just blew the sound off of my personal device. And yes, the sound is not as canny as you'd think. 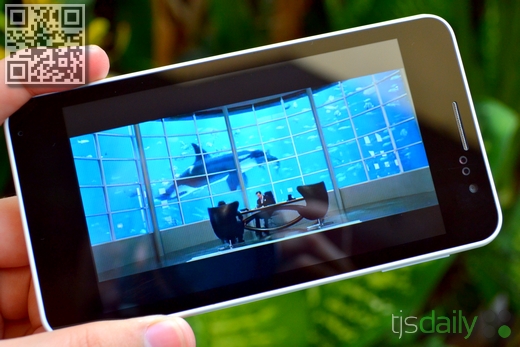 The stock headphones meanwhile, are another story. But you already know that. Honestly, when will bundled headphones improve?

Playing games is one of the most wonderful things you can do in any device, be it a handheld or a smartphone. Fortunately, the Cherry Mobile Hyper doesn’t fail to deliver…in some games.

I installed the very new Dungeon Hunter 4 on the device and it plays smoothly. Gaming experience is absolutely gorgeous. Sadly, I can't say the same with D-Day Commando shooter. The device hiccups occassionally on this specific game. And once I thought I got everything figured out, the device suddenly force-closed on me. I honestly expected more from a Snapdragon. 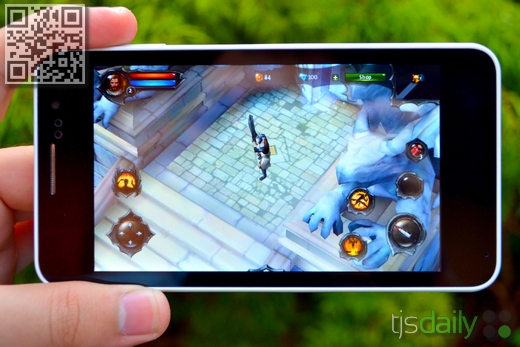 That aside, other 3D shooter such as Shadowgun: Deadzone and Dead Trigger loaded perfectly and played fluidly.

The Cherry Mobile Hyper sports a 5-megapixel rear camera with AF and LED flash and a 0.3-megapixel VGA front camera. It's not the best out there, but to be fair it performs acceptably, and images are quite detailed provided you have the right timing and angle. 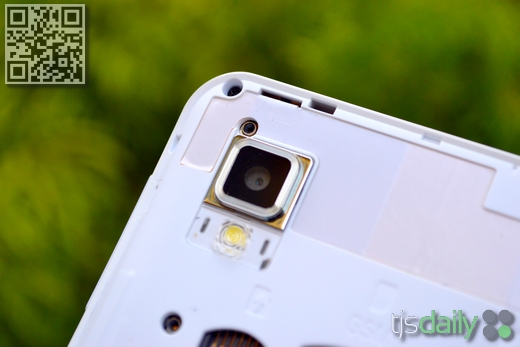 One thing that's quite noticeable about the camera is its focus time and its shutter time which are, suffice to say, pretty lengthy. Images meanwhile, as mentioned above, are acceptable. Sample shots below: 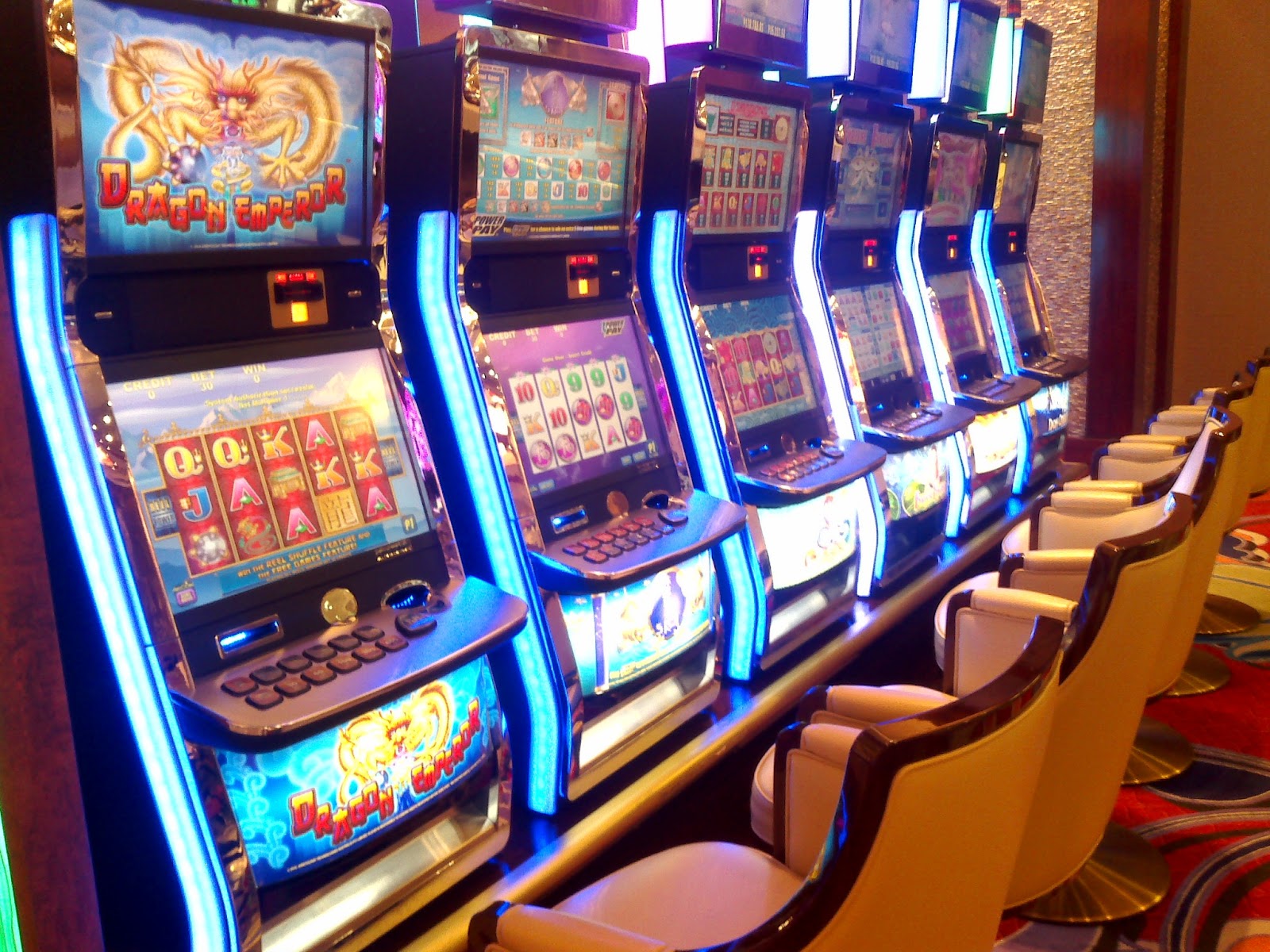 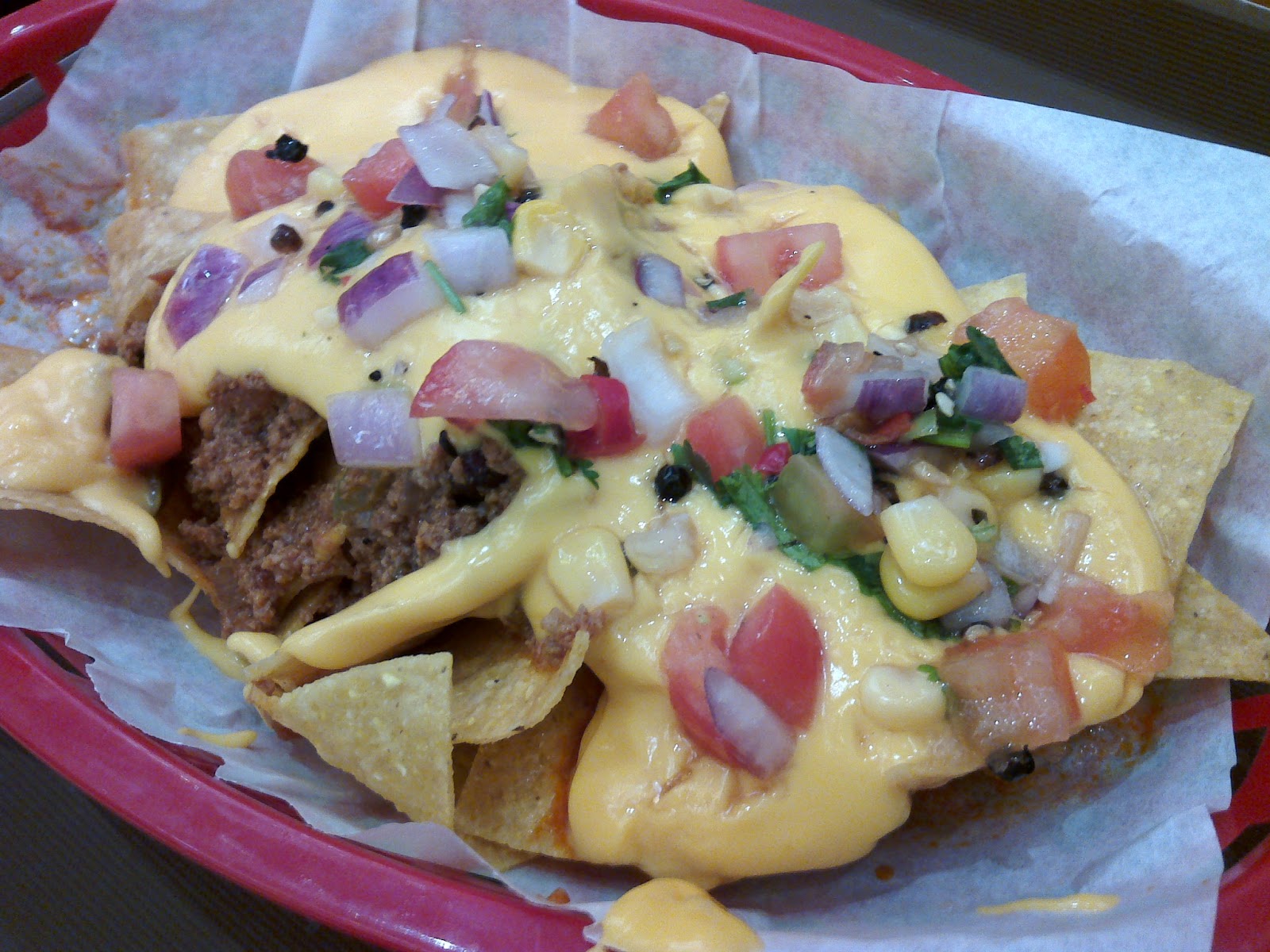 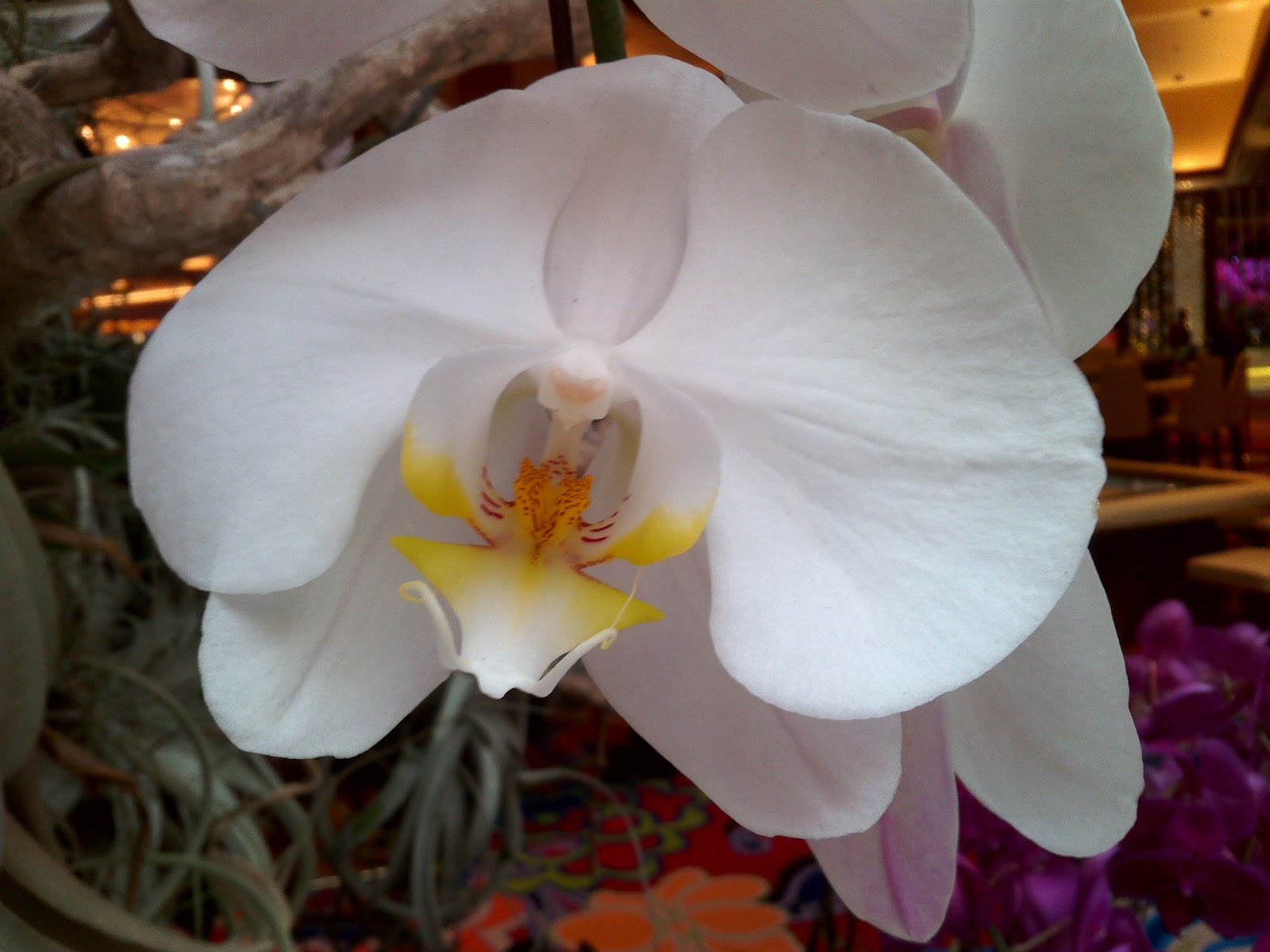 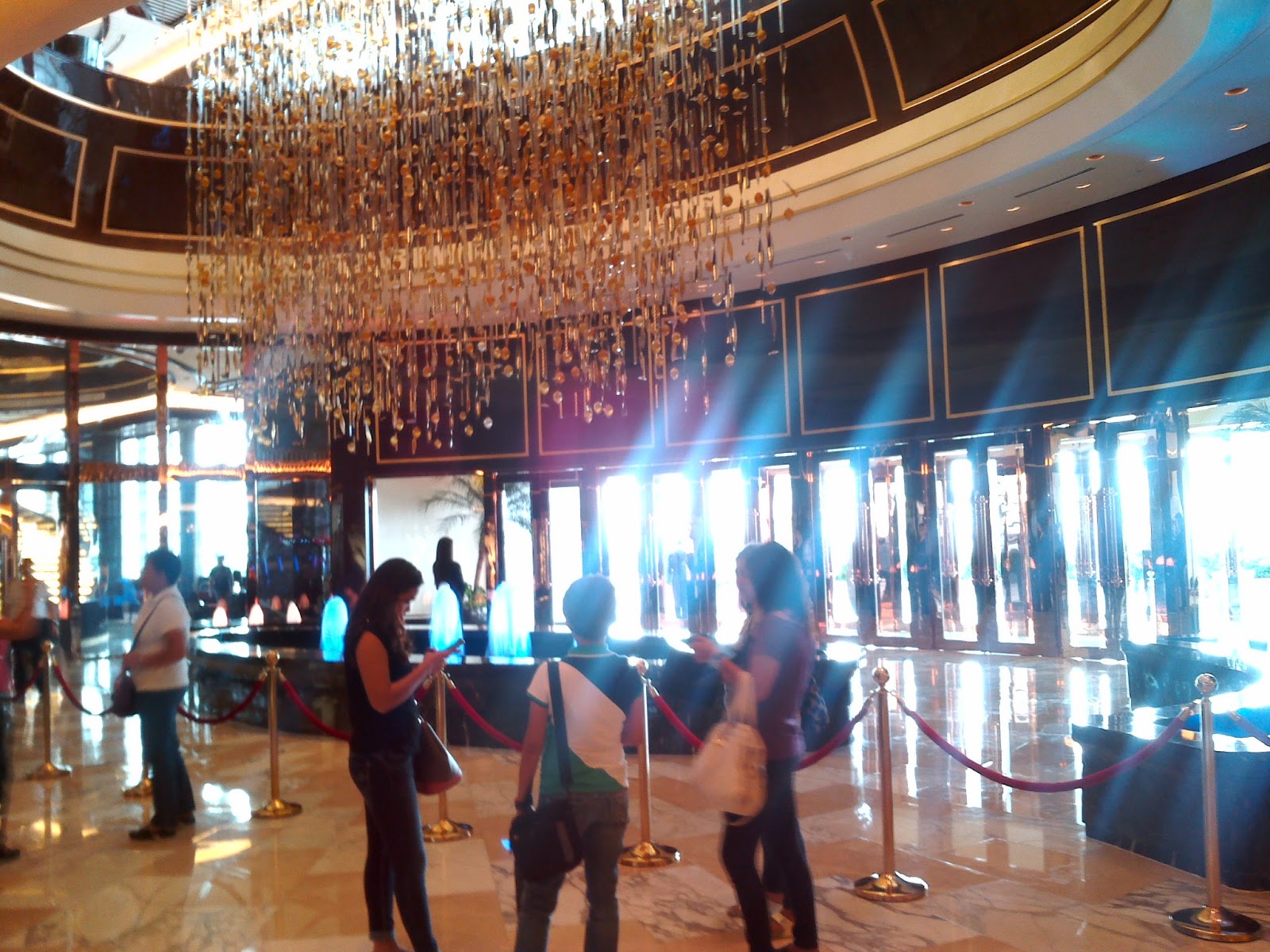 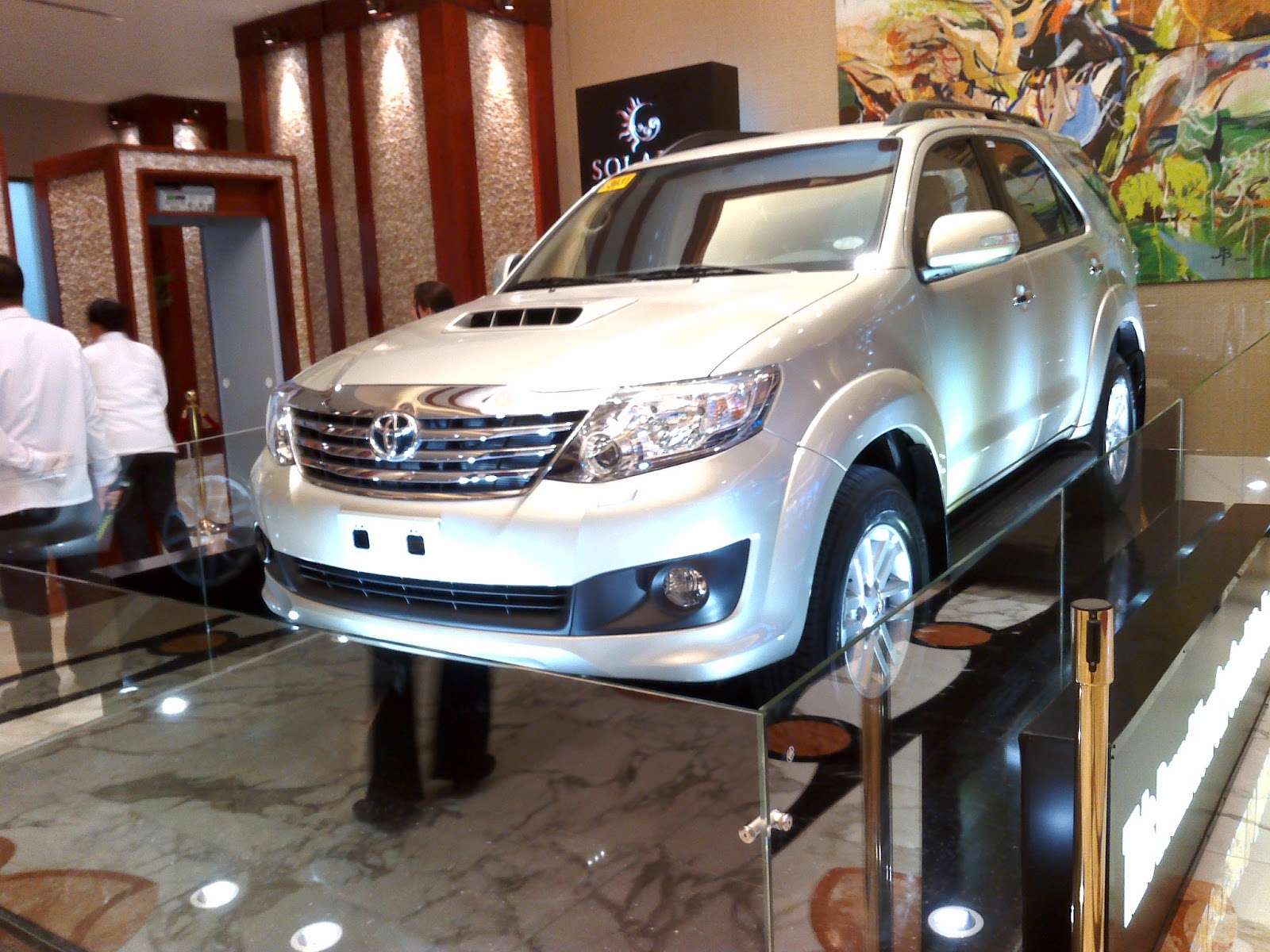 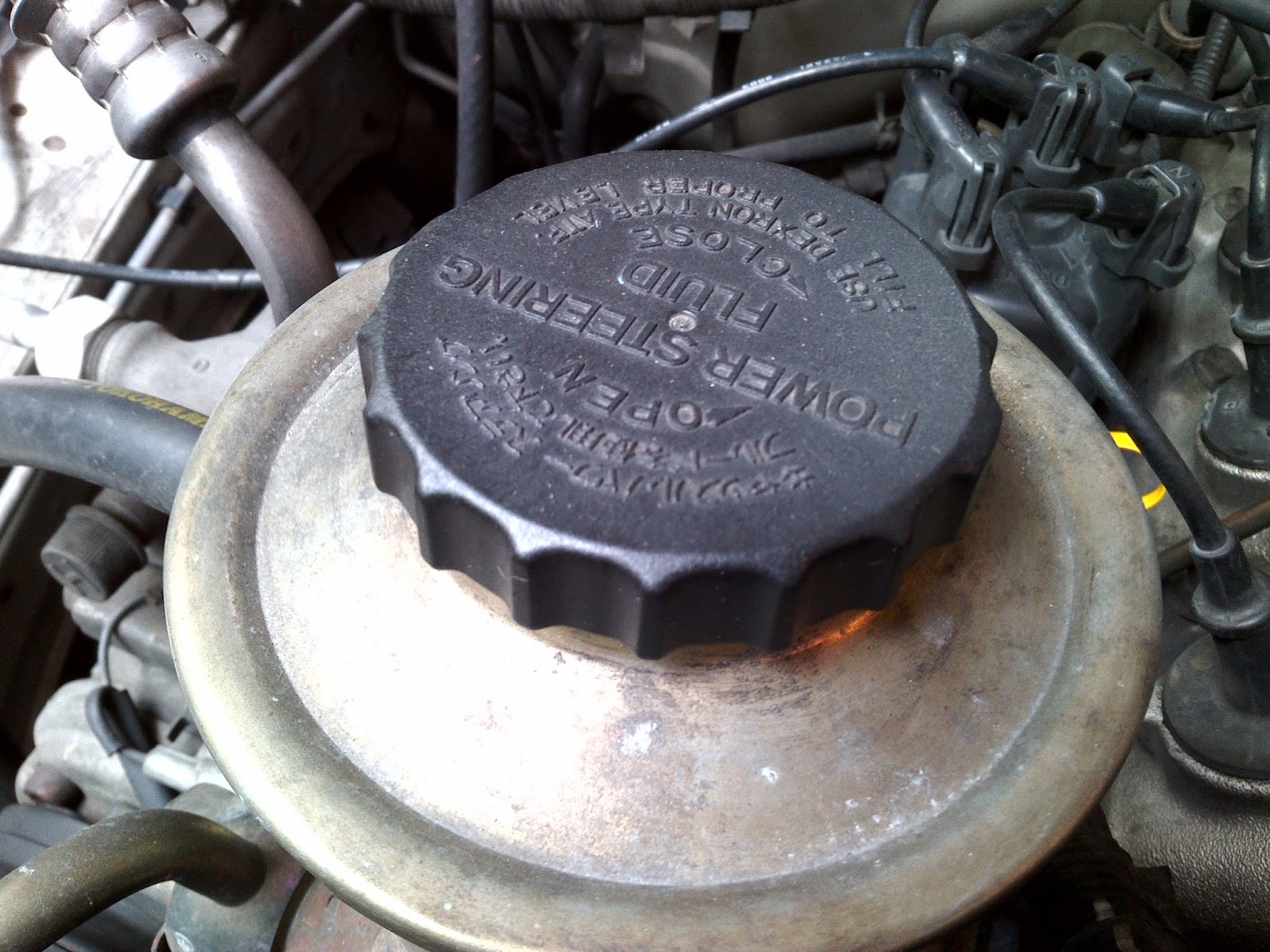 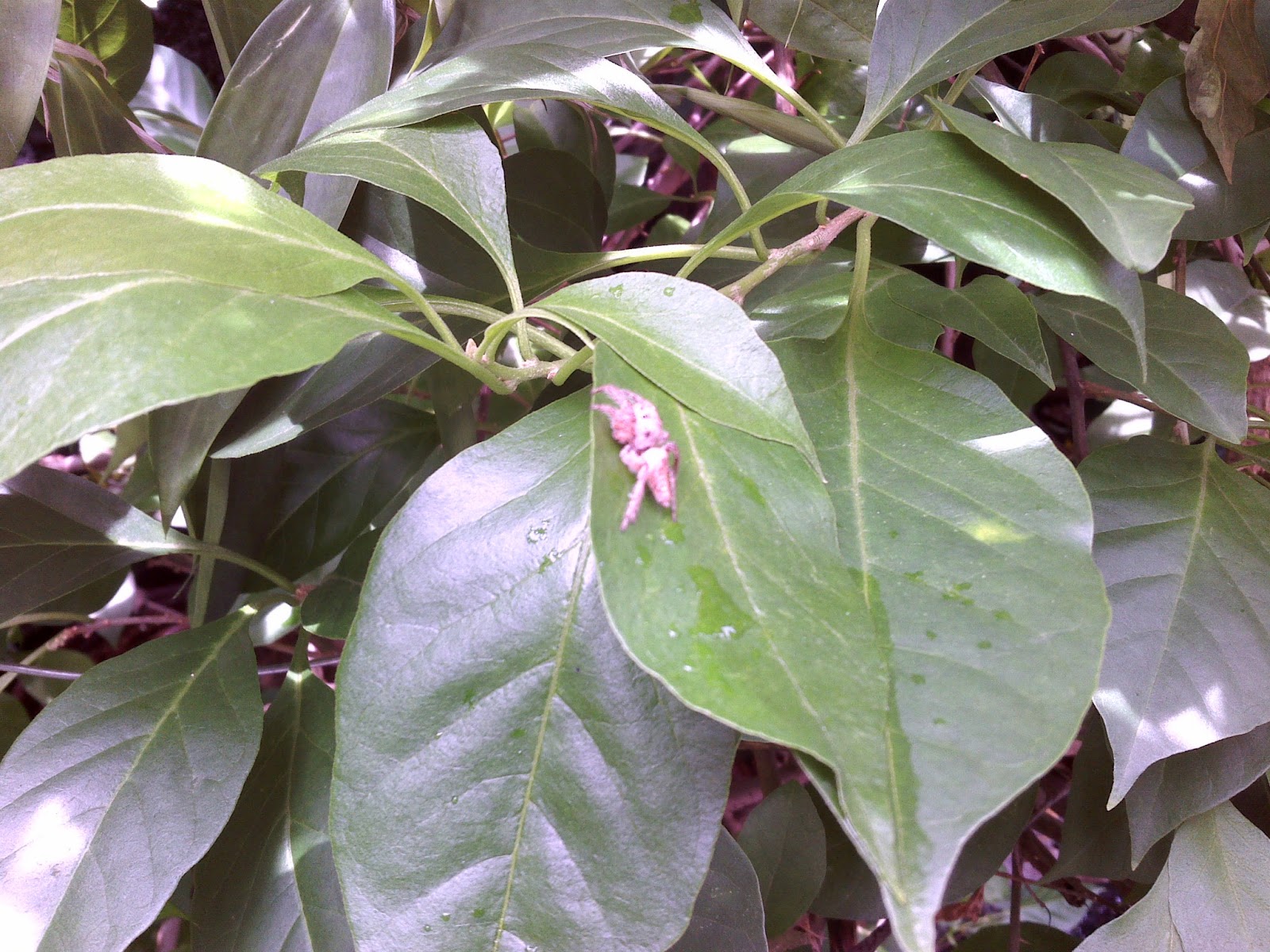 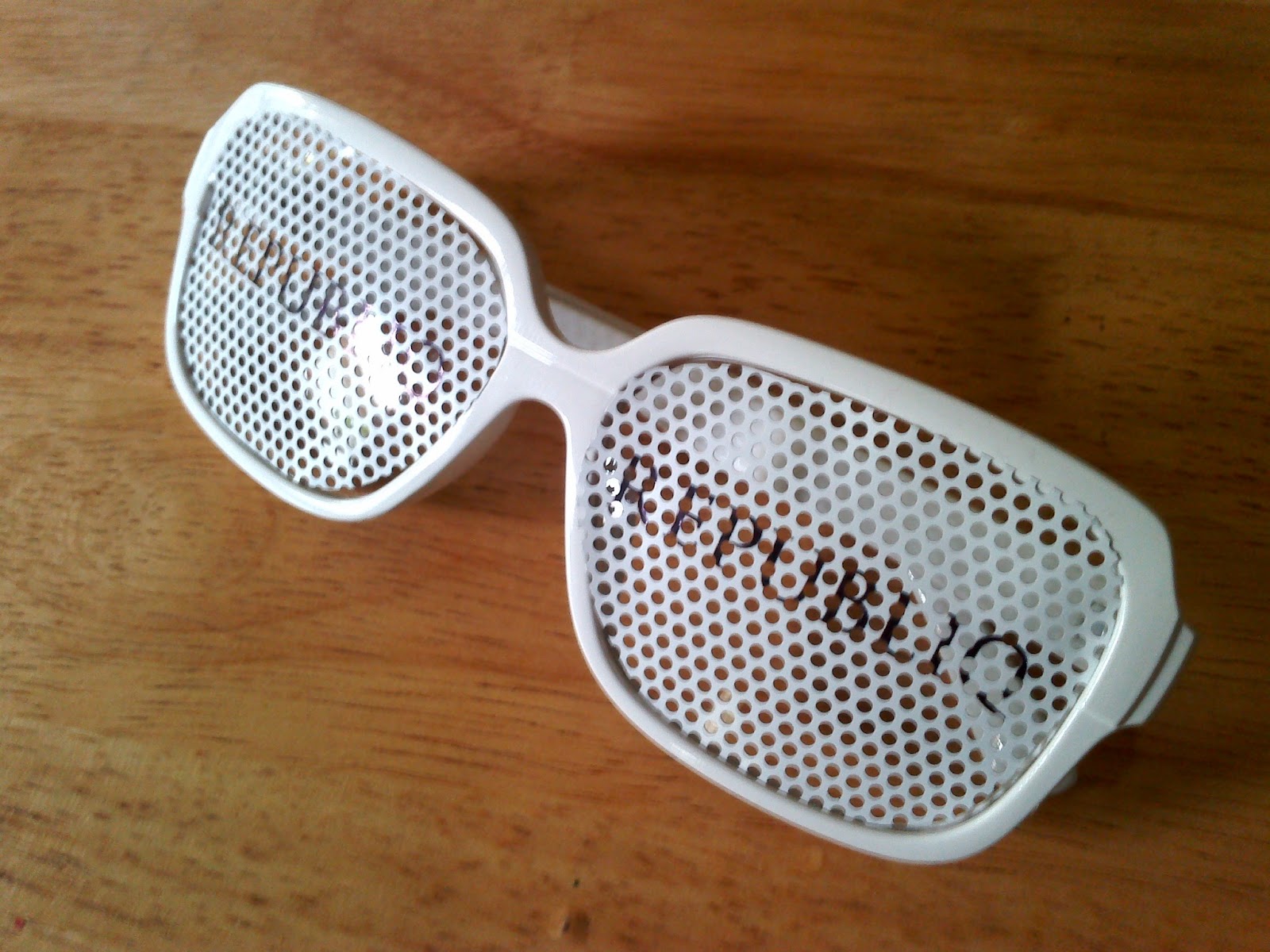 Photos exhibit a whitish, cloudy texture in them. Noise and color deterioration are prevalent at higher zoom levels.

The Cherry Mobile Hyper is equipped with a 2000mAh Li-ion battery. Pretty standard, though it could have been larger. And by larger I mean enough for the device to even last a day. 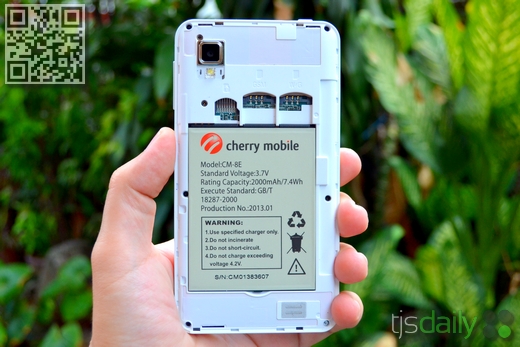 Considering its specs, the Hyper guzzles battery non-stop, even when idle. I can't pinpoint the source of the problem (hardware or software?), though battery usage indicates that "Cell Standby" and "Phone Idle" are the culprits. Unfortunately, the same issue happened even if the device was in airplane mode. Faulty device? You tell me.

Charging time for the device from 0 to 100 takes just over 2 hours and 30 minutes. 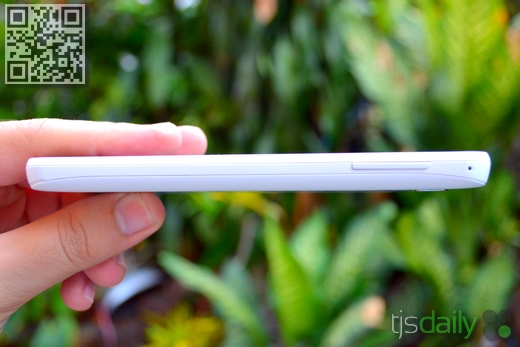 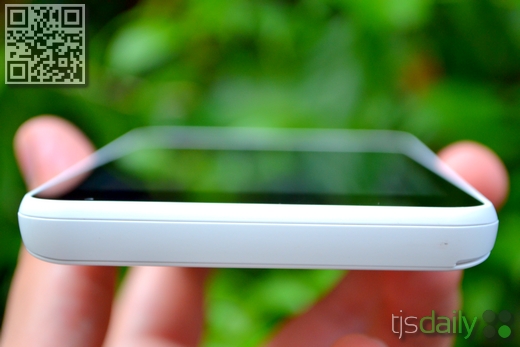 Expectations go hand-in-hand with quality and technological improvement, and no product is exempt from it. When people started making the first computers, they were as huge as rooms. As time progressed, those room-sized computers shrunk into ultrabooks, which by the way are way, way powerful than their predecessors. And when quad-cores are all the rage, you expect dual-cores to be refined at this point in time, not go back a year or so. 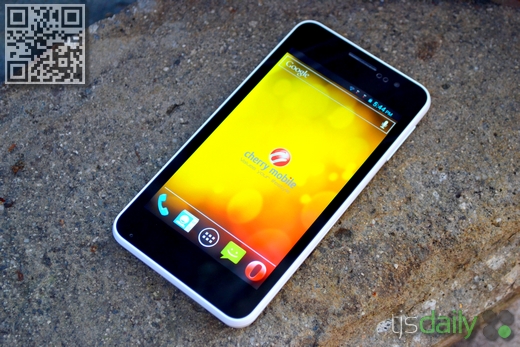 The Cherry Mobile Hyper is such. It's got everything going for it on paper—and don't get me wrong, the Hyper is fast—but it fails to deliver the user experience I'm looking for. I love the size, the design (especially the powder finish), the sound, and the display. Sadly the battery is its biggest turnoff. How would you feel if you leave your device right beside you in bed at 60% only to later find out that it's dead when you wake up?

To the device's credit though, it's power to affordability ratio is one of the best. A 1.2GHz dual-core Snapdragon at below P5,000? Yes please.

If you're all about power and affordability—and aren't very icky on battery life—the Cherry Mobile Hyper is the Android for you.