Looking for your new, mid-year smartphone? A tablet, perhaps? You're in luck. SM Supermalls, in partnership with MSI-ECS and PLDT, recently launched a nationwide sale in all SM Cyberzones. That's right—all SM Cyberzones across the nation.

Aside from discounts, top digital brands like Acer, Dell, HP, Microsoft and Samsung would also be holding tech exhibits at the following dates: 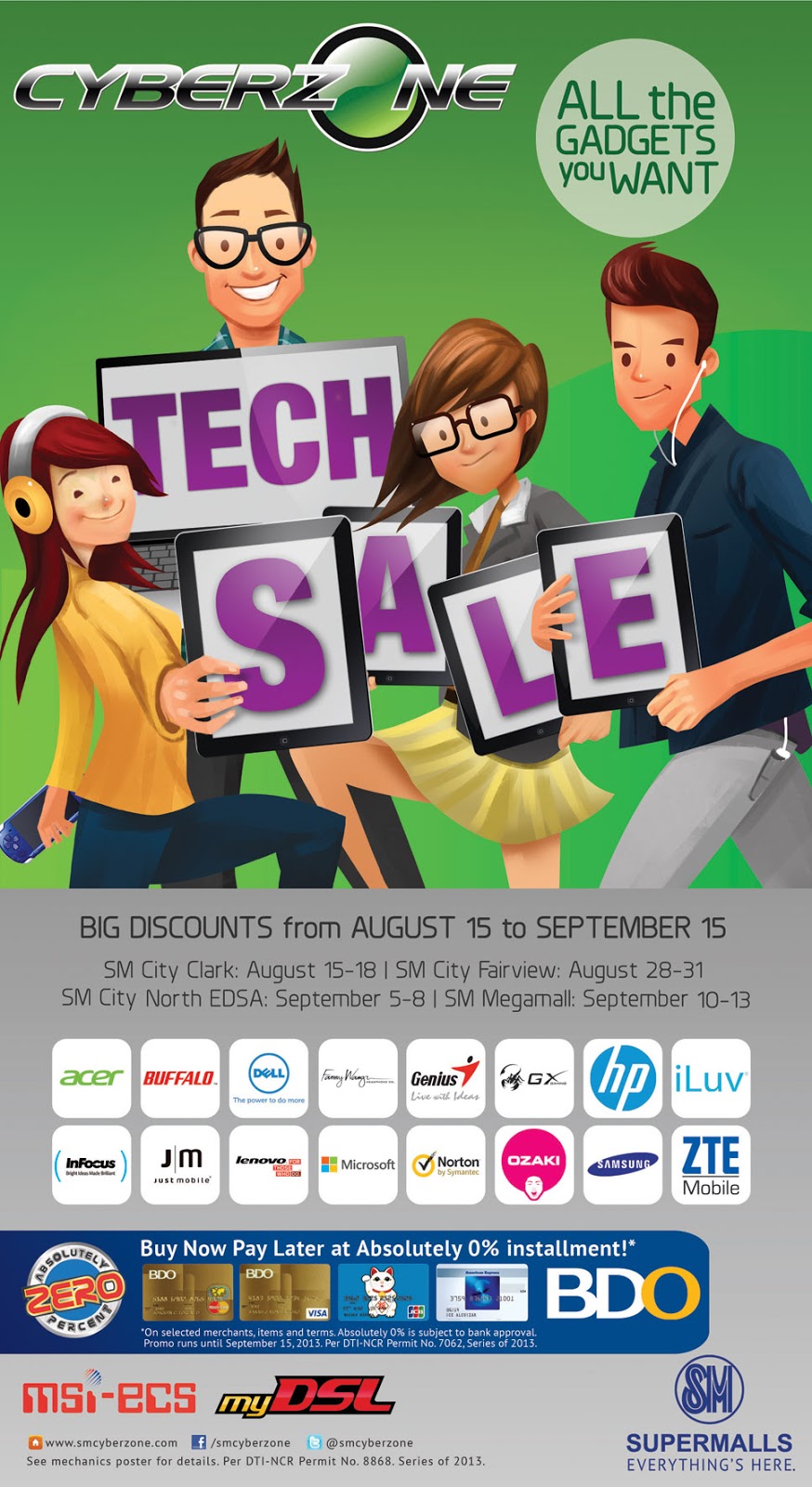 The nationwide SM Cyberzone Tech Sale will run from August 15 - September 15, 2013. That's one whole month of exciting products to choose from! BDO credit cardholders meanwhile get a 0% installment offer on selected items.