Gamers unite! The most anticipated gaming event of the year, the Pinoy Gaming Festival 2013, is going to happen this coming October 26 - 27, 2013 at the World Trade Center Tents B & C, Pasay City. The PGF debuted in 2010, and has since became one of biggest gaming events of the year every year. 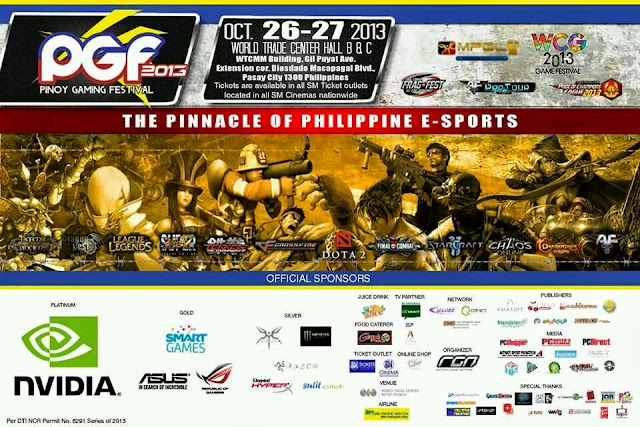 The event will also hold a cosplay competition - featuring local cosplay celebrity Alodia Gosiengfiao (on Oct. 26 only) - with prizes up to P15,000 in cash, a rig building competition, the Mineski Pro Gaming League Philippine Finals, and booth events with premium prizes.

Tickets are available at all SM Ticket Outlets located at all SM Cinemas nationwide for P160 each.

For more information on the Pinoy Gaming Festival 2013, go to https://www.facebook.com/PinoyGamingFestival.