Xiaomi's MIUI OS is starting to get recognized: Quite a few Filipinos even made ports for it on Android. You just have to know how to flash the ROM to your device. Thing is, not everyone is into flashing.

So how do you run the MIUI OS without rooting and flashing? Simple. Download and install the MiHome Launcher from Google Play for free. 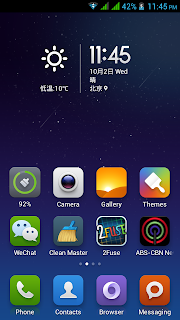 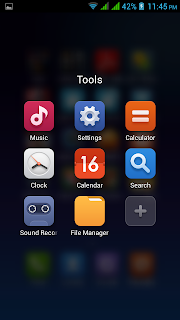 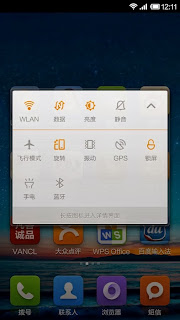 The MiHome launcher is compatible with all Android devices, though some heavy features work only in Ice Cream Sandwich or later. Another thing that you'll find mildly incovenient is that some texts are still in Chinese. Other than that, the launcher runs smoothly.


Key features:
- Fast and stable: Let’s your phone run as efficiently as possible.
- Simple and easy to use: The desktop grid-like layout makes it easy to manage your apps
- Sleek and beautiful design: HD custom icons, variety of lockscreens and a MiSpace feature that is unlike any other user interface.
- Personalized themes: Choose from thousands of free themes, wallpapers, ringtones created from top designers.
- Useful functions: a one click cache clean up key, features that allow you to manage your phone contacts easily and a toggle panel that allows you to efficiently switch on or off commonly used functions.

MiHome  gives you a taste of what the MIUI OS offers. Advanced features such as system UIs aren't covered by the launcher. If you're interested in running full MIUI, you should explore flashing  a port, provided your device is compatible.