If you're the type that likes limited edition consoles, you might be interested in owning one of the "Fox Edition" PlayStation 4s primed for release this coming March. It comes bundled with a copy of the latest installment of the MGS series, Metal Gear Solid V: Ground Zeroes. 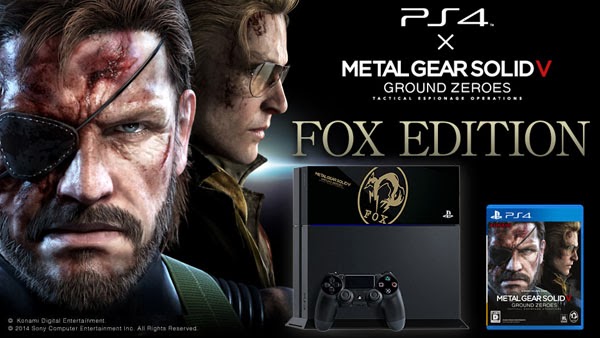 The limited edition console is currently only confirmed in Japan (there's no word if it would even reach North America or other parts of Asia), and owning one would set you back around $470. That said, this console's still cheaper than the ones being sold locally.

Expect more limited edition consoles from Sony in the years to come. That empty, shiny space sure comes handy in redesigns.