Coming in two variants (LTE + HSPA+ and HSPA+-only), the Gionee Elife E7 sports a Snapdragon 800 processor, a 5.5-inch FHD LTPS display, NFC, LTE, and a 16-megapixel camera with a 1.34µm pixel sensor size — which Gionee themselves have implied is the smartphone's strongest suit, emphasizing that the device was "made for shooting." 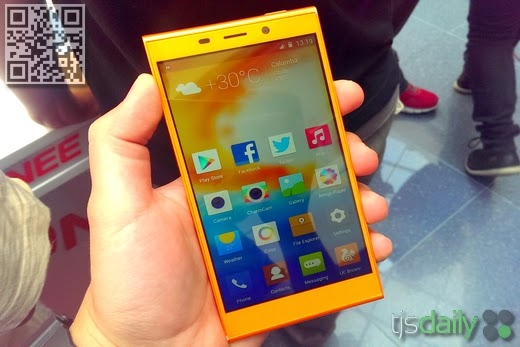 The Elife E7 operates on an Android 4.2 Jelly Bean derivative, the Amigo 2.0. It has some subtle similarities with the MIUI from Xiaomi, but the differences stop there. There's also an improvement in ease-of-handling, a contributing factor of which are the improved innards. The camera meanwhile is filled with, if I may say, already existing but helpful features, such as split-second captures, background object removals, smile captures, and the like. There are also built-in filters to help you add mood to your photos. 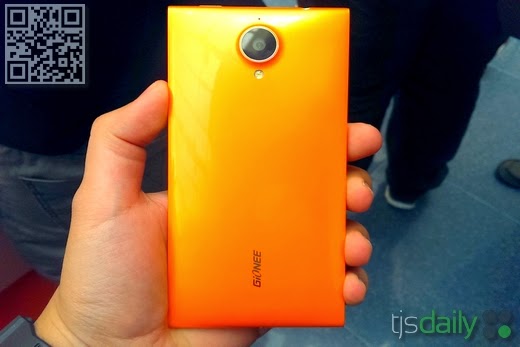 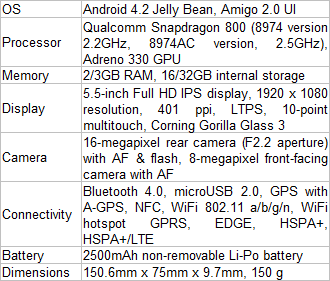 The Elife E7 feels solid in the hands (though its predecessor is thinner and lighter to the touch). The device also looks gorgeous, as there are no extra markings (aside from the Gionee logo at the back) plus everything flatly-tapered, making the device sleek. At best, the smartphone looks like a cross between a smaller Nokia Lumia 1520 and the Huawei Ascend P6. 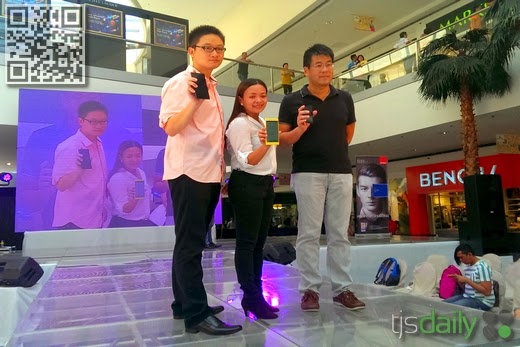 Stay tuned for our review of the device.