Samsung Holds Annual Sale for Smartphones and Tablets this 2014, Adds Bundles to Purchases

Samsung's once again hoping to clear inventory this season with their annual Great Samsung Sale, partly because they're preparing for the launch of their latest flagship the Galaxy S5, and partly because, really, who doesn't love sales?

Though we hoped for more significant discounts, Samsung Philippines is offering - up to March 21, 2014 only - up to P2,000 off on selected smartphones, and bundled items, such as flip covers and power banks, on most of its products on sale. Among the highlights include the Samsung Galaxy S4 (now P28,990 with a free flip cover), the Samsung Galaxy Note 3 with a free 9000mAh powerbank and a flip wallet, and the Samsung Galaxy Gear, now onlyP10,000 (formerly P3,000).

See the poster below for the complete lineup. 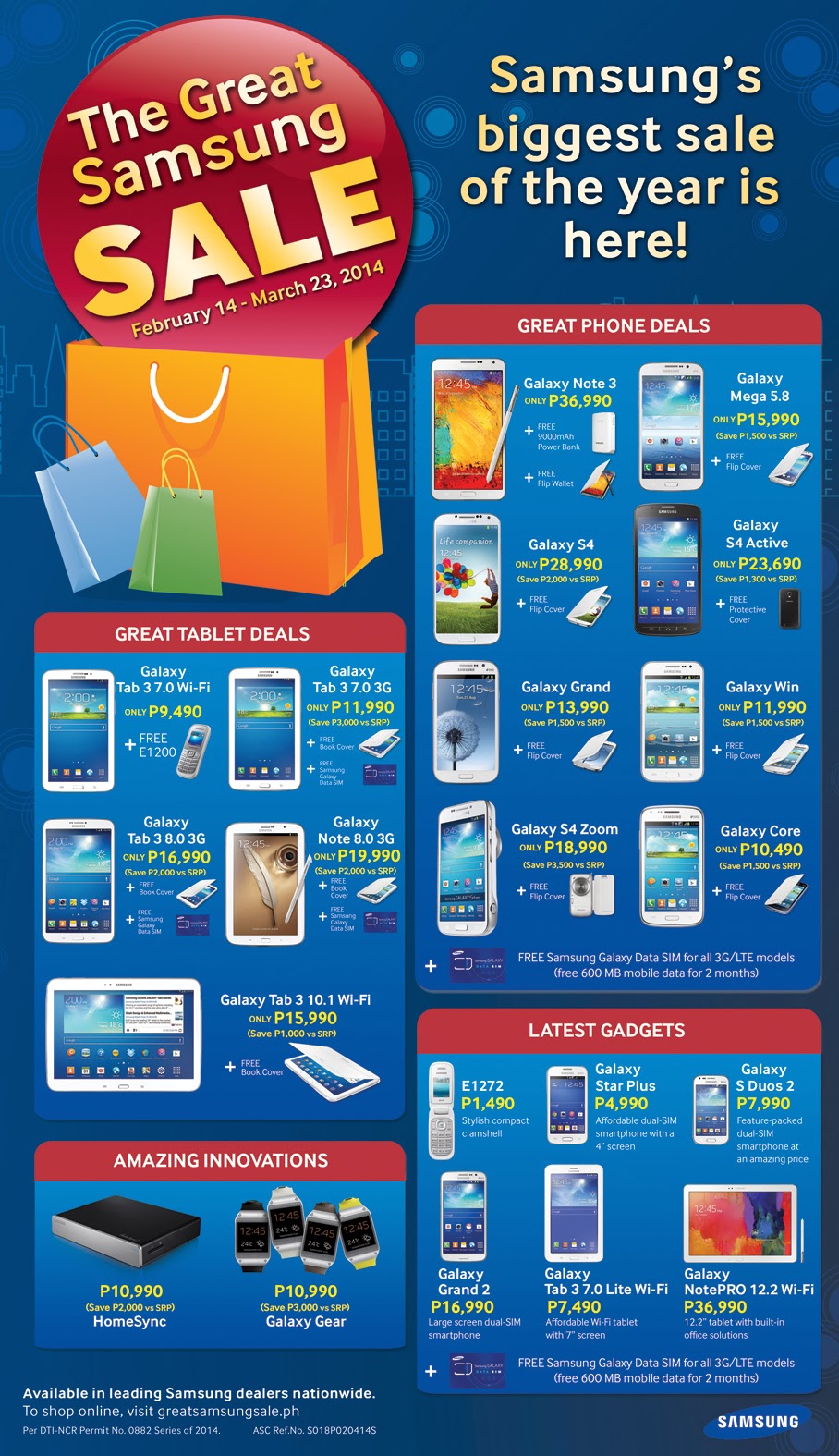