The lightweight Soho on-ears however aren't without its downsides. There's goodness in everything you hear, but the compactness of the unit - even if it made it more mobile - missed the mark, especially in prolonged listening sessions.

There's no doubt about it. The Harman Kardon Soho headphones are a total looker. The set screams premium everywhere you look, starting from the band down to the cups. That's after considering that these are compacts (because the big bulky pro DJ headphones get all the attention). 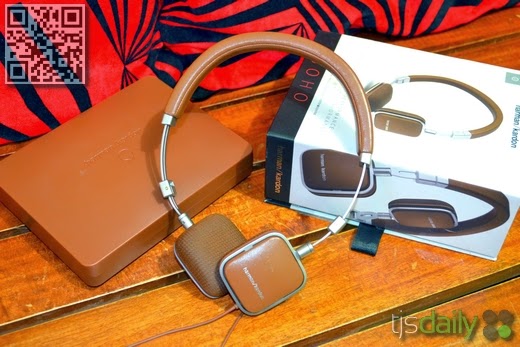 The stitched leather running down from the band down to the headphones, plus both the collapsible and non-collapsible metal parts, are finished in great detail. The arms fold inside the band parallel to each other (as against other cans that cups fold on top of each other), though one can experience some trouble collapsing them properly without encountering tangling with the fragile cords. The ear pads are detachable, thanks to magnets embedded in the plastic rim of the cups. Lastly, you have a mic/remote-equipped removable cord, a boon for people who don't like pulling out their smartphones/music devices out of their pockets just to switch songs or increase the volume. 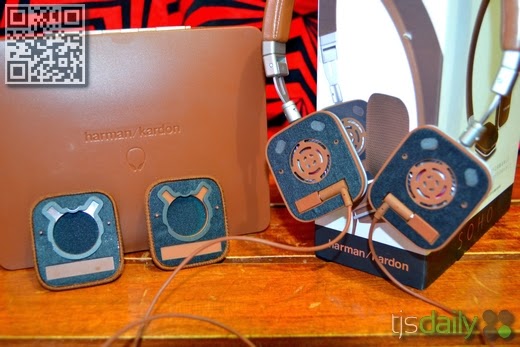 One thing that greatly pulls down the points of the Soho is its comfortability. For small-skulled people, it would be a good wear. Alternately, it's literally a pain for bigheads (like yours truly). The pair clamped down on my head unlike any other I've tried, and the fun quickly starts to fade when it begins to hurt. Also, the cups failed to cover my ears wholly, even with the hinges fully extended.

The Harman Kardon Soho performed as good as it looked, no question about that. The music it played back during my spin sounded whole, albeit with a few minor issues, but we'll get to that later.

I immediately tested a range of EDM and bass-heavy tracks on the Soho, and it performed as expected. The bass laid a good foundation on the tracks, sounding robust, with the mids and highs audible as well, i.e. there's a good balance between all the elements running in a song. There are certain tracks, however, that the Soho started to sound tinny, especially on fast cymbals, with full lows still running. I personally thought it sounded thin, but only on very selected tracks. For what its worth, bossa nova and nu/metal rock songs registered clean sounds.

Noise isolation and sound leakage were a no issue, provided you don't crank up the volume to an eardrum-breaking max on the latter. And though listening fatigue is subjective (its a per user experience basis), it took me about an hour and a half of listening, while doing other activities, before calling it quits.

The Harman Kardon Soho, being the lightweight it is, doesn't come small in sound quality. It gives off a warm, well-balanced performance on mainstream songs - something that would please both casuals and critics. It's also one of the more chic and fashionable products Harman Kardon has in this side of the market. And as mentioned above if you're among the people that like to combine functionality with style, the Soho could be for you. 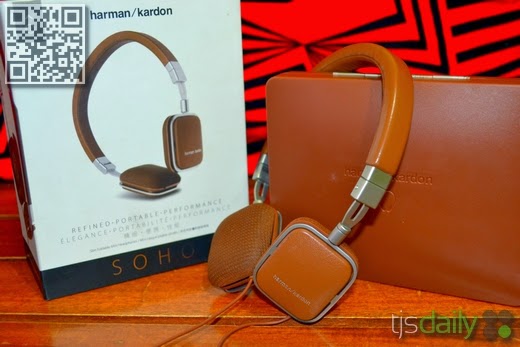 The above said, don't expect it to be kind to your head. Even with the cup paddng considered, the headphones will be putting constant pressure on your ears.