Famous smartphone leakster Evan Nelson Blass, also known as "@evleaks", has launched a Twitter account designated for the Philippines. Sporting the handle "@evleaksph", the account tweets information and leaks in the Filipino language simultaneously with the original English account. And yes, those tweets include releases not included in the Philippines, such as AT&T products. 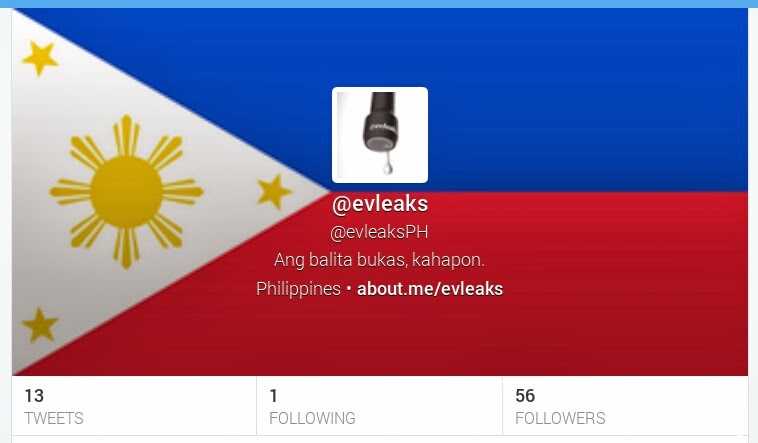 We did a little bit of digging and found out that the @evleakPH's first tweet were at least 18 hours ago. According to bgr.in, @evleaks have started launching accounts that now include "Indonesian, Spanish, French, Mandarin, Italian, Japanese, German, Czech, Arabic, Persian, Brazilian Portugese, and Filipino." The Philippine account has 56 followers as of this writing. 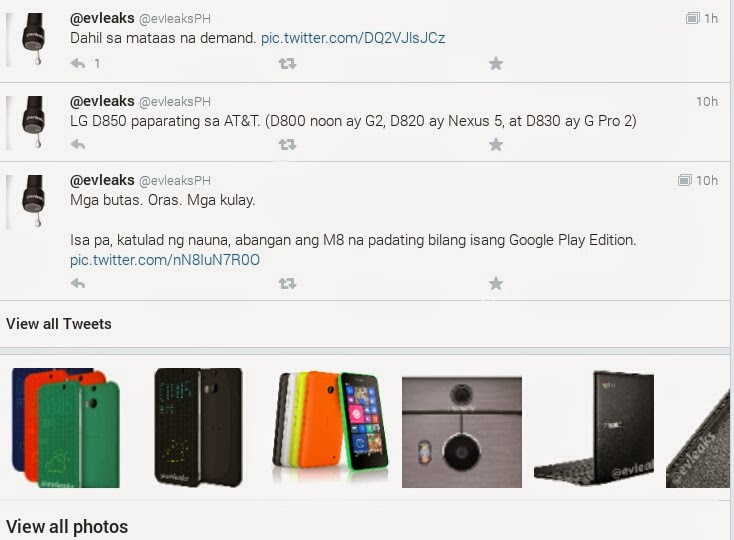 The leakster's motives  are still unclear, though we could guess that the included nations have a very interesting smartphone scene. Should you be interested in leaks featuring your own language, start following @evleaksph now.