Nick Fury Flashes the HTC One on Captain America: The Winter Soldier

If you're the director of one of the world's most secret government organizations, you'd definitely opt for a custom smartphone and make sure it's seure as heck. You're taking care of a lot top secret projects to say the least. But no, not SHIELD's Nick Fury. We recently discovered that his smartphone of choice is none other than the HTC One.

This line serves as a warning as there are spoilers ahead for the movie Captain America: Winter Soldier. Continue reading at your own risk. 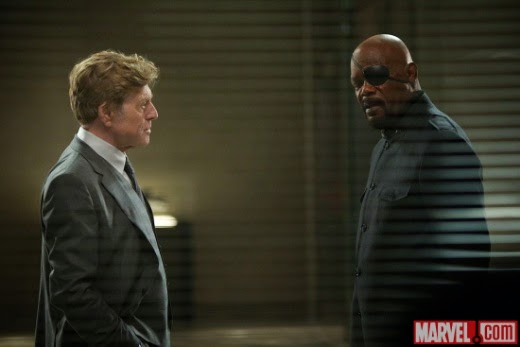 Now that we got that out of the way, a badly-wounded Nick Fury (from the Winter Soldier's ambush earlier in the movie) found his way to Steve Rogers apartment to warn the captain of the impending danger ahead at SHIELD, and that he should trust no one. The director did this by showing Steve the text on his HTC One while talking about his wife. It was a long exposure for the One too, since the scene is pretty integral to the movie. Too bad we don't have photo evidence of the said scene. We'd get arrested and fined if we tried to.

We can't blame Nicholas J. Fury for getting himself an HTC One though. It is among the world's most beautiful smartphones after all. What we don't understand is why HTC placed the 2013 One instead of the 2014 One M8 in the movie, when the latter was already announced late this March (plus the fact that it was leaked to Kingdom Come). Maybe they were unsure of the M8 while the movie was being produced, or maybe because of conflicting time tables? Who knows? At least HTC's marketing team looks like it's doing its job now.

Update: It turns out that the Philippines, among others, received an early release of Captain America: The Winter Soldier, and that the major release is on April 4. Here's a promotional poster of the HTC One for the movie.