Tech powerhouse Google has time and again proven their worth in the consumer arena. They've not only owned the search market, they also took our hearts with their Android operating system, Google Glass, and Google Chromecast.

Chromecast - an unassuming, beautiful $35 stick that has been named 2013's number one Gadget of the Year by Time Magazine - is a gadget which allows streaming of content from your PC or smart device to an HDMI-ready television (and they say the TV is extinct!). Chromecast does this by riding on your WiFi network and streaming or mirroring the content on your device via a selection of apps. If you want to know more about this device (of course you do!), here's our Google Chromecast review.

Google's Chromecast stick is one of the better-looking sticks out there (far better than the Roku), not that aesthetics are of any concern of yours at this point in time. I mean, this thing is going to sit behind or on the side of your television for long periods of time, and design isn't going to matter much, but I digress. 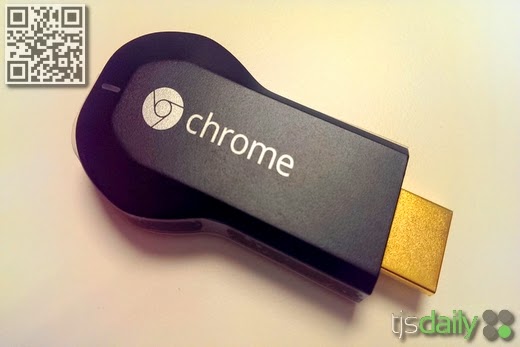 The first thing you'll notice on the front side is the emblazoned Chromecast logo, with 3/4's of the body like a conventional stick, with the last part rounded off to a circle, presumably to house the micro USB port, a reset button, the LED indicator, and of course for better grip. 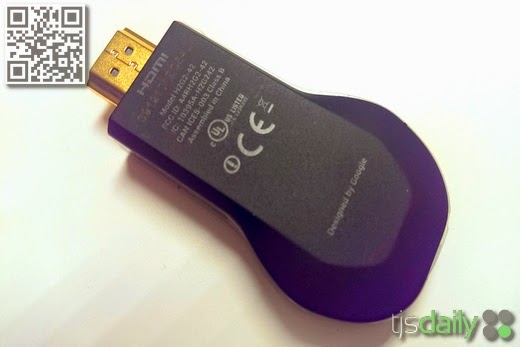 The back side meanwhile are filled with the finer details of the device, such as the serial number, the device's origin, certifications, and the like. The HDMI connector, on the other hand, is gold-plated. Gold-plated ports and connectors have been rumored to generate superior conductivity and transmit significantly faster data transfer rates. In reality though, gold-plating offers tarnish resistance (that greenish patina forming on non gold-plated connectors/ports), which you don't want because it decreases conductivity between connections. 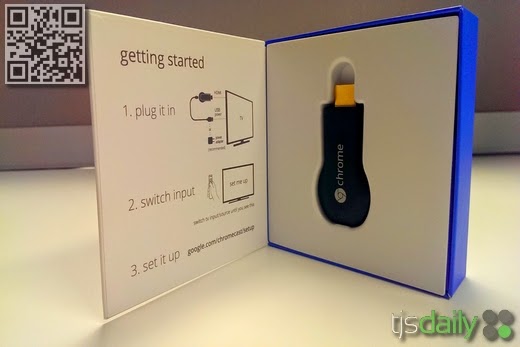 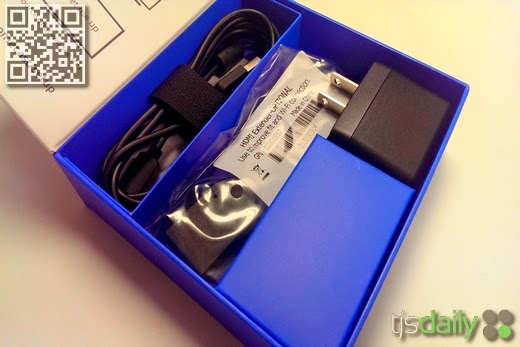 Chromecast is made out of hard plastic and has a matte finish to it.

Google made the Chromecast installation very user friendly. At initial setup, you'll have to have the Chromecast app for smartphones (Chromecast plugin for PC users), connect the stick via the app to your WiFi network, and it's ready for use. The only real issue that will stop you from using the device upon setup is the system update that it would download, which of course, ultimately depends on your internet connection's speed. 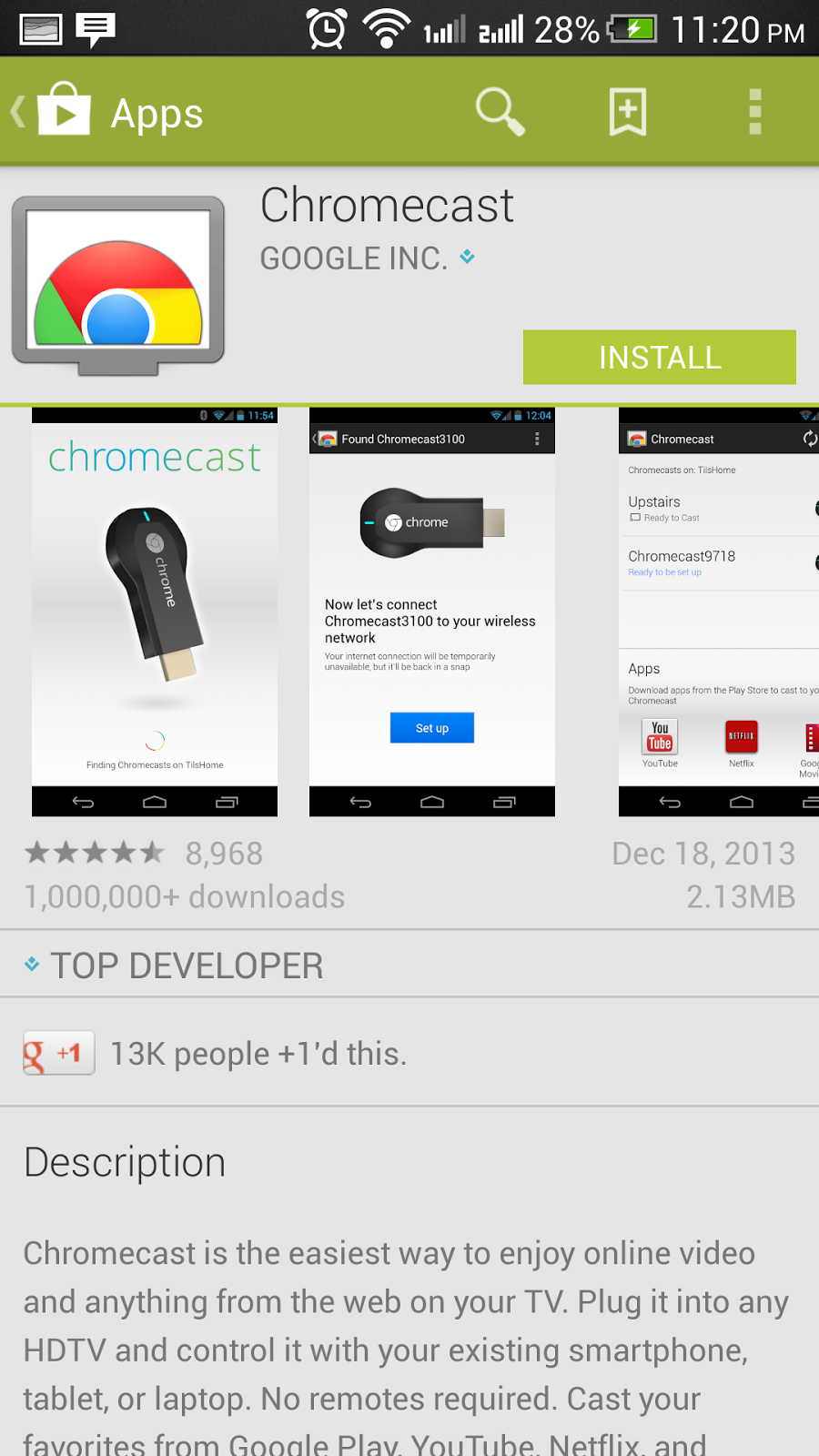 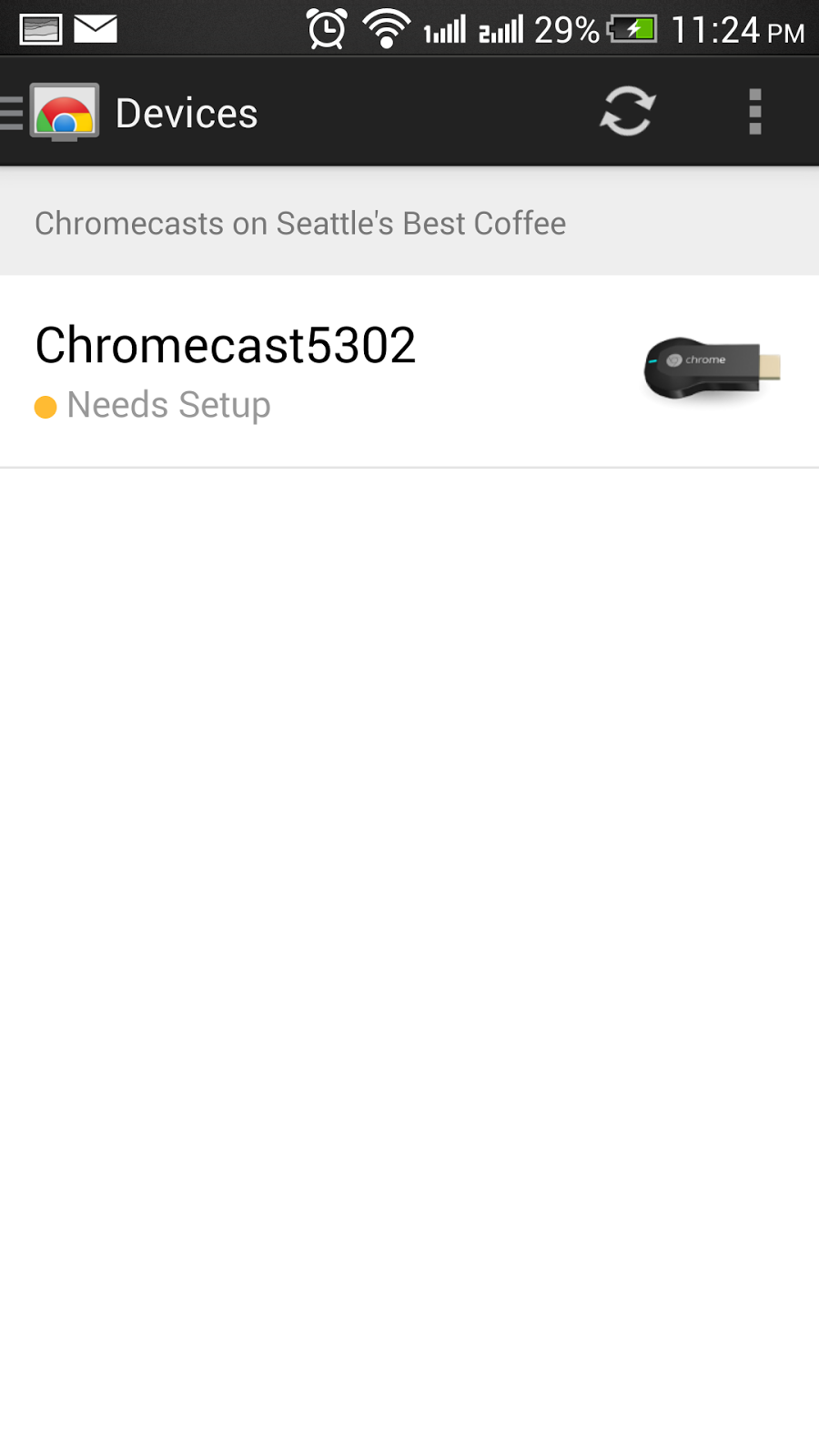 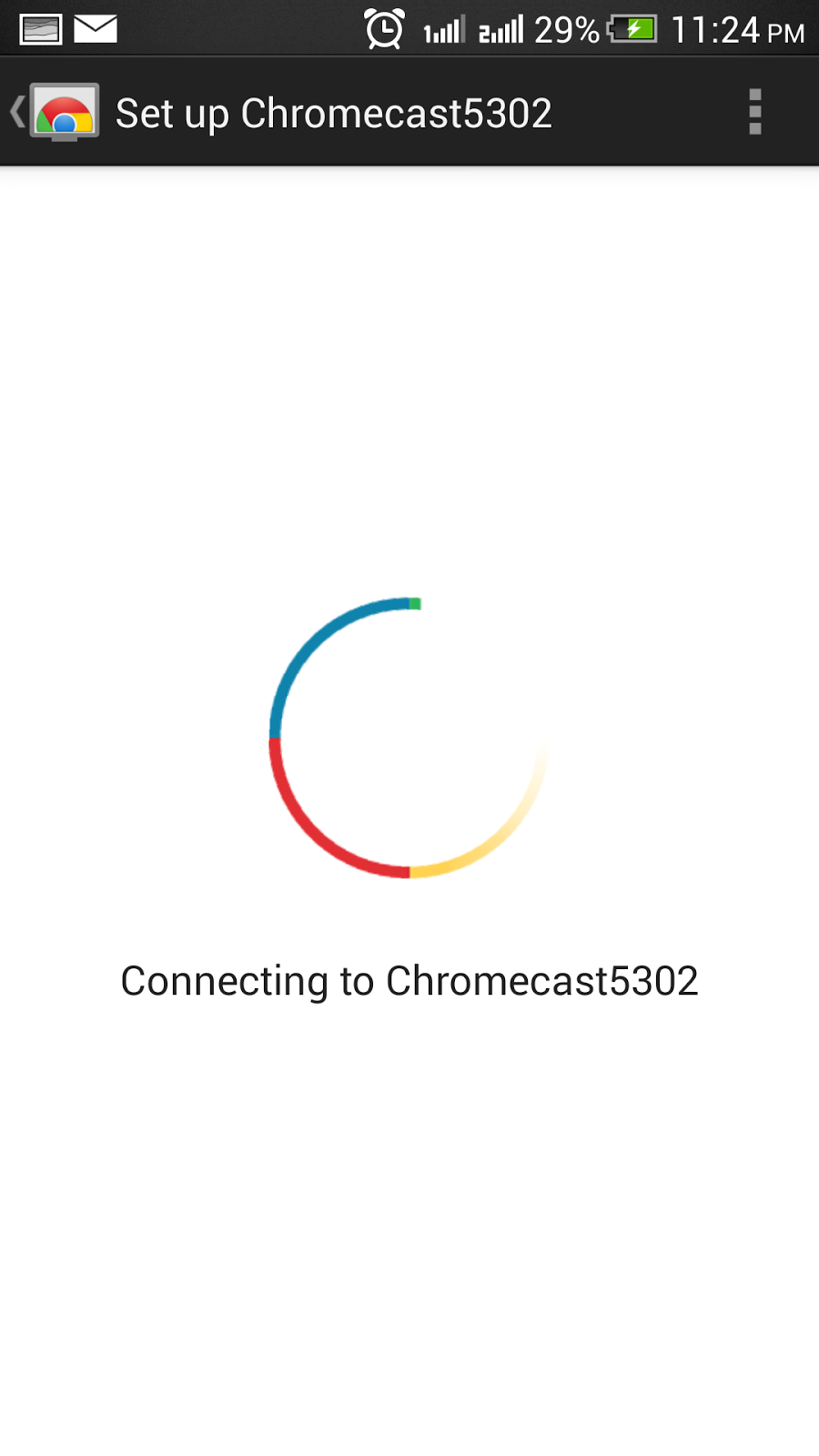 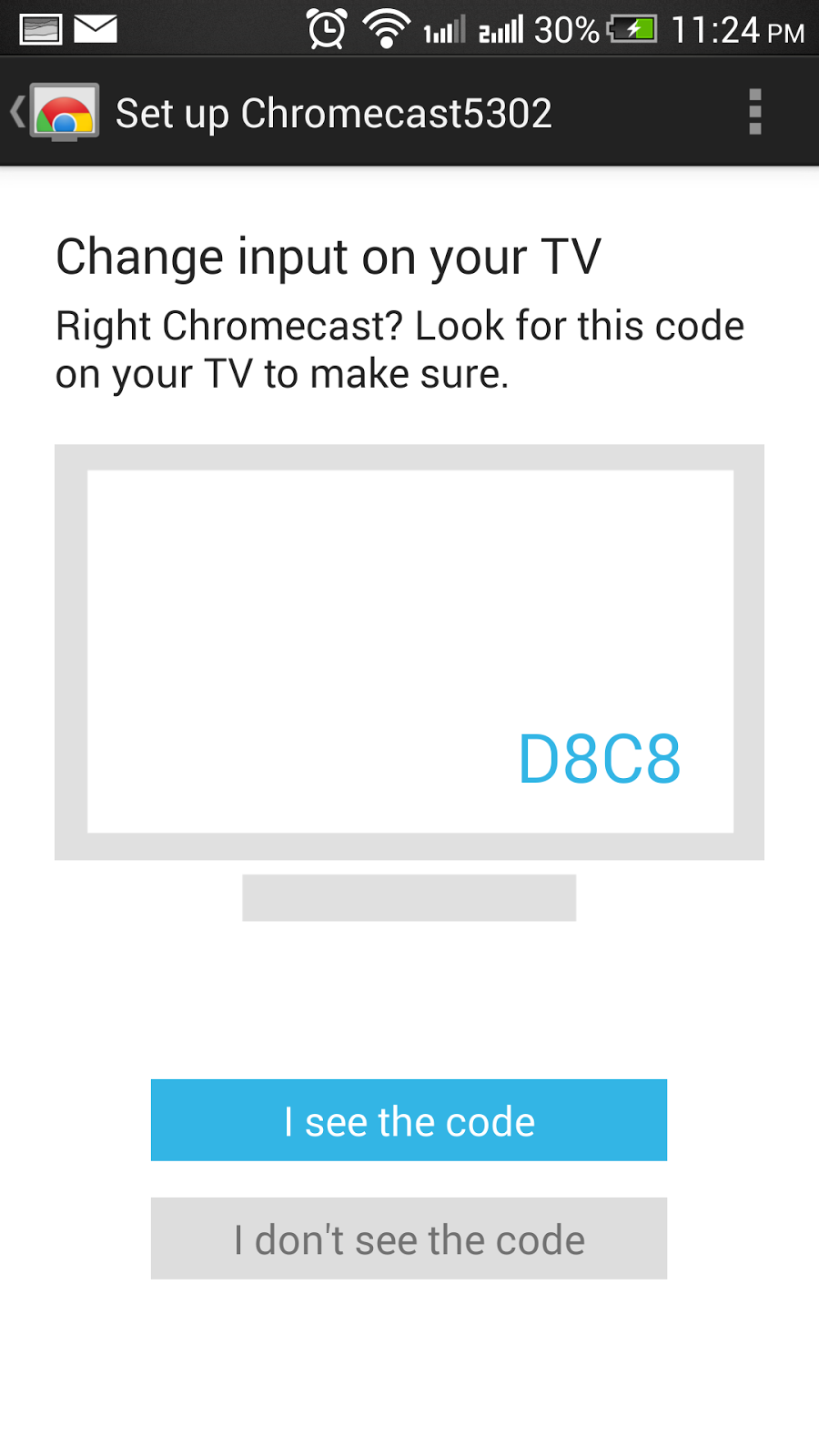 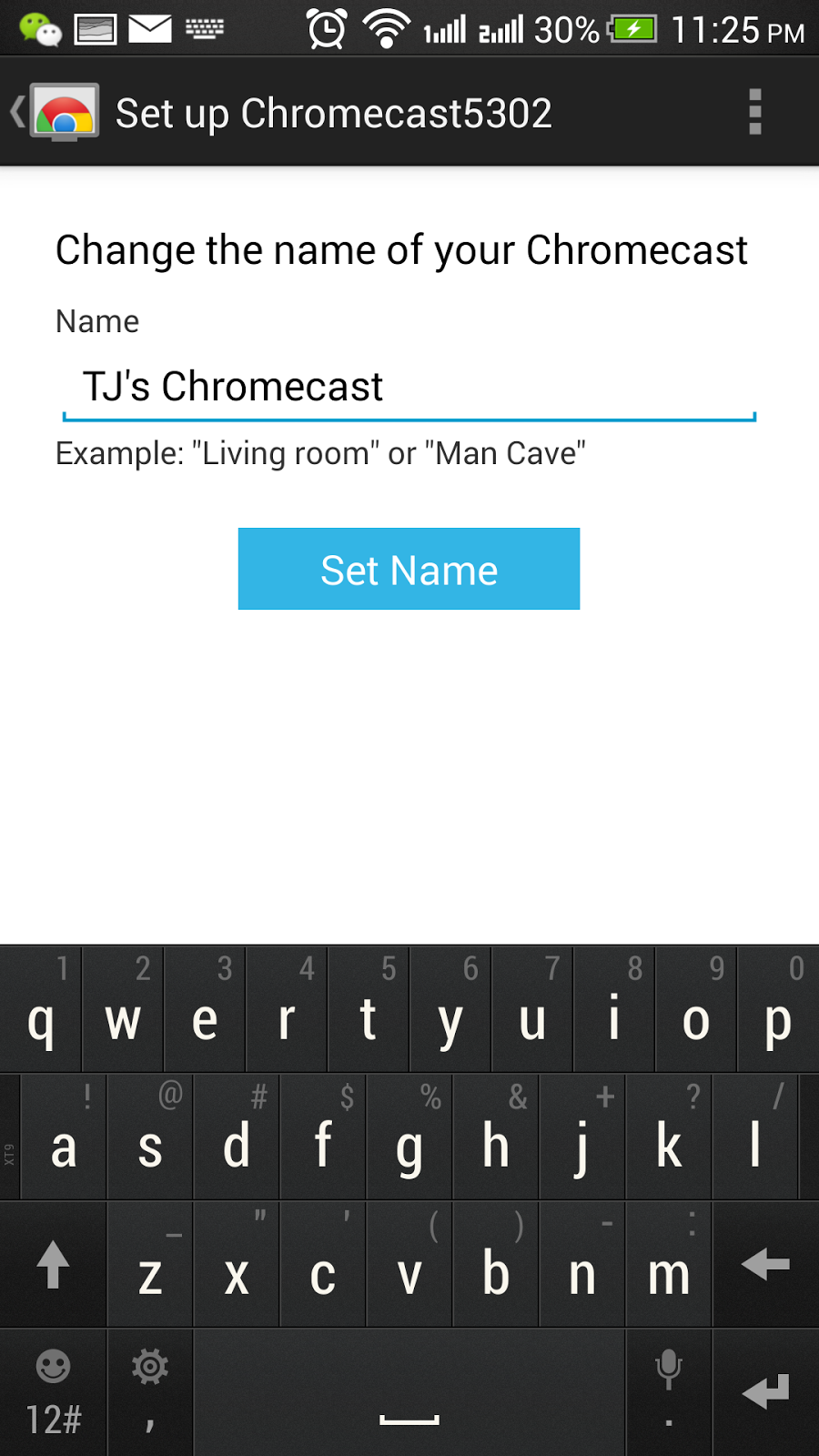 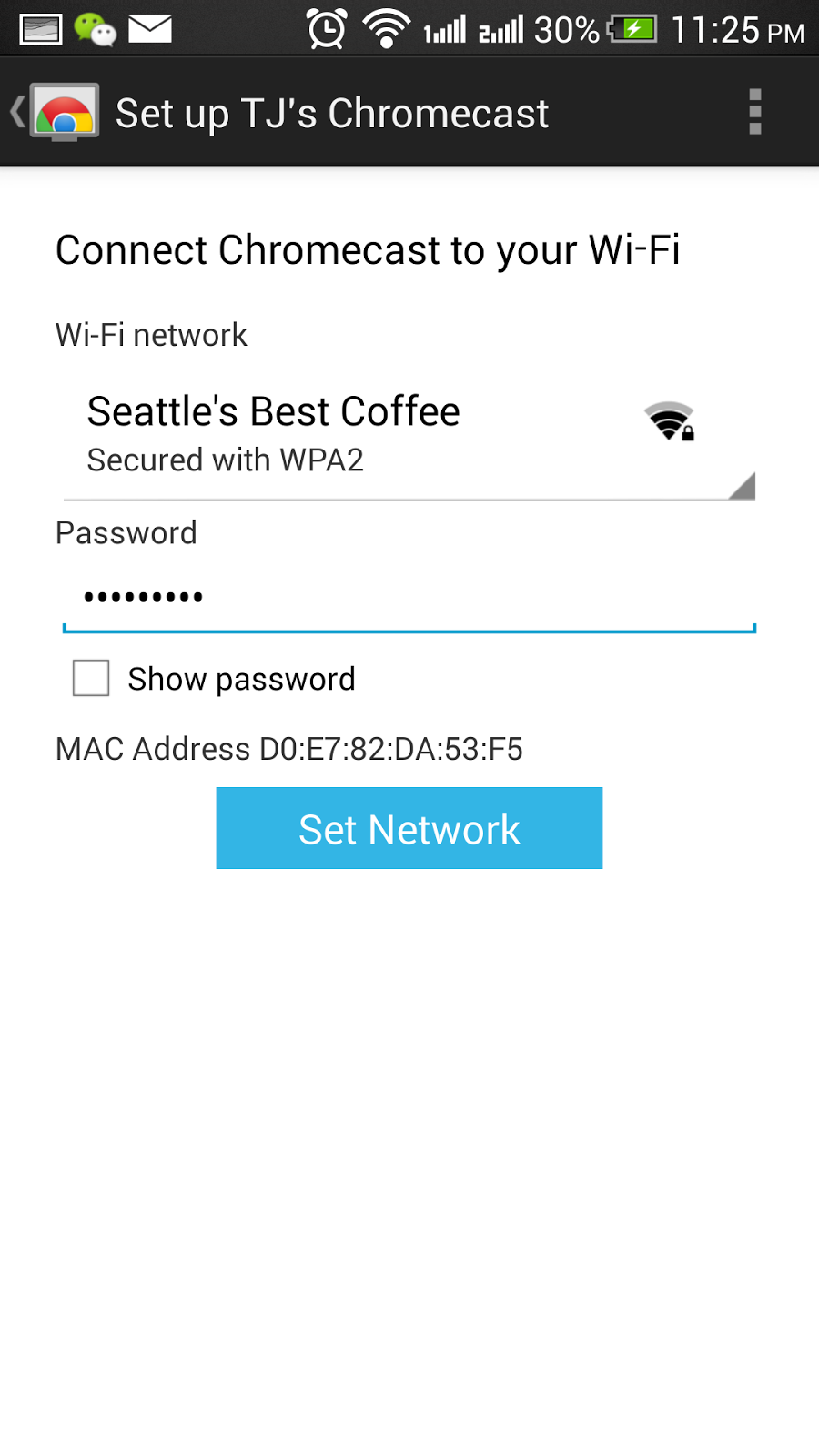 Being backed up by Google has its perks, and Chromecast fully benefits from it. Everywhere where the search giant serves its products, there's possibly a Chromecast compatibility. For starters, take the Google Chrome browser. After installation of the Chromecast plugin (which is free by the way), your browser will detect all the Chromecasts nearby available for pairing, pair with a few clicks and blinks of the LED indicator, and mirror the content you're viewing in your monitor to your TV set. So you could be playing a flash game, be filling up an Excel spreadsheet, or be watching an MMA livestream, the Google Chromecast would mirror the content up for you. Sadly (although just a tiny bit), that's where most of the ease ends. It's another story once you move to Chromecast connectivity with mobile devices.

As most of you know, running stuff on smartphones/tablets require apps, lots of them. And it's no different with Chromecast. To be able to cast content from your smartphones, you need to download a couple of apps and unlock their Chromecast compatibility features via a one-time in-app purchase, some of which don't come cheap. Some of the choice apps that I've used for streaming use are Avia and AllCast. Again, note that these apps are free; you just need to pay to unlock the Chromecast compatibility (which doesn't make them that free, does it?). Fortunately for you there's always the free YouTube. 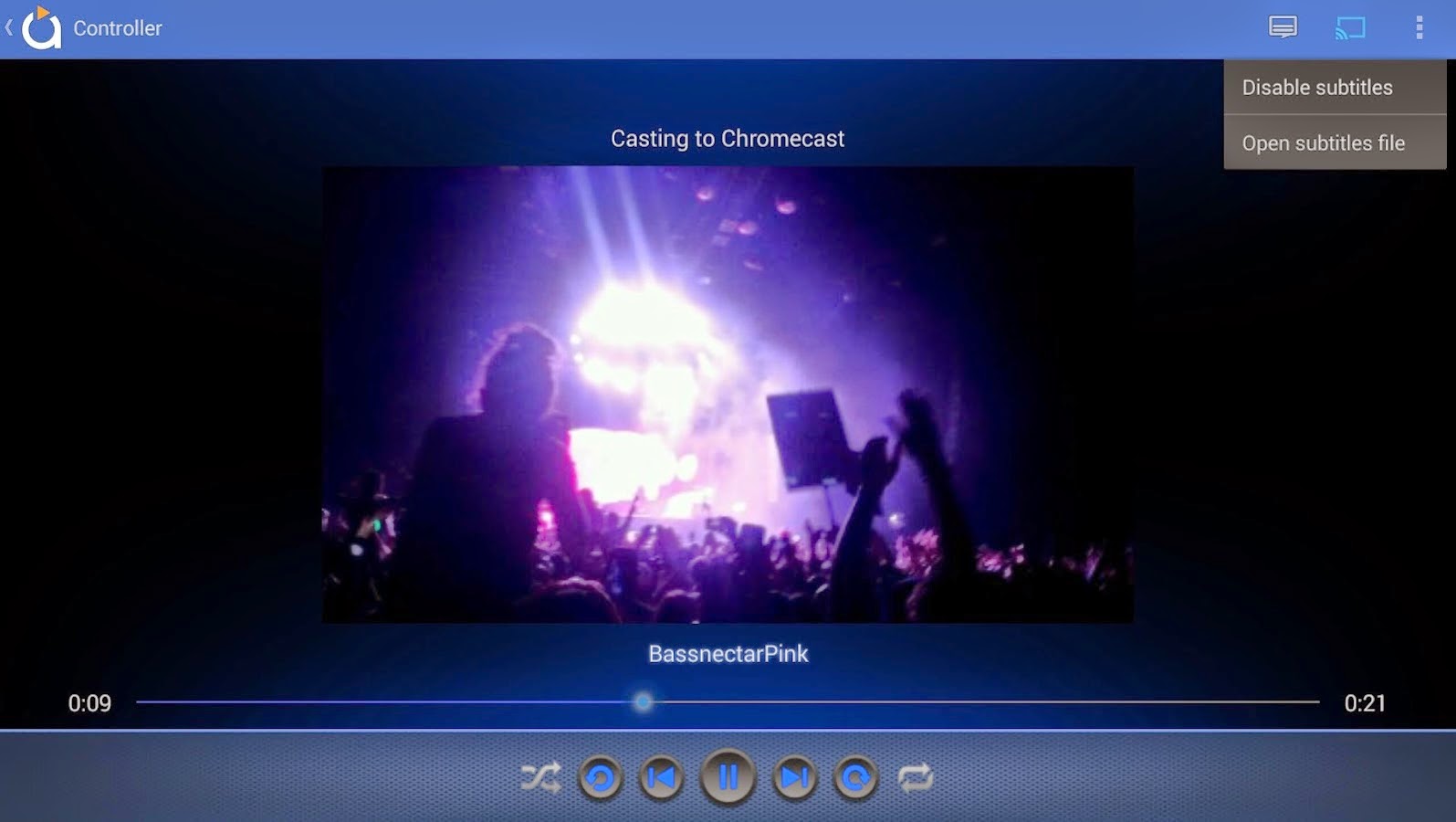 The above mentioned, pairing and streaming content from your smart device to your Chromecast is a hit-and-miss affair. One time it'll always be going smoothly (pairing with the YouTube app is like slicing butter with a red-hot burning knife), then another time you'd be pulling your hair off because it just won't pair. And at the times it would pair, there's some glitch happening in the background that would prevent you from casting your content to your HDMI-capable set. Adding to the pairing issue is the lack of codec support for the mighty stick. If the format of the, say, movie you're watching is not supported by Chromecast or the app itself, there might video playing but with no audio present, or vice versa. Most of the time however, this isn't an issue. Then again, it would be a bummer if the 2.5GB video file you've downloaded isn't compatible.

There's also this issue where the Chromecast would suddenly disconnect with your WiFi network, dropping whatever you were playing in there. I've noticed this quite a few times when our home network is being fully utilized by the household. I'm not sure if it has anything to do with local network traffic or internet speed, but it does happen. Disconnecting devices from the network seems to fix the problem though.

Regarding casting YouTube, Chromecast automatically adjusts the resolution of the video you're watching to assure smooth and continuouos playing. If, say, your internet connection is wonky and is running 1Mbps, it will adjust the video quality to 360p. The content may be heavily pixelized at this point, but looking at the bright side at least you're seeing continuous streaming. There's no way to disable the automatic resolution adjustment. 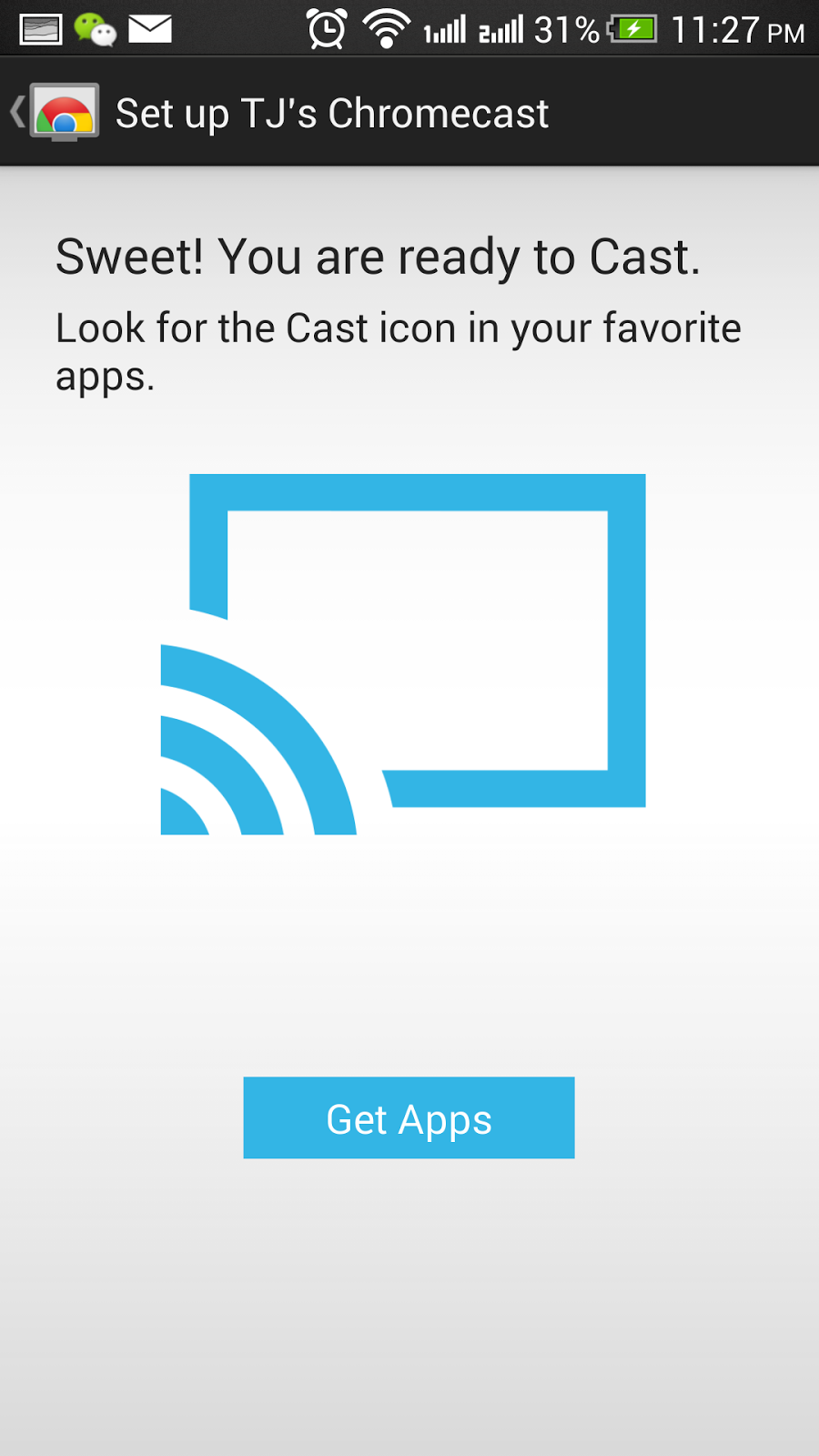 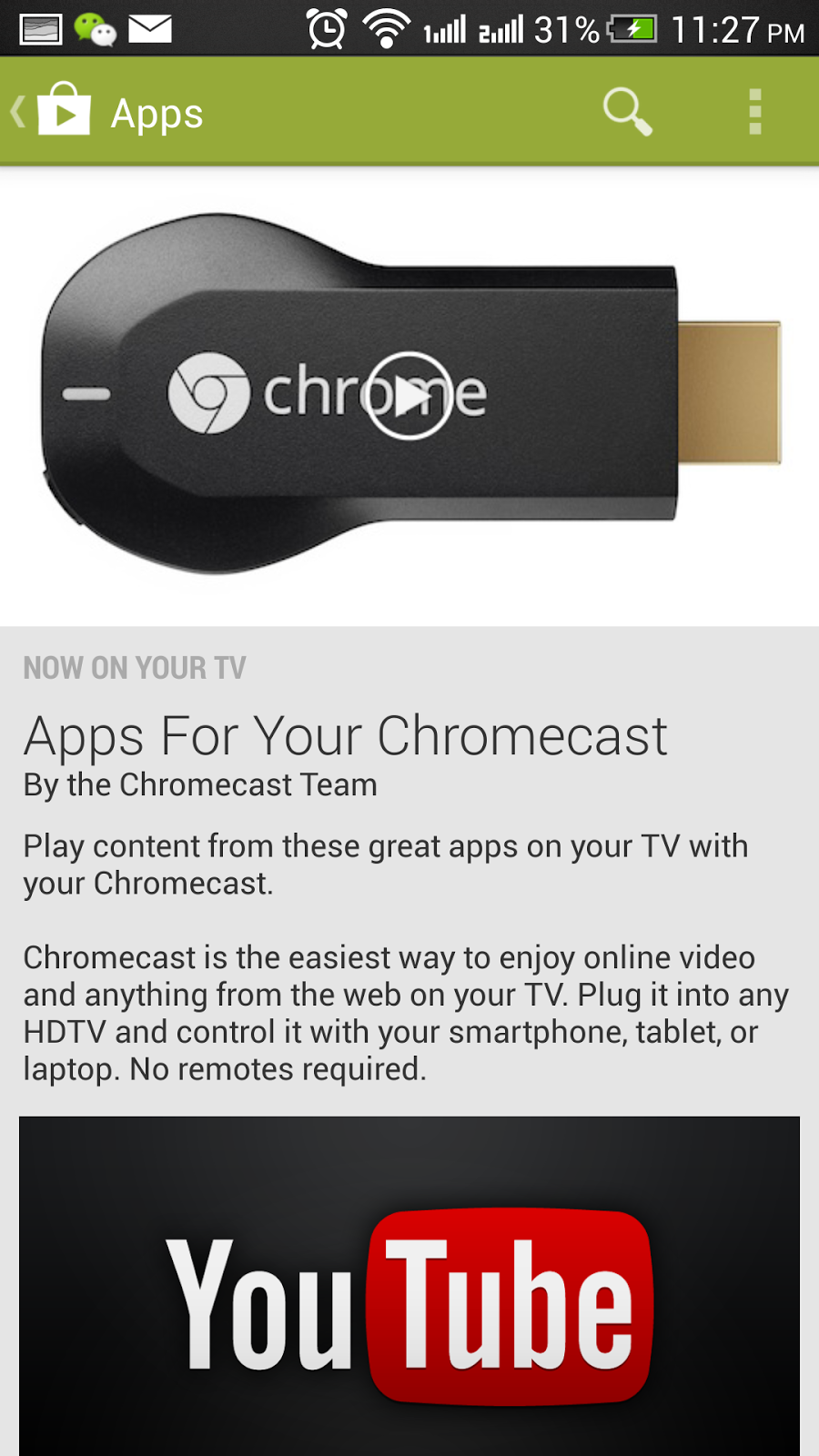 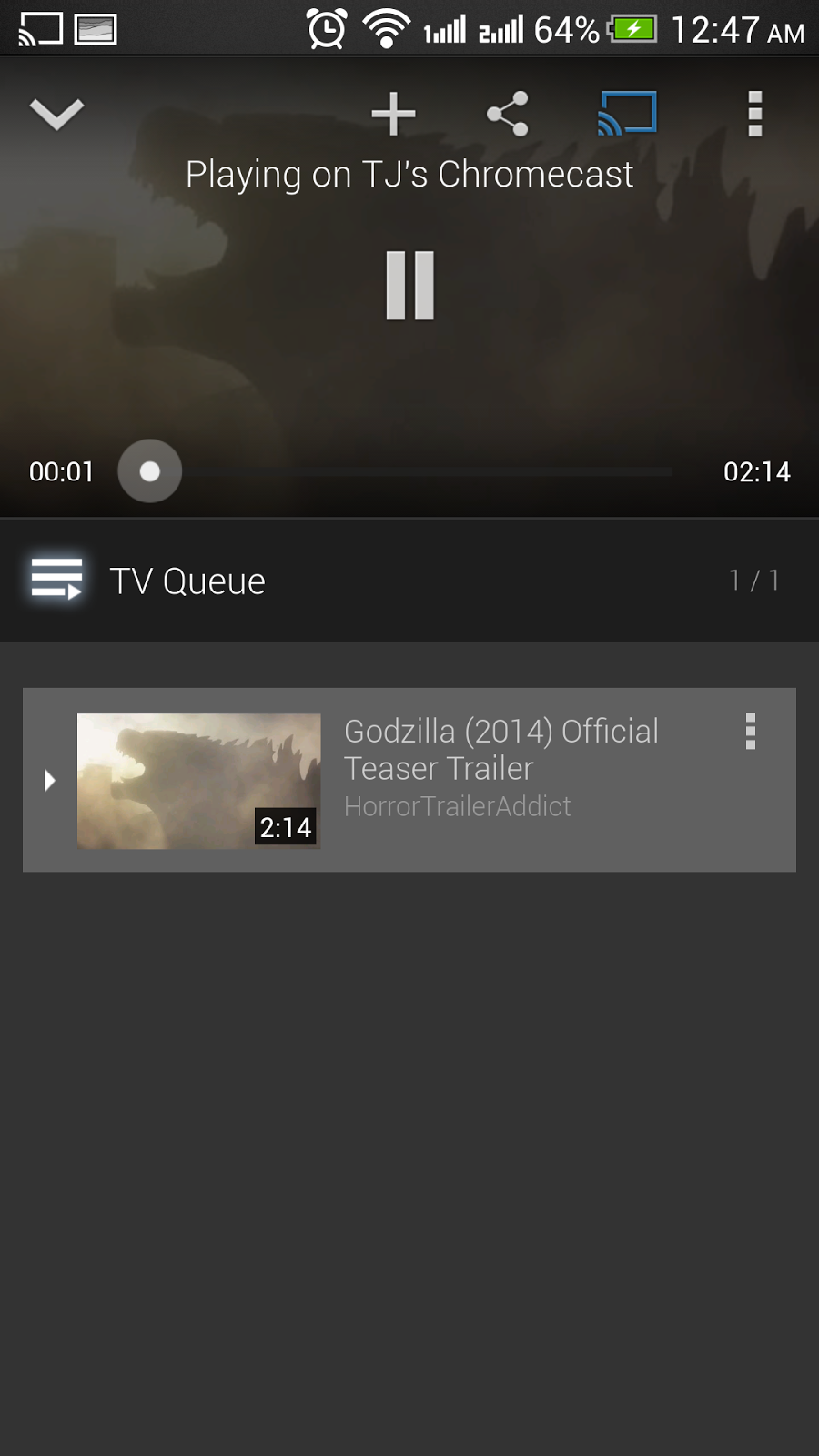 While in use, the device becomes considerably hot. And no, this is no back-of-the-smartphone hot, it's the why-am-I-even-holding-this kind of hot. The device seems hardy though, as its performance doesn't seem affected by the heat it generates, even after hours and hours of playing. For what it's worth, I dropped it about 4-feet from the ground, and aside from there being no visibile damage, the device still works. What's concerning though is that it could damage your television, or that it could be a fire hazard, but admittedly maybe that's already fear-mongering or going too far.

Considering all the concerns raised so far, you'd think that Google Chromecast is one tough pill to swallow. Well, let's just say that I'm personally willing to overlook all the issues brought about with this device's daily use, because in reality, they're insignificant enough that you wouldn't even pay half a mind to, plus the benefits are greater than the costs, and that says a lot. You can watch videos instantly without the help of a box top, without transferring content from your smartphone to your flashdrive, and without the hassle of pressing fast forward and rewind from your remote. 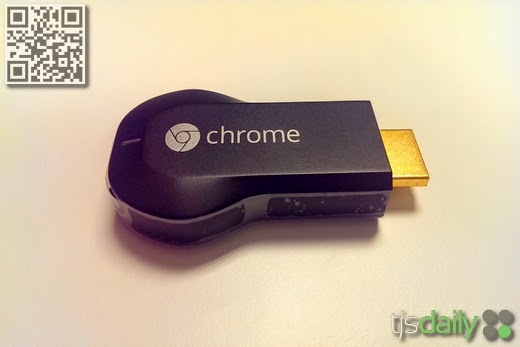 As early as this point in time, Chromecast has shown tremendous potential. It generated a lot of interest from both devs and end-users alike, and it looks like it will be a long-lived product (unless Google pulls a Nexus and outs a Chromecast 2). At best, it currently only allows mirroring and casting content. But what about in the future, when Google opens the gates for development? Imagine the capabilities it would have in a few months. It wasn't named Time's number 1 Gadget of the Year for 2013 for nothing.

Would I recommend it? Yes. Would I buy it again? Definitely, without having second thoughts. Do you want it? Well, I'm not sure. But for $35, it's not something you need, but it's definitely something you want.