Probably among the top 3 most leaked smartphones of all time, the HTC One M8 has officially been revealed. This comes after a successful Mobile World Congress 2014 in which rival company, Samsung, also announced the Samsung Galaxy S5.

The HTC One M8, previously identified as the All New HTC One, is the successor to the award-winning HTC One of 2013 (M7). It bears strong resemblance to its predecessor design-wise, sporting an all-aluminum chassis (said to be now 90% the build of the phone), but that is where the similarities end. The device now comes with a larger, 5-inch 1080p display, with the soft-touch buttons now integrated in the screen itself. In terms of power, the HTC One sports a 2.5GHz quad-core Qualcomm Snapdragon 801 CPU, an Adreno 330 GPU, and 2GB of RAM, similar to the Samsung Galaxy S5. 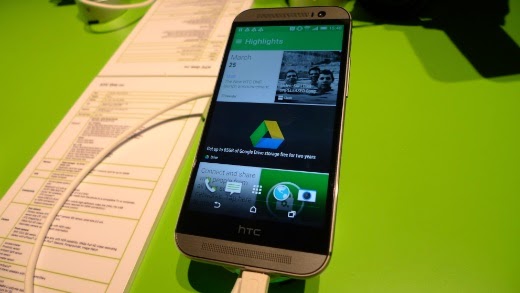 Another major feature of the HTC One M8 is its dual "UltraPixel" rear cameras (main: 4-megapixel, secondary: 2-megapixel. The first of its kind, it's said to allow for better creative photos with more detail and integrity. The only takedown here is the lack of OIS of the One M8's new camera, which was present in the 2013 One. On the front end, the M8 sports a 5-megapixel camera that also captures high-definition photos.

The HTC One M8's battery is rated at 2600mAh (vs the SGS5'S 2800mAh and the HTC One's 2350mAh). It's a bit short, as the heavy artillery inside the device will definitely drain more battery, but the company has announced that it would last 40% longer than the original One. On one hand, they could be telling the truth, but numbers won't lie once this gets tested.

Rounding up the HTC One M8 is the 25% louder BoomSound speakers and its Sense 6 UI (runs on Android 4.4.2 KitKat out of the box). The latter have been visually improved (great-looking BlinkFeed and clock widget), but we're yet to see if there have been  changes. 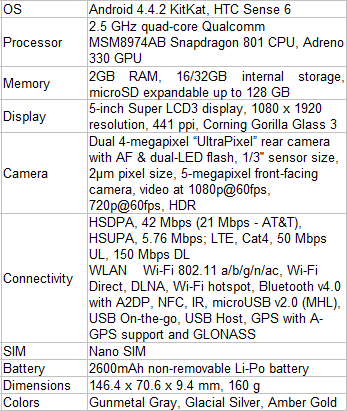 Given the history of HTC pricing here in the Philippines, we estimate that the HTC One M8 will have an SRP in the P29,000 to P36,000 range. The smartphone may arrive some time in the 2nd quarter of this year.