Kata Mobile Hongkong recently unveiled the latest smartphone in their lineup, the Kata M1. At 5.7-inches, the M1 is the company's first real phablet. It also boasts a 1.5GHz quad-core processor, a 13-megapixel camera, a 2GB RAM, a 16GB internal storage, and a high definition display.

Based from the display of the poster below, the Kata M1 may operate on Android 4.0 ICS. We're not saying it will be, but the poster tells the story. It's unlikely though, since its most recent release, the Kata i3, alreadys runs on Jelly Bean. 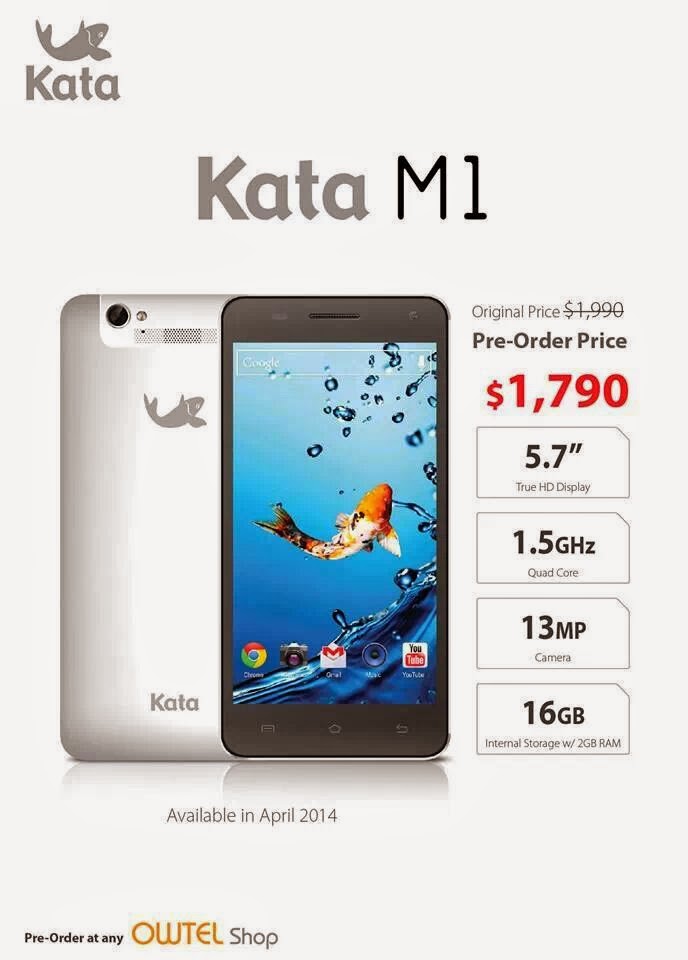 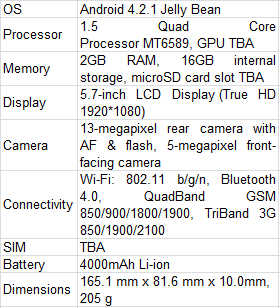 If history is to serve any indication, the Kata M1 would soon hit Philippine shores, maybe in a week or two as of this writing, as it is already slate in Hong Kong this April 2014. It could even be announced locally this coming April 5 at a  Kata event in SM North EDSA.