Everyone had their fair share of the rage-inducing Flappy Bird (which its developer, Dong Nguyen, sadly took down, even though he was raking in $50,000 a day), to the clone of a clone of a clone, 2048. But what would you get if you mix the two previous flavors month in one game? Simple. Flappy 2048. 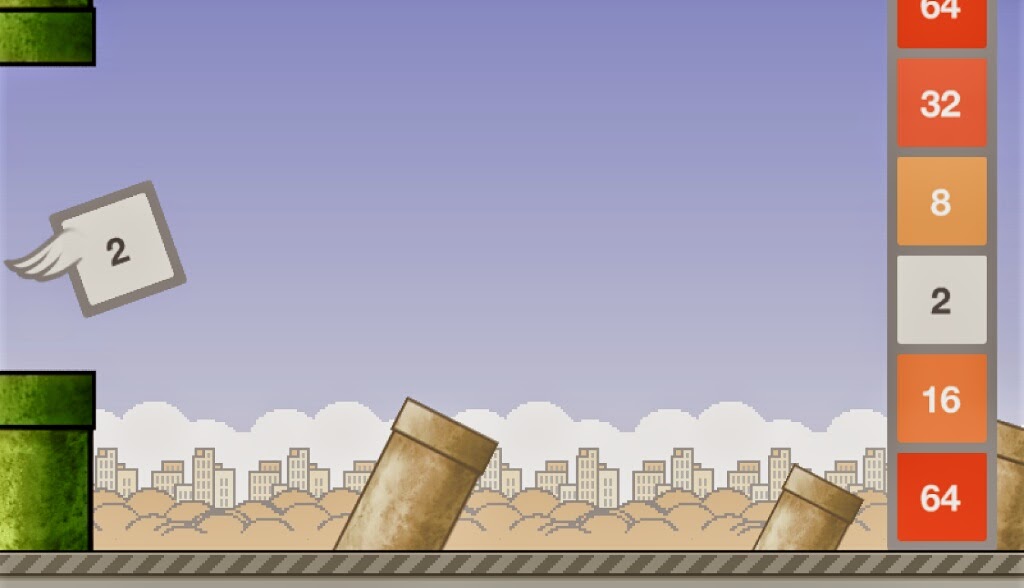 Flappy 2048 plays simple enough. It takes the two main concepts of Flappy Bird and 2048, and combines it to form an app that can stand on its own. It's fun to play, nonetheless it's a rip-off of a rip-off, though from a developer's point of view it may be a nod, or something written to pass time.

Your "number bird" - starting with the number 2 in this case - must fly through number pillars while matching the number on your bird for you to go through. Fly too low, you die. Bump into another number, you die.

The Flappy 2048 variant I played was at https://play.google.com/store/apps/details?id=air.com.hypah.release.A2048flap. To my "surprise" however, there are also clones of it located on the App Store and on Google Play. So yeah, whatever. Play clones, or clones of clones.