Here's an interesting development. The Arc Mobile Velocity, announced last May via pinoyscreencast.com, has finally made it commercially, with its units already on sale at a local online store. Apparently, it was released nationwide last July 7, 2014 - without much fanfare to say the least - just 3 days ago as of this post's writing. 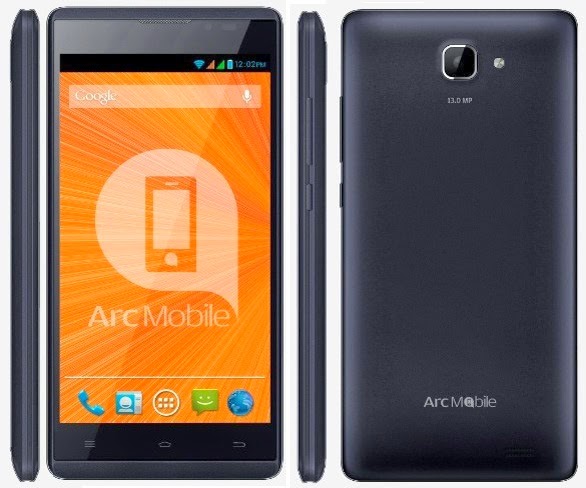 Being Arc Mobile's first octa-core, the Velocity boasts a 720p display, a 13-megapixel rear camera, and a 1GB/4GB RAM/ROM configuration. Without writing everything down, the Velocity  best described as a vanilla octa-core with standard fare specs. It's also that for months - years in smartphone time - Arc Mobile haven't released any new device. So to release a vanilla octa-core at this point in time is very expected, and at the same time underwhelming. If this was a 1080p device with some fancy bells, it might make waves.

Where the Arc Mobile Velocity has an edge though is in its pricing. At P7,999, its at the same price point as the SKK Kraken, but moderately boasts better specs, with the Velocity's 720p display for one. The downside of this device is that it's still at Android 4.2 Jelly Bean, and that it only features a 2000mAh battery. We're expecting maybe 6-7 hours of battery life tops with such specifications.