Perhaps this marks the glorious return of Cherry Mobile's former flagship line: The Cherry Mobile Magnum S has been announced, and its got all the makings of a flagship device inside it. The Magnum S features a 1.7GHz MT6592 octa-core processor, 1GB of RAM, a 16GB internal storage, a 5" 720p display, and an 18-megapixel rear camera. A rather surprising inclusion - which I found only in the Starmobile Octa - is an 8-megapixel front-facing camera with LED flash. If this trend catches up, smartphones in the 5-6 grand mark would soon have their own front-facing LED flashes. 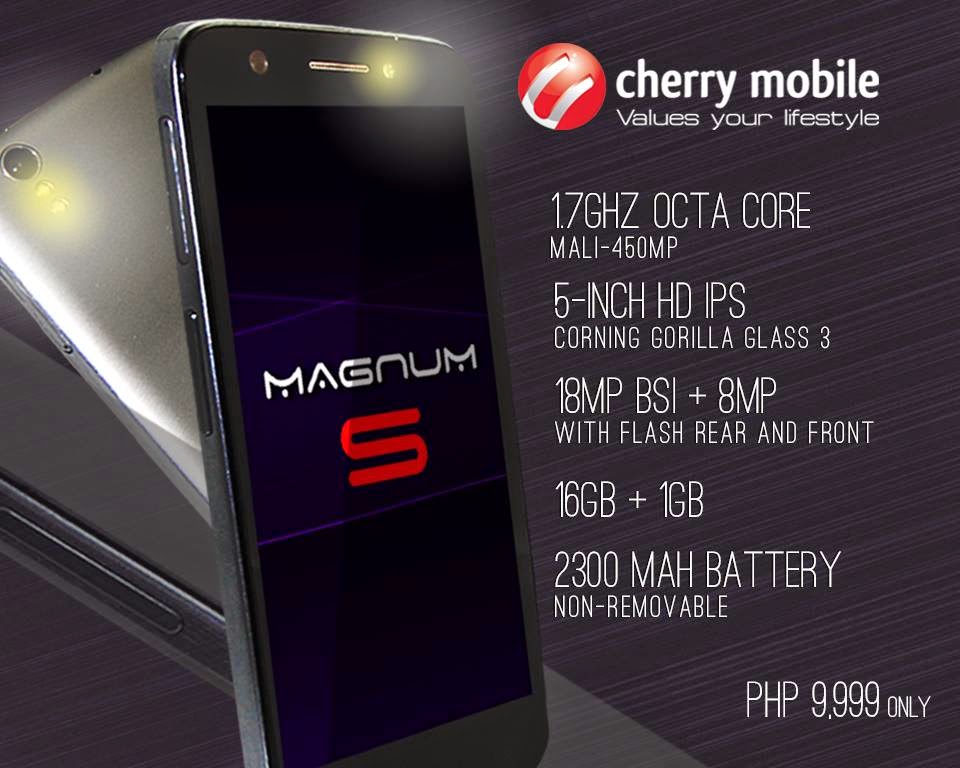 With regards to the design, the Cherry Mobile Magnum S heavily looks like the Flare S2, a budget quad-core smartphone from the Philippine mobile giant. It borrows the positioning of the camera and the brushed metal look at the back.

Aside from the regular specs fare of octa-cores, the phone boasts Miracast support, MHL to HDMI compatibility, and the Clear Motion technology (which is found in most current octa-cores anyway). It's also just 7.1mm thick, features dual-SIM support, and has a metallic unibody finish.

The Cherry Mobile Magnum S has an SRP of P9,999, making it one of the more affordable octa-core devices this period (with the SKK Kraken only upping it by 2 grand for P7,999, and the Qube Colonnia by a grand for P8,999). This is also the company's third octa-core within a span of a few months, begging the question, does Cherry Mobile keep on releasing units just for the sake of releasing them and drowning the market with their products?

Editor's note: I strongly feel that there would be a Magnum S2, a Magnum Z, and a Magnum X3.