If there's any pair of on-ear headphones that reminds me instantly of future era design, it's no other than the JBL Synchros S300i. It's got that "space" look that's reminiscent of Japanese mecha animations (maybe because Gundams are white and blue while Evangelions are red and black?) that will make you want to wear one just because.

While we recently reviewed the more feature-rich AKG K495 (with its fancy built-in battery and noise-cancellation feature), headphones such as the Synchros S300i shouldn't be overlooked, as its delivery of high definition sonics are competitive indeed.

As mentioned previously, the on-ear JBL Synchros S300i pulls off a future look with its two-tone color accent plus its metal and plastic build combination. While not unique, the dotted square-patterned plastic strips (also found in the remote control) embedded in the cans' slits add to the future flair (versus the Synchros S700). The headband is made of flexible steel, supported by a foam strip for the head for added comfortability; Parallel to this strip is what seems to be a laser-etched JBL logo; The arms the side are made of plastic, is foldable, and can extend to a couple of centimeters for reach; Lastly, the headphone cups emulate small speaker cans, rounded off with a comfortable ear foam wrapped in colored leather (and so are the mesh inside the cups). The structure of the device felt durable and is solid overall. Meanwhile, the headphone cups can twist a whole 180-degrees. 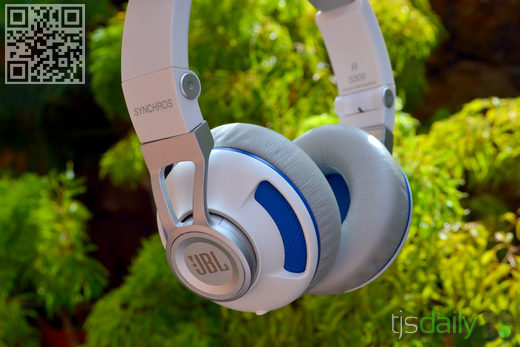 The JBL Synchros S300i is fairly compact as it folds in a perfect fit, with one cup laying perfectly into another. Personally I just throw it inside my backpack - along with my other stuff - and fares well on the go. If that's not your thing, a premium carrying case is included with the unit. 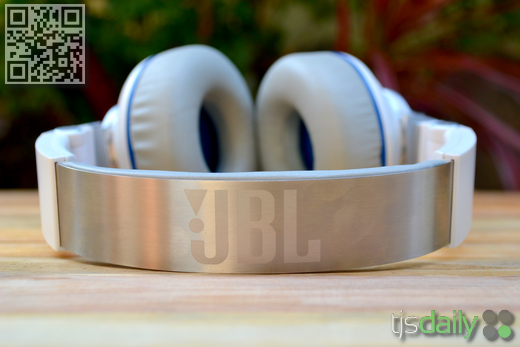 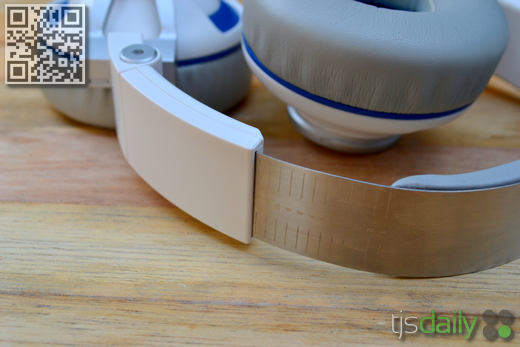 The only thing I had an issue with is the S300i's plastic cable. It's tough, but it's not tangle-resistant, which is a downer, as I was expecting something more user-friendly at its pricepoint. The jacks aren't also gold-plated, so there's that. The cable for its part features a 3-button remote (perfect for navigation without touching your smartphone), and a detachable clip to attach to your shirt to avoid sway and tangling. The cable terminates in a 90-degree angle. 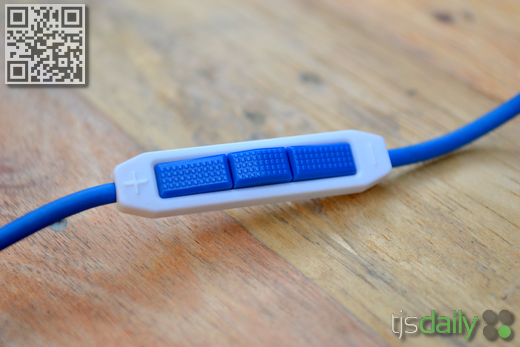 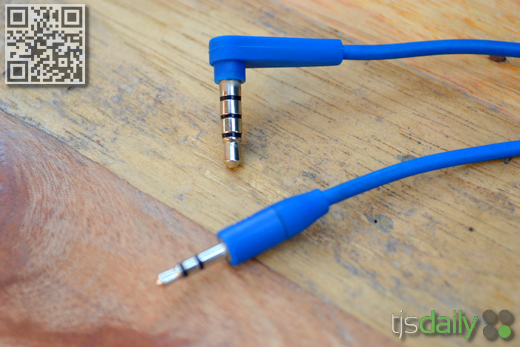 The JBL Synchros S300i sounds fairly balanced on the performance end: The highs, mids, and lows have good distribution, though the headphone could use a little more strength on the bass. That said, the S300i performed well on EDM sets and other popular pop and rock songs. There's no muddying or distortion observable while listening; its clarity is nothing short of wonderful. All of this thanks to the cans' 40mm driver. 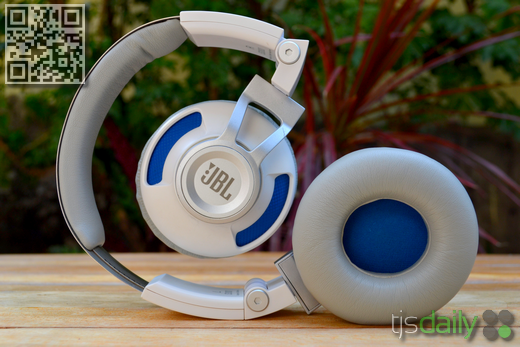 Sound leakage is one issue of the Synchros S300i. The leak is present as you're wearing the headphones; this is the type that would let the person seating right beside you in the train hum to the music you're hearing - though admittedly it's not that strong. Soundstaging meanwhile is moderate. And as far as noise isolation goes, it performs in this area; outside sound is cut off starting at around 50% volume.

With regards to comfort, the JBL Synchros S300i is quite comfortable. The only gripe I had with the headphones is that sometimes it becomes too tight on the ears (especially if you're wearing glasses, but not all the time), and that the cable encounters too much tangling when not clipped on something. There are no creaking sounds, and the rotation mechanism on the cups are snug enough that it won't rotate on its own.

The JBL Synchros S300i is one stylish pair of cans worth looking into, especially if you're into the look. It's strong enough for daily wear and tear, and the great comfort it offers is an added bonus There's also the performance factor worth considering, as it sounds well enough for everyday use. For an SRP of P10,990, you can own one of these pairs, available at Acoustical Space (4F SM Megamall Cyberzone Bldg. B), Sound Gallery (B3, Bonifacio High Street), and at Digital Dreams (4F SM North Annex Cyberzone).