I was recently checking out digital versions of big newspaper publications at our local App Store - of course, to keep updated with the rest of the country - when I stumbled upon the Philippine Star app for iOS.

For a news app, I'm fairly impressed by the fluidity of the transitions from page to page, the overall look of the UI, the user-friendliness of the UI, and the quick shareability mechanisms integrated within the app itself. Let's break it down one by one:

Following on the flat looks of the iOS, the Philippine Star app pulls off a very clean white look while maintaining structure in a very orderly fashion. The front page features the headlines, quickly followed by other news, seemingly modeled after RSS feeds. Swiping up and down will show you a column of news by order of date and time published.

The app features the trademark Philippine Star yellow, blue, and white colors, which would always remind you of the app's paper version. It's awesome in a way, because I'd never lose my love for things written in paper. 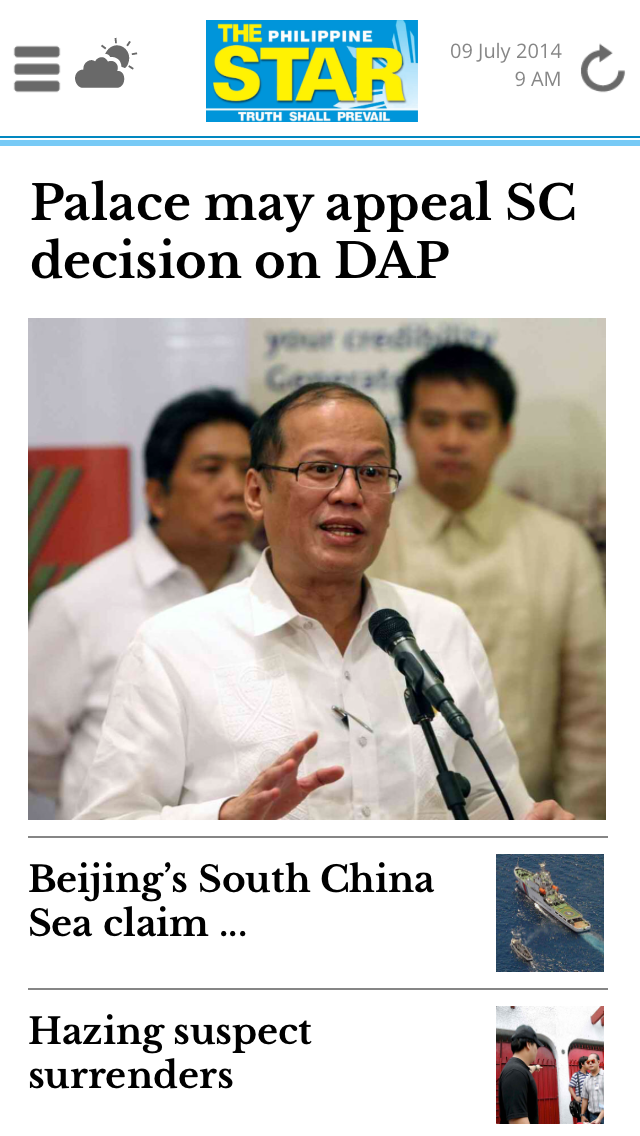 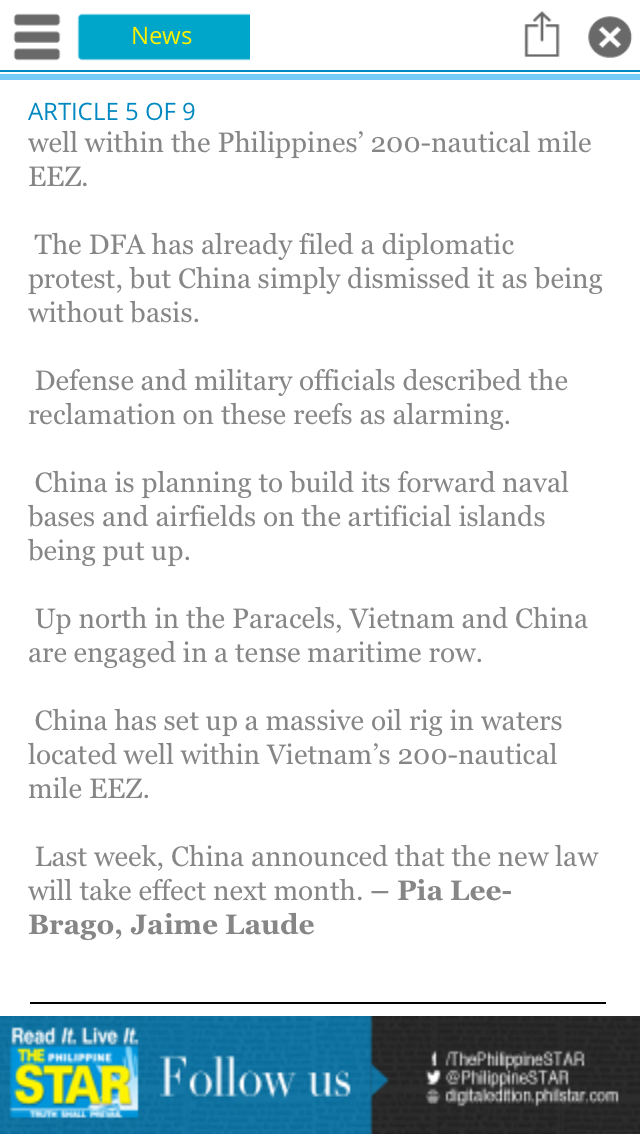 Another feature I appreciate is the large descriptive photos attached to every article. These add to the context of each story, e.g. You won't know how a building developed by Juan Dela Cruz looks if a photo of it isn't attached to the story. There's also this live weather widget in the app that would bring you your locality's updated weather for the day (although I think it's more of a novelty than of function because your phone itself tells you the weather for the day, provided it's connected to the internet).

Among the highlights I found in the Philippine Star app is its ease of use and fairly minimal learning curve. It took me just a few minutes to understand the swiping functions of the app, such as swiping to the left brings out a menu full of news categories, ranging from front page news, to entertainment, to sports. The only category I found missing in here is the tech area (as it's also pretty useful for tech people like me). 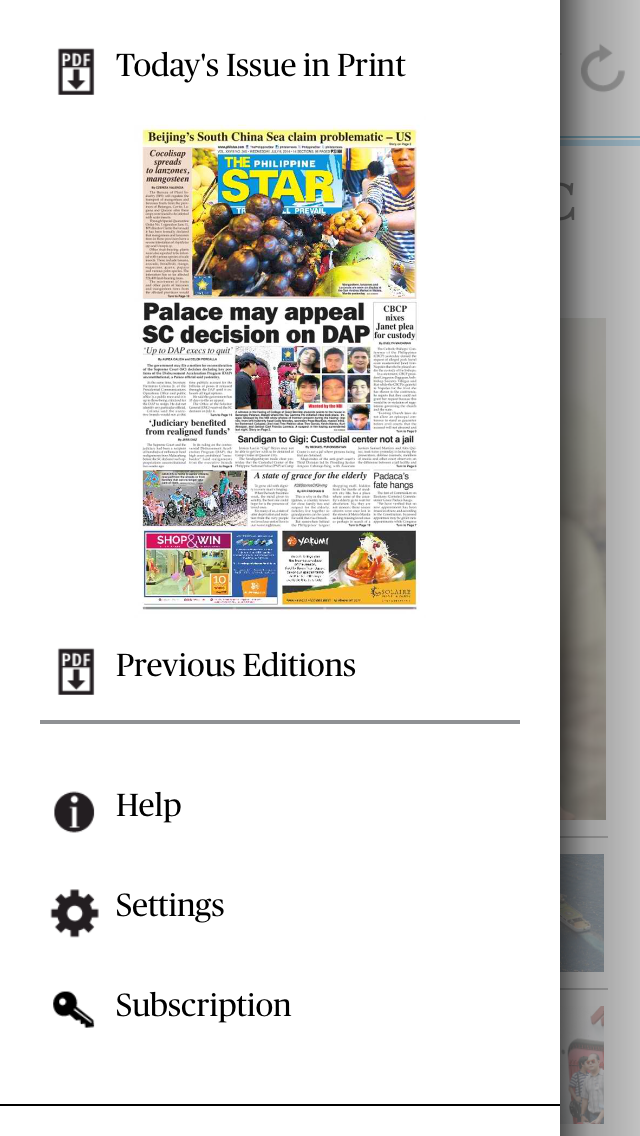 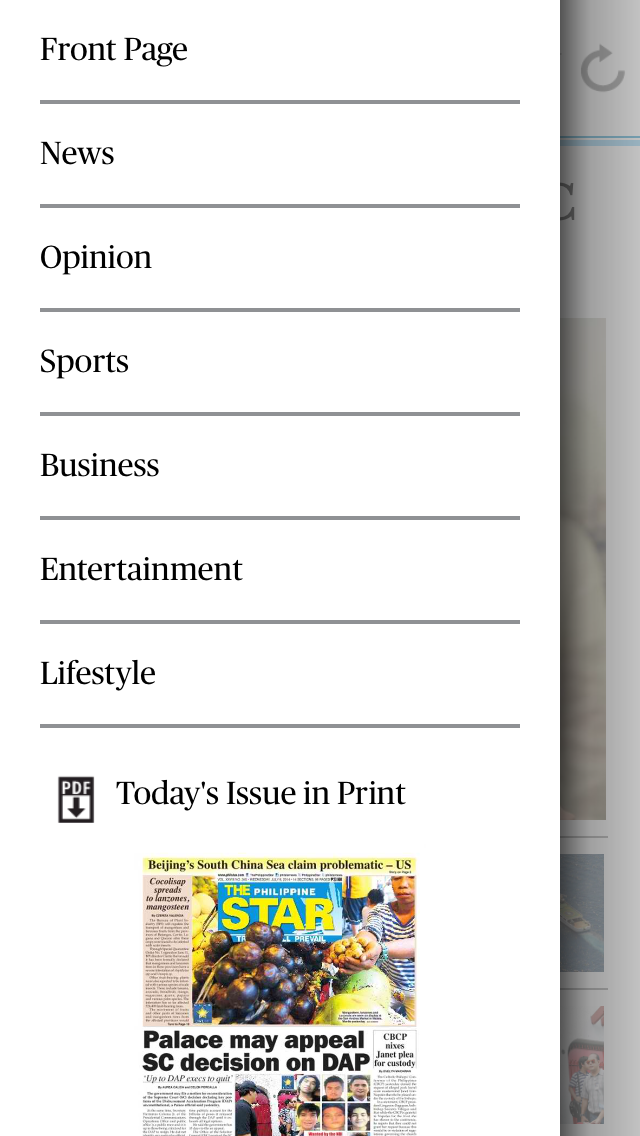 Navigation was very easy to understand. As mentioned, swiping to the left brings about a slew of categories. If you're not the type to navigate orderly though, you can just swipe right and explore the news as it loads in your screen. Each category has around 7 articles each (more or less, and it updates every day).

I appreciated the high optimization of the Philippine Star app, even for a small 4-inch display: it's fluid in every aspect, from swipes up to left and right; loading times of images and text were wonderful; the news text are adjustable (unlike the ABS CBN news app I formerly used which was a pain in the eyes to deal with, lacking so much customization options); the colors and the color scheme aren't heavy to the eyes. For its part, I think the app successfully captures in digitizing its newspaper counterpart. And that's great for consumers. 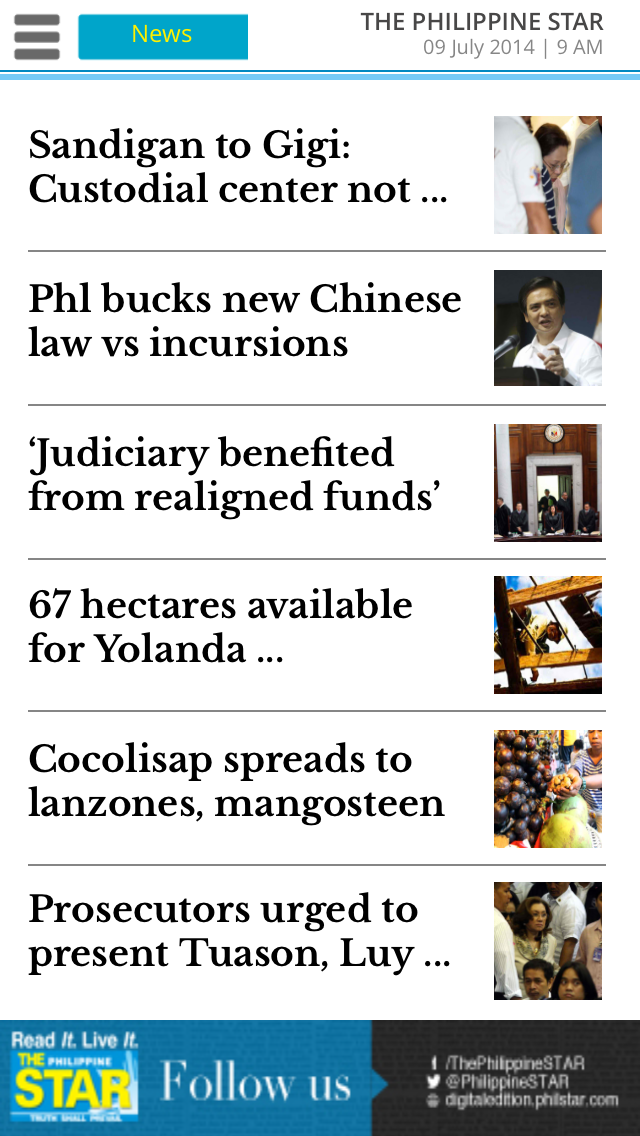 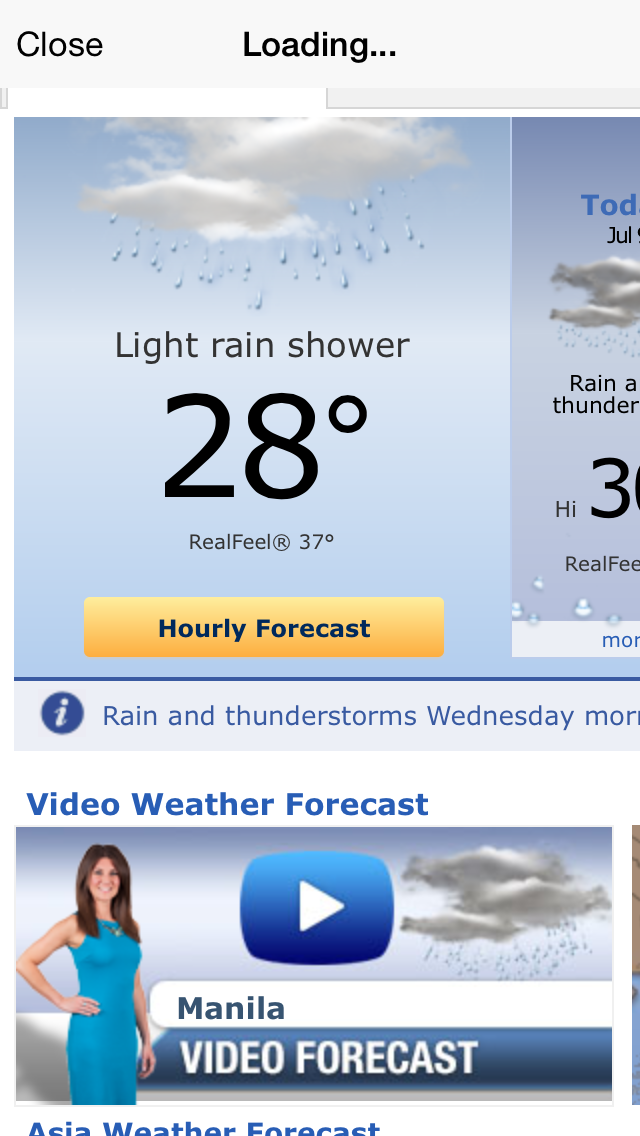 In this day and age, sharing the hottest and the latest is key. With just a press of a button, you can share the news contained within the app to your Twitter and Facebook accounts. If you're the type to share it through email though, there's also the mail option in there. 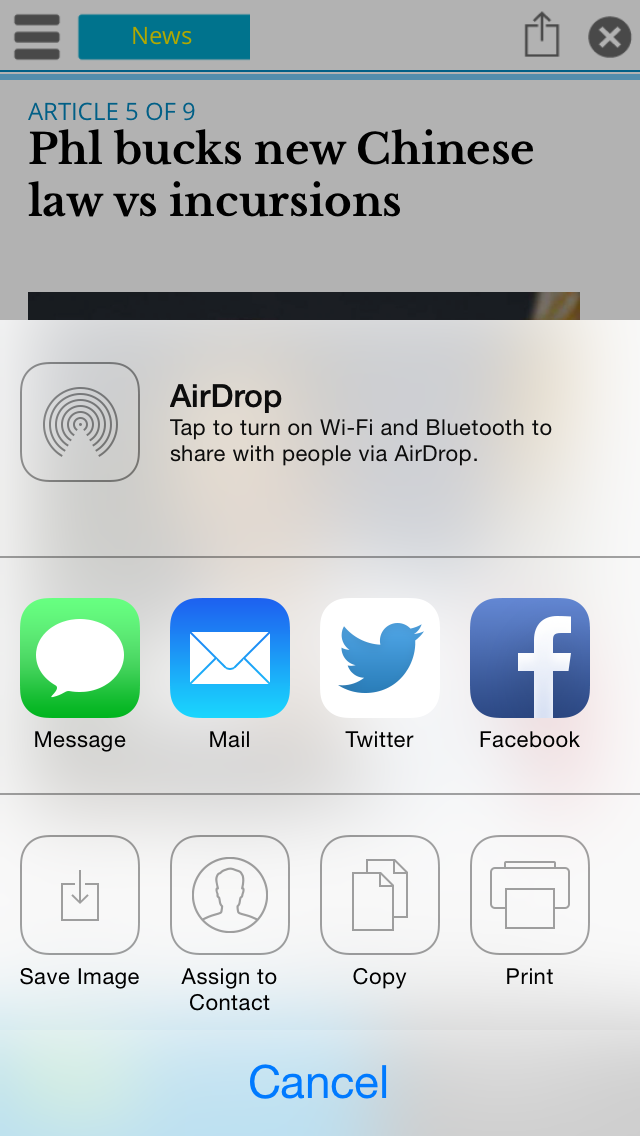 All in all, the Philippine Star app for iOS is a godsend in terms of news apps. It does its job wonderfully - that is, to bring news. But in bringing news, it delivers it with great, traditional newspaper flair - something that's unseen in most news apps, with their fancy alternating square designs and 3D flipping pages (which tend to choke on lower-end phones). These said, I'll keep using this app for the meantime. You can say I'd personally expect more updates from Philippine Star.