Local mobile player SKK Mobile recently announced on their Facebook page what probably is the most affordable quad-core smartphones in the country, the SKK Mobile Phoenix G1. 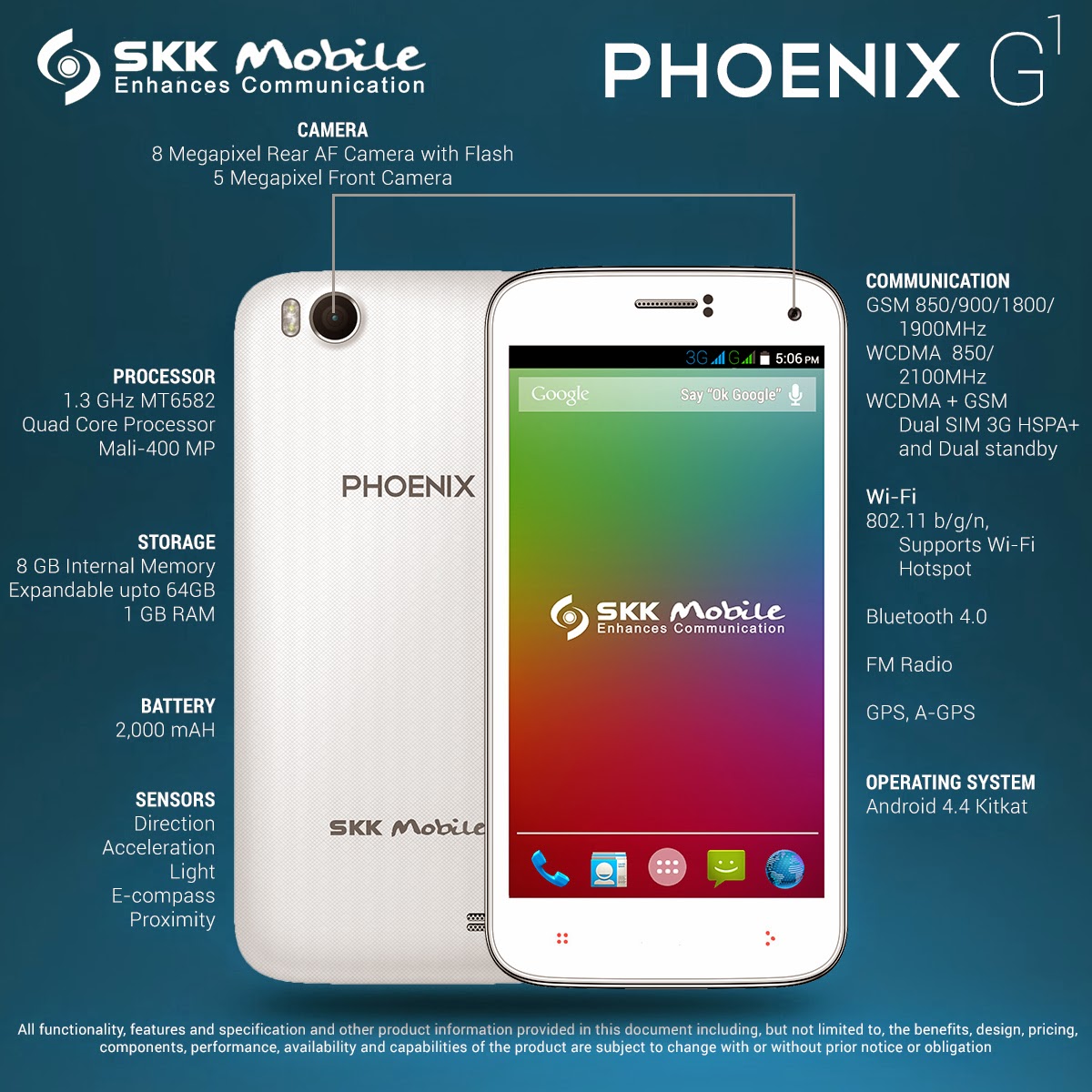 Specs-wise, the Phoenix G1 is similar to other devices in its price range, namely the Cherry Mobile Flare 3 and the MyPhone Rio. It sports a 5-inch qHD IPS display, a 1.3GHz MT6582 quad-core processor, a Mali-400 MP GPU, 1GB of RAM, an 8GB internal storage, an 8-megapixel camera, dual SIM capabilities with 3G, and a 2000mAh Li-ion battery. It also has - at its price point USB OTG support, and some fancy novelty features such as Air Slide, double-tap to wake, and other smart on-screen gestures, even if the device is sleeping. All the above said, the Phoenix G1 trumps the others in its selling price: P3,799 (SRP). To put into perspective, the Cherry Mobile Flare 3 retailed for P3,999, while the MyPhone Rio debuted a few weeks earlier for P4,999. That's a P200 difference to say the least.

On the aesthetics department, the Phoenix G1 looks like it was lifted directly from the MyPhone-slash-Cherry Mobile lineup, with its front looking like that of an A919i, while the back bears uncanny resemblance to the Cherry Mobile Flare S2 and the MyPhone Rio Fun. Then again, these local companies only have so many OEMs to choose from.

With a seemingly more aggressive pricing scheme than that of Cherry Mobile, SKK Mobile have shown its willingness to take on the "big boys" of the local mobile market, possibly giving it a very bright future, especially in the budget segment.

There is still no official announcement with regards to the availability of this device.