Local mobile giant Cherry Mobile, at their very successful annual Dealer's Night, silently revealed the Cherry Mobile Infinix Pure XL. The Infinix Pure XL (and the smaller Infinix Pure, but that's for another post) is perhaps among the company's first salvo for 2015, and we're not even surprised they've already introduced these powerhouses this early (to be honest we would be disappointed if they didn't). What this sets is a precedent to all other local mobile players to follow next year. 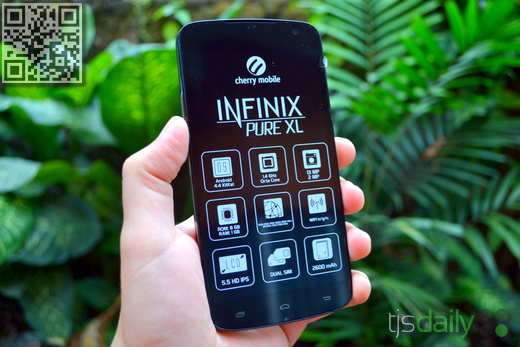 The Cherry Mobile Infinix Pure XL sports a 5.5-inch HD IPS display, an octa-core processor clocked in at 1.4GHz, 8GB of internal storage, a 13-megapixel rear shooter, a 2600mAh battery, and runs on Android 4.4 KitKat. At first sight, the display to battery ratio is unfavorable, but improvements in both hardware and software technology (see: KitKat) may prove to be some help. Another interesting thing to note here is the device's price. Previous quad- and octa-core phablet iterations from Cherry Mobile saw prices above the P7,000 range, but the Infinix Pure XL sits perfectly at the said price point. 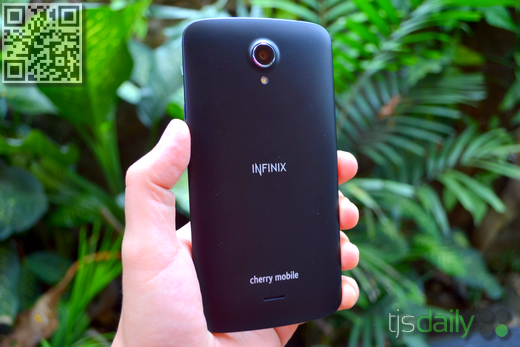 Design-wise, the Cherry Mobile Infinix Pure XL looks like a bigger Cherry Mobile Pulse, for the most part because of its contour and its paint scheme. One thing that admittedly looks different from the design language is the metal band surrounding the device. The Infinix Pure XL also doesn't carry a LED-backlit soft touch button group, and instead relies on a reflective process to provide illumination to the said soft touch buttons (similar to the DTC GT21 Neptune).

The Cherry Mobile Infinix Pure XL's availability hasn't been announced yet, though it's reportedly going to sell for only P6,999, the price of which is very justifiable, if not a total bargain.