If you haven't bought a PS4 yet,  June's about the right time to get one, especially if you're a Batman fan. Sony Entertainment Hong Kong Limited will be releasing - in a limited quantity - a specally designed steel gray PS4 with a custom Batman: Arkham Knight faceplate,  a matching DUALSHOCK 4 controller to boot, and the Batman: Arkham Knight game, this June 23, 2015. 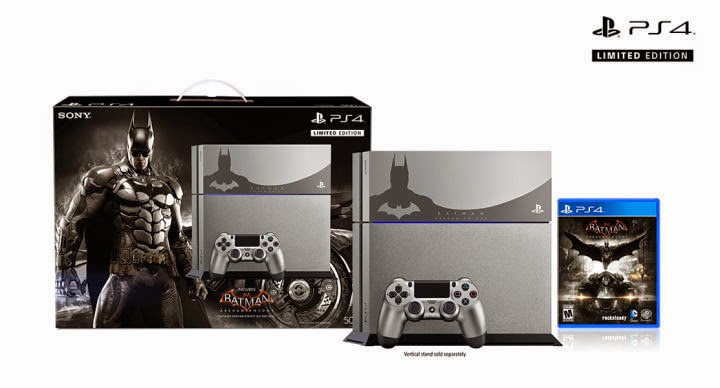 Batman: Arkham Knight itself, however, still have no details, such as pre-order bundles, or the local suggested retail price. We're predicting that the standard edition will be announced at the P2,499 mark, and the PS4 bundle itself at P23,495.

Batman: Arkham Knight is set a year after Joker's death from Arkham City, with the main plot being all the other criminals, like Two Face and Penguin, uniting to kill Batman. The game itself is said to be five times larger than the open map environment of Arkham City - which is huge, to say the least.