For 11 straight years in a row, the highly successful Manila International Auto Show is once again opening its doors today to the public at the World Trade Center in Pasay City. 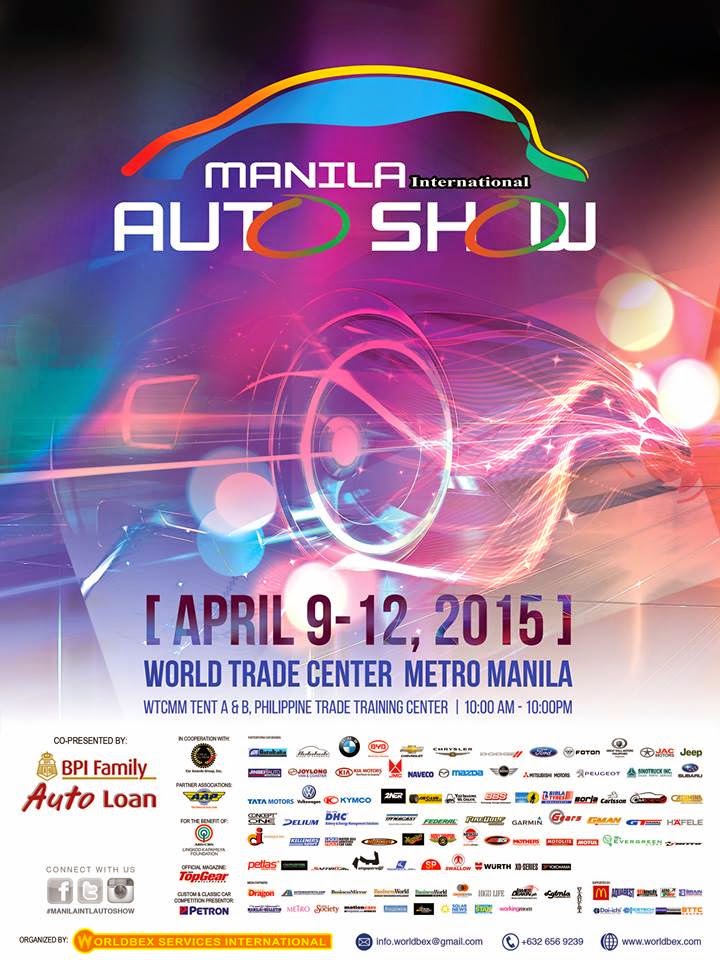 The annual event will showcase international Western and Asian auto brands such as BMW, Subaru, Mini, Mazda, Volkswagen, Foton, Tata, Kia, Mitsubishi, and BYD. Both Chevrolet and Ford are also billed to introduce their 2015 Trailblazer and Everest models respectively. As usual, there will also be driving exhibitions, parts and accessories selling, and all those classic and racing car and motorcycle exhibits. According to Worldbex, there are a total of 130 exhibitors taking part in this year's MIAS.
Other highlights of MIAS 2015 include the following: