With the lack of presence of Monster Hunter and God Eater on the PS Vita, players like me were - and this I emphasize - praying that something of this genre to land in this Sony handheld. True enough, Freedom Wars was announced, and we were excited as heck.

To start, Freedom Wars brings you to a post-chaotic Earth, where cities are replaced by Panopticons - heavily-armored structures that house civilians and criminals - also known as sinners - that live in unity for the "Greater Good." You'll find your character at the beginning of the game with amnesia for no apparent reason, and for that he or she becomes a sinner garnished with a million year sentence instantly (in the Freedom Wars world, even the act of lying down while you sleep will fetch you additional years). You'll shave off years off your sentence by completing missions and eliminating baddies called Abductors. 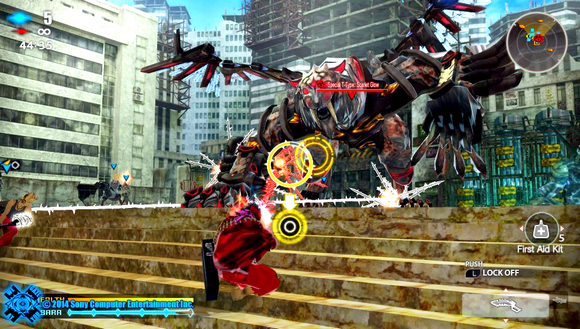 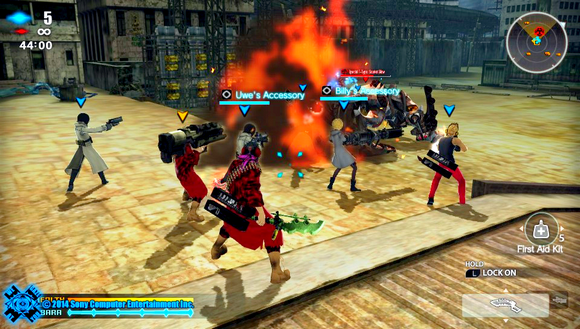 Moving to the action itself, you'll be able to equip your character with a multitude of guns, swords, explosives, and thorns - a rope-like attachment that will help you move about, climb walls, heal teammates, and bring down Abductors and sinners from other Panopticons. These implementations would've been passe, if not for the fresh mechanics and ultra-fast pacing of the game. Among the fresh mechanics are the addition of Accessories, humanoid AI units that will help you shoot down enemies, up to 7 other AI players with their own personalities, and an instant resurrection scheme that will basically wake your character up from death - an integral part of the game. 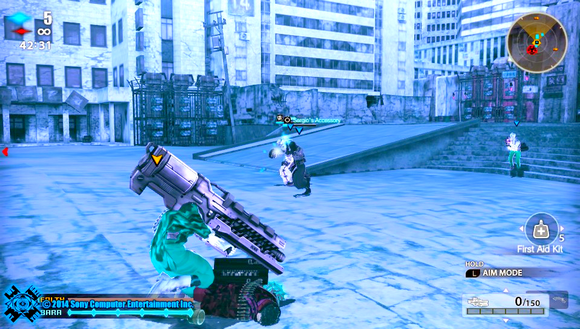 The game itself becomes difficult very quick, especially if you're not adept to this game genre. You'll be facing harder and plentier of opponents for each mission and CODE level you clear. You'll be facing three to five Abductors in 30 to 45-minute missions, and with low-level equipment you'll immediately find this tasking. Adding to the difficulty are the enemies' capability to spam you with attacks just as your teammates resurrect you; usually you'll have an invincibility leeway of at least 2 seconds after resurrection to get out of a hot area, but here you'll just die again. This is particularly irritating in the game's online mode, where overzealous opponents camp in your respawn points and kill you again and again for a quick win. 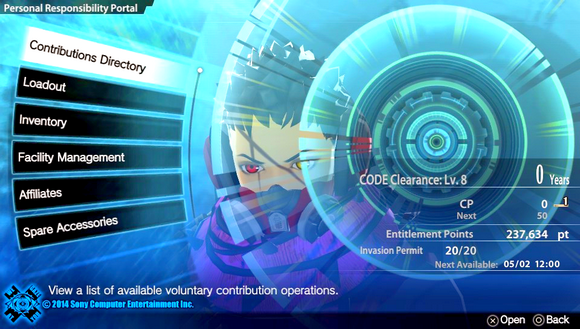 Speaking of the game's online mode, you may find yourself contributing GPP to your Panopticon (I selected the Manila Panopticon at the onset of the game). The more GPP your Panopticon has, the more your global standings are better, and the more your rewards are better. You can contribute GPP by donating the items you loot from missions, or by crafting weapons and items in the game's manufacturing feature. I appreciate that this feature exists: in some ways it gives you a sense of belonging, participating with people with a common goal, similar with guilds in MMORPGs. Sadly, the game's online capability is plagued with connection issues, i.e. it's very difficult to even connect to the online lobby. 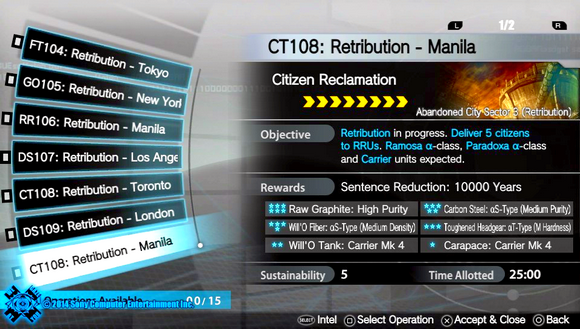 Your fingers should hurt like hell by now after all those missions. Fortunately, the game will keep you busy another way round through a wide array of costumes. One thing I appreciate about Freedom Wars' character customization feature is that they nailed it down to the bone: You'll be able to select a lot of cool-looking costumes for your character, with three variations each per costume; you'll be able to equip sunglasses, headphones, masks, earrings, dogtags, scarves, and many more; you'll be able to change your character's hair color, eye color, clothes color, accessory color, and even voice. All in all, you're totally in charge of making your character look awesome, adding to the game's replay value. 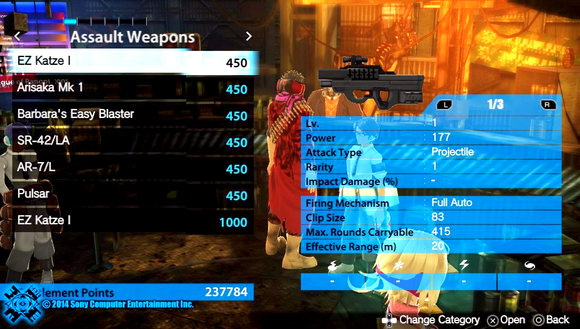 What's ultimately confusing is Freedom Wars' whole story. Yes, the game's graphics and animation are polished. Yes, the game is challenging and cool to play. But the story? It just plain sucks. To share a few, there will be this mysterious girl in a cat hoodie appearing and disappearing in a different dimension as you progress in the game, blabbering about you not giving up and meeting a certain Simeon (which turns out later as a God-like character). There's also this issue about people from a place called On High, coming down from the heavens and declaring war against land dwellers (SPOILER ALERT: The game talks about On High a lot, but you won't even be able to go to On High. Hopefully there's an affordable DLC for this in the future, but I personally doubt it). The game wasn't able to substantiate almost anything about everything. 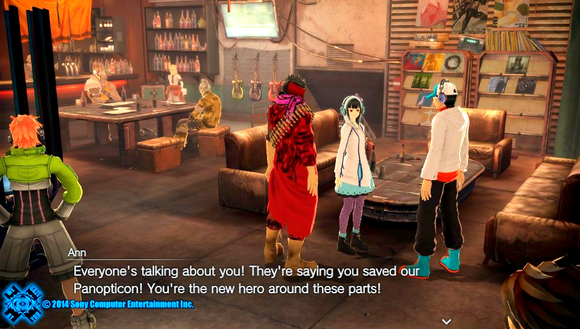 Summing it up, Freedom Wars feels like it's a USD 49.99 game, not a USD 29.99 one, as it plays almost solid all around, if not for the confusing story. You'll get your fill of monster hunting, weapon crafting, and online playing with this 3rd person RPG. To call this game a Monster Hunter or God Eater substitute is bollocks; Freedom Wars is its own game.