With the PS Vita having more than its fair share of games that show moderate to copious amounts of skin, Senran Kagura: Shinovi Versus should've been another ordinary addition to the handheld's game library. After all, the game screams of ridiculous, over-the-top, fanservice However, it proved itself beyond that, thanks to the extra attention poured in by Tamsoft and Marvelous USA that makes it a solid brawler.

For starters, you'll be greeted with lots of skins from the franchise's cast of teenage ninjas less than 5 minutes into the game (the game's PS Vita homescreen icon and loading screen are pairs of you know what for Pete's sake). You'll also have the option to select your characters' clothes in a dressing room, from their normal clothes to their battle clothes - all the way up to their undies (you can even have your ninjas up on full screen and have a view on every angle. Not that I did it..whatever, man). More on this later. 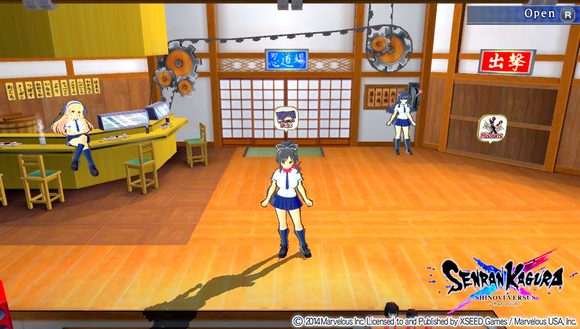 The above fanservice withstanding, Senran Kagura: Shinovi Versus offers a deeper Dynasty Warriors-like combat, with masses of low-level pawns to obliterate, to bosses - actually, ninjas from other dojos to defeat. You'll be able to level up your characters' three modes of skill sets - Yin, Yang, and Frantic - depending on usage on missions. Speaking of missions, main ones aside, each character from every school will have their own mission subset - Heart Missions the game calls it, allowing you to know more about them. 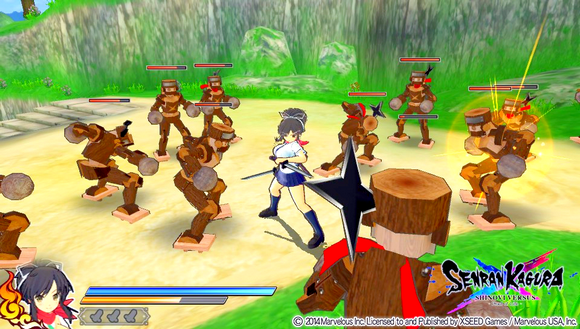 Battle gameplay is pretty standard fare: You just mash a few buttons every now and then to shave off bars of life from throngs of baddies. But unlike Dynasty Warriors, difficulty is relatively easy all throughout the game. To make things easier (and more entertaining), your character will be able to transform from ordinary schoolgirl to shinobi, and be able to use devastating specials once you fill your skill meter to the brim. And did I tell you that these specials will wipe your enemy's clothing one layer at a time guaranteed? There's even a mini animation sequence for clothes being destroyed (which is fortunately skippable). That aside, there's also a parry system installed that will allow you to fill a skill meter instantly when you block an attack at the right time, a double jump and air dash feature that will help in mobilizing your shinobi throughout your missions. 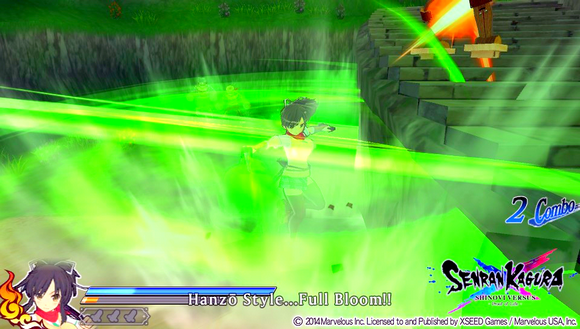 If you're not in the mood to ninja around, there are lots of accessories available both in-game and at the PlayStation Store (as DLC, both free and paid. The paid DLC is said to reach up to USD 60 in total) to use on your characters. The vast wardrobe available to the game can be both good and bad. Good in the sense that you'll waste your time trying different combinations on what will look good on your ninja, and bad in the sense that you're wasting your time trying different combinations on your ninja. There's also an underwear collecting mini game and a lingerie lottery for what it's worth. 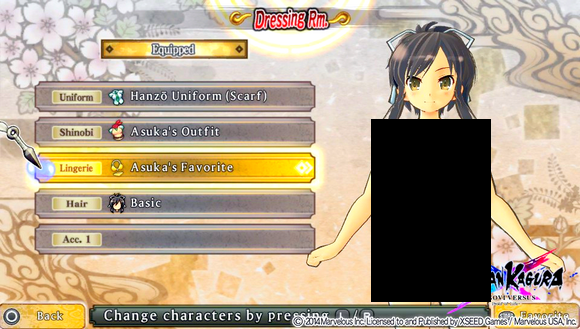 Insofar as the graphics are concerned, Senran Kagura: Shinovi Versus actually looks good. The animations are pretty solid and fluid, and so are the shadings and sprites everywhere. The musical scores are also pretty interesting to the point that it won't bother you; the sound effects, especially the Japanese voiceovers, are very "kawaii" and will keep you entertained for hours. The dialogue can be confusing though, as it's a combination of mostly innuendos and just plain blabbering. 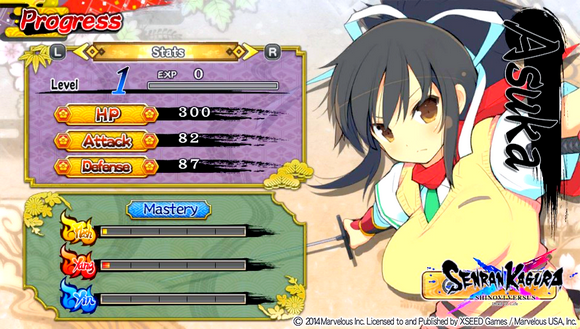 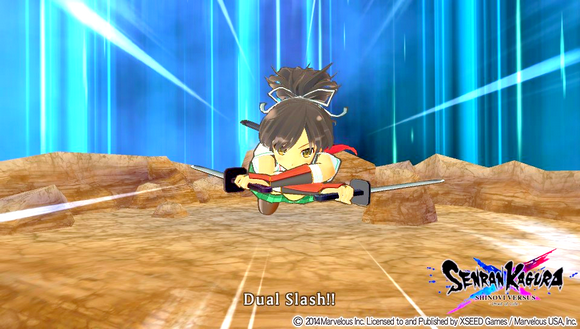 I'd like to think the Senran Kagura series are on a league of its own: The fanservice is sickeningly sweet, but everything about Shinovi Versus is polished, making it a game worth your while . However, it's not a game you'd want to be seen playing, especially on public areas, as it would definitely attract unwanted attention. But if you'd want to play this for, you know, science, then go right ahead and make your day happy.