I'm fond of using my smartphone in my car - not in the dangerous "I"m texting while driving" way, but in the "I"m using Waze to navigate through traffic" kind of way. And one thing that helps a lot is a decent smartphone car mount. Here's where Belkin's Universal Car Mount comes in. 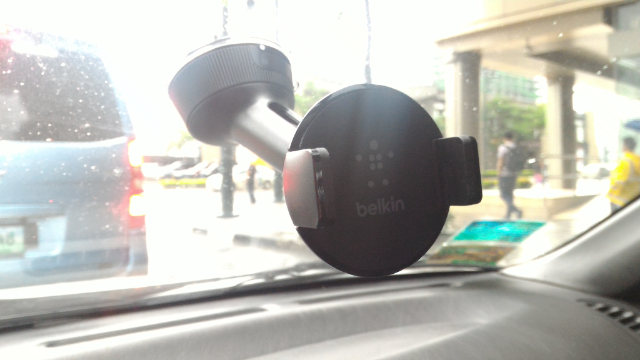 I went through a few smartphone car mounts myself, starting with the cheap ones from a well-known place that sells affordable tech stuff, to more expensive ones from car stores.  Sadly, they just keep breaking (the base teeth or the neck swivel) or aren't just my type in the long run.

For what it's worth, the Belkin Universal Car Mount looks good from the getgo, starting with the box. The car mount itself meanwhile looks great in matte black. 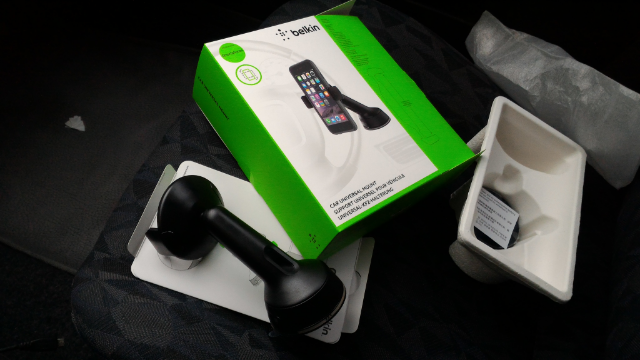 As with most car mounts, the Belkin Universal Car Mount has a sticky base and sticks to where you'll place it. It also features a dial-style suction mechanism to keep your car mount in place (I mounted mine in my windshield). You just rotate it in place and it stays there permanently. 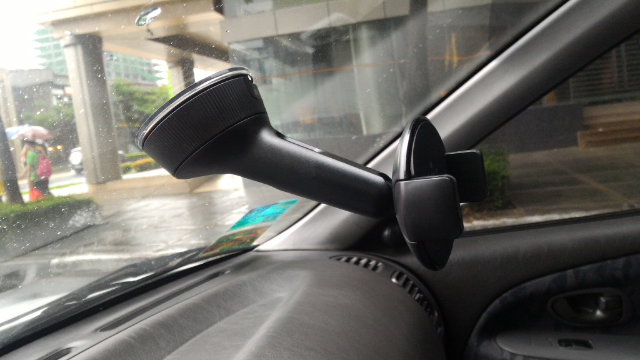 The mechanism holding the smartphone directly meanwhile can swivel 180 degrees and rotate a full 360 degrees thanks to the plastic ball joint. It's also snug enough that it won't droop off downwards while your car is moving. There's also a wide slit in the middle of the car mount's neck where you slide in your car charger's microUSB cable, just so it would look tidy and not hang around while you're driving. 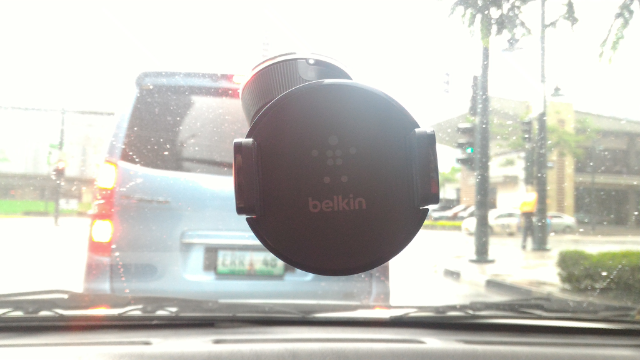 All in all, the Belkin Universal Car Mount is a solid car accessory. It's easy to install and use, and it's made of premium materials, giving you satisfaction and assurance that your smartphone or the accessory itself won't suddenly fall off or break. It's now available in Lazada for P1,490.