If you love listening to music via your smartphone, you may be glad to know that audio company Marshall released their own Android device - the Marshall London - to satisfy your sound needs. 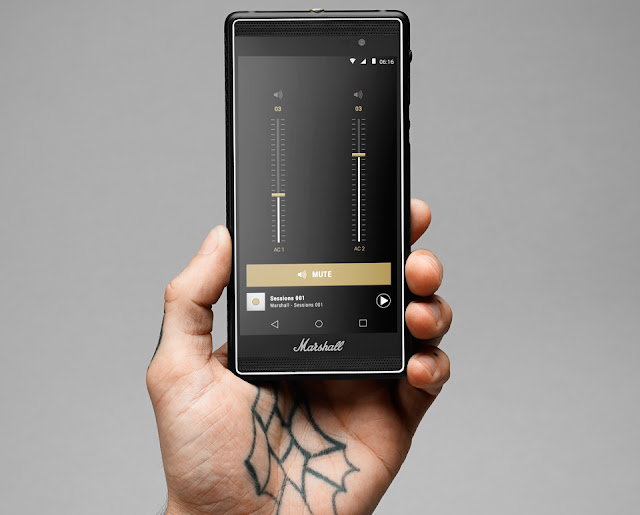 The Marshall London is an awesome, somewhat steampunk-looking, 4.7-inch Android smartphone that runs on Android 5.1 Lollipop, and features two headphone ports, a Wolfson WM8281 Audio Hub, two microphones, and front-facing stereo speakers (like HTC's fantastic albeit now ailing One flagship series). In theory, the London will play you wonderful sound be it from the external speakers or on headphones.

Under the hood however, the London's hardware is nothing more than just a mid-ranger relative to the price. Running the device is a 1.2GHz quad-core Snapdragon 410 paired with 2GB of RAM. You also get an 8-megapixel rear shooter, and 4G LTE support. Last but most important is that Marshall also threw in their relatively new Mode in-ear headphones (I own these and they're good to say the least. By the way, if you pre-order, you also get a pair of Marshall Monitor headphones worth P6,700).

We're not sure when this device will be released locally, but by our estimates it may be released early next year. It also has a converted price of P29,000, an amount that will clearly make consumers think twice.