The biggest gaming convention of the year, the e-Sports and Gaming Summit 2015 - ESGS for short - have recently come to a close. The event was so huge that it took up four halls of the SMX Convention Center located at the SM Mall of Asia Complex in Pasay City.

A relatively young annual event, ESGS took the metro by storm late last year by pulling together the nation's hottest game niches, organizations, and technologies - which it successfully did again, and a lot better, in this year's installment. Present in the event were gaming powerhouses such as MSI, Razer, the nation's leading e-Sports organization Mineski, Wargaming.net, and Monster (the energy drink. On another note, I wonder when Mountain Dew and Doritos will grace local gaming events). Also present in the event were the MVP-conglomerate PLDT-Smart and Samsung.

What I can say was among the highlights in this year's ESGS are the PlayStation booths featuring Call of Duty: Black Ops III and Ubisoft's Assassin's Creed Syndicate. To date, there have been no official Sony PlayStation presence in the country up until ESGS 2015. This is a great sign that the Philippines is getting noticed as also a place-to-be with regards to gaming. If you'll recall, gaming peripherals brand Razer launched its 2nd concept store in the whole of Asia at SM North EDSA a few months ago.

Another highlight of ESGS 2015 was the launch of TV5's digital gaming arm, the GG Network. What this network does is enable gamers to reach out to their fans by serving their content on the said network's YouTube & Twitch platforms, at the same time making the gamers earn revenues on the side. It's a win-win for both parties, especially that the one heading the direction of the platform is a gamer himself, Jayson Dayrit. 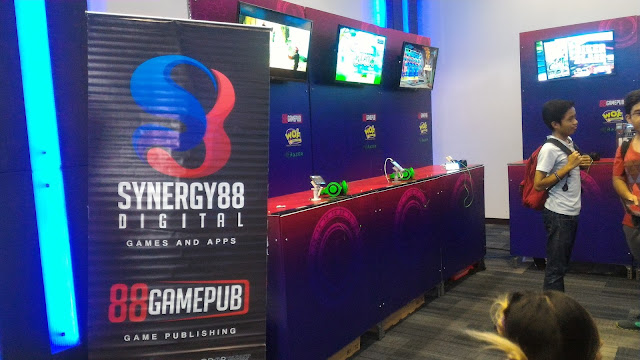 
And what's a gaming convention without a cosplay competition? Cosplayers were somewhat scarce at this year's ESGS, but what the event lacked in quantity, it made up for quality. The winner of the best cosplay event was none other than a full weapon-clad War Machine, complete with moving parts. That one's a truly international level cosplayer.

All in all, ESGS 2015 was a complete success. It more than met my expectations, as it was able to push event-only exclusives, such as previews of PlayStation 4 games, a game channel launch of a major company, and the highlight of the nation's indie developers, something which I fully support.