Great cameras in smartphones have been big this 2015 - there was the LG G4 and the ASUS Zenfone 2 - and local brands haven't failed to ride the wave. There also have been multiple local devices tagged as products with great cameras, but none of them have captured the local mobile camera market like Starmobile did. See, this year, the local company have been able to launch the Starmobile Knight Spectra (a story for another time), and the Starmobile Knight Elite - devices that were marketed to have such, the bonus of which is the awesome form factor. We'll discuss the latter for this particular review, and find out if what the company's claims are true.

The Starmobile Knight Elite is hands down one of the most beautiful devices locally launched this year, and exactly why is very obvious: It gives off a very premium aura, with its elegant glass back and its plastic wrapraround frame. To be honest, the Knight Elite looks like something that would come off the production lines of Sony or Oppo, only this time it's from someone local. 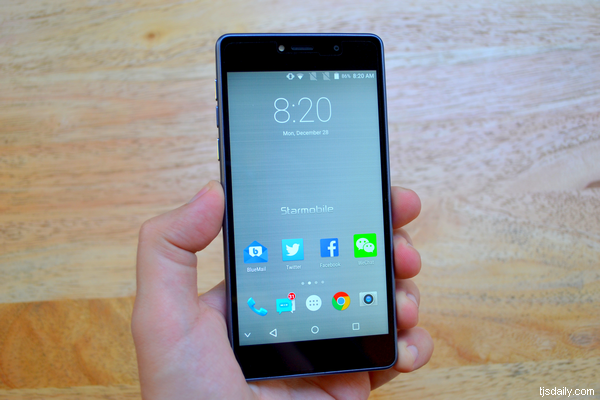 The Starmobile Knight Elite sports a 5-inch Full HD IPS display, with the soft touch controls already integrated in the display. It's not everyday you see 5-inchers being sold (as against a few years ago) as people seem to prefer devices with bigger displays. I find the device's size just right however, as my personal preference hovers around the 4.7 to 5-inch mark. You also hear companies - such as LG - downsizing their displays, the latest of which is the LG G5, said to carry only 5.2-inches. Also at the front is a 5-megapixel front camera together with a LED flash, and a discreet earpiece grill. 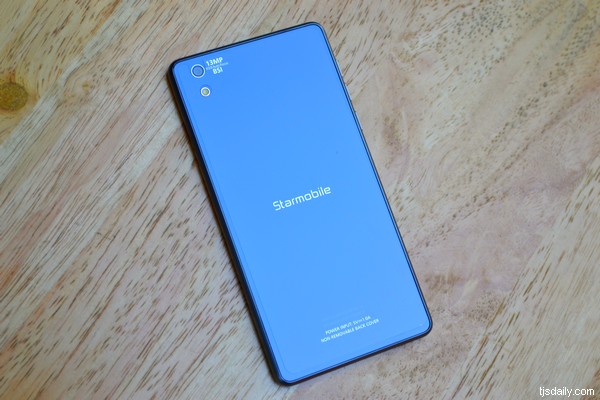 The back meanwhile features an all-glass rear - which comes in black or white by the way - together with a 13-megapixel rear camera and its LED flash. Aside from other usual brand markings, there's nothing to be found here as well, though the design can go a little bit more cleaner. I can't recall when I last saw a device carry a "13MP BSI" text beside the camera, but then again, it doesn't hurt the overall design. 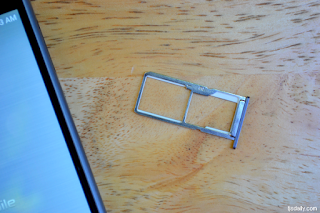 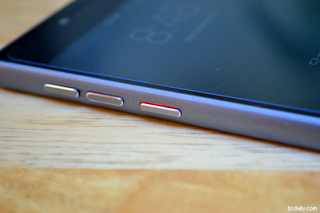 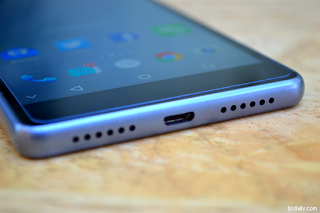 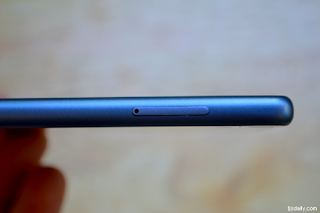 The sides are also where you find the usual: The volume and power buttons to the left, the hybrid dual SIM card slot to the right, the speaker grills and the microUSB charging port at the bottom, and the 3.5mm audio jack at the top. I have to further discuss on some items: 1) the power button's setup is unique because it's also where the Knight Elite's LED notification is located. The button - or at least the space behind it - lights up to a green, a red, a white, or a purple, depending on your phone's status. This is an unusual setup as its sometimes hard to see if there's any notification or not because it's located on the side (as against the usual front), but it works to a degree; 2) the hybrid dual SIM slot on the other hands works in a way that you can either put a SIM card or a microSD card in the dual SIM tray. This setup is good for people that prioritize space or a second mobile number over the other. 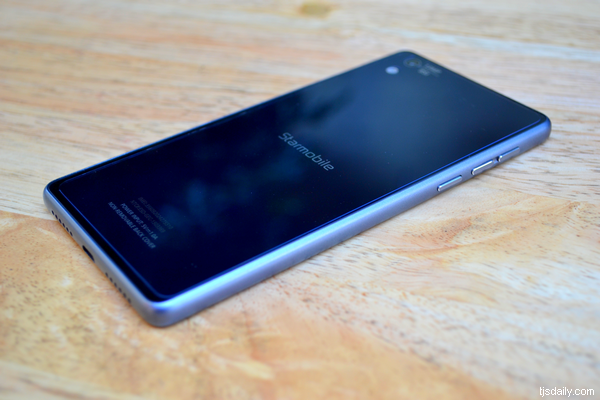 In terms of handling, the Starmobile Knight Elite is sometimes scary to hold because of its slippery nature - as with almost all devices with a slate form factor. This concern can actually be instantly remedied by equipping the device with the clear plastic case that comes with the Knight Elite's box. It also serves as a fingerprint shield. On another note, two screen guards also come with the device's box, just in case you'll lose sleep over the unguarded front and back glasses.

The Starmobile Knight Elite is decked with a 5-inch Full HD IPS display from JDI (at 440 ppi), Gorilla Glass 3 (both front and back glasses actually), at a fine 1080 x 1920 screen resolution. To be fair, FHD is now the usual fare for local mid-rangers. Anything less than FHD starting at the 5 digit mark, don't buy. 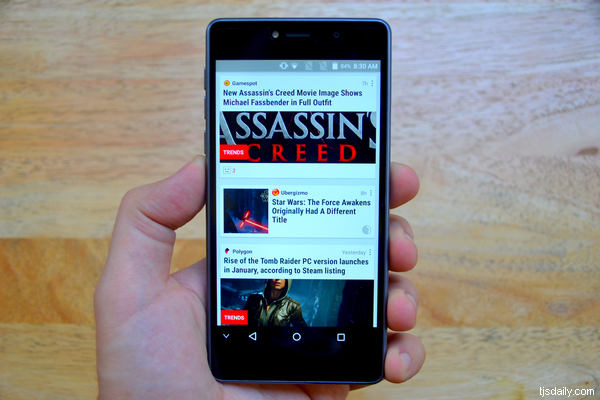 Though the Knight Elite features a very capable display, this reviewer can't already distinguish its main advantages against others because most FHD displays this year are well performing, and saying otherwise would be incorrect. For what its worth, the Knight Elite's display is very sharp, has the right combination of warmth and color accuracy, and is very responsive. It's also overly bright, to the point that it will hurt your eyes during the nighttime. Adjusting it to the dimmest settings will still be bright - at least that's how I found it. The previous said, sunlight doesn't pose a challenge; readability under the sun is unaffected. 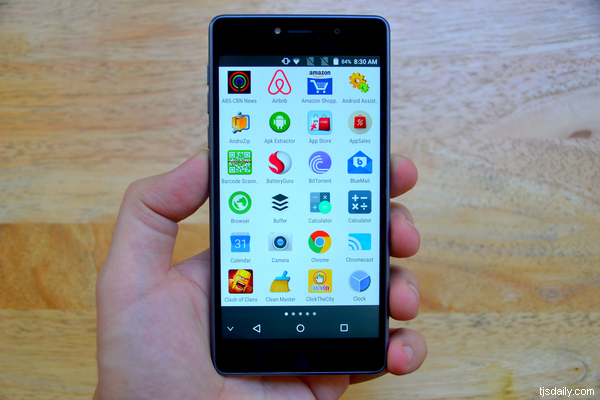 The device runs on Android 5.1 Lollipop, and utilizes the operating system's stock setting. It makes me want to think that Starmobile - given its wonderful track record in providing wireless updates to its flagship devices - will someday push 6.0 Marshmallow to this gorgeous machine.

The Starmobile Knight Elite operates on a Qualcomm MSM8939 Snapdragon 615 64-bit octa-core processor (each four cores clocked in at 1.5GHz and 1GHz respectively), an Adreno 405 GPU, and 2GB of RAM. On paper, this should make the device run seamlessly, but it isn't always the case. It chokes on certain instances, such as when running games with multiple events happening, e.g. snow is falling in the game environment while your character is dealing with multiple AI, with animation set to medium or high. Other than that, the Knight Elite works adequately. 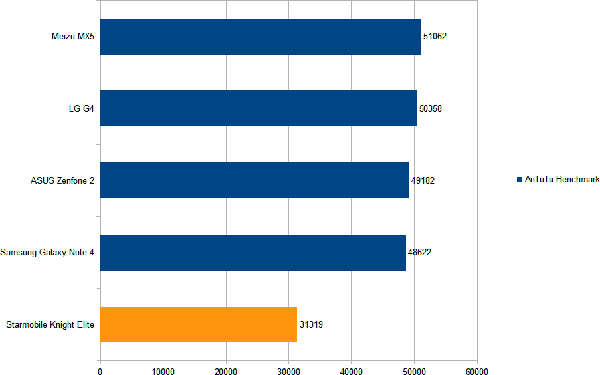 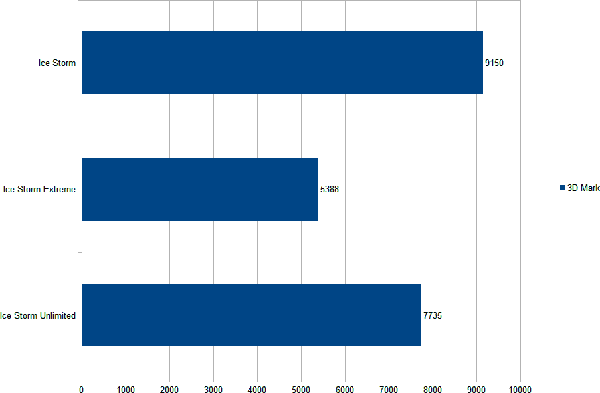 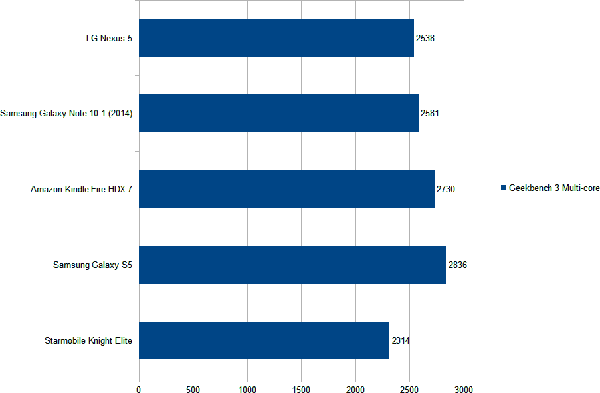 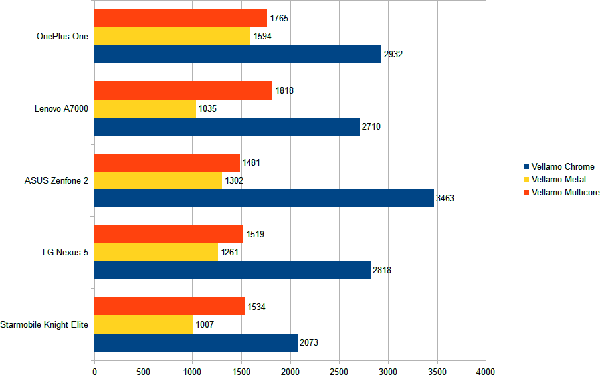 On a minor note: 1) If you do decide to not add a microSD card on your Knight Elite, you'll receive a low internal memory warning with around 3 GB remaining in your device; 2) the stock email app won't load images; 3) there are multiple bloatware pre-installed, all of which can be disabled via the Settings menu.

There are room for improvements with the Starmobile Knight Elite, and it should be fixed via a wireless update.

The Starmobile Knight Elite's audio and video playback are great; it will play high definition videos for you with vibrant sound to boot, provided the file you're going to play offer the same. This results to you being able to enjoy your favorite soap or anime (in my case, One Punch Man) while driving, or simply waiting for someone at a lobby and the like. 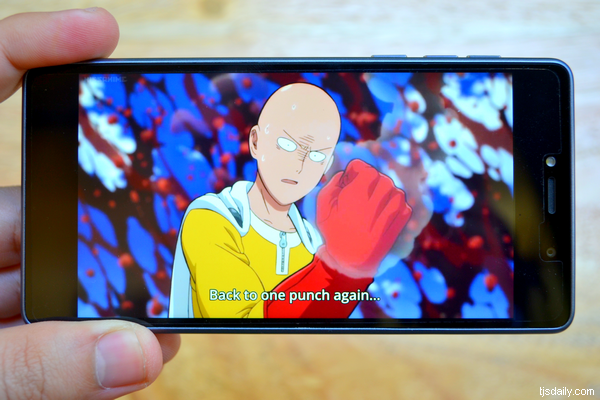 Audio-wise, the Knight Elite's external speaker sounds great as it doesn't sound tinny. In fact, it sounds whole and strong. It should be expected though, as this device is one of Starmobile's more premium offerings - I would be disappointed if it didn't.

On another note, the Knight Elite's earpiece provides for a crystal-clear conversation. 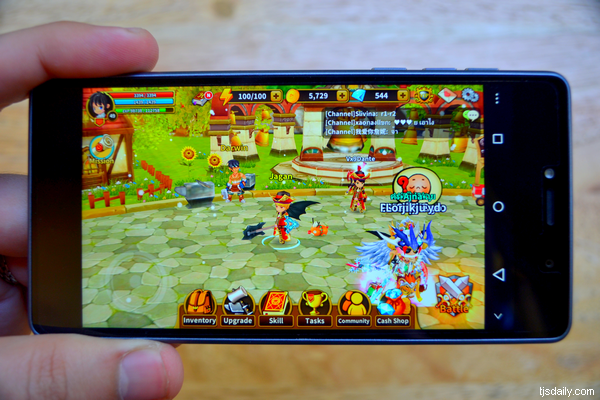 As mentioned in another section, the Starmobile Knight Elite is able to play back most games easily, but chokes when presented with certain phone or gaming conditions. A good example would be Dragonica Mobile. Even though the gaming app is pretty light by most standards (relative to other smartphones its range), the device bogs down when other players are displayed on-screen. Provided, the device is running multiple background tasks, but a Snapdragon 615 and a 2GB RAM should've been able to handle that pretty well. 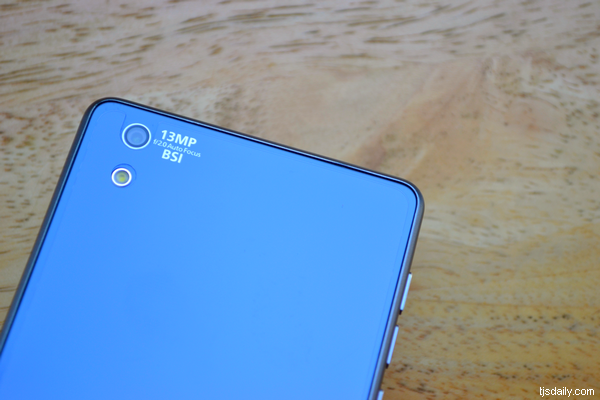 One of the strengths of the Starmobile Knight Elite is its 13-megapixel rear and 5-megapixel front cameras. The main camera features BSI and value-added options under Star Camera (which we will discuss later). The front camera on the other hand has a wide angle lens, and boasts its own front-facing LED flash. 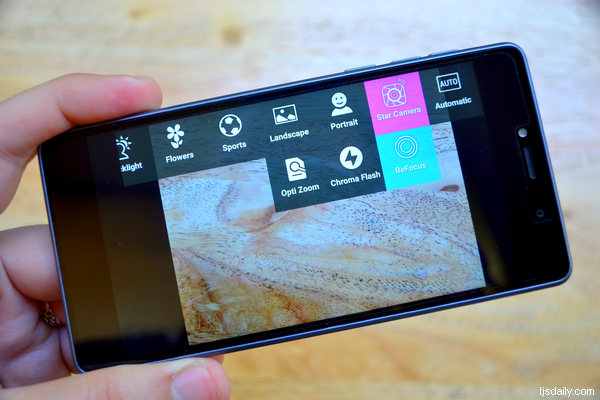 Expanding on the Star Camera value-added options mentioned in the previous paragraph: 1) Chroma Flash - Supresses flash glare, so you'll receive clear images when you take photos of environments with reflective surfaces; 2) Opti-zoom - Enhances digital zoom so you'll still have clear images even at 6x zoom; 3) Refocus - Probably the most useful feature of the three. Allows you to digitally refocus areas on the camera post-capture. This means you can do bokeh shots with ease.

Regarding image quality, the Starmobile Knight Elite produces crisp and detailed images relative to its competition and price point. It's able to take good shots at both daytime and nighttime environments with ease. One difficulty the device's camera sensor encounters on the latter is that it's sometimes unable to properly reproduce yellows, and instead shows it as whites. It's nothing that a filter couldn't fix, and it shouldn't be too much of a problem.

Here are some sample photos from the Starmobile Knight Elite: 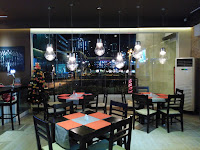 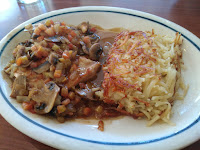 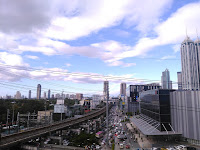 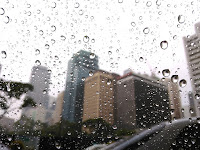 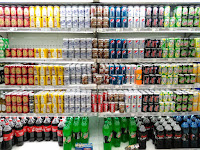 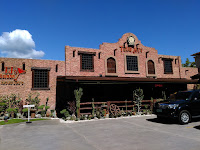 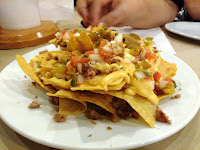 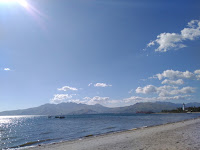 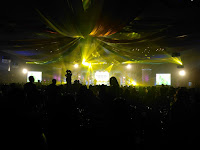 As to the camera experience itself, the camera app doesn't ideally load as fast as it should from the drawer, leading to "lost moments". Everything else that follows, from the shutter speed to the camera focus and refocus, works just fine. 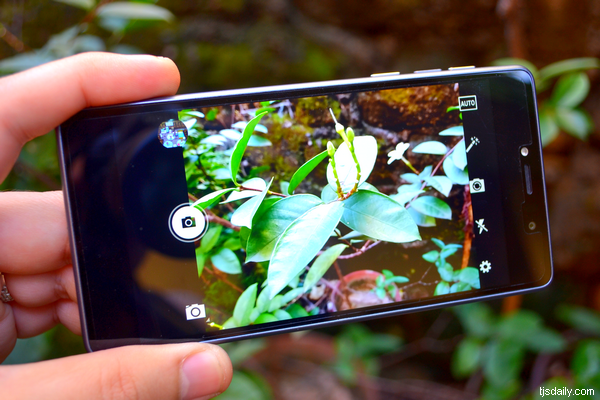 At the sidelines, there are multiple photo modes and filters to add to your images, such as the Candlelight, Snow, and Sunset settings. There are also Sepia, Posterize, and Emboss filters. There's also the option to keep your LED flash remain on while your capturing photos. Lastly - and most interestingly - you can also sort of do a Manual mode on the Knight Elite as you can manipulate its ISO, Exposure, and White Balance settings manually.

The Starmobile Knight Elite is equipped with a 2600mAh Li-Po battery (not removable because of the device's unibody setting).

In terms of longevity, the device's battery can last up to 6 and a half hours, with two SIMs and cellular data enabled at 50% brightness. This already includes light jabs of gaming and social networking sites browsing. You should just disable cellular data when it is't needed, disable location services, and turn off the second SIM if you really want to save battery. 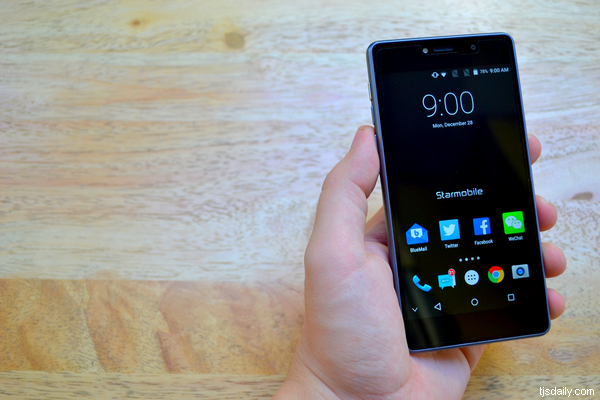 If there's anything local that would be fit to purchase with your hard-earned P9,990 (SRP), it's hands down the Starmobile Knight Elite. It's beautiful with its front and back glass material plus the plastic wraparound frame, and at the same time, it can handle most tasks with ease. Another feature you'll have going for you with this device is its fantastic camera: the Knight Elite can go toe-to-toe with other cameras from international flagships - and nowadays, a good camera is as important as good smartphone performance.