The 16-year old game - and the last of the Final Fantasy series to appear on the very first PlayStation - features high-resolution characters, optimized touch controls, and a whole bunch of, let's say, "user friendly" options, such as a "No Random Encounter" option - and a bunch of others we won't spoil here. Granted, there will be hardcore players that will grind just because, and there're also those that are in just for the story. 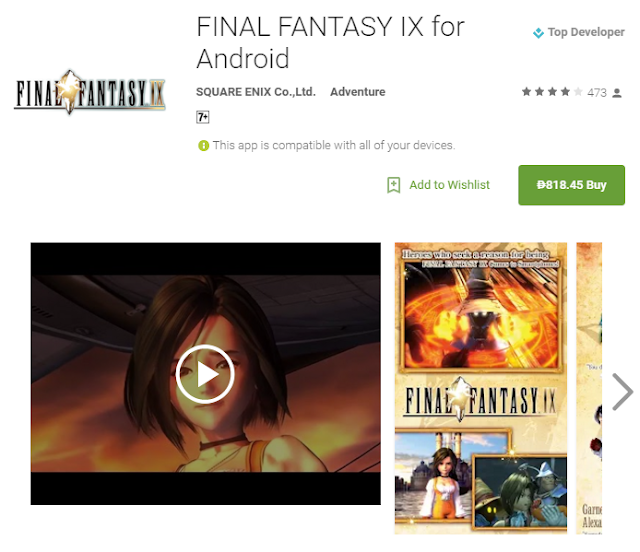