ASUS at Computex today unveiled 3 variants of its much awaited Zenfone 3 series - and for what its worth, it looks more expensive than its actual announced prices. 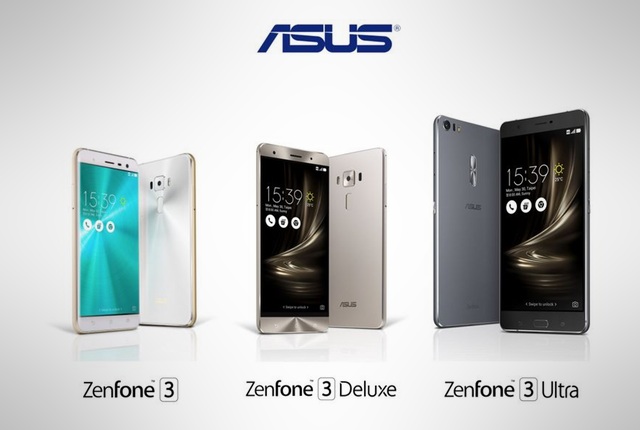 Starting at USD 249, the base model of the Zenfone 3 boasts Android M out of the box, an octa-core Snapdragon 625 (the first to utilize the chipset), 3GB RAM plus 32GB internal storage, dua SIM support, Cat 6 LTE, a 3000mAh battery, a 1080p display, and a 2.5D Gorilla Glass on its front and back faces. What's good is it looks great with its chamfered edges and all, and rings of the Huawei Mate S or the Samsung Galaxy S6. It also comes with - get this - USB Type C, and a rear fingerprint sensor. As usual, it comes in plenty of colors: "Shimmer Gold," "Aqua Blue," "Sapphire Black" and "Moonlight White."

The ASUS Zenfone 3 is now equipped with Sony's IMX298 16-megapixel sensor (the same used by the Huawei Mate 8 and the Xiaomi Mi 5), and still comes with existing camera features—laser autofocus, dual-tone LED flash, and 4-axis optical stabilization. The front meanwhile is equipped with an 8-megapixel wide-angle camera.

The more expensive Zenfone 3 Deluxe is similar with the base model in more ways than one, but the most noticeable difference is its slightly curved metal unibody (instead of Gorilla Glass), plus a bigger 5.7-inch 1080p display. There's also the fact that it utilizes a Snapdragon 820 processor, the first to sport Sony's IMX318 23-megapixel sensor (with 4K video recording support) and Quick Charge 3.0. The Zenfone 3 Deluxe starts at USD 499 for the 6GB RAM + 64 GB internal storage variant.

Last is the goliath of a smartphone, the Zenfone 3 Ultra. Though it looks similar to a lot of devices out there in build, this thing packs a 6.8-inch 1080p phablet that mainly boasts a digital TV play, for a refined mobile viewing experience. How's that for a differentiator? It also sports a Snapdragon 652 octa-core processor, Cat 6 LTE, identical cameras with the Zenfone 3, a fingerprint scanner, DTS Headphone:X 7.1 Surround Sound, and a 4600mAh battery that can act as a powerbank for other devices (though this gimmick isn't new). The base model comes at USD 479.