Leading electronics company Cherry Mobile finally enters its Explorer 2 action cam to the local scene, selling only for an affordable PHP 5,999. This latest release serves as a follow up to last year's Explorer, and is a big jump from the initial model if I'd say so myself.

The Cherry Mobile Explorer 2 now features its own 2.4-inch HD touch-enabled LCD display and comes with Android 5.1 Lollipop out of the box, and a 12-megapixel camera with 170-degrees wide-angle lens that also captures Full HD. And to top it all off, it boasts its own MT6580 chipset with a 1.3GHz quad core CPU and a Mali MP-400 GPU! And no, we hope you don't attempt to play games on it, because really? 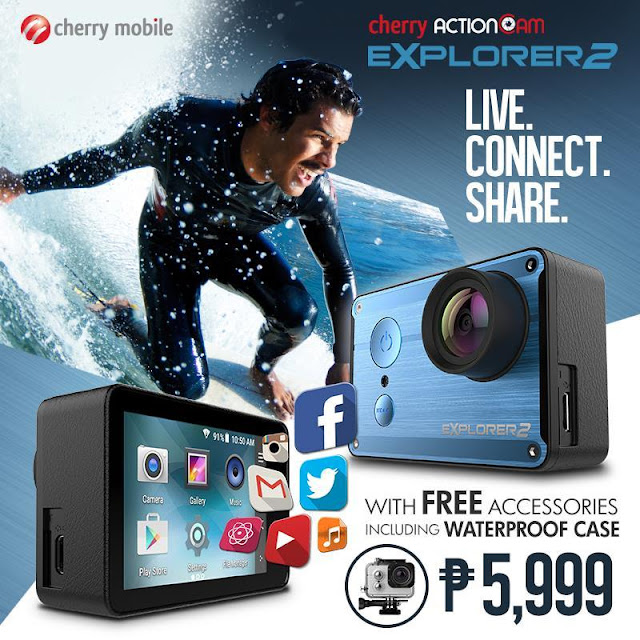 Unfortunately, the timing's a little bit, well, off, since summer's over and you can't really use this device during the rainy season - except perhaps when documenting floods and whatnot.