Mobile dev DotEmu, known for porting a multitude of old PC games to smartphones, have done it again, this time by porting the decade-old but well-received Titan Quest to Android. This comes after another popular game, Final Fantasy VII, was outed on the Play Store. 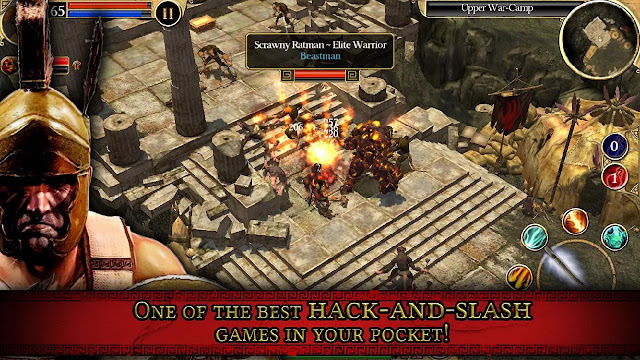 Titan Quest, simply put, is a graphical upgrade to Diablo 2, where you fight mythical creatures in a very huge world to explore. Similar to the PC version, there's lots of customizations and items to be had. And what's mind-boggling here is that all this adventure is going to happen on a display the size of your palm.

Early birds however have complained of massive lags in-game, even with top-end smartphones and lowest resolution settings. There's also allegedly no gamepad support, so put those Mogas and iPegas back in the shelf.

Titan Quest currently sells for $6.99 - and that's apparently the launch sale. Expect it to get a price bump-up when the launch period is over. Here's the link: https://play.google.com/store/apps/details?id=com.dotemu.titanquest