Wireless bluetooth audio equipment have been around for some time. The technology is continuously improving, but sometimes there's that thing that captivates your attention, not only because it performs well, but because it looks non-conventional, which is what exactly the LG 360 is. Here's our review.

The LG MUSIC flow Sound 360 at the getgo looks like a water bottle or a vase (trust me, people can mistake it for one), but, come to think of it, the design is bold and refreshing, since most Bluetooth speakers today either follow the horizontal bar or the flat wheel format that you lay directly flat on a surface. From our experience with the LG 360, being in a vertical format has its perks. 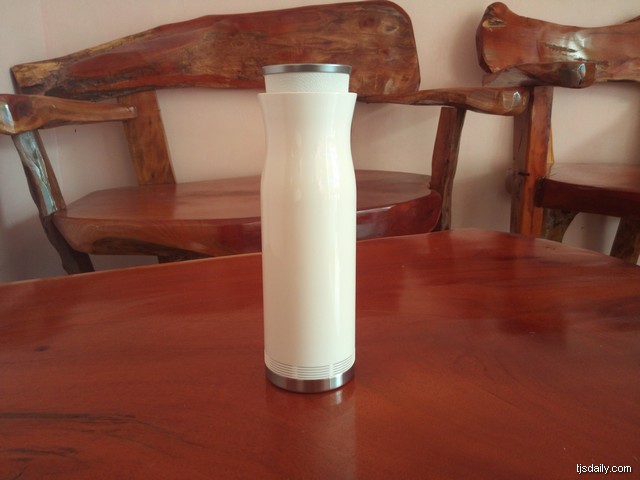 Turning on the device is quite an experience itself, since you have to press on its top area (consider this the on button); a layer of the device will slowly spring up. The LED on the top will also light up, indicating that it's already powered on (it also has a blinking combination that's purely for aesthetics). You also have a multitude of control buttons here, such as the Bluetooth pair button and the volume buttons. 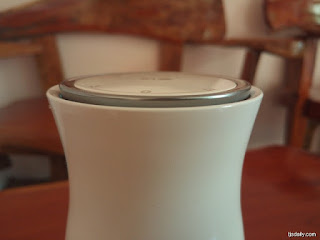 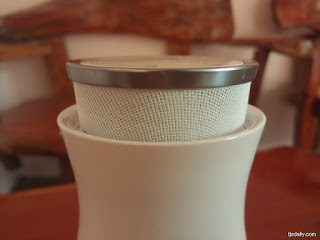 The bottom of the device is equipped with a rubber grip, so that it won't slide off of smooth surfaces, especially if you'll be rocking bass-heavy tunes. Both upper and lower areas of the device are accented with a metal finish. 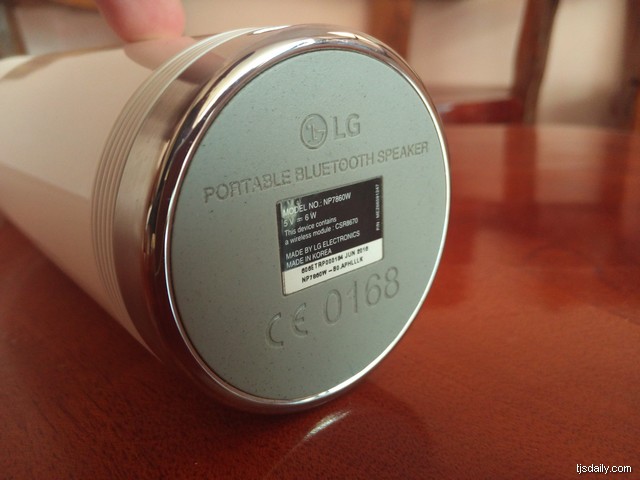 The only unfortunate experience I had with the LG MUSIC flow Sound 360 is the charging port: The clip guarding the microUSB charging port is so difficult to unhinge I have to get a pointed object to pry it open. And while we're here, there's an LED indicator that changes from purple to green to indicate charging to fully charged. 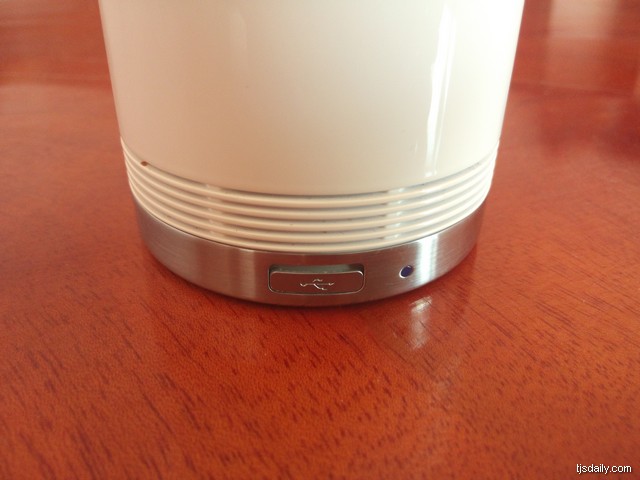 The LG MUSIC flow Sound 360 is definitely hit the spot for this reviewer sound-wise when it came to performance.

First of, the vertical format of the device gives it the advantage of delivering sound on all angles (in a sphere, if you will), unlike those with front driver devices that delivers optimum sound where the device is facing. This advantage by the Sound 360 will be very obvious when placed in the center of both open and enclosed spaces, since it'll cover the immediate vicinity. As anecdotal proof, we tested it on an open pool resort, and were actually delighted that it played wonderfully strong, even going against loud videoke machines of neighboring resorts. 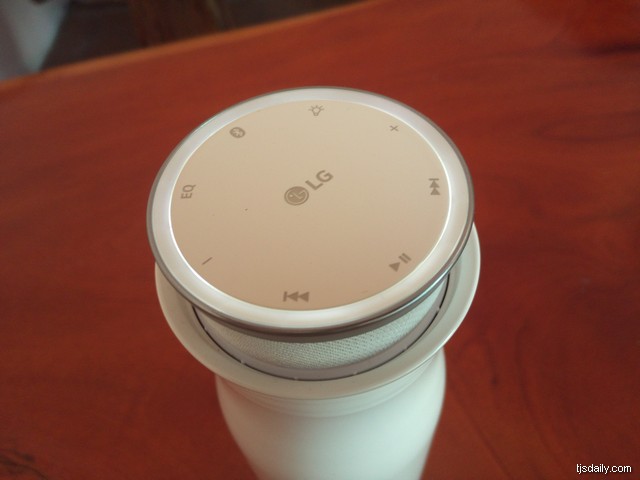 Highs, mids, and lows were clearly pronounced with the LG MUSIC flow Sound 360. And while we weren't able to test multiple music genres on it, the device will be more than sufficient if you're going to have an impromptu EDM party in your backyard. Not once did it sound powerless or tinny.

What captivated us is that the machine was able to continue playing for five hours straight at maximum volume. Usually, decreasing battery means a little "give" or fade in sound, or jitteriness in receiving Bluetooth data, but the LG MUSIC flow Sound 360 kept going.

Charging-wise, a two and a half hours in the plug should give it ample juice to play again.

The LG MUSIC flow Sound 360 is a device worth considering if you're looking for a bang-for-the-buck audio portable. It's lightweight, refreshing, and can really spit out tunes. It'll set you back PHP 8,660, but it just may be worth it. At least this reviewer found it that way. Just watch out for stains if you're going to take the white one - whites get dirty, and quick.