Nintendo, in a surprising fashion, just announced the Nintenod 2DS XL - a significantly improved version of its predecessor, the 2DS. 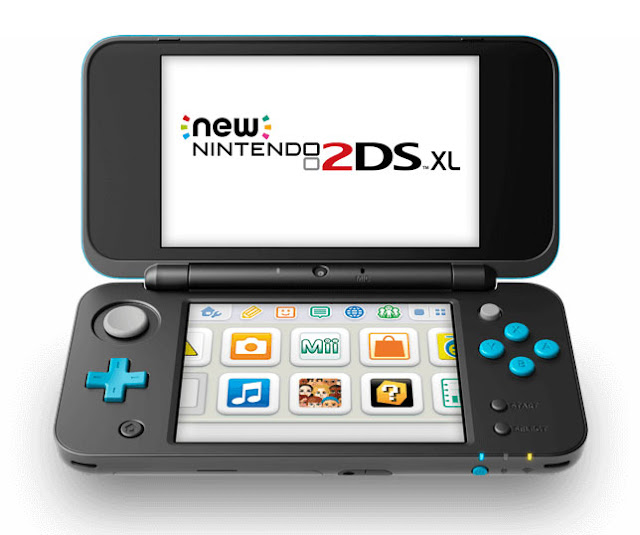 So what's different this time? For one, the Nintendo 2DS XL now as foldable hinges. It also has bigger screens, but has no 3D; essentially a watered down 3DS XL. A7nd to remind you, you get full access to the whole Nintendo 3DS library, a great thing if you're looking for a new "old" console to play with, just in case you're tired playing on your smartphone.

The Nintendo 2DS XL is priced at USD 149.99 (approximately P7.5k), and is only currently available in black and turquoise. It's going to be on sale this coming July at North America. Here's to betting local gaming stores such as Datablitz will carry pre-orders for this.