Chinese smartphone brand Vivo looks like they're having a good year, albeit what they tagged as a "roller coaster year". They've recently announced that they were able to retain their spot in the top five premium global smartphone brands in the world. 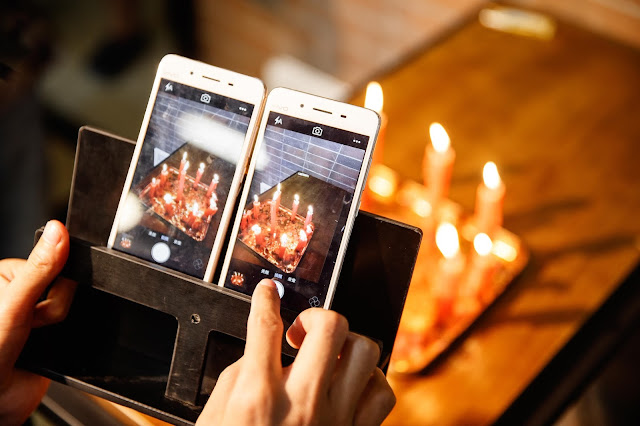 Now, what does this mean to us ordinary people? It means two things: one, Vivo is consistently producing quality smartphones as many of their customers have found, and; two, Vivo is going to continue its trajectory with outing at par, if not better, smartphones versus its peers. That's a win for us consumers, provided they maintain or make more affordable their current pricing scheme.

Steph Curry would be so proud to be endorsing a winning brand.

Read the full press release below:

Vivo Mobile Communications Co. Ltd. has once again retained its spot as the top five premium global smartphone brand in the world, a title it has held for five consecutive quarters.

This is according to the latest figures from the International Data Corporation (IDC) Worldwide Quarterly Mobile Phone Tracker, which provides detailed and timely information on total mobile phone and smartphone markets worldwide.

Data from IDC found that 2016 was a roller-coaster year for the smartphone market, with a total of 1.47 billion units sold—the highest year of shipments on record—yet up only 2.3% from the 1.44 billion units shipped in 2015.

As for Vivo, the brand shipped a total of 24.7 million smartphones in the holiday quarter, a notable increase from the 12.1 million units shipped in the fourth quarter of 2015.

“Majority of shipments continue to be in China, but Vivo has been extremely aggressive with its marketing in a number of countries in Asia as it looks to extend its global reach,” the global market intelligence firm explained.

Also, the firm noted the shift in preference for many consumers, who are choosing more affordable smartphones over the pricey brands, even as Chinese vendors continue to innovate and produce technologically advanced premium-range units.

“The top three Chinese vendors are persistently applying pressure on Samsung within China, thanks to a vast portfolio of affordable, well-built devices—not just low-end but high-end devices, which have proven viable options for consumers looking to save money and upgrade without sacrificing quality,” said Anthony Scarsella, research manager with IDC’s Worldwide Quarterly Mobile Phone Tracker.

Also poised to develop one of its biggest markets in the Philippines, Vivo is known globally for its competitive but high-quality premium-range offerings and its first-to-market innovations such as the Vivo X1, one of the slimmest phones in 2012 and the world’s first smartphone to feature a Digital-to-Analog (DAC) converter Hi-Fi chip, and the Vivo X3 in 2013, the first smartphone in the world with a 2K resolution display.

The brand’s flagship phone, the Vivo V5 Plus—the first smartphone to have a 20-megapixel dual front camera—along with other units in the V5 Line, the V5 and the V5 Lite, is predicted to capture the hearts of the selfie-centric phone market, with the Philippines known as a certified hot spot for selfies, and with Filipinos putting a premium on selfie-friendly camera features when purchasing smartphones.