Chinese smartphone company OPPO has focused on enhancing its cameraphone portfolio eversince this reviewer can remember, and that has helped legitimize their endeavor through the years. There's no wonder then, that the term #SelfieExpert is synonymous with them.

The company's latest #SelfieExpert installment comes in a phablet form - the OPPO F3 Plus. One of the biggest changes it brings to the table is its dual front-facing cameras that can produce wonderful photos, even bokeh shots - one of the most sought after photo types. But are dual front-facing cameras enough to sell this device? Here's the review.

Similar to all OPPO smartphones in the F series, the OPPO F3 Plus uses the same design language: It has a huge display with thin bezels, a physical home button down under with a gold trim, utilizes the same camera and LED placement at the upper left side of the rear of the device, and has its own antenna lines running from left to right, albeit its now three lines per side, instead of the usual one. It's very recognizable as an OPPO device, even from far away.

The front of the device boasts a huge 6-inch display, with Gorilla Glass 5. Unsurprisingly, and with OPPO choosing to be classy, they've also thrown in an attached screen guard on top of the Gorilla Glass 5 display, just for good measure. These are the simple things that make us love OPPO, really. Other local or international brands will be throwing in a premium for a simple screen guard, but here's a Chinese company that has it pre-installed, and for free. 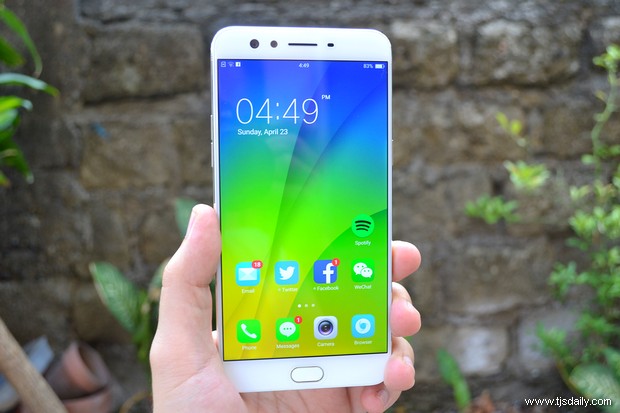 Moving on, here's where you find the dual front-facing cameras - one obviously bigger than the other - and the control buttons at the bottom of the display. Regarding the control buttons, OPPO changed the clickable home button (with a gold-trimmed lining) to a fixed one, and I think it fits the machine nicely. You also get LED-illuminated back and menu buttons just right beside.

One thing that most users won't find at first is the device's notification LED. It comes in a single color, white, and it doesn't glow on all notifications, unless you explicitly set it to on an app's menu. 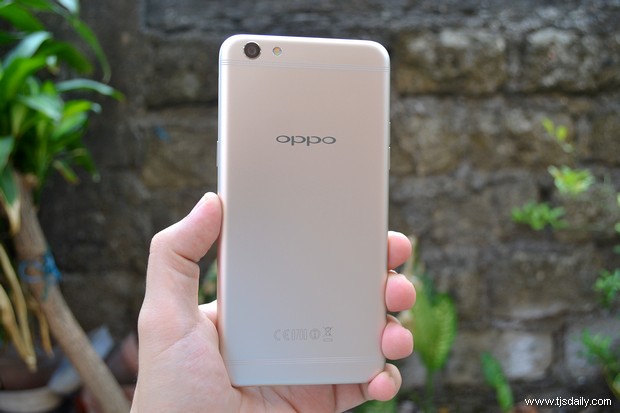 The rear side meanwhile features the device's single rear camera together with its dual tone LED flash, the OPPO branding at its center, and the antenna lines at both ends of the device. What we like here is how the company masterfully executes a very clean gold look without the area looking barren, plus the added CE logos at the bottom. 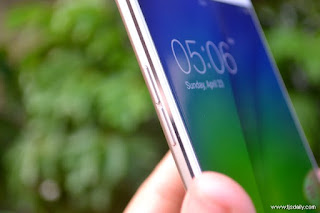 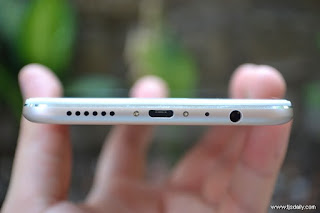 The left and right sides both contain the volume rockers, the power/lock button, and the hybrid SIM card slot. The bottom side meanwhile has the external speaker, a USB Micro-B OTG port, the mic slot, and the headphone jack. Regarding the USB port, it's unfortunate that the company's latest release still doesn't carry USB-C (as it supports faster charging and data transfers), but it's very much okay anyway, since the market penetration of Micro-B is still high. 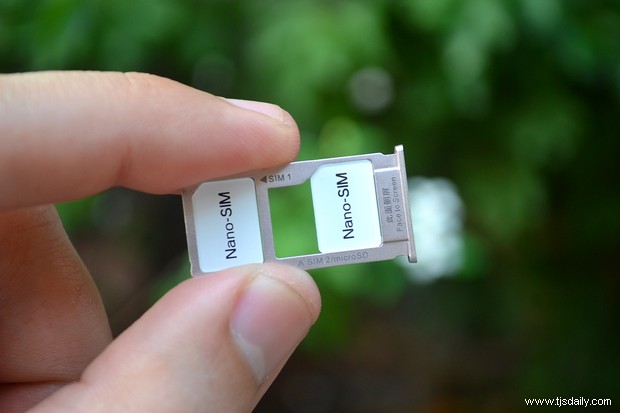 Heft-wise, the device is wide and heavy to hold, projecting that premium metal feel.

The OPPO F3 Plus boasts 6-inch Full HD IPS display at a 1920x1080 display resolution, and 367 pixels per inch. It doesn't have the highest pixel count, but it sure reproduces near-to-a ccurate displays on screen. You'd think that whatever you're viewing would be stretched due to the real estate, but boy you're in for a treat. 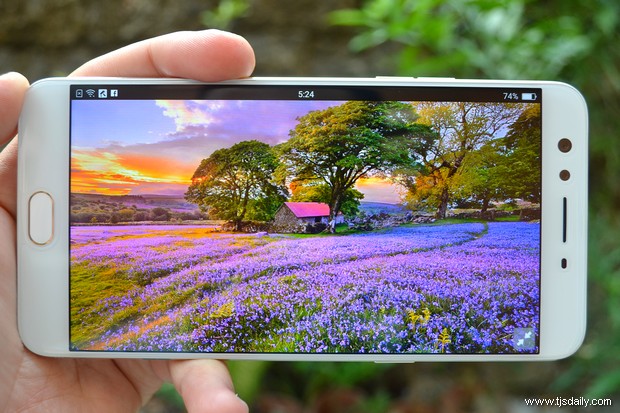 What we love about the OPPO F3 Plus's display is how sharp, detailed, and saturated it looks. For the most part, looking at a city building photo is akin to looking at a high definition pages of a skyline in a glossy magazine. There's also the fact that reds, greens, and blues look swell on the display. Whites on the other hand look proper, against other similar mid-ranges that have whites with a yellow hue.

Another option that we love with the display is its brightness settings: You can decrease the brightness to near zero - best at nighttime environments, to very high levels primed for outdoor use (and yes, it's very effective under the sun!). These used to be taken for granted by manufacturers through the years, but have recently caught on since companies focused more on usability rather than who can pack the best hardware in a device. Related to usability, you also have the option to enable "Eye Protection" display, a feature that turns your display to yellow, "cancelling" harmful blue light so you won't damage your eyes.

Going to the UI, you get the ColorOS 3.0, laid over Android Marshmallow. For those who are familiar with Xiaomi, Vivo, and iPhone UIs, then it's pretty similar to those, though you lack the customization to automatically arrange your apps alphabetically. You do have the option to adjust them manually from one page to another by hand, provided you have some time to kill. 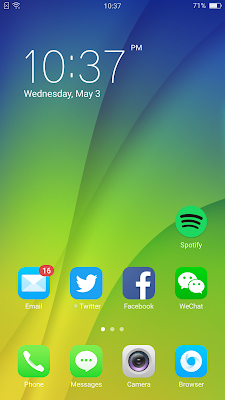 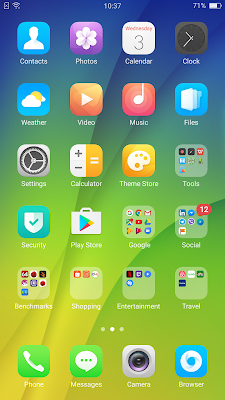 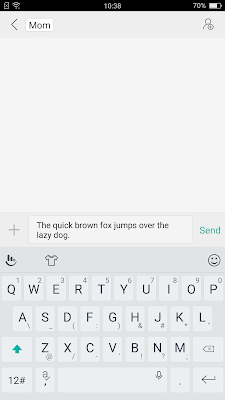 As with most OPPO products, you won't get any bloatware from the company, which is always welcome, as these unneccessary apps just hog precious memory.

The OPPO F3 Plus has a 10-touch point display.

Without question, the OPPO F3 Plus is the company's most powerful device yet. Backed by a 1.9GHz octa-core Qualcomm MSM8976 Pro Snapdragon 653 CPU, an Adreno 510 GPU, 4GB LPDDR4 RAM, and a set 64GB onboard storage, the device is a performer to say the least, and that's being conservative. 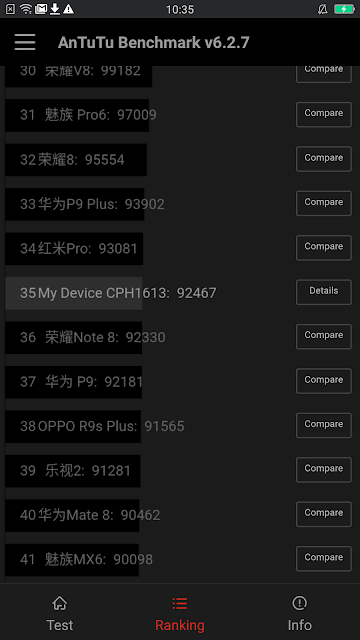 Now, we're going to cut to the benchmark chase and head directly to AnTuTu results, which is 92,467. This score lies in the realm of the Huawei, Meizu, and OPPO mid-rangers. Ten thousand points further would push you to iPhone and Samsung levels; imagine being the more affordable phone just a tier below from more expensive brands - I consider that a compliment.

I can't recall a moment where the device didn't run like a hot knife on butter. Loading times from drawer to camera were pretty insignificant, and so are force-closing other apps via the ColorOS tray. Realistically speaking though, the OPPO F3 Plus is plenty fast for regular users; benchmark scores need not matter too much. To add, as long as the device gives you a great user experience, then that should be sufficient.

Now this is where we're starting to step on the OPPO F3 Plus's territory. Video processing should already be a given if you will, since, as mentioned in the initial paragraphs, the on-screen reproduction of whatever you're viewing at the device is wonderful, especially that the device boasts a Full HD resolution. 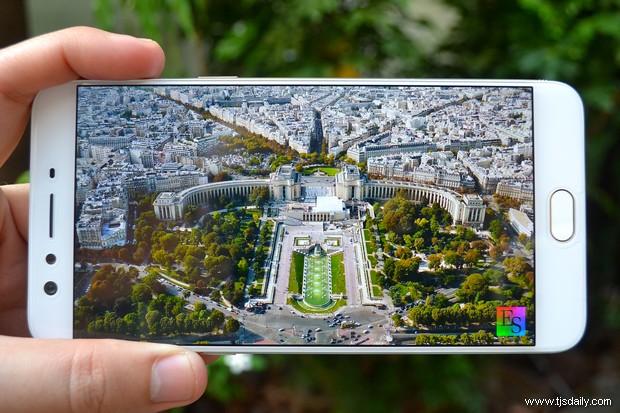 But - and here's a big but - you should listen to us talk about the external speaker on this device. Remember the BoomSound speakers of HTC's glorious past? You know, those front-facing stereo speakers years ago? I guess what we're trying to say here is, the OPPO F3 Plus's single external speaker almost sounds like that, with an emphasis on almost. Almost because the device only boasts mono. Try playing bass-heavy or electronic here and you'll get quality sound output. A direct competitor's smartphone (which I would not name here) stands on the tinny side as compared to the F3 Plus's audio performance.

Regarding the earpiece, sound clarity is crisp and clear. We found no issue here.

With a Snapdragon 653 SoC and 4GB RAM, you should be able to play whatever game you throw at the device. NBA 2K17 runs like it's nobody's business on the OPPO F3 Plus with moderate settings, and so is Mobile Legends on maximum settings. 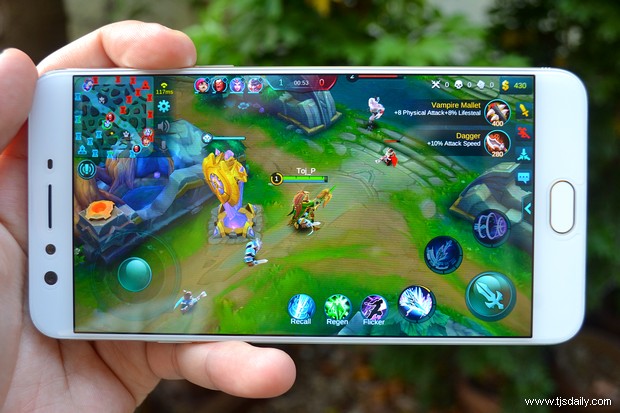 While a bigger device means a better gaming experience, well, it still depends. Due to the heft of the F3 Plus, we found our hands and arms tired from holding the device upwards after two games of Mobile Legends. The advantage on the other hand is lesser finger stress, since you get to play on a wider screen.

The OPPO F3 Plus boasts dual front-facing cameras - one 16MP, the other 8MP - and one 16MP Sony IMX398 rear camera. It also features 120-degree wide-angle captures, a dual-tone flash, and dual PDAF OIS. 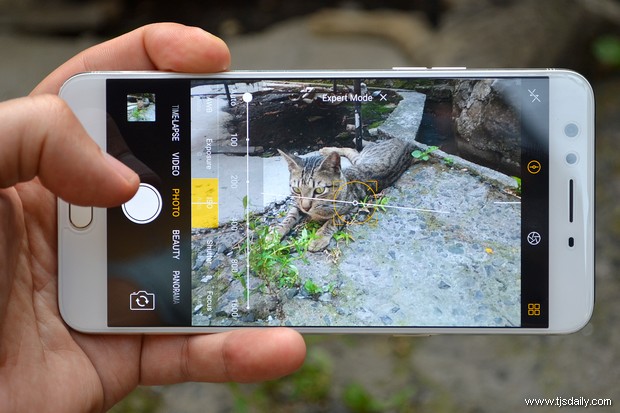 To discuss first, the device's Sony IMX398 camera produces great quality photos, even if selfies and groufies are what the device is about. You get very sharp images under well-light environments with the OPPO F3 Plus. The device's imaging algorithm also contributes wonderfully into the photos captured, since you get cleaned up images post-process. The same rear camera also does well in nighttime environments, and with minimal noise. 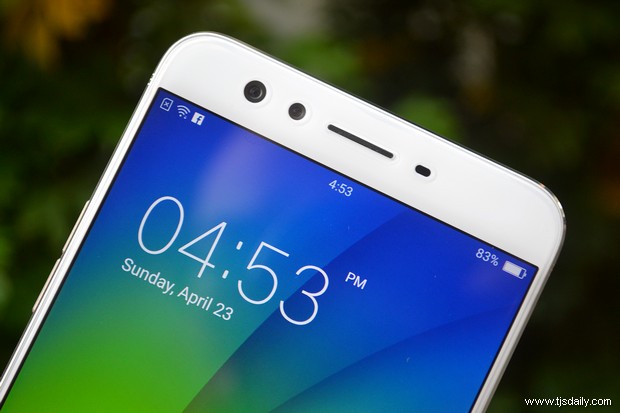 The twin front-facing cameras on the other hand are totally different animals. To put it simply, it can clean your face via another imaging algorithm, i.e. remove blemishes, scars, wrinkles, and the like, to a scale of 0 to 10 (with 10 being the cleanest), and simulate bokeh effects on your selfies. You also get to boast not using selfie sticks anymore, as the 120-degree wide-angle feature is enough to capture a group of people - a groufie, if you will. And to make it taking groufies easier, you can initiate taking photos by voice, touch, or via hand gestures.

Now, since the selling point of this smartphone are these cameras itself, there's no point in not jumping into the fray to test them. See photos below. 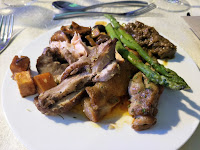 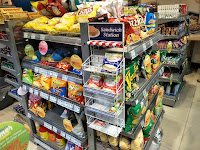 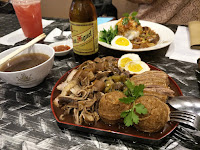 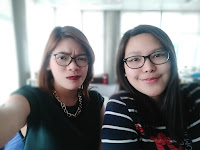 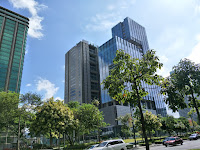 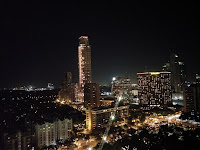 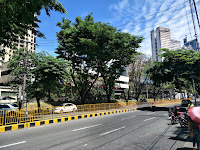 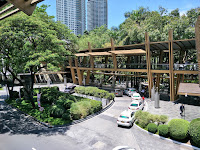 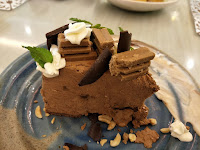 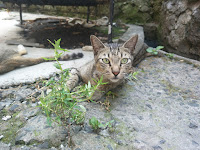 Another thing that photography enthusiasts would love is the OPPO F3 Plus's Expert Mode. This feature allows you to manually adjust camera settings to your liking, and with the proper hands and skill set, this device can definitely produce wonderful, near-magazine quality images. You can set the ISO to 1600, hold out the shutter up to 16 seconds, and pump the EV up to 5, to get you that star night photo - at least in theory. We've been unable to apply it since we live in the Metro - too much light noise or cloud cover. 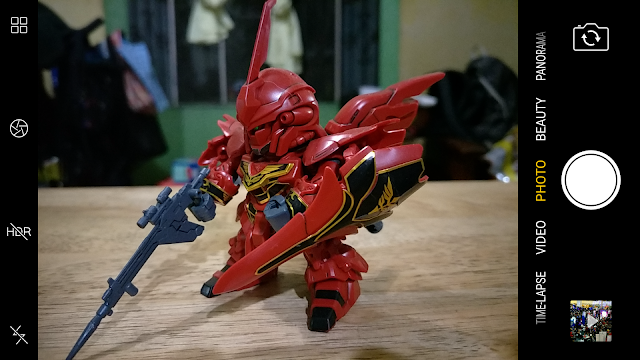 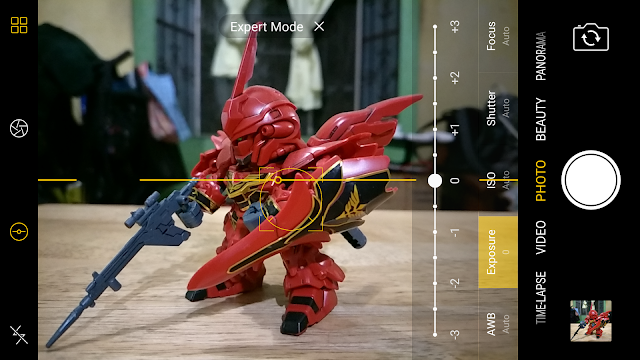 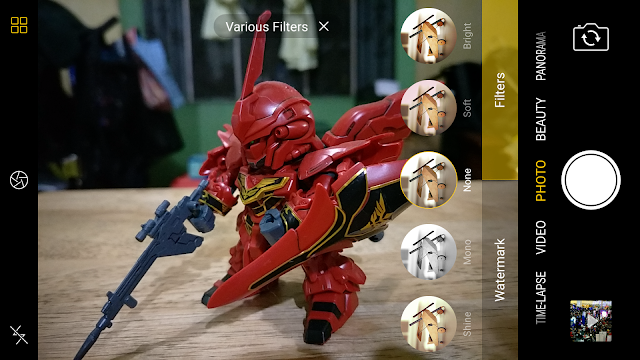 You also get lots of other photo enhancement features with the OPPO F3 Plus, such as making short GIFs, more image filters, Double Exposures on images (literally just shooting photos twice with the device stacking both scenes in one image), and Ultra HD. 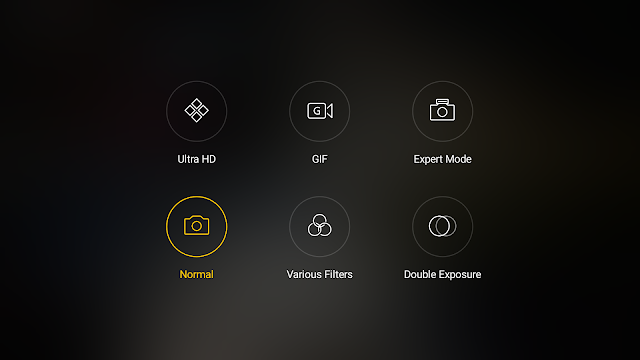 The camera dashboard uses OPPO's custom camera UI which is pretty intuitive and easy to use.

The OPPO F3 Plus tanks the battery game with a 4000mAh non-removable battery that comes with the VOOC fast-charging technology. The device lasts 8 to 9 hours easy, depending on the usage (I use mine for light gaming, light data-enabled browsing, and Bluetooth). Charging time on the other hand goes for up to an hour thirty minutes tops, from 0 to 100%, provided you use both the charging cable and charger unit. 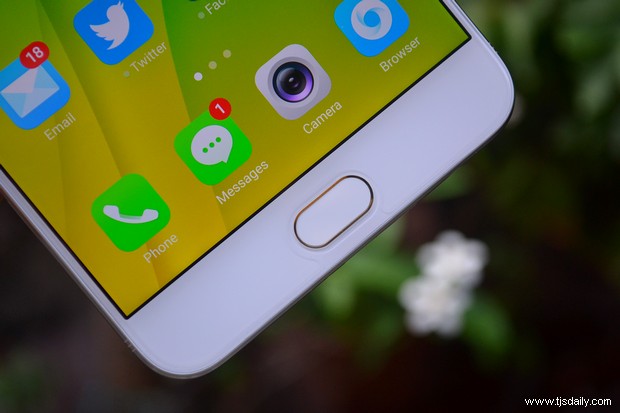 As you know, the OPPO F3 Plus carries a fingerprint sensor with it, and it's one of the fastest I've worked with. I've had flagships take time (relative to tenths of a second, so it's still fast) in reading my fingerprint, but this smartphone's figerprint sensor just blows the competition out of the water. There's also the fact that it maintains its accuracy, even under dust and smudges.

While we think that phablets are on their way out, mainly because international flagships are already adopting phablet-sized displays on smaller frames, the OPPO F3 Plus begs to differ. This device was one of more recent smartphones that we actually test drove a lot. It's fun to use, albeit uncomfortable at times, and has a full suite of features too, such as a great camera, strong sound, and a great display. We'd love to have it as our daily driver, as we don't find any fault with it. It's good at what it does. 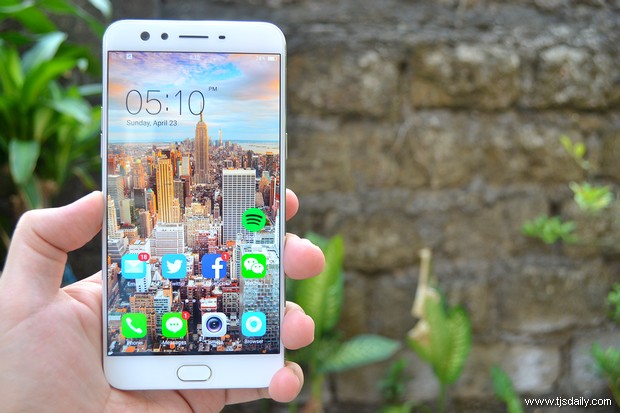 However, the OPPO F3 Plus fails to bring innovation to the table - there's nothing special with it aside from its cameras and fast charging feature, and we're not sure if its current price tag is the right price for it, though we concede that it flew off store shelves the moment it launched for sale.