The Reskill Bug In Flyff.

Another one of my gaming specials.

Flyff is a good game, or should I say, was a good game since Aeonsoft/Gala keeps on releasing crappy updates. So, why am I talking about this? It's because of of another bug: The Reskill bug. This game is well-known for its bugs. I don't know what the hell is the problem, since the game was already on commercial launch years ago. Developers should've fixed bugs a long time ago or at least not let any bugs spill every version update.

Anyways, this Reskill item costs about 400-500m in the game. If you're a player or not, you'd still get the idea that this thing is expensive. Almost everybody is selling Reskills for 20-50m. What a quick price drop right? But it's not the players' fault. It clearly is from the developers. Why? Because they won't do their job properly. Well, if this Reskill bug is done purposely by the developers, then good for us. Free Reskills. 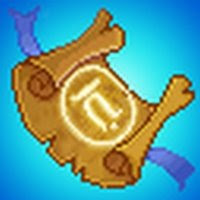 A Reskill scroll.
So, maybe you're thinking. How do I do this bug? Simple, though I think everybody knows this already. Here:
1. Create a new character. It's better if you do this on a new account.
2. Do everything as normal. Take quests. kill monsters etc. Just be sure to reach level 15.
3. Take any job change quest.
4. Finish the quest 'till you get your job changed.
5. Voila! A free Reskill! Now trade it with a character that needs some skill point redistribution. I think it could even be mailed.

That's it. I don't know how long this is gonna last. But local publishers has no power to alter this because it's in the source codes as far as I know. Only the developers can deal with this. I'm also not sure if this is illegal or not. Since everybody's doing it openly in public and no one seems to bother them, let's take it as not illegal. Just be sure to only take what you need. Don't create too much Reskills. Don't be greedy.