Nintendo. At least for me.

Microsoft's improved Xbox 360 Slim was a no-brainer. The red ring of death pretty much haunted the old Xbox 360. And of course, with what Sony did to the PS3, Microsoft will follow suit. See? It's a no-brainer. Better housing, better performance, cheaper materials, and a removable HDD too. That's nice.

On the other hand, the Kinect was a renamed Project Natal. It was announced at last year's E3. Looks good and fun albeit its webcam looks. Scratch that. It looks like something you'd place on the top of your Blu-Ray player. It's a movement/sound-capturing device that lets your actions be translated into something inside the game you're currently playing. Don't look down on this E3 player though. There's lots of games waiting to take advantage of this "new" technology (considering that Nintendo already applied movement and sound capture technology years ago). 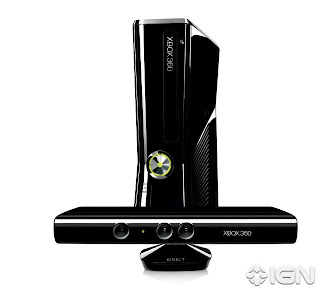 For an additional $149.99 (Gamestop), crowd says no. Many thought Microsoft performed so-so this year, and many were embarrassed and/or laughing at their press conference. That man, I do not know. If something, they could've performed better. Clearly MS is just after Nintendo's casual gamer market.

A lot of people, gamers and non-gamers alike, were disappointed, or should I say, fuming mad at Sony's E3 expo. These people were expecting a Hiroshima bomb that is the PSP2. Sadly, there was no PSP2 to be found anywhere at the expo. And to think that people (with too much idle time at their disposal) followed Sony up to the patent registry office to find a certain Playview, which many thought was the PSP's successor. I think Sony got irritated at those folks and ditched the Playview unveiling at the last moment. 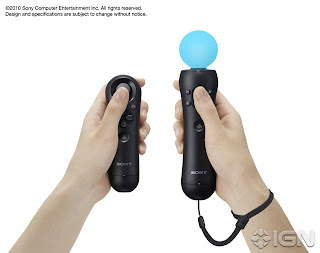 But don't fret. Hope is not lost. The Playstation Move, as some pundits said, would interest developers into making great games. The device is promising at best.

I admit I'm a Sony guy. Since the mid-90's I've been all Sony. I'm not very much into Nintendo stuff except for their Pokemon franchise (man, who doesn't love Pokemon?). Personal rantings aside, Nintendo is my top performer for this year's E3. They took the stage and delivered. And as expected, as the Hiroshima bomb (that is the PSP2) wasn't dropped, the Nagasaki bomb (that is the 3DS) have exploded big time. People were giving positives every time Nintendo dropped something, title after title, front after front. No price yet for the 3DS. It's worth waiting for anyway. I'm hoping to buy one once it hits local shores. 'Nuff said.

Sony, Microsoft & Nintendo all won in this category. But if I had to choose a first, I'd say Sony.

They all had solid titles right from the start: Gears of War 3, Black Ops, Fable 3, Ocarina of Time, inFamous 2, Killzone 3, Portal 2, Zelda, Kirby, Vanquish, Twisted Metal, God of War: Ghost of Sparta, Gran Turismo 5 and so much more. Personally I had a sensory overload with all the eye candy around. I was just like, wow. In roughly 20 years, we went from the Family Computer to this. Everything's jaw-droppingly (almost) real. I'm happy that I'm living at an era as fantastic as ours today.

Well, people have different opinions. Some say Sony won, some say Microsoft. In the end though everybody's a winner. These games are coming in the near future for us to totally enjoy regardless of brand.