God of War is arguably Sony's number one IP, and God of War III is certainly a top reason to purchase a PS3. Sony is hoping that the upcoming God of War: Ghost of Sparta will do the same for the struggling PSP business. The first portable God of War game, Chains of Olympus, was a hit with fans and PSP owners, earning a 91 on Metacritic. The game pumped out some great PSP visuals and retained the God of War gameplay style nicely despite being on a portable. 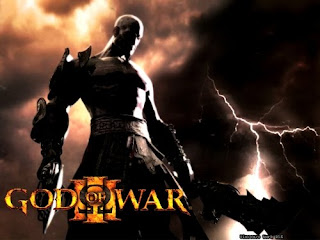 Sony says that God of War: Ghost of Sparta, in development by Ready at Dawn, will raise the bar even higher for Kratos and the PSP in general. In our exclusive interview with Sony Worldwide Studios VP Scott Rohde, the man could barely control his drooling over the title.

"God of War: Ghost of Sparta. That’s a really amazing looking game. I think that this late in the PSP cycle, you're seeing the best-looking PSP game that’s been created," he gushed. "I think it really looks great. And I think that you still can’t have that kind of epic home console experience, you know, necessarily, on the competition that you can have on the PSP with these big games like God of War: Ghost of Sparta. I don’t usually tout a single title, and say 'It’s the best ever…' but this really looks good."