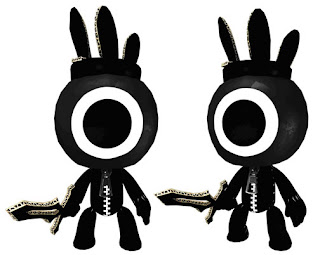 I believe we have the first official trailers of the upcoming solid PSP titles Patapon 3 and DJ Max Portable 3. I'm a big fan of both rhythm games, and I've been waiting for them to come out. As of this writing the Patapon 3 trailer in here only has 97 views while the DJ Max Trailer has only 42 views. That's how new these trailers are. So like, watch on:

I especially love the DJ Max Portable 3 trailer. "The real music game made by musicians" it says. If you watched the video you'll notice the names Croove, Bexter and Planetboom. Well, they're the real deal. They and their songs have been involved in every DJ Max project. So it's nice to know that they actually made led the game's creation. So excited.