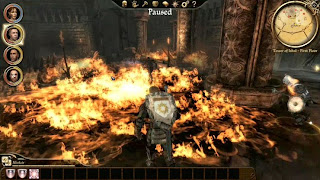 This just about seals the deal. Dragon Age won't be coming over to handhelds. This was confirmed by no less than BioWare big boss Greg Zeschuk.