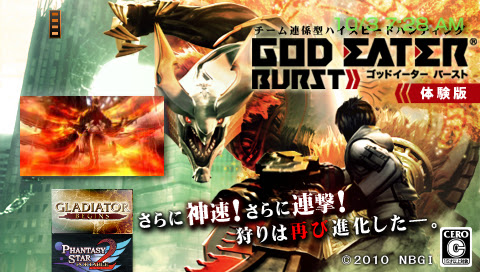 Don't worry, the game is legitimate. It's not pirated. It's an official download from Namco Bandai.

I know, I'm as excited as you are. I want to test this game out so bad. The only thing I don't have right now is the luxury of time. But what the hell, this is God Eater Burst we're talking about. Since the first God Eater story seems kind of a cliffhanger, I'd download this sequel right away while it's still up if I were you.