Breaking news: Uumons and Bekimons have been spotted living in huge numbers in Uzbekistan. Uzbekistan is now considered as the second Uumon and Bekimon capital of the world, next only to the Philippines.

An Uumon, much like its relatives, the Bekimons and the Jejemons, is another variation of the ever-evolving Homo shungasis, a totally distinct species of Homo family that was recently identified at a 2010 expedition at the urban jungles of Metro Manila led by Russian scientist Mendelev Engotschkikov. While it is verifiable that the Homo shungasis evolves much more rapidly than their human relatives and is believed to be endemic only in the Philippines (although claims of it have been challenged by fellow Uuographers), it is still unknown why their ability to write and speak properly degrades at the same pace of their rapid evolution.

• Seen in massive numbers in Facebook, Friendster, Multiply, Formspring, Twitter, television chatroom channels and everywhere unlike Jejemons whose media penetration only reached Facebook and Friendster*;
• Growing at a moderate pace, unlike the Jejemons which have experienced a rapid population boom and then a sharp and drastic population decline;
• Almost, if not all, composed of females who has either nothing better to do or are just trying too hard to sound cute and young, which most of time time irks human males to the point of nervous breakdowns, sometimes even fatal infatuation (see: in-love).

*It is notable though that Jejemons have garnered much television media attention, unlike its predecessor the Bekimon, which enjoyed minimal air time 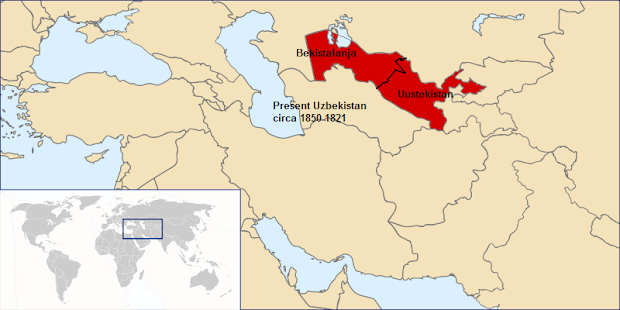 This claim has been vehemently condemned by the Philippine University of Public Utilities (PUPU) where Mendelev Engotschkikov and Juan dela Cruz are prominent members. They were noted saying that "the claims of Uktam Sunnat Seyfat Abdumalik Jamol Bakhrim Makshad Hashim Sherzanad Berdiyor Elmurod are nothing more than fantastical fiction to claim what has already been claimed." The tumultuous argument was presently put to a halt when President Noynoy Aquino stepped in to intervene, which is now historically known in France as The Interventiones Greates Aquino Sessiones 2010 (TIGAS 2010).

Unlike the other "mons" which one can distinguish by clothing preferences and overdone facial make-up, Uumons are almost utterly indistinguishable with their human counterparts. Humans and Uumons look similar in every aspect, be it their weekly habit, their food choices, their hangout places. Which brings Engotschkikov to conclude that all "mons" share a similar weakness - their inability to properly form legible and sensible sentences. Below are some of the words the Russian explorer has discovered during his journey in the Philippines:

Uumons have a far more superior brainpower than their Jejemon counterparts. The Uubrain weighs on average about 3 lb (1.5 kg) with a size (volume) of around 1130 cubic centimetres (cm3) in women and 1260 cm3 in Uumonized Bekimons, although there is substantial individual variation. This may be the reason why selected Uumons have reached such laudable academic statures in human society (see: College) while Jejemons seem only capable of finishing secondary (see: High school). Even with a brain size comparable to average human beings, it still baffles Uuientists (normal people that study Uumon sciences) on what causes Uumons to resort to using the Uubet, when in fact, they are slightly more intelligent than other "mons."

It was previously thought that the Jejemons were the first to "evolve" their eye colors to whatever color they want it to be through their extensive knowledge of Adobe Photoshop and various internet programs. It was attributed to them by Filipino adventurer Juan dela Cruz. Presently, there are multitudes of evidence that this fact is indeed false. Mendelev Engotschkikov may have gathered enough proof to challenge this long established "fact."

As suggested by respected subclassist Lanilei Zabralta, Uumons could be divided into more subclasses in the near future to exact the identifications of Uumons exhibiting varying traits from the majority of the population. They are the:

Bebemons - Speech heavily relies on trying to "baby-fy" themselves. Examples of sentences used by this subclass are "Ansawap naman nitoeeeehhh" and "Patuwong naman pwease". They are not in anyway associated with Elmer Fudd and Tweety Bird. Always found on Facebook;

Nimons - Speech heavily distorts words with IN to NI. Examples of sentences used by this subclass are "Nikurot nya ko kanina" and "Niiinis sya ni Jana kahapon". It is to be noted however that NI-original words are not corrupted by the Nimons ex. Nilaspag doesn't become Inlaspag; Nilinis doesn't become Inlinis;

Kitmons and Lanmons - Speech involves corrupting the words "Bakit" and "Lang". This subclass has a text reply word rate of 1 corrupted word per text with the words always followed by a question mark "Kit" and "Lan". 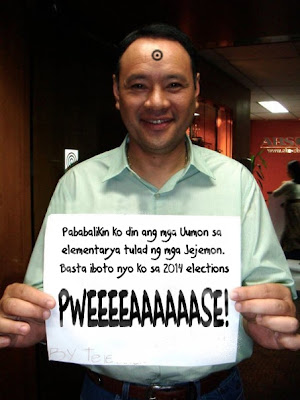 At the same time of the Engotschkikov expedition, world reknowned Filipino adventurer Juan dela Cruz determined that Jejemon population have drastically been reduced, thanks to the continuing efforts of Gilberto Teodoro's JSE (Jejemon Specialty Education) and Grammar Nazis.

Although Jejemon eradication still pushes through and can be considered a major success, it is not the same story with Uumons. It seems that majority of Uumons, with their high attractiveness and heavy charm, are not as persecuted. Male humans and Grammar Nazis easily get infatuated and disabled by an Uumon's charm and beauty. In fact, many had fallen pray to the Uumon's easy going nature. This is observed through a group identified by the police as the Uumon Sais Triad.

The Uumon Sais Triad is a group of juvenile Uumons intent of captivating the hearts of male humans and Grammar Nazis so they can rule the Republic of Philippines. One of the six, identified only with the monicker "Liz" has been said to have already captured the heart of our President Benigno Simeon Aquino and that people fear another tyrannical takeover by this group, as per GMA 7 interviews (see: Project Noynoy).

Unlike other Uumons who bear no identification marks, one can identify members of the Uumon Sais Triad with the marks they bear on their foreheads, a circular tattoo with a central dot in the middle, long believed to be the symbol of Uumon ancestors. Professor Robert Langdon has associated it with the symbol of Venus.

It is said that you should say "Uuwi na pu aku padaan pu" in an audible manner whenever you encounter one of the six above. Be sure to pronounce the U's in the sentence prominently than the other letters. Witness accounts say that victims who didn't pronounce the U's in the sentence in a prominent manner suffered from fatal infatuation. Authorities are still seeking the capture and arrest of the Triad members. Each Triad member has a P10,000,000 bounty sponsored by the Philippine Government.

Philippine Executive Secretary Jojo Ochoa is said to have been secretly planning the launching of the Uunism Act of 2011 which states that Uumons, like Jejemons, are a threat to society and its normal living conditions and that they need to be educated properly. The clauses of this act is said to have borrowed heavily from Gilberto Teodoro's JSE. It is unclear however whether Teodoro will support the Act since her wife is rumored to be an Uumon herself.

President Aquino, meanwhile, remains mum on the matter. He was seen at a private meeting at a hotel in Tashkent, capital of Uzbekistan with Uumon Sais Triad member "Liz".

This is a work of fiction. It is not meant to disrespect anyone. It's sole purpose is for its fun and comedic value. For those who are offended by this article, apologies.

Besides the public figures mentioned above such as Gilberto Teodoro Jr. and Jojo Ochoa, the six girls in the picture of the Uumon Sais Triad have their identities protected in this post. I have barred their eyes and their nicknames and even monotoned the picture. Their pictures in the internet outside this blog are not my responsibility anymore as such is already publicly available for viewing.


Again, everything in this post, except the paragraphs after the line above, is made up and is pure fiction.